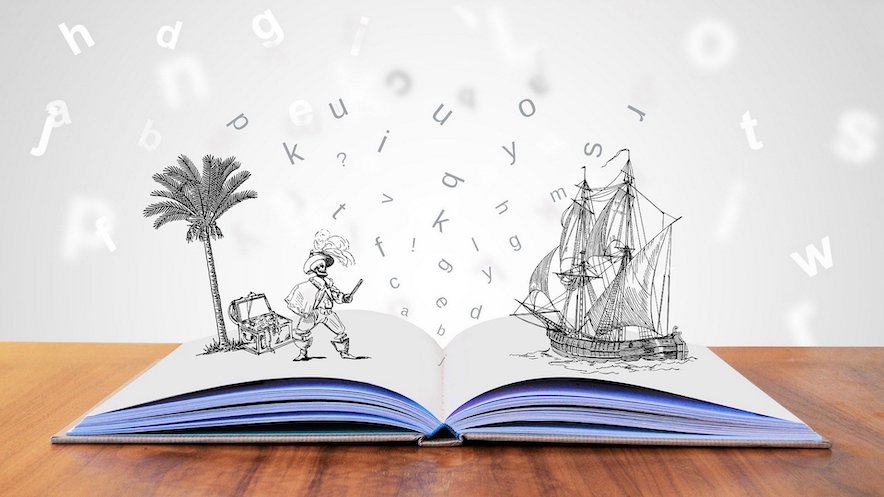 Sometimes you want a book that tugs at your heartstrings, that allows you to feel your full range of emotions and makes you think differently about the world and your place within it.

And sometimes you want a book with a dad joke for a title.

These pun-derful mysteries are a great light read! Perfect for the beach, eating your lunch in the park, or just relaxing on the couch.

1. A Room with a Brew by Joyce Tremel 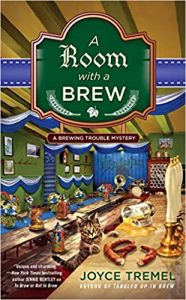 Set in Pittsburg, PA, pub owner Maxine “Max” O’Hara is getting ready for the local Oktoberfest celebration, but everything slams to a halt when members of the Oompah Band she hired are found murdered. What a way to ruin a good time! Now Max must solve the crime, or the festivities will be completely shut down.

Punning off of A Room with a View by E.M. Forrester 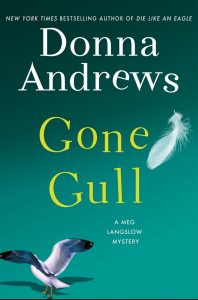 Meg Lanslow is spending the summer with her grandmother, Cordelia, at the newly opened Biscuit Mountain Craft Centre. But things are not going smoothly – someone is vandalizing the property and setting the new business up for failure. Meg is determined to find the culprit. Her grandfather, on the other hand, is determined to find a rare bird.

Punning off of Gone Girl by Gillian Flynn.

3. The Cakes of Wrath by Jacklyn Brady 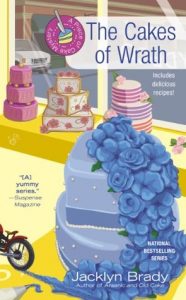 Rita owns a cake shop in New Orleans, and her life is Busy, with a capital B. She’s not just baking cakes, she’s also working with the local business alliance, and on top of that, she was almost hit by a van! Her savior is Moose Hazen, another local business owner. When Moose’s wife Destiny turns up dead with Rita’s prescription pill bottle in her hand, there are more questions than answers: could Moose be a killer? Is he trying to frame Rita for the crime? How could this have happened?

Punning off of The Grapes of Wrath by John Steinbeck.

4. Silence of the Llamas by Anne Canadeo 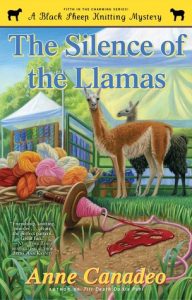 The Black Sheep Knitting group is holding their annual Fiber Festival, and Maggie Mesina jumps at the chance to set up a booth to promote her store. But a shadow is cast on the festival when farm owners Ben and Ellie find their pack of llamas has been covered in paint, and the main suspect in the vandalism is found dead. Maggie now finds herself playing the role of detective, determined to figure out this mystery before it’s too late.

Punning off of The Silence of the Lambs by Thomas Harris.

5. Much Ado About Muffin by Victoria Hamilton 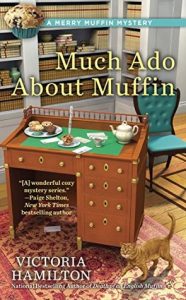 Roma Toscano has arrived in Autumn Vale, New York not-so-ready to hit the stage. Though she’s a trained opera singer, she has terrible stage fright and isn’t certain if her charming personality will save her. People in town have mixed reactions, but postmistress Minnie Urqhart is certainly not on her side. That is why, when she is found dead at the post office, Roma is the first suspect on the list. Now Roma and her friend Merry must try and track down the real killer, or Roma might never hit the stage again.

Punning on Much Ado About Nothing by William Shakespeare.

6. The Walking Bread by Winnie Archer 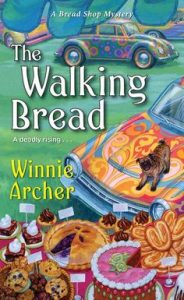 Mexican bakery Yeast of Eden has just signed on to a big catering gig at a car festival in Santa Sofia, California. Apprentice baker and festival photographer Ivy Culpepper is baking bread, snapping photos, and solving crimes when the body of Max Litman is found dead, and the main suspect is Billy: Ivy’s brother. With the help of friends and co-workers, can Ivy clear her brother’s name in time for him to win the festival’s main competition? She’ll have to put her brain into high gear to figure out this mystery!

Punning off of The Walking Dead comics and TV show.

For more pun-tastic stories, visit NoveList, a free Library resource you can access with your library card. Find fantastic book suggestions based on what you like to read, including thousands of author and title read-alikes for all ages.