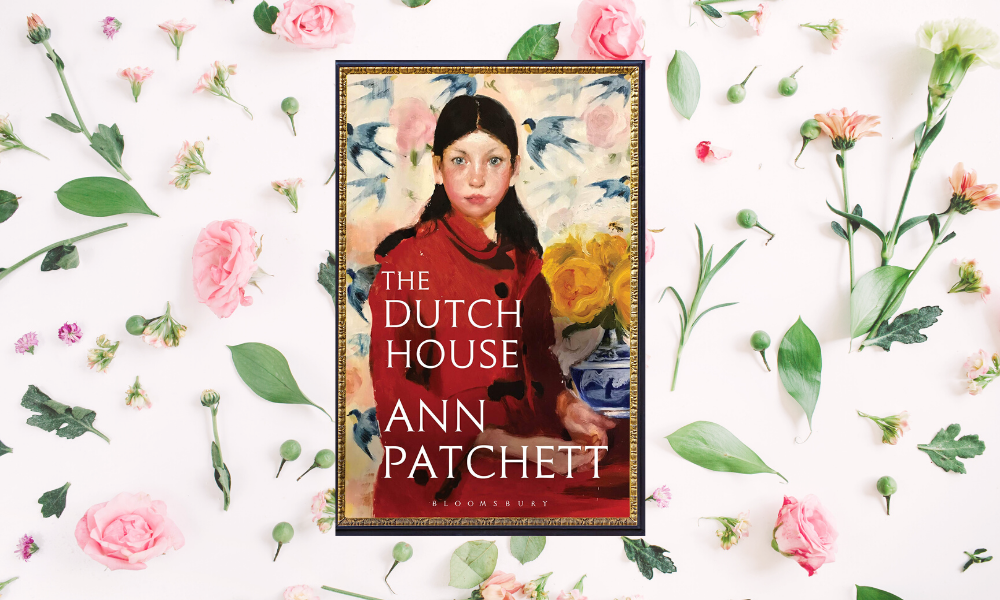 The Dutch House by Ann Patchett, opens a new window has received numerous accolades since its publication in September 2019: It was a finalist for the Pulitzer Prize, a New York Times Bestseller, TIME Magazine’s 100 Must-Read Books of 2019 and it was named one of the Best Books of the Year by NPR, The Washington Post, O: The Oprah magazine and Buzzfeed, among others.The audiobook was even read by Tom Hanks! As a result, it was a finalist in the 2020 Audie Awards for Audiobook of the Year and Best Male Narrator. It’s no wonder that this is one of Halifax Public Libraries' most requested books.

The Dutch House is a lavish estate in the suburbs outside of Philadelphia that Cyril Conroy purchases as a surprise for his wife. The house sets in motion the undoing of everyone he loves. The story is told by Cyril’s son Danny, as he and his older sister Maeve, are banished from the house they grew up in and thrown into poverty. Set over five decades, The Dutch House is a moving story that explores the lasting bond between two siblings, the house of their childhood, and a past that will not let them go.

If you’re waiting to get your hands on a copy, or you loved the book and are looking for something similar, we’ve put together a list of comparable reads you might enjoy.  Each of these books is available through in our Collection and as digital copies on OverDrive, opens a new window .

1. The Immortalists by Chloe Benjamin

Chloe Benjamin's novel, follows the story of four siblings in the year of 1969. When the siblings hear of a gypsy living near them in the Lower East Side of Manhattan that can tell when one would die, their curiosity gets the best of them. The prophecies influence their next five decades. Like The Dutch House, this family saga is moving and sweeping. It revolves around family relationships and well-developed characters. This New York Time Bestseller also appeared on many “Best Books of the Year” lists.

2. Red at the Bone by Jacqueline Woodson

Red at the Bone

Moving forward and backward in time, Jacqueline Woodson's novel uncovers the role that history and community have played in the experiences, decisions, and relationships of these families, and in the life of a new child. It is similar to The Dutch House in that it is a coming-of-age story that explores family relationships. Its characters are authentic and complex.

3. Anything is Possible by Elizabeth Strout

Pulitzer Prize winning author Elizabeth Strout’s novel, Anything is Possible, showcases the deep bonds of family and the hope that comes with reconciliation. This collection of intertwined short stories that reads like a novel, is a sequel to My Name is Lucy Barton. It features a group of small-town characters who cope with love and loss. The characters are introspective and complex.

4. The Turner House by Angela Flournoy

The Turner House tells the story of a Detroit family with 13 children as it responds to the economic hardships of the city, in the 1940s, and then in 2008. The house that sees the changes in the family, also becomes a character in the family's saga. It features multiple generations of the Turner family as they deal with disappointments, triumphs, love and family bonds.

5. The Care and Feeding of Ravenously Hungry Girls by Anissa Gray

The Care and Feeding of Ravenously Hungry Girls

The Butler family has had their share of trials—as sisters Althea, Viola, and Lillian can attest—but nothing prepared them for the literal trial that will upend their lives. As Althea and her husband are arrested, Lillian and Viola must come together in the house they grew up in to care for their sister's teenage daughters. Like The Dutch House, this novel explores the complexities of sibling relationships.

6. The Most Fun We Ever Had by Claire Lombardo

The Most Fun We Ever Had

Spanning 40 years, this novel tells the story of Marilyn and David Sorenson, still in love after all these years, and their four radically different adult daughters. A long buried secret threatens to shatter the lives they have built. Like The Dutch House, this novel explores family relationships, deals with family secrets and has characters that are well-developed. This book was longlisted for the Women's Prize for Fiction.

7. The Nest by Cynthia D’Aprix Sweeney

Every family has its problems but the Plumb family is particularly dysfunctional. This novel follows the four adult siblings as they squabble over a long depended-upon family inheritance. This New York Times Bestseller has a compelling storyline with well-developed characters.

This read-alike was put together with the help of Novelist, another free Library service you can access with your library card. Find fantastic books suggestions based on what you like to read, including thousands of author and title read-alikes for all ages.  Happy reading!