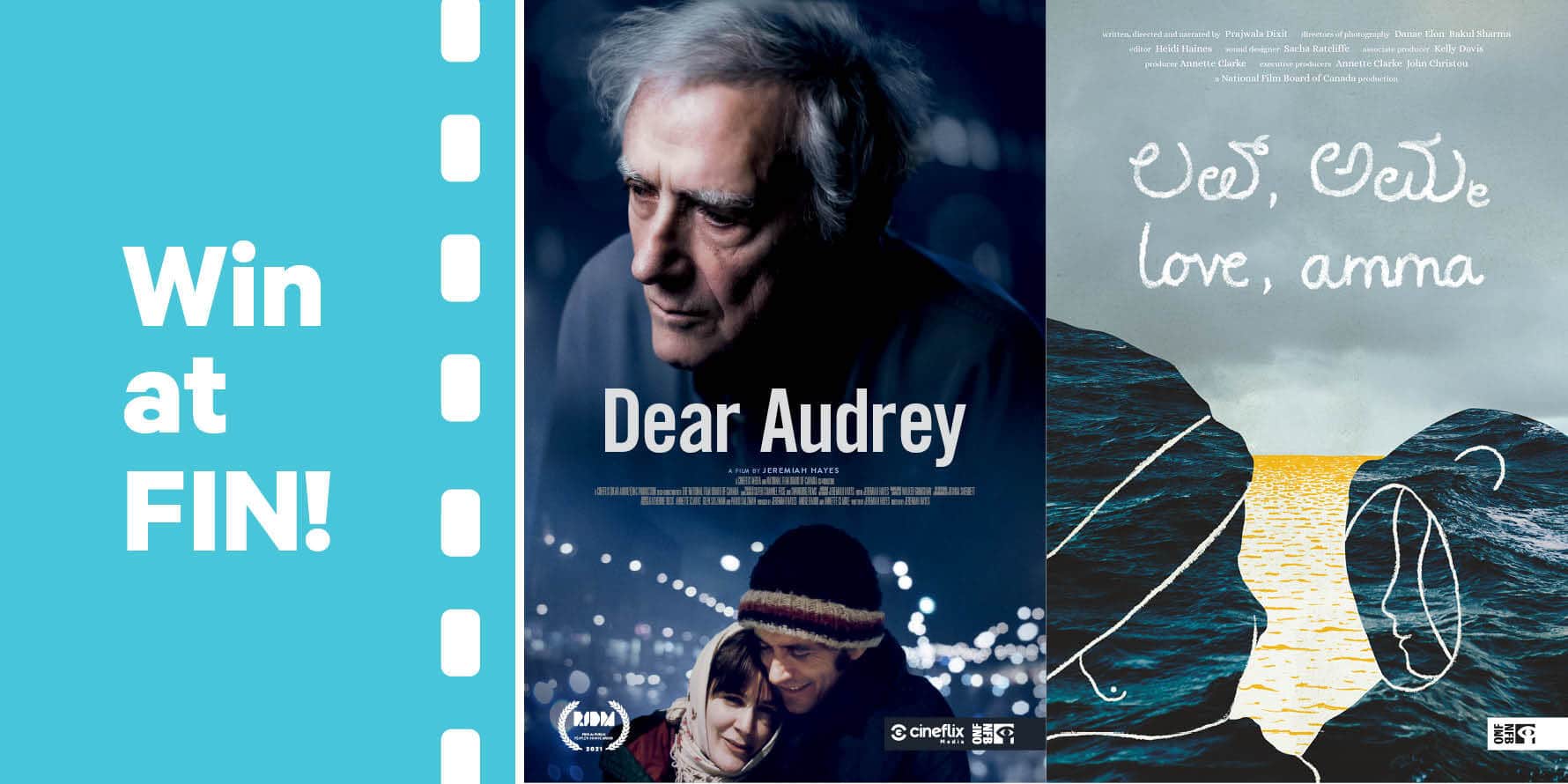 Contest closed. Thanks for participating! Winners have been contacted directly.

Thanks to our friends at the National Film Board of Canada, you and a guest could win tickets to a premiere at the 2022 FIN International Film Festival in Halifax.

Acclaimed activist-filmmaker Martin Duckworth has devoted his life to peace and justice. But now he’s put down his camera to fight for the most important cause he’s ever faced. While caring for his wife through the final stages of Alzheimer’s disease, Martin’s love deepens as he looks back on an epic life and career.

After being diagnosed with borderline personality disorder, a young mother writes a letter to her daughter about their family’s collective journey to acceptance.