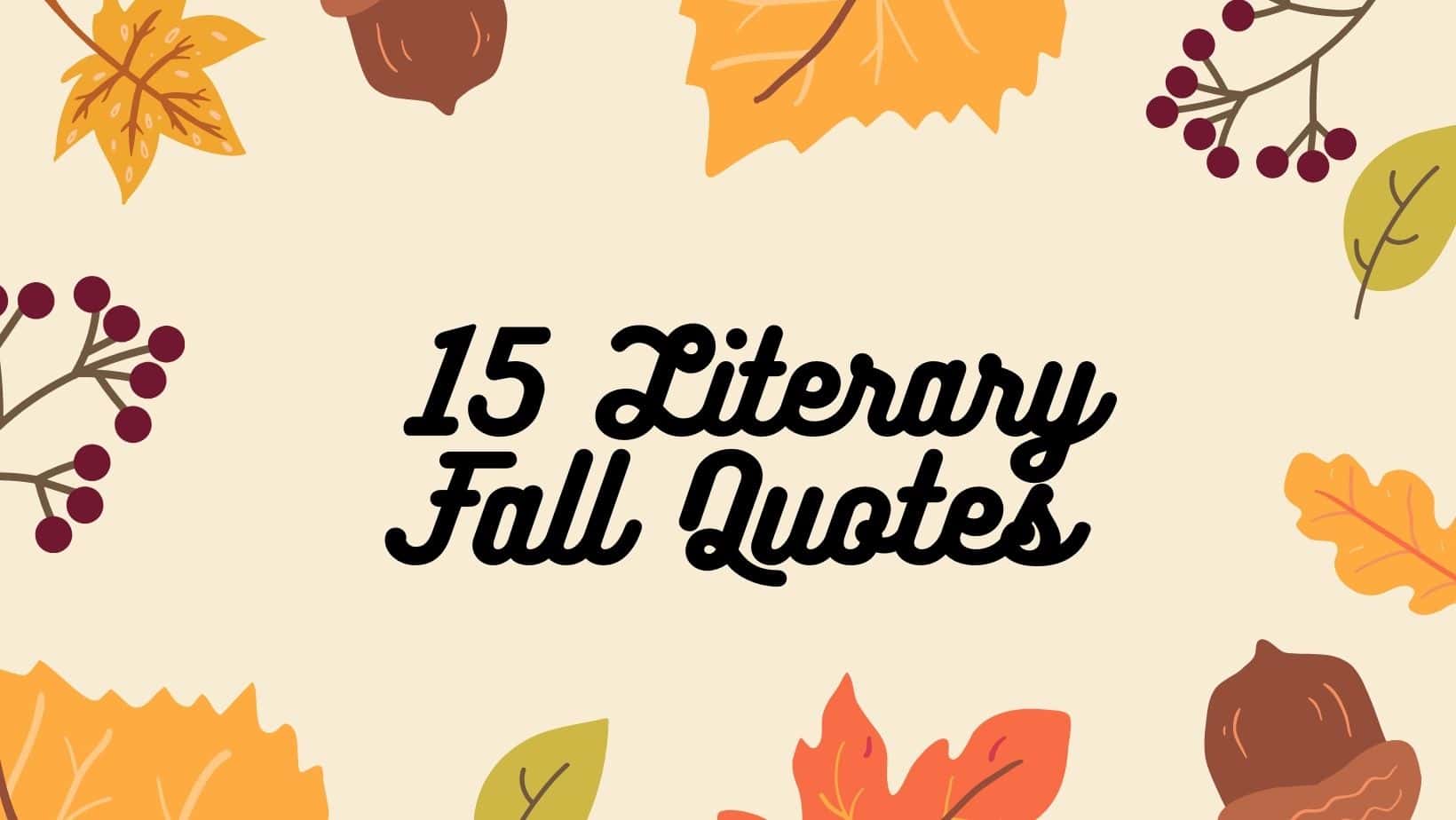 It's that time of year again where the days grow short, the air cools, and the leaves change. That time of year when you look around and see the trees ablaze with the colours of fall, pumpkins on doorsteps, orchards pregnant with apples ripe for the picking. It's such a beautiful and hopeful time of year, even if it means that winter is just around the corner. To celebrate the changing of the seasons, here are 15 literary quotes that will get you into an autumnal mood!

“Life starts all over again when it gets crisp in the fall.” —F. Scott Fitzgerald

“Aprils have never meant much to me, autumns seem that season of beginning, spring.” —Truman Capote 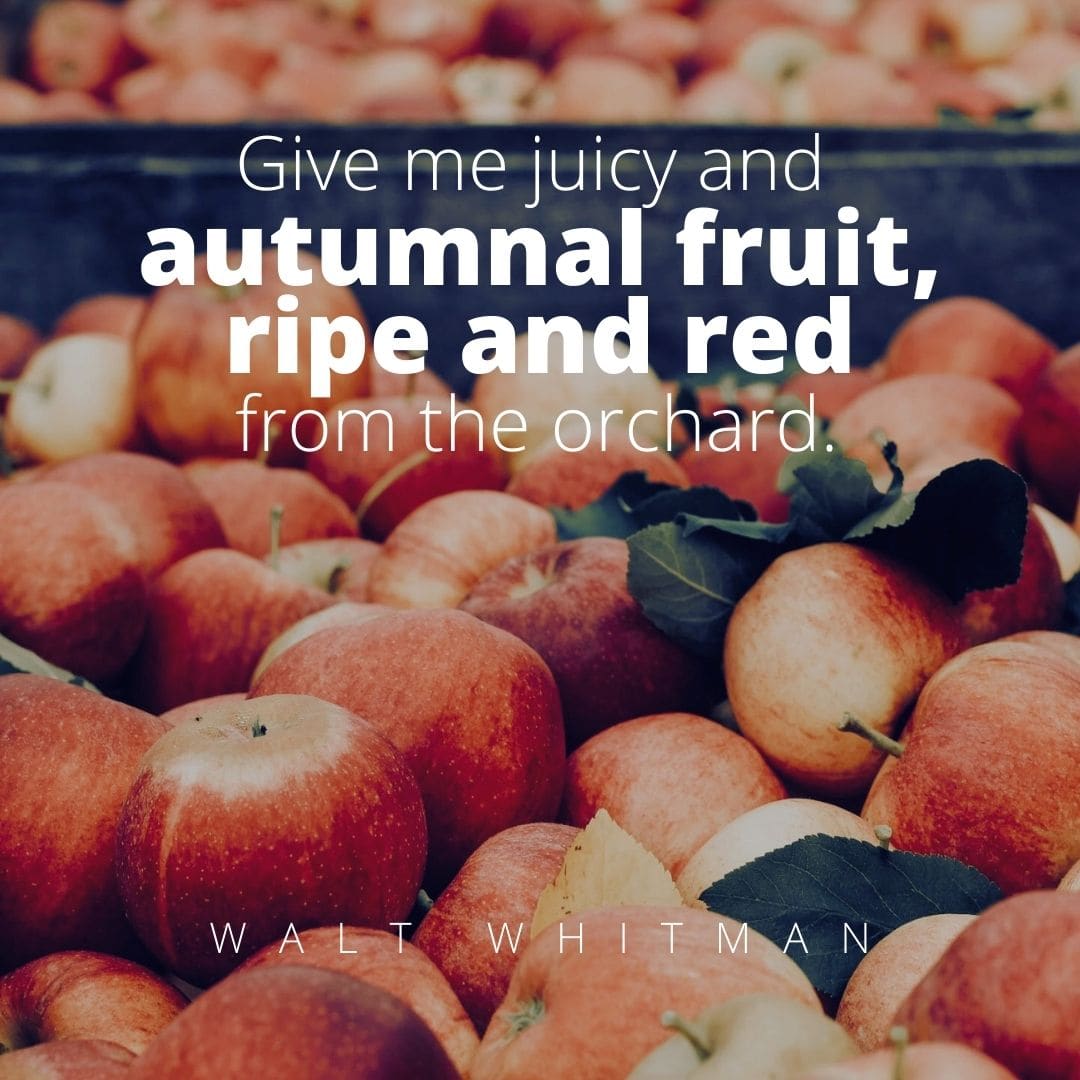 “Her pleasure in the walk must arise from the exercise and the day, from the view of the last smiles of the year upon the tawny leaves and withered hedges, and from repeating to herself some few of the thousand poetical descriptions extant of autumn — that season of peculiar and inexhaustible influence on the mind of taste and tenderness — that season which has drawn from every poet worthy of being read some attempt at description, or some lines of feeling.” ― Jane Austen

“No spring nor summer beauty hath such grace as I have seen in one autumnal face.”—John Donne 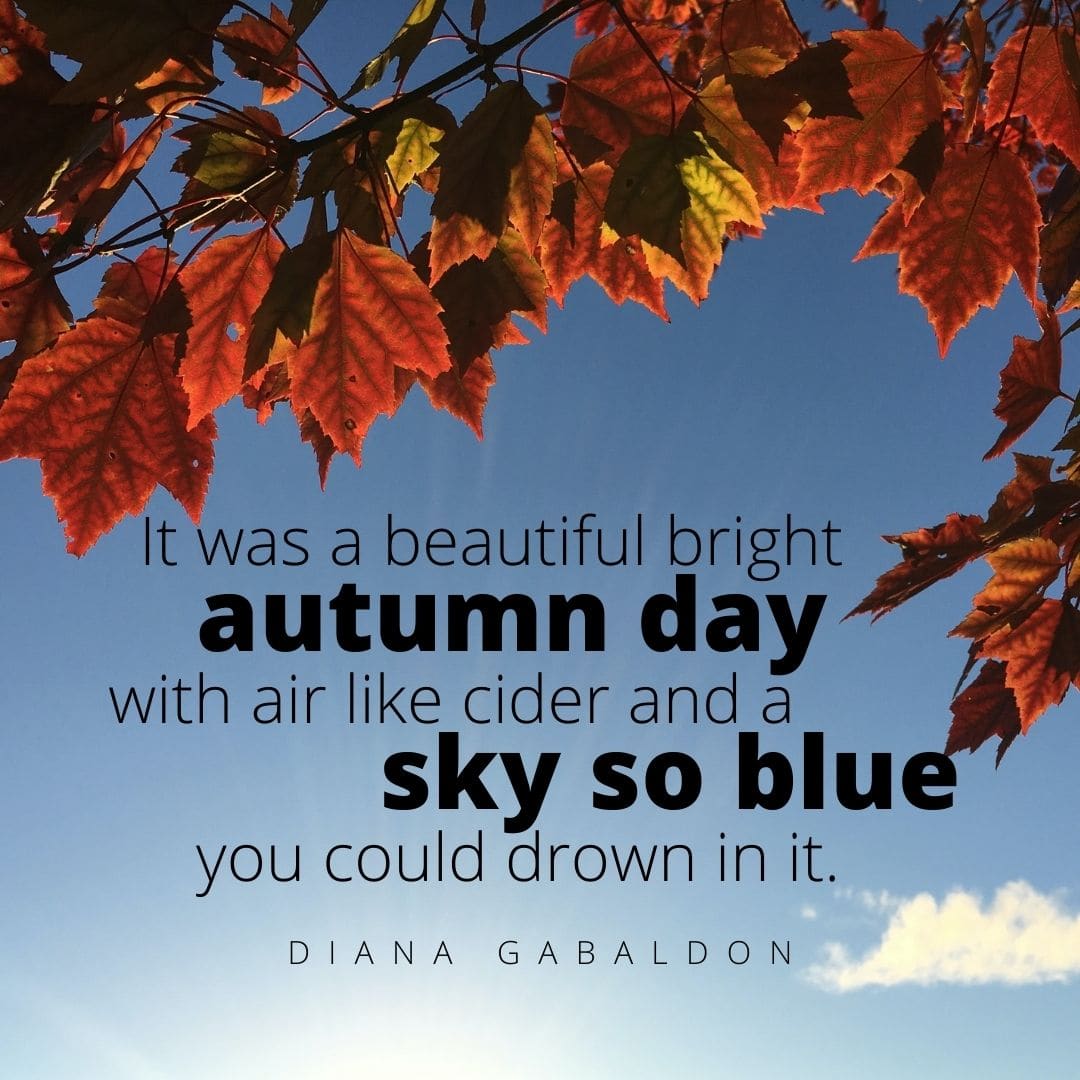 “I would rather sit on a pumpkin, and have it all to myself, than be crowded on a velvet cushion.”—Henry David Thoreau 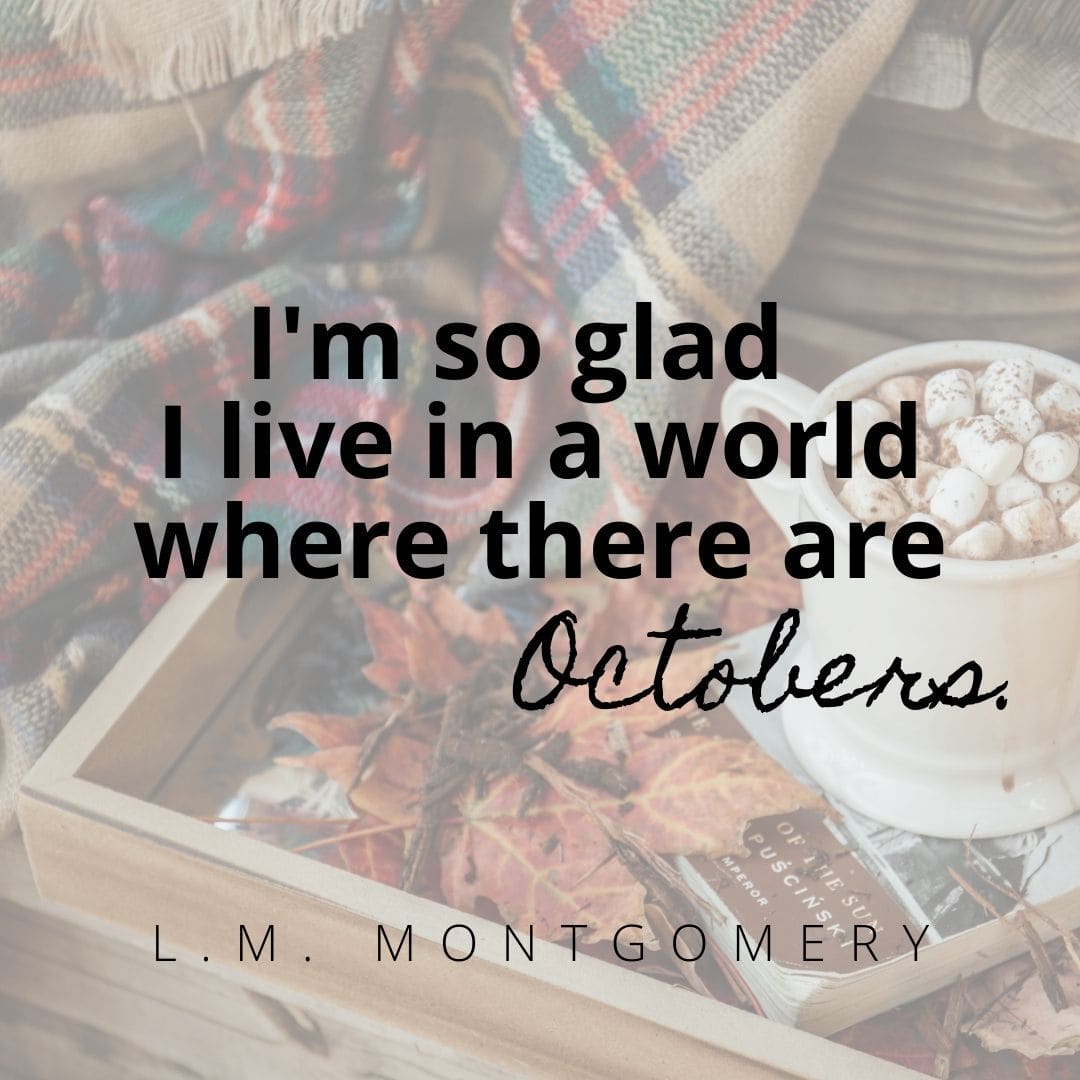 “For as long as she could remember, she had thought that autumn air went well with books, that the two both somehow belonged with blankets, comfortable armchairs, and big cups of coffee or tea.”— Katarina Bivald

“Autumn seemed to arrive suddenly that year. The morning of the first September was crisp and golden as an apple.”
- J.K. Rowling 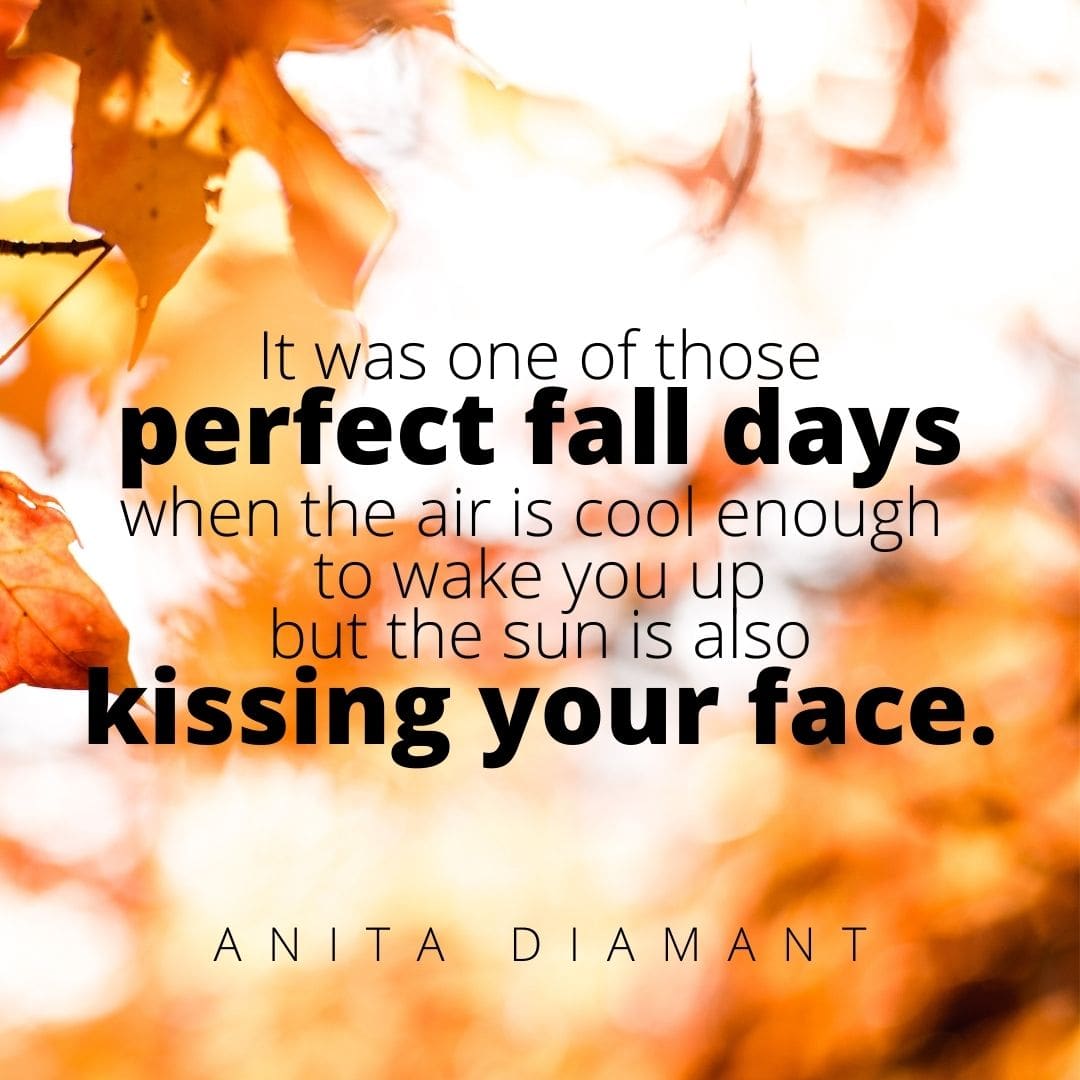 “He found himself wondering at times, especially in the autumn, about the wild lands, and strange visions of mountains that he had never seen came into his dreams.”
― J.R.R. Tolkien

“Even now I remember those pictures, like pictures in a storybook one loved as a child. Radiant meadows, mountains vaporous in the trembling distance; leaves ankle-deep on a gusty autumn road; bonfires and fog in the valleys; cellos, dark window-panes, snow.”
― Donna Tartt 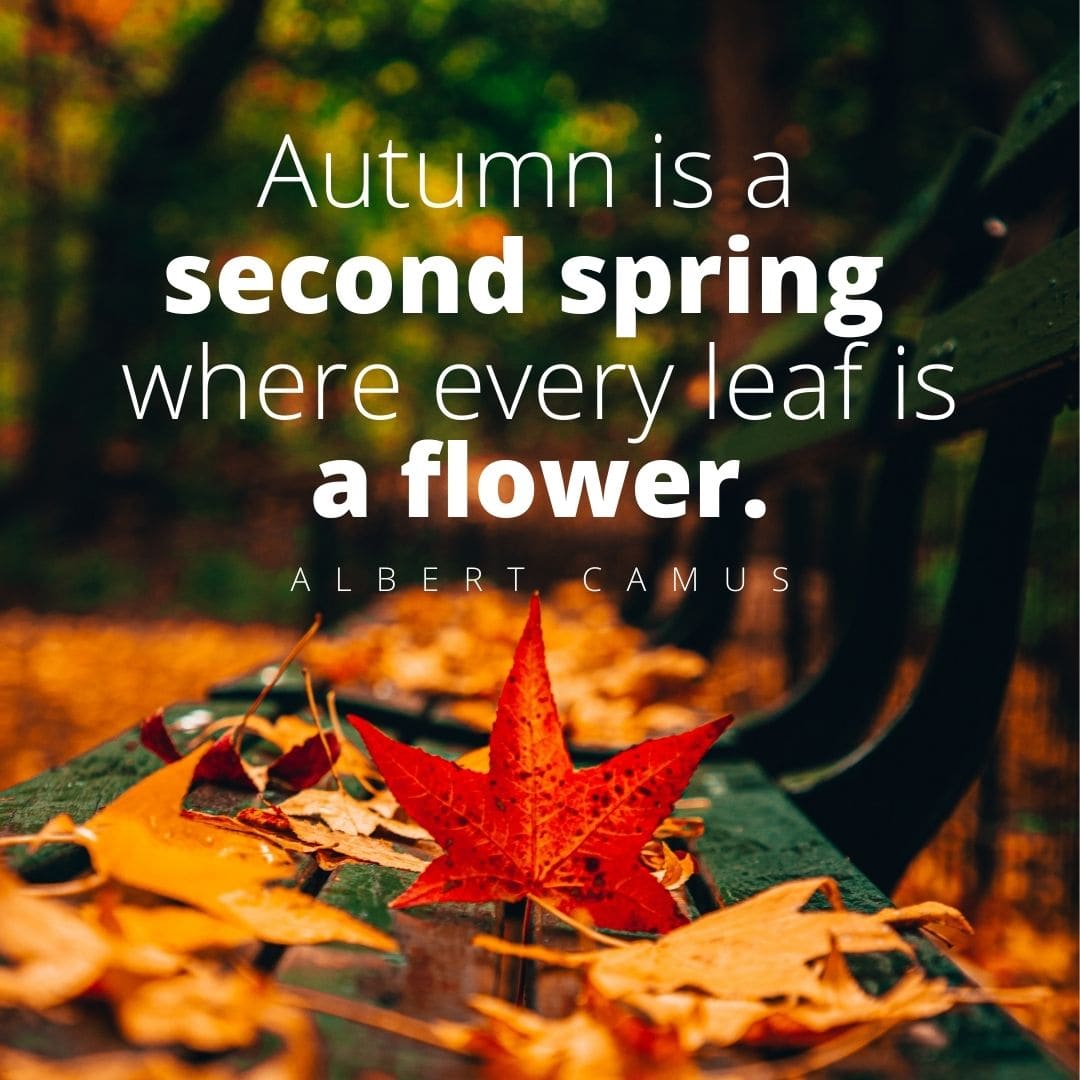 “Fall has always been my favorite season. The time when everything bursts with its last beauty, as if nature had been saving up all year for the grand finale.”
― Lauren DeStefano

What's your favourite fall quote? Tell us in the comment section below!