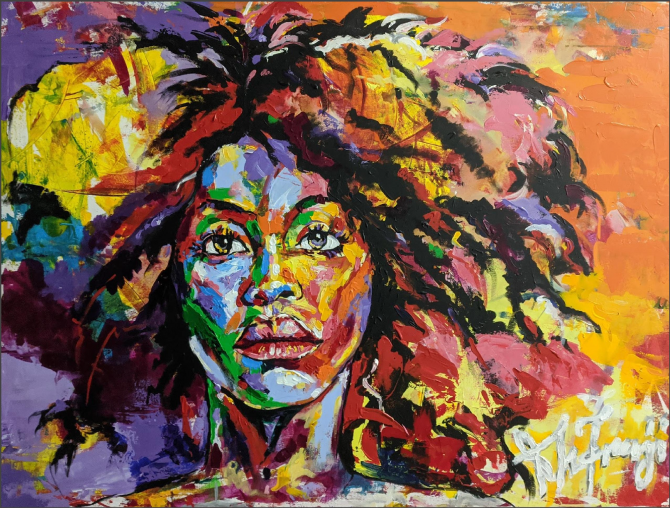 In celebration of African Heritage Month at Halifax Public Libraries and beyond, Woodlawn Public Library is hosting a community art display by Halifax-based artist Boma Nnaji.

Take a look through the image gallery for a preview of some of the pieces that are currently on display and read more about the artist below.

Boma Nnaji was born in coastal West Africa in 1980. Boma took to drawing at an early age, even before he could write and was quickly drawn to the art of comic books—which he spent time creating many volumes of his own superhero tales.

In later years, during the 90’s Hip-Hop cultural explosion, he became fascinated with graffiti arts, the visual element of this  music genre at this time. Further interest was cultivated in arts during his undergraduate art and design courses while studying architecture. 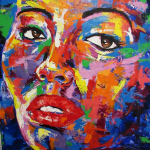 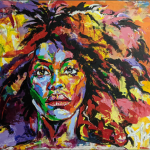 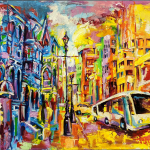 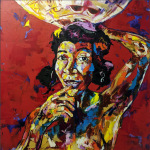 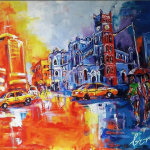 After completing his degree, Boma delved even further into his artistic practice, which involved human studies in relation to place and culture. The vibrant paintings that Boma creates are heavily influenced by his tropical heritage infused with a passion for graffiti art. Boma cherishes this connection between a traditional African colour palette and modern street art. He feels that the artistic exchange between these art forms creates a refreshing and brand-new take on conventional subjects.

Boma is inspired by everyday subjects such as faces and places. Being an avid traveller, he is passionate about recording the subjects of his travels which include interesting faces and Architecture.

As an artist, Boma’s mission is to express the beauty of humanity and human achievement through his paintings.

Art displays at the Library

When it comes to the arts, Nova Scotia is spoiled for talent, and we're pleased to feature local art in many of our Library spaces. Click here to learn more about art displays in our branches.