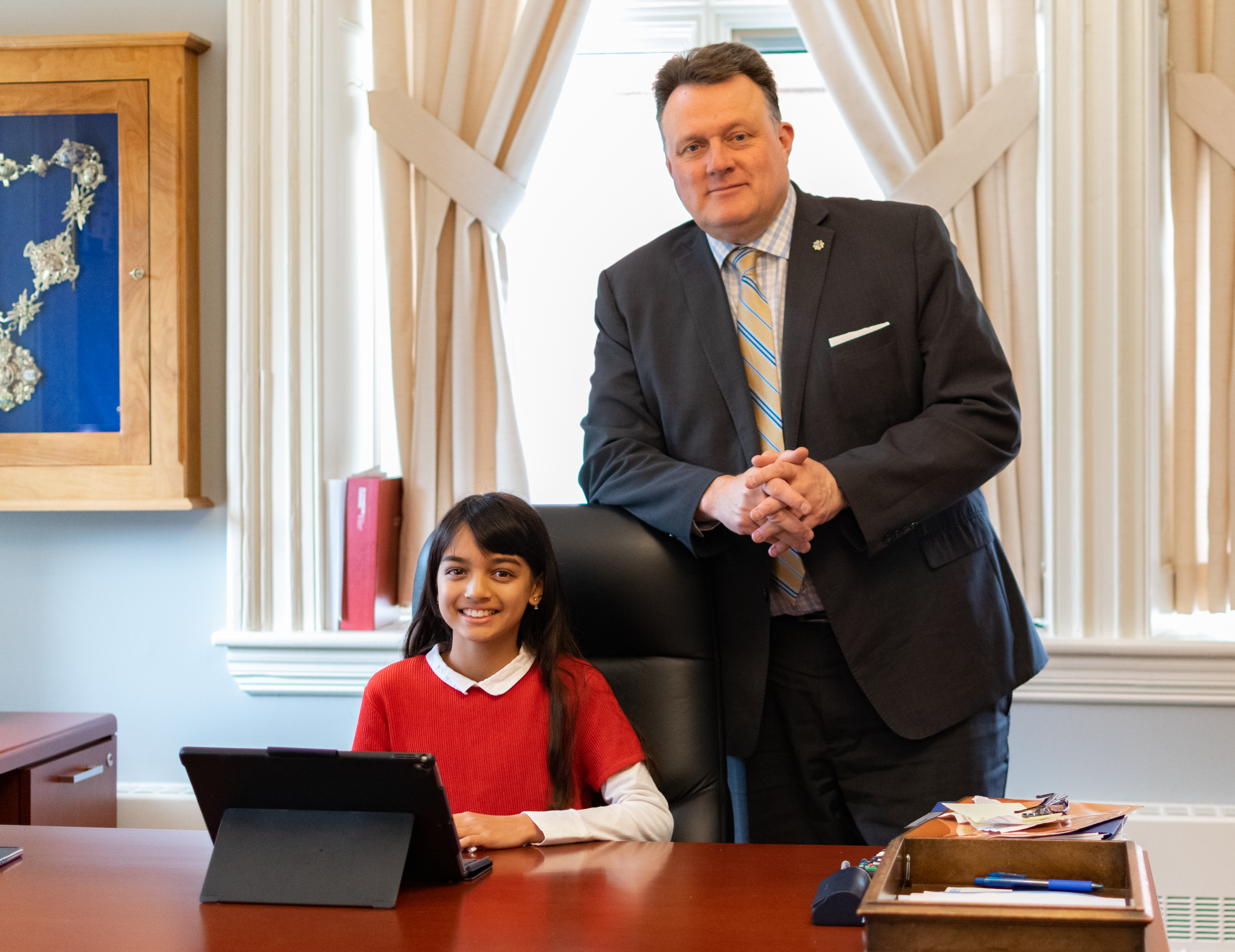 On June 3, 2019, Mayor Mike Savage stepped aside to make room for Zahara, our 2018 TD Summer Reading Club winner, as she took over City Hall and Halifax as Mayor for a Day.

About Our Mayor for a Day

Last summer, 10-year-old Zahara read 50 books in our TD Summer Reading Club and won the grand prize of Mayor for a Day. (Grand Prize winners are chosen from the list of participants who have met their summer goal, by random draw.) Zahara's current favourite author is Raina Telgemeier, and some of her favourite books are Grumpy Cat & Garfield, and the Elephant & Piggie series.

Zaraha loves animals and hopes to be a veterinarian one day. She is a brown belt in karate, does swimming, ballet, and skating, plays cello, and is part of an Irish Ceilidh band where she and her younger brother play fiddle. 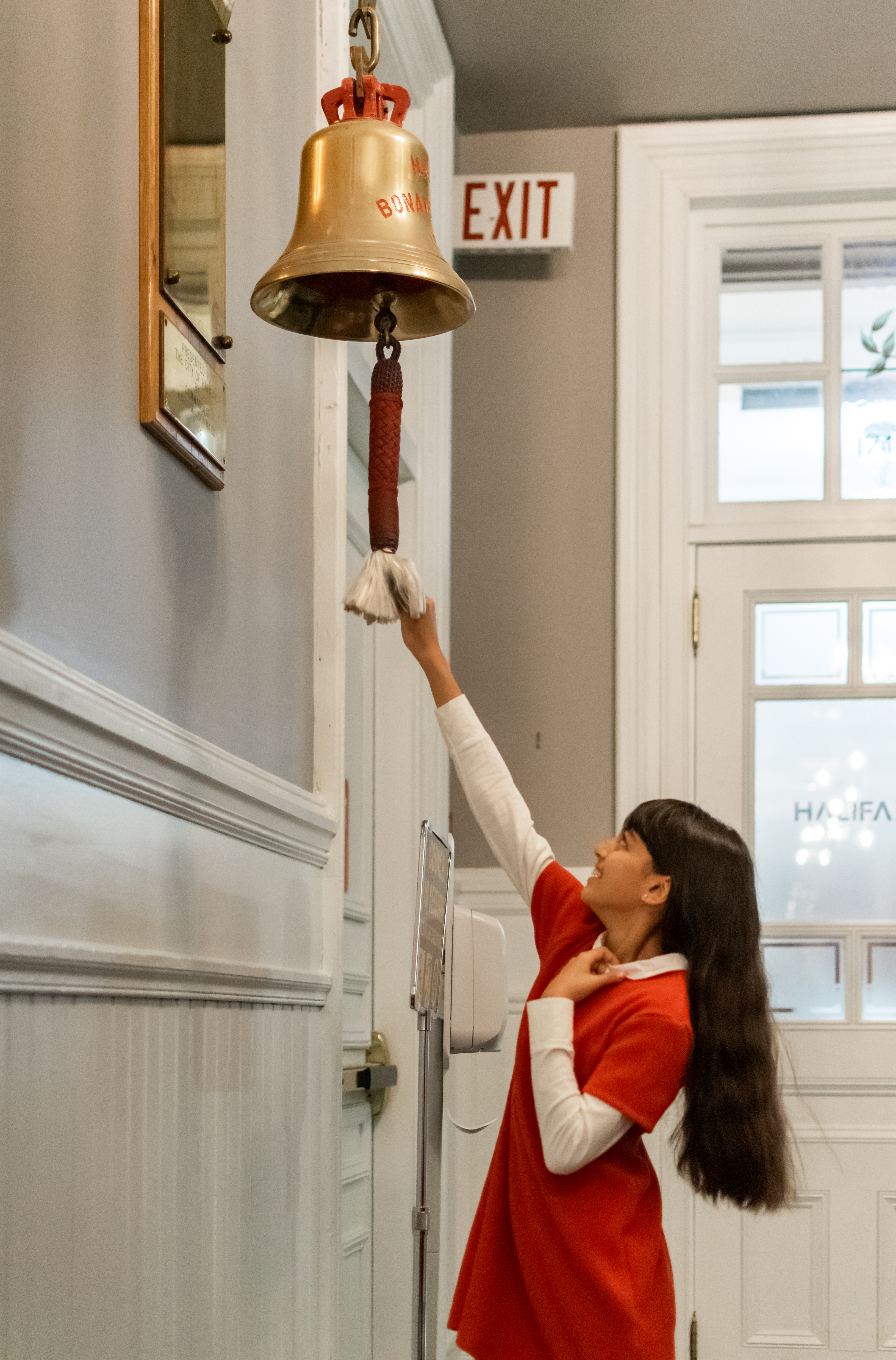 Zahara began her day as Mayor with a clang!, ringing the ceremonial "in Session" bell, before speaking in Chambers, taking in the week’s priorities, and attending important meetings for the city. 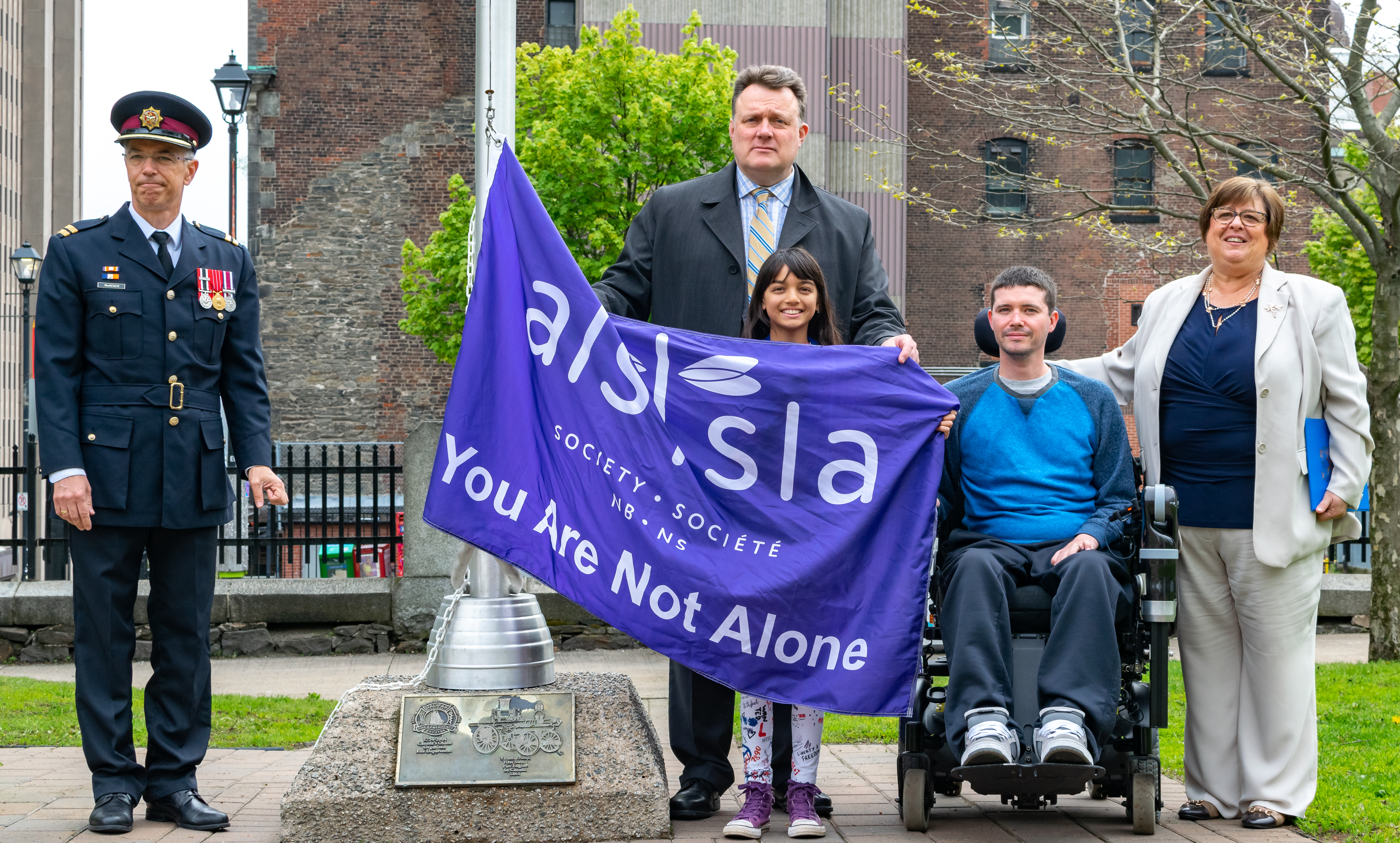 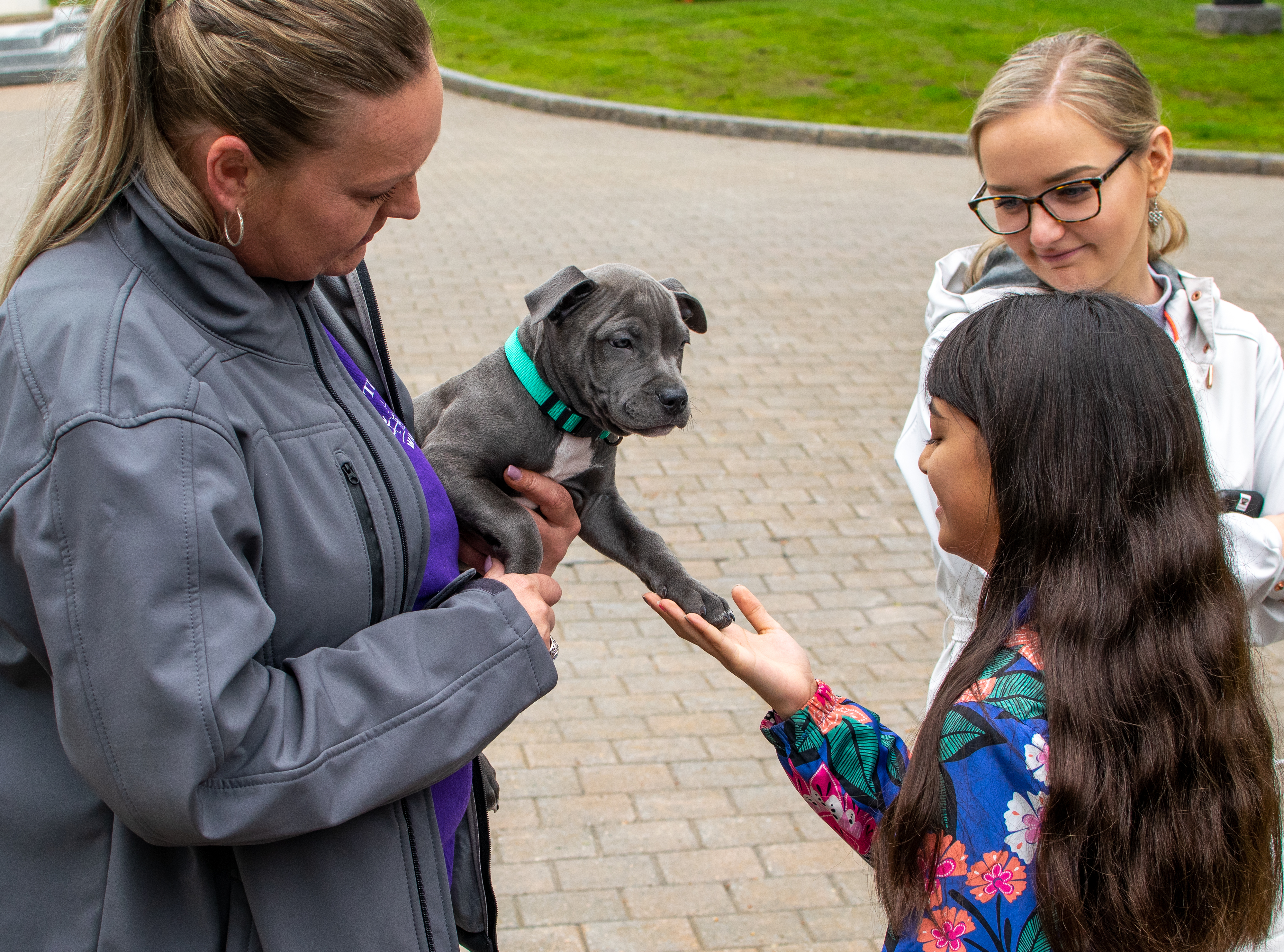 She then stepped outside into Grand Parade to join the ALS Society of New Brunswick and Nova Scotia (and a new four-legged friend!) for the flag raising in support of ALS Awareness Month.

Once the morning’s duties were done, our Mayor and Mayor for a Day joined a celebration of Kerr Controls’ 70th Anniversary with a BBQ luncheon. 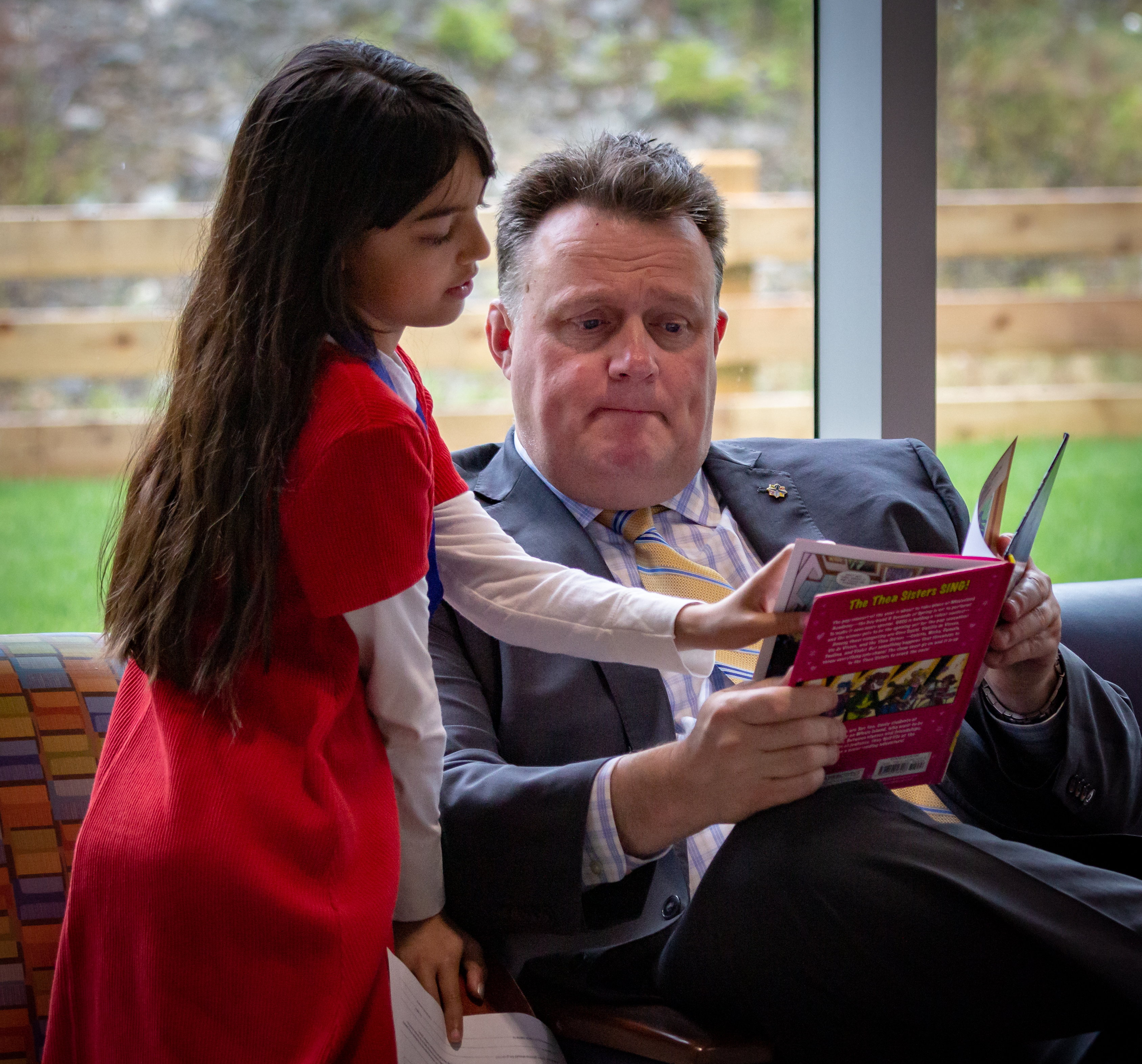 Next up on the agenda, Zahara brought Mayor Mike Savage for a visit to her home branch, Keshen Goodman. The pair got a tour of the new Outdoor Library, did some reading, then moved on to the day’s most important order of mayoral business: robots and slime! 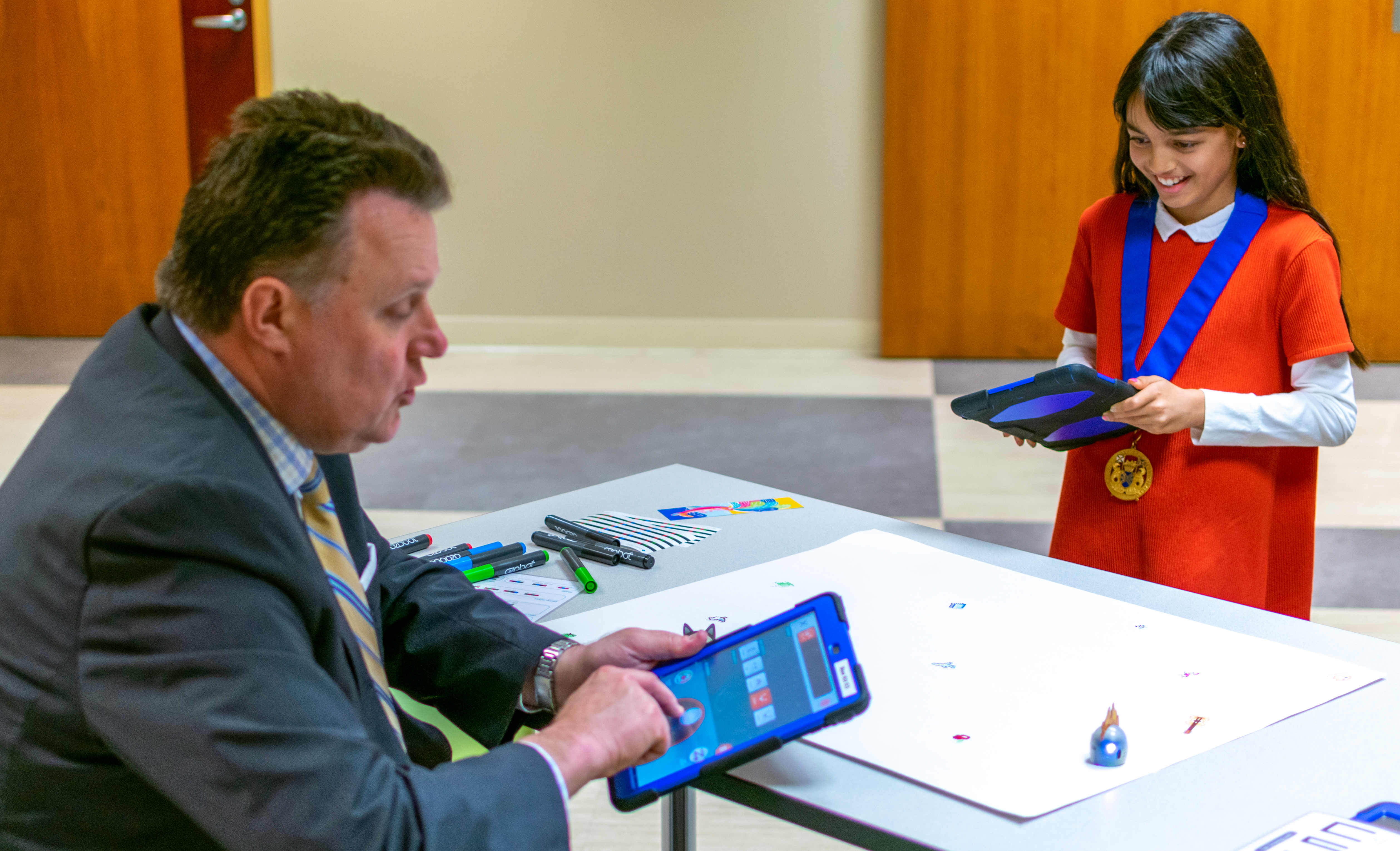 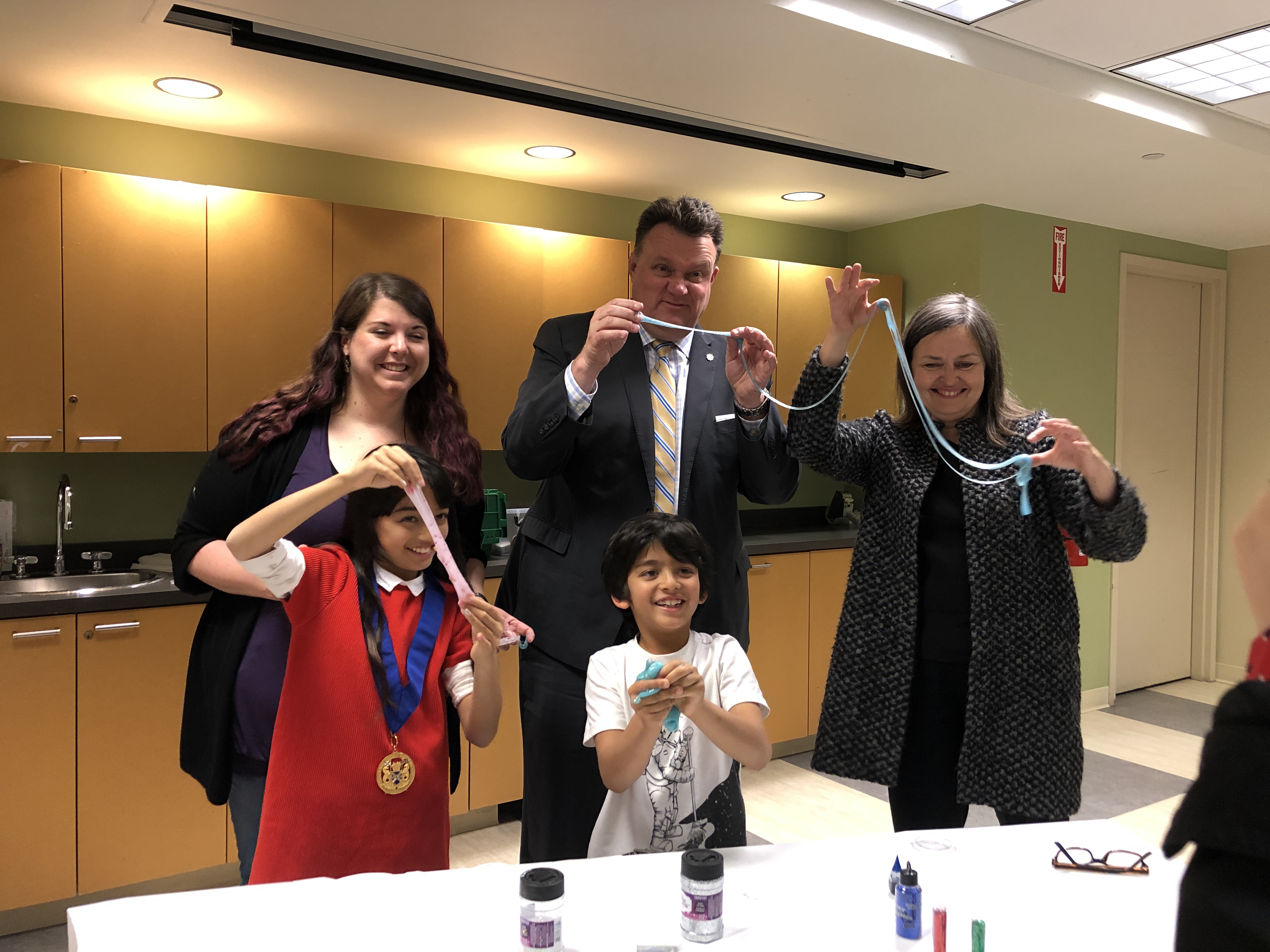 Zahara is getting ready to join the 2019 TD Summer Reading Club and aims to beat last year’s number of books read by 5—making her goal a grand total of 55 books!