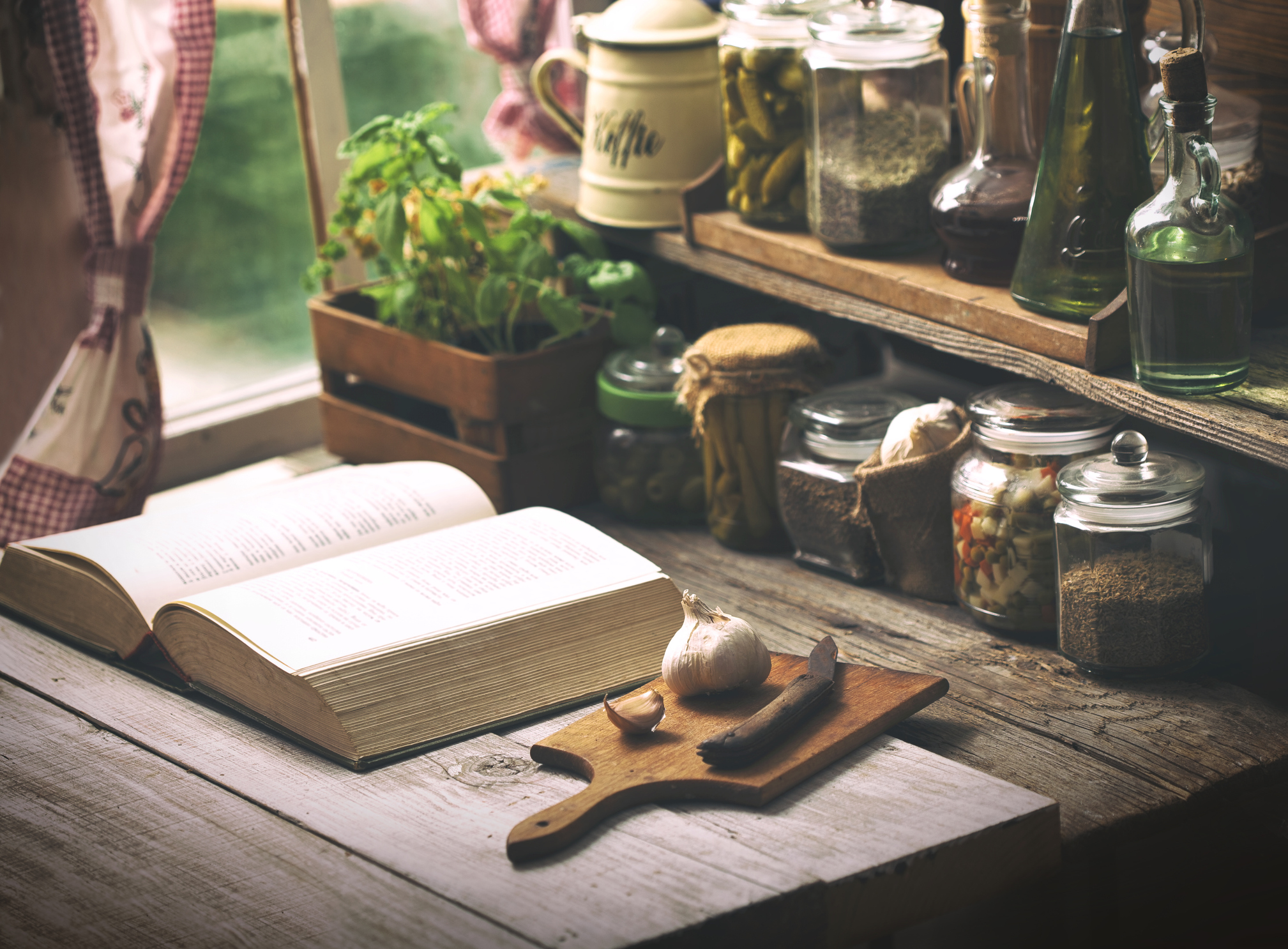 One of the best ways to keep up with local foods and specialties is through books. I love coming across a description of a lovely lunch and the mouth-watering ingredients that go into making a meal. Here are a few books that you can pair beautifully with a dish for your book club, lunch, or just because they delight the senses!

I have noted which of these books are available digitally via OverDrive and hoopla, as well as shared links to physical books in our collection. While the library is closed and holds deactivated, I recommend placing any physical titles on your 'For Later' reading shelf!

1. Pride and Prejudice by Jane Austen 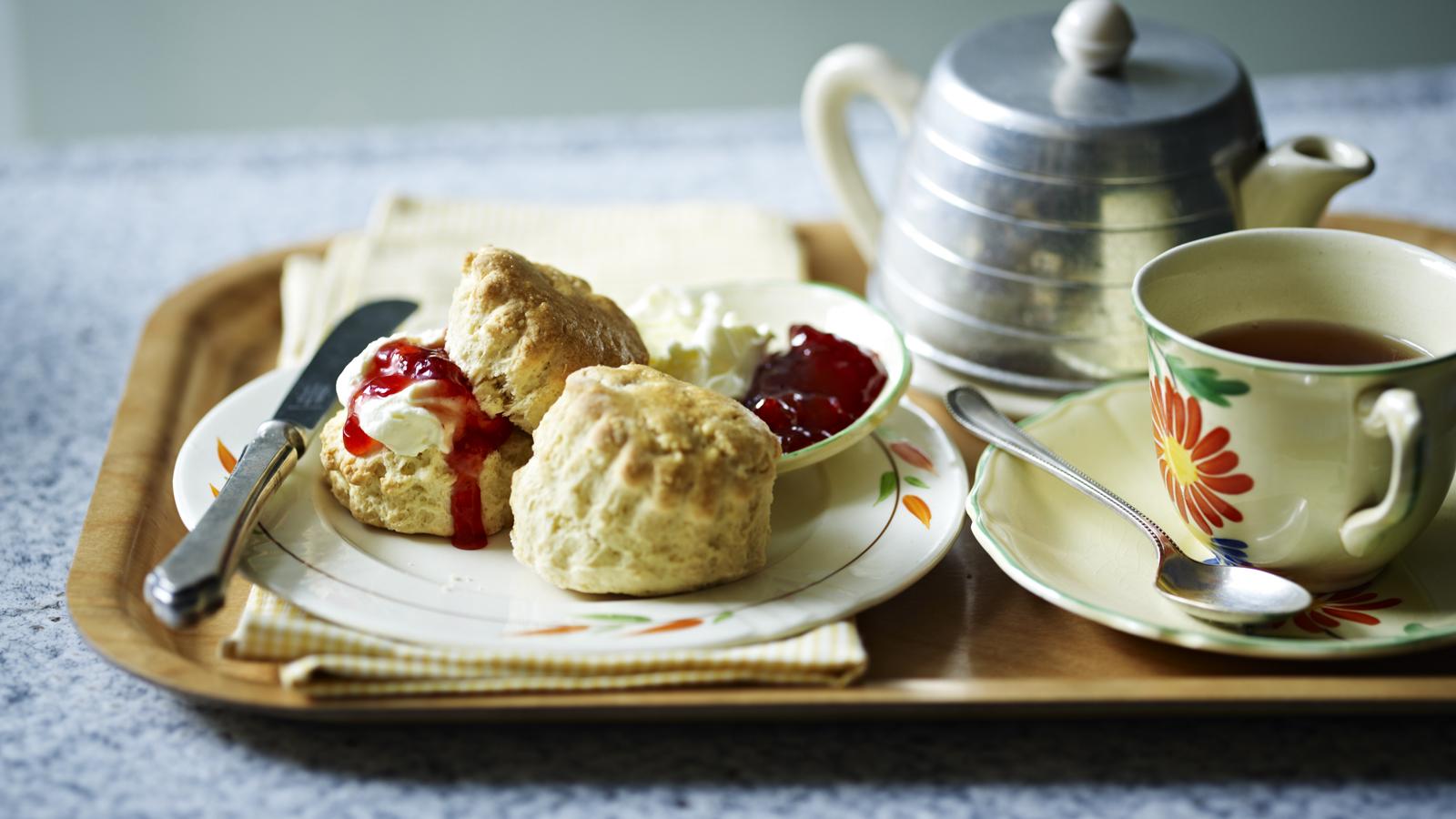 As the mother of four daughters, I’ve often been able to relate to the many women of the Bennett family in Jane Austen’s romantic classic. The Regency era often featured various members of England’s society enjoying their tea at home. One dish featured at most tables would have been scones. If you would like to take an adventure with a British classic then try Mary Berry’s recipe for the classic scone.

2. Where the Crawdads Sing by Delia Owen 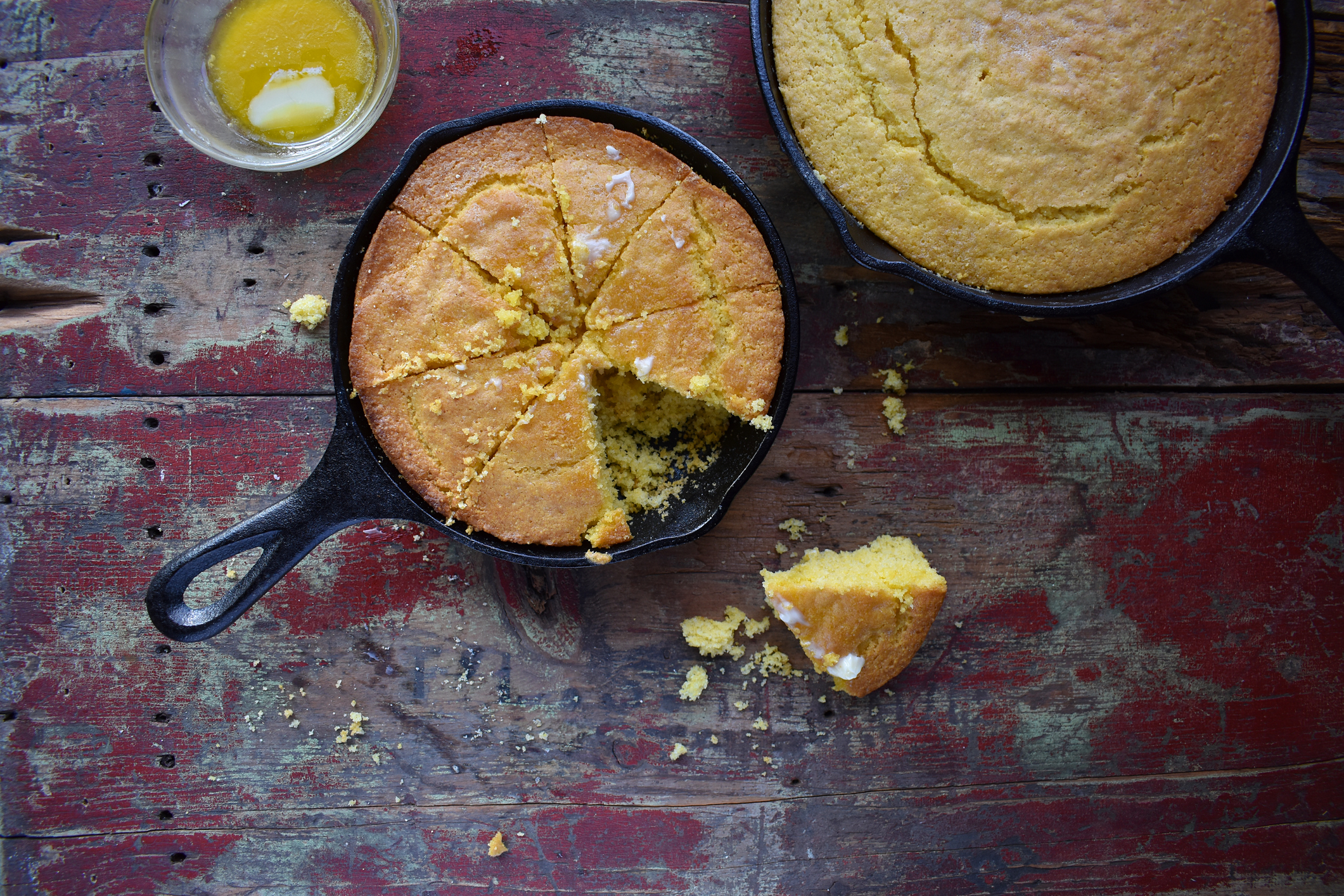 Available on OverDrive, opens a new window
Where the Crawdads Sing

For years, rumours of the "Marsh Girl" haunted Barkley Cove, a quiet town on the North Carolina coast. So in late 1969, when handsome Chase Andrews is found dead, the locals immediately suspect Kya Clark, the so-called Marsh Girl. But Kya is not what they say. Sensitive and intelligent, she has survived for years alone in the marsh that she calls home, finding friends in the gulls and lessons in the sand.  Are things really as they seem or is Kya keeping a dark secret?

If you want to experience one of the dishes Kya misses after her mother leaves, then try a pan of good southern cornbread.  Adding a little bit of butter when it comes out of the oven is just heavenly. 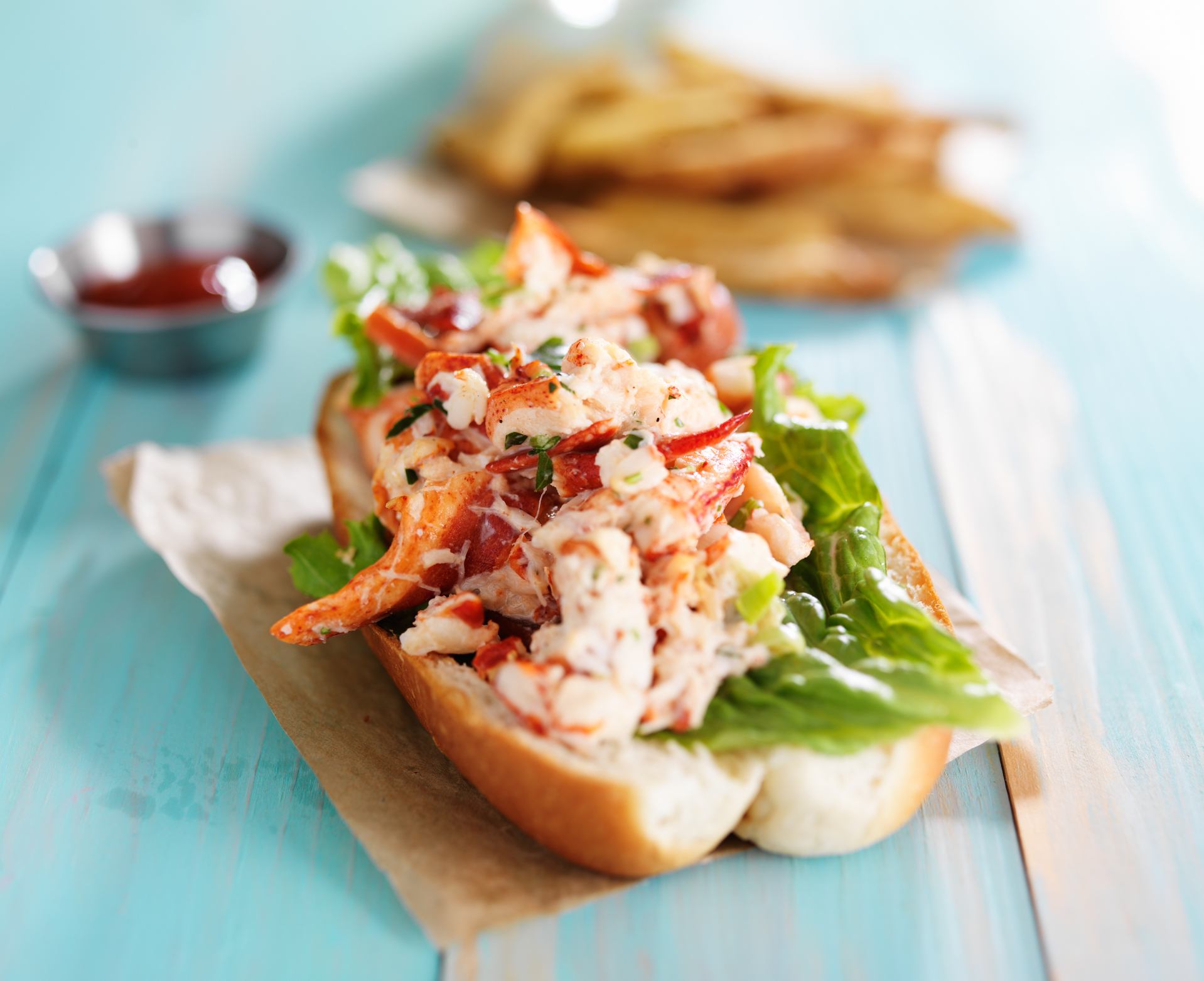 Available on OverDrive, opens a new window
Summer of '69

Elin Hilderbrand is one of my favourite authors, and each year around this time she releases another book that takes me on a beautiful summer vacation to the island of Nantucket. In one of her most recent titles, Hilderbrand takes us back to 1969. The U.S. was alive with civil rights protests, a man walked on the moon for the first time, and Ted Kennedy changed his political career forever when he drove a car off the Chappaquiddick bridge. Along with all of these historical events, the book is peppered with references to local foods that make me drool for a summer visit.

Elin Hilderbrand's books remind me of my favourite island, Prince Edward Island. Nothing says summer on the island like a fresh lobster roll and a side of potato salad.

Try one of Pettit’s lobster rolls, sit back,  and dig your feet into the sand. 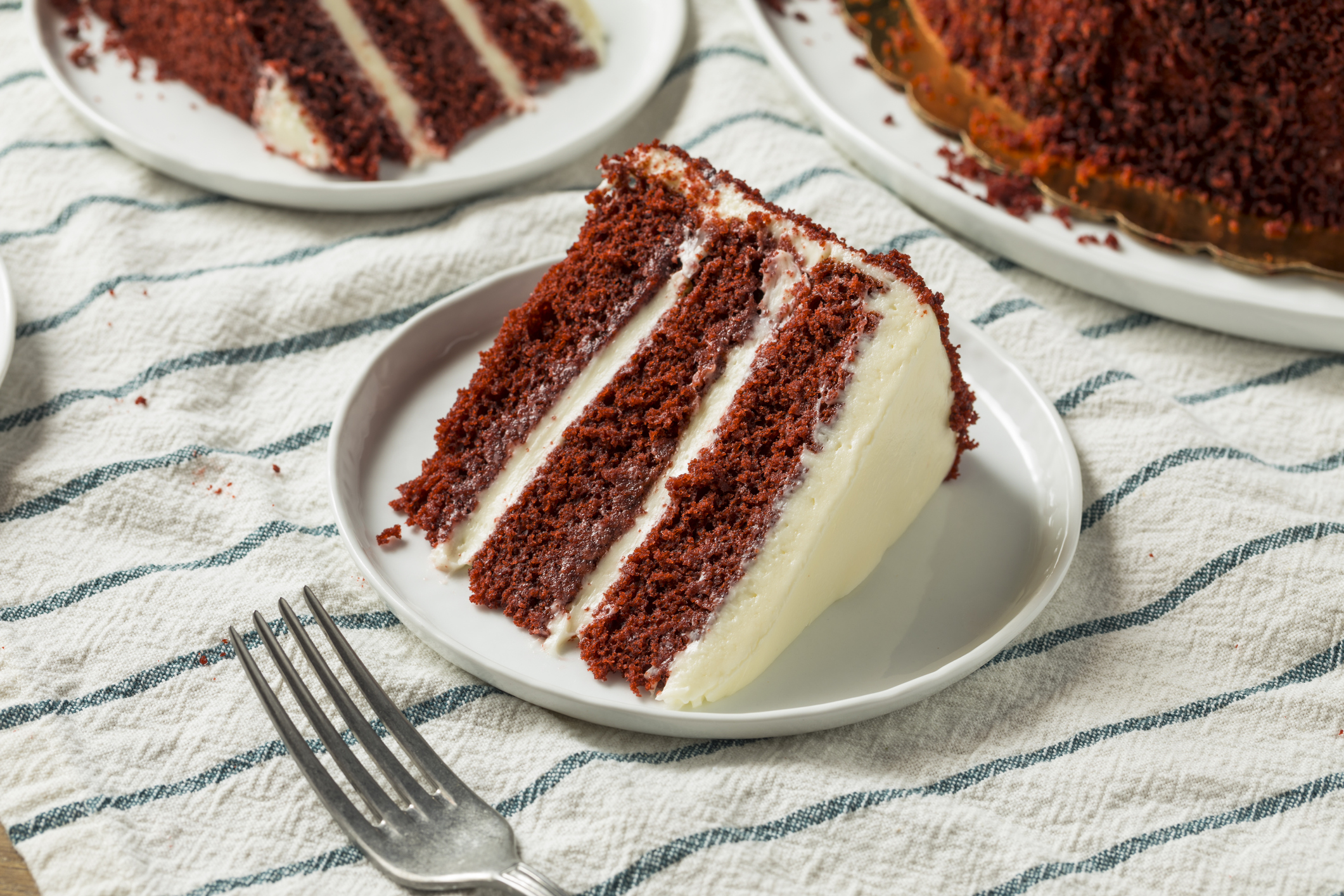 Available on OverDrive, opens a new window
The Guest List: A Novel

Normally thrillers don’t give me an appetite, but like everything else there are exceptions.  Lucy Foley’s latest book is the story of what was supposed to be a perfect wedding.

On an island off the coast of Ireland, guests gather to celebrate two people joining their lives together as one. The groom: handsome and charming, a rising television star. The bride: smart and ambitious, a magazine publisher. It's a wedding for a magazine, or for a celebrity: the designer dress, the remote location, the luxe party favors, the boutique whiskey. The cell phone service may be spotty and the waves may be rough, but every detail has been expertly planned and will be expertly executed.

No wedding so well planned would have anything but a show-stopping and trendy wedding cake. No stodgy fruitcake for this happy couple. Their cake of choice is a spectacular red velvet cake sailed across from Dublin. For a humbler, but still delicious, version of this classic, no-one does it better than Martha Stewart.

5. Little Women by Louisa May Alcott 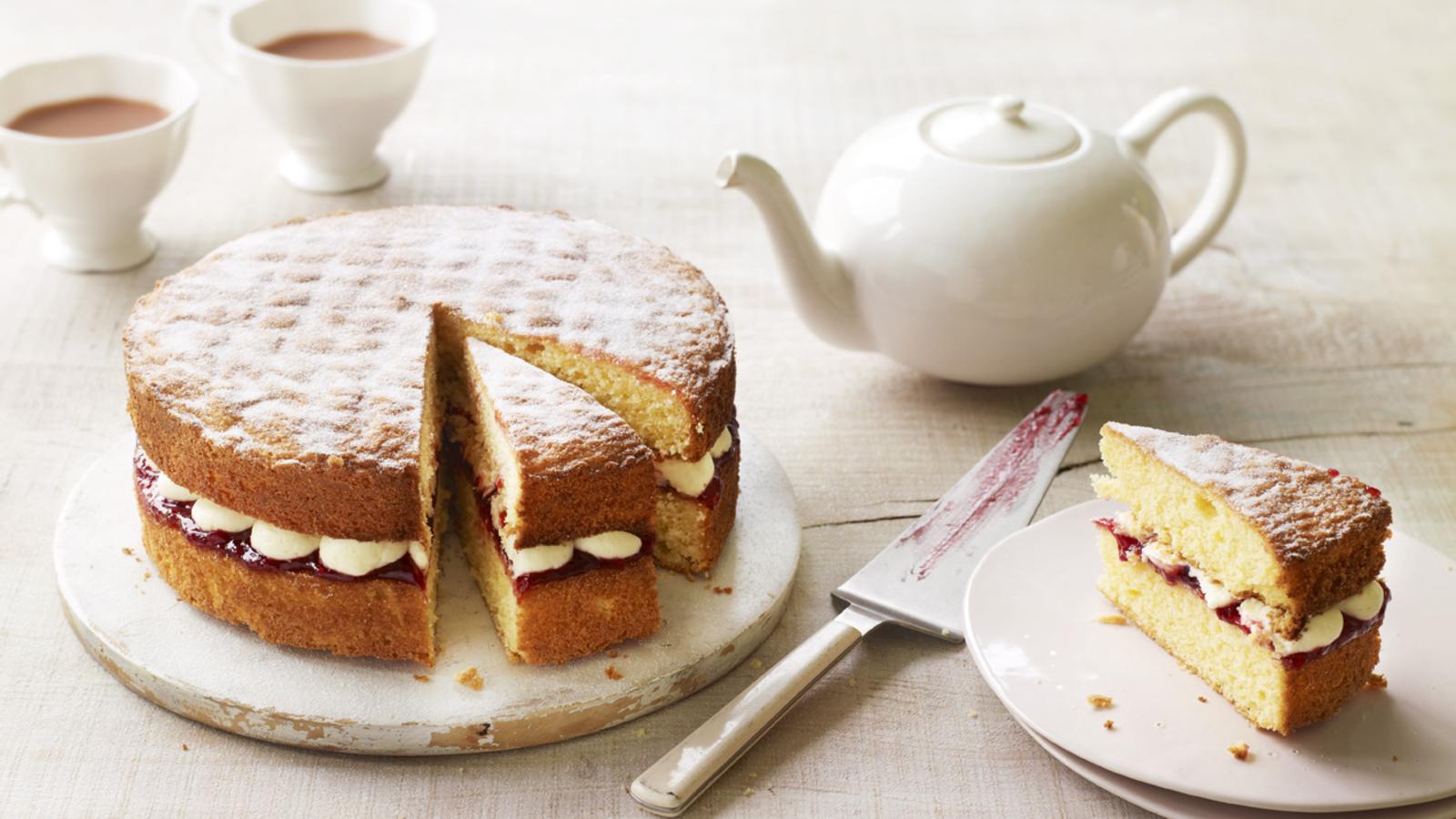 When I was growing up many of my friends were diving into Anne of Green Gables by Lucy Maud Montgomery but I never felt a kinship with the young redhead. Instead, as an only child, I adored Little Women and the story of the four March sisters. I imagined how much fun I would have with my three sisters doing all sorts of fun things and living next door to the Laurences.  One of my favourite parts of the book is when Jo makes dinner for her sisters and serves strawberries and cream for dessert.

In their later years, the girls might have enjoyed a Victoria Sandwich that became popular during the reign of Queen Victoria. I think Mary Berry’s version is the gold standard!

6. The Winemaker's Wife by Kristin Harmel 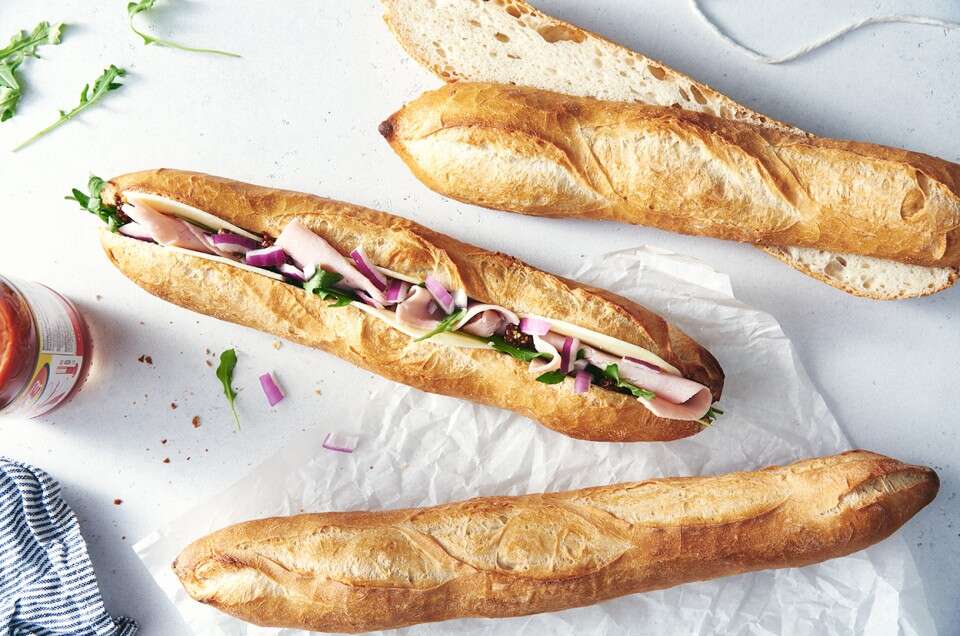 Available on OverDrive, opens a new window
The Winemaker's Wife

I recently finished this book and thoroughly enjoyed it, along with the many references to French champagne and food. The story takes place in the champagne vineyards of northern France while the country was occupied by the Nazis during World War II.

Champagne, 1940: Inès has just married Michel, the owner of storied champagne house Maison Chauveau, when the Germans invade. As the danger mounts, Michel turns his back on his marriage to begin hiding munitions for the Résistance. Inès fears they'll be exposed, but for Céline, half-Jewish wife of Chauveau's chef de cave, the risk is even greater—rumors abound of Jews being shipped east to an unspeakable fate.

The story goes back and forth between France in the war years to New York in 2019. There, Liv Kent gets an unexpected visit from her French grandmother who is ready to whisk her away to France. She doesn't know why, but it soon becomes obvious that a summer vacation is not what Grand-Maman has in mind.

If reading this book brings thoughts of a crusty French baguette then why not try your hand at making King Arthur Flour’s simple but classic recipe. Don’t forget the cheese and the champagne or fizzy water to wash it down.

Check out the recipe here, opens a new window.

7. My Brilliant Friend by Elena Ferrante 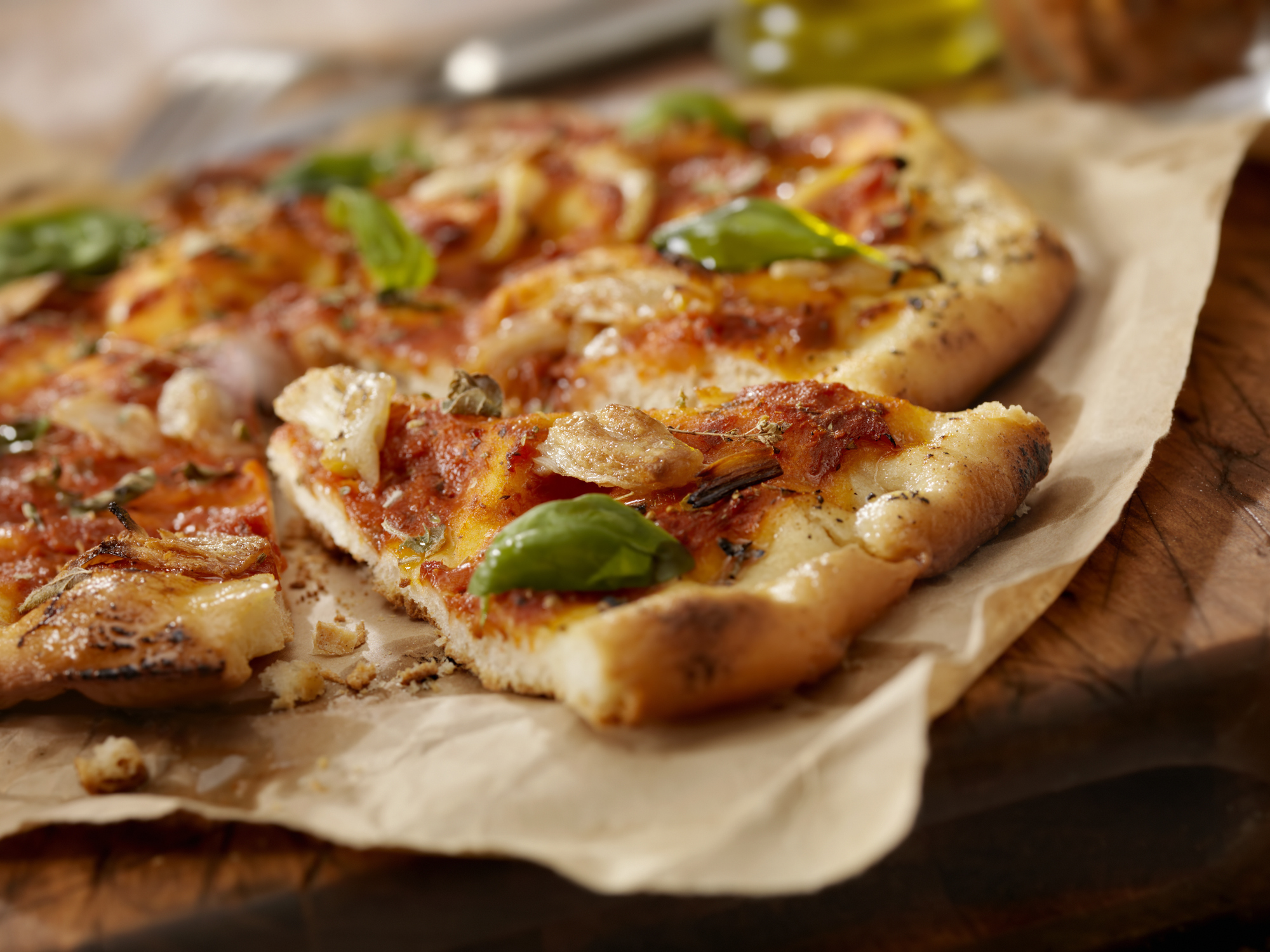 This book is the first of a series of four Neapolitan novels that trace the lives of two friends, Elena and Lila. The series has become wildly popular around the world and now has its own TV series on HBO.

Beginning in the 1950s in a poor but vibrant neighborhood on the outskirts of Naples, Elena Ferrante's four-volume story spans almost sixty years, as its main characters, the fiery and unforgettable Lila and the bookish narrator, Elena, become women, wives, mothers, and leaders, all the while maintaining a complex and at times conflicted friendship.

I practically salivate when I read books about Italy. I have visions of all sorts of delicious pastas, and of course the unique and thin-crusted pizzas of Italy. If you’re craving a classic Naples pizza give Jamie Oliver’s recipe a try. 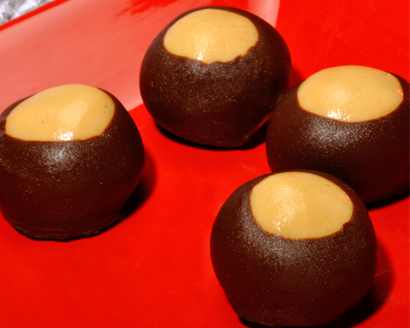 This story takes place in Cleveland, Ohio, in a perfect suburban neighbourhood.

In Shaker Heights, a placid, progressive suburb of Cleveland, everything is planned—from the layout of the winding roads, to the colours of the houses, to the successful lives its residents will go on to lead. And no one embodies this spirit more than Elena Richardson, whose guiding principle is playing by the rules.

Enter Mia Warren—an enigmatic artist and single mother—who arrives in this idyllic bubble with her teenaged daughter Pearl, and rents a house from the Richardsons. But Mia carries with her a mysterious past and a disregard for the status quo that threatens to upend this carefully ordered community.

If you’re going to be in Cleveland (or anywhere in Ohio), then you need to try a local sweet favourite known as the Buckeye. It’s very similar to a peanut butter ball, but with a slightly different appearance. The combination of chocolate and peanut butter is sublime. Try out the recipe from Domino Sugar for a classic take on the Buckeye.

9. Harry Potter and the Philosopher's Stone by J. K. Rowling 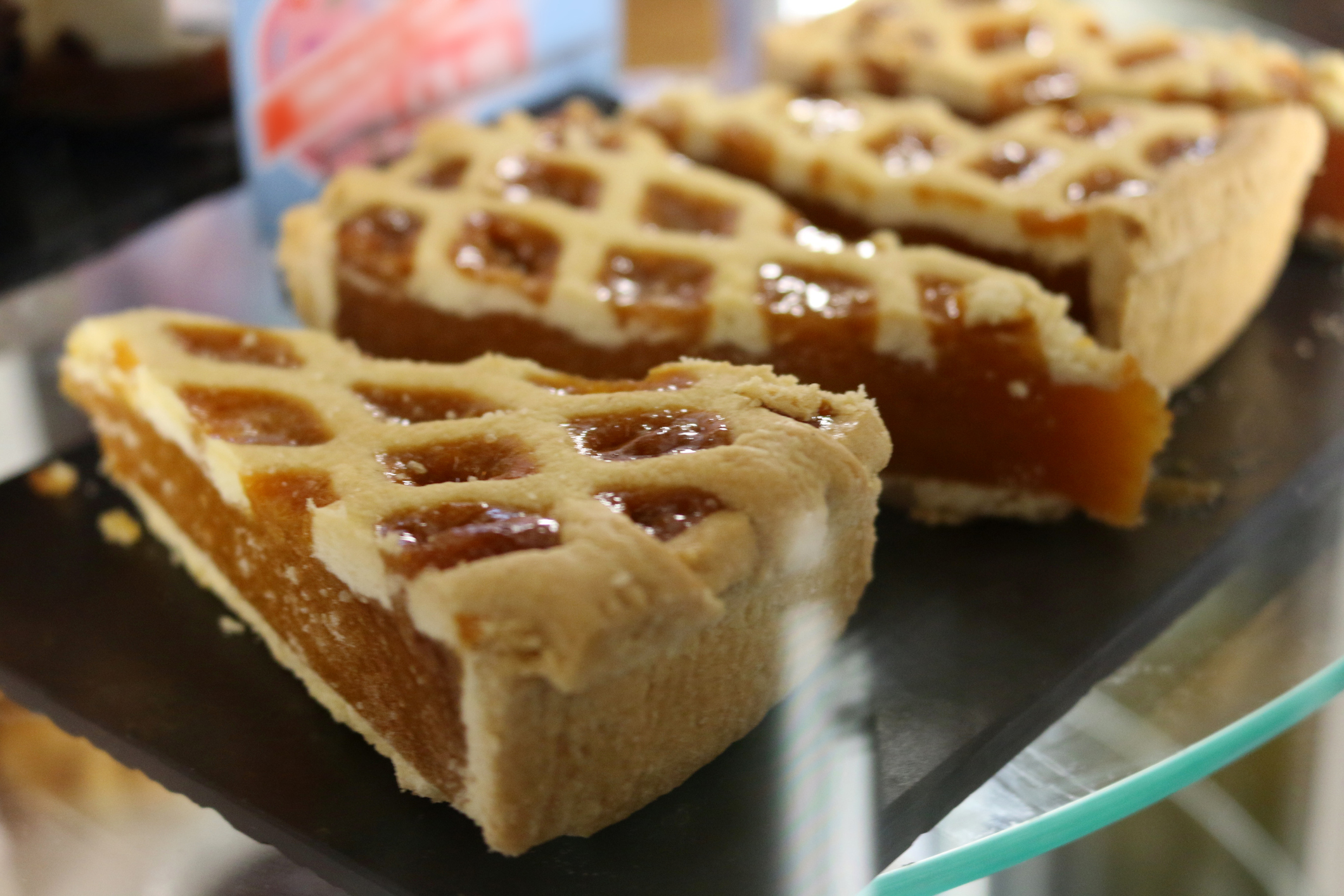 When Harry Potter arrives at Hogwarts he is pleasantly surprised to discover that his first meal includes dessert.  Not just a regular pudding, but an absolute feast.

A moment later the desserts appeared. Blocks of ice cream in every flavour you can think of, apple pies, treacle tarts, chocolate eclairs and jam doughnuts, trifle, strawberries, jelly, rice pudding... As Harry helped himself to a treacle tart, the talk turned to their families. — Harry Potter and the Philosophers Stone.

If you’re curious about what sweets made the young Harry so happy, take a look at the Unofficial Harry Potter cookbook and try making your own treacle tart. Serve it warm with a scoop of vanilla ice cream or a big dollop of whipped cream. 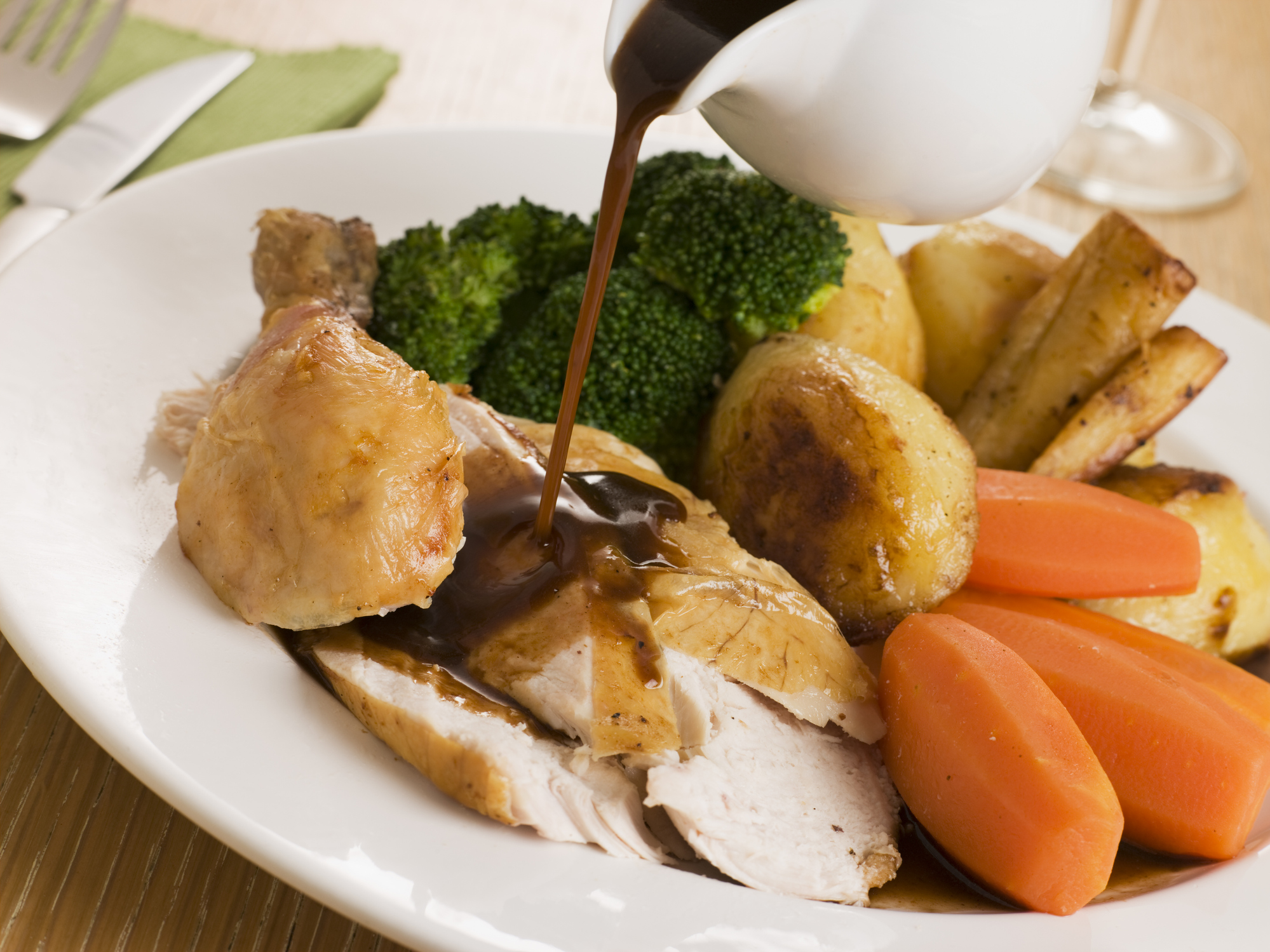 After putting this book down I paused to think about the sufferings of the British Home Children, how little I had known about them, and what Canada was like for those children who came here looking for a brighter future.

Fifteen-year-old Winny has never known a real home. After running away from an abusive stepfather, she falls in with Mary and Jack and their ragtag group of friends roaming the streets of Liverpool. When the children are caught stealing food, Winny and Mary are left in Dr. Barnardo's Barkingside Home for Girls, a local home for orphans and forgotten children found in the city's slums. At Barkingside, Winny learns she will soon join other boys and girls in a faraway place called Canada where families and better lives await them.

At ninety-seven years old, Winnifred Ellis knows she doesn't have much time left, and it is almost a relief to know that once she is gone, the truth about her shameful past will die with her. But when her great-grandson Jamie, the spitting image of her dear late husband, asks about his family tree, Winnifred can't lie any longer, even if it means breaking a promise she made so long ago...

While reading this I could almost feel the hunger of the Home Children. What many would have given for a classic Canadian country dinner including a perfectly roasted chicken. Try this recipe from Elizabeth Baird for a delicious take on this classic.

The recipe can be found here, opens a new window.