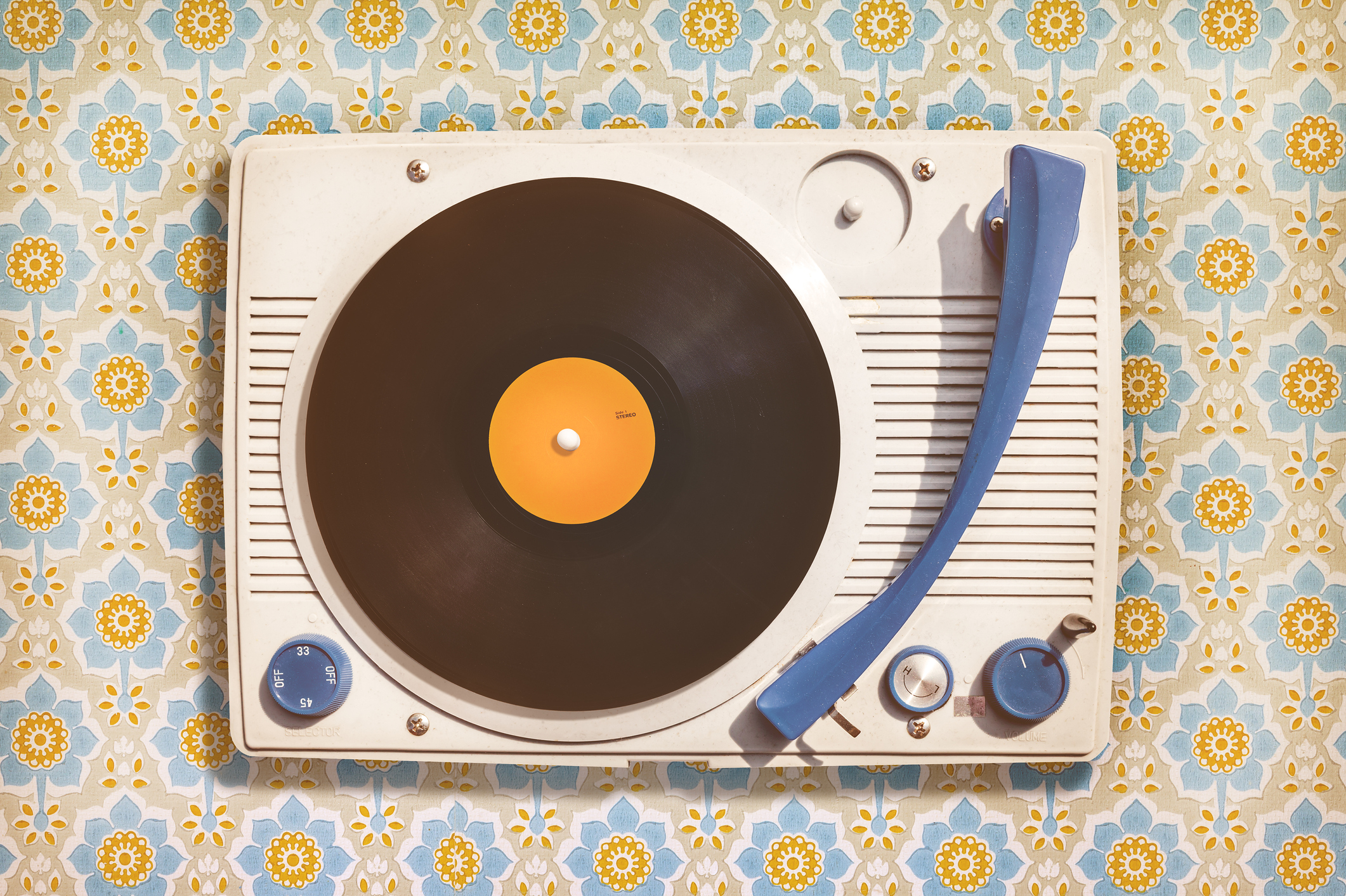 Listening to music has never been easier. We can hear the songs we love on the radio, on YouTube, on our MP3 players, and smart phones, through Spotify and Apple Music, almost 24 hours a day (hey, you have to sleep sometime!). Having so much music on demand gives us more time to really listen, to think about the words, and to think about the people behind the songs.

Through their biographies, we can all get to know our favourite musicians a little bit better, and connect to their music in new and vibrant ways.

These digital titles are available on OverDrive, opens a new window.

1. Odetta: A Life in Music and Protest by Ian Zack, opens a new window 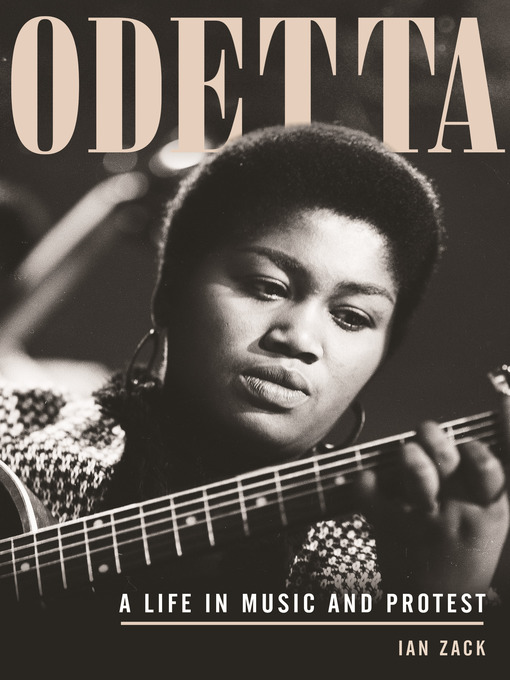 “In the fall of 1952, at a party outside of Los Angeles, Odetta made the walls come down, or so it seemed. ... Head back, eyes closed, she belted out “Take This Hammer,” the chain gang song first made famous by Lead Belly. Her voice, so impossibly huge that it seemed to rumble from the heavens, nearly felled the others in the room.”

Though her birth and the roots of her childhood are tangled with the segregation of the American South, Odetta would fight back against this oppression and rise to fame as a folk singer like no other. Through her music she would promote the American civil rights movement, and inspire other contemporary artists to lift up their voices and stand against racism and inequality. This biography, featuring interviews with Odetta's musical contemporaries, tells a story of a proud woman who is still influencing music today. 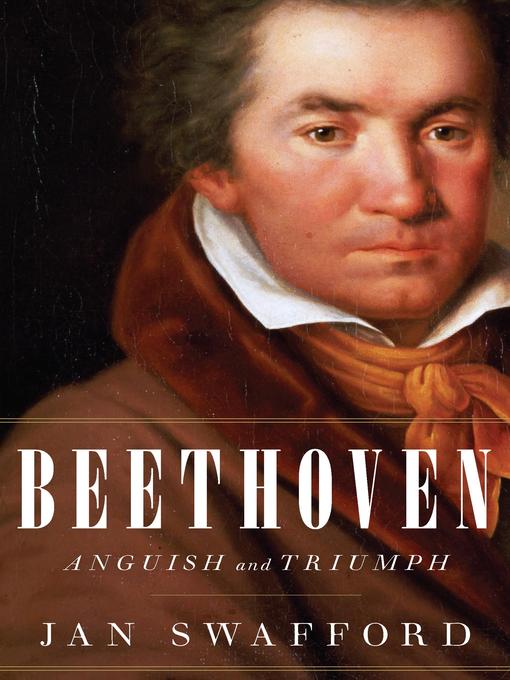 “Most of the time, the extraordinary begins in the ordinary.”

Growing up through the Age of Enlightenment, Ludwig van Beethoven would find his fame despite his humble birth, criticism and poor health. Now, even generations after his death, this classical composer is still a household name. His music is still played in countless concert halls, re-imagined and re-envisioned for modern audiences, and yet retains his long recognized genius. Turn the page, and see what can become of humble beginnings.

3. Wicked and Weird: The Amazing Tales of Buck 65 by Rich Terfy, opens a new window 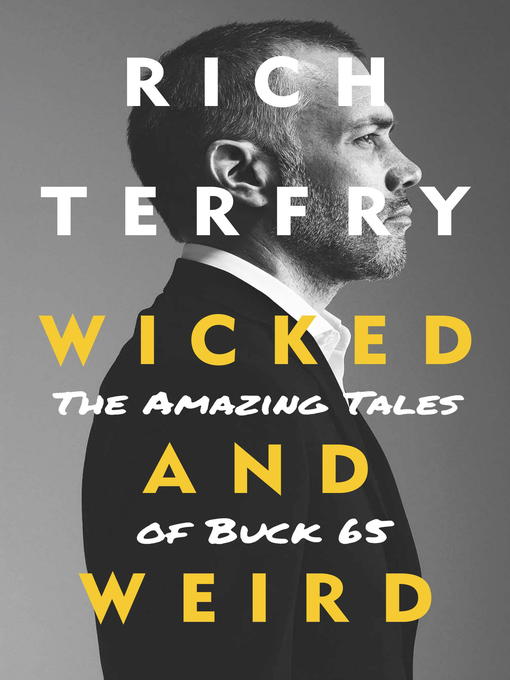 “When I was a kid, I would believe almost anything I was told. I was wilfully gullible. People close to me knew it. To amuse themselves, they'd fill my head with all kinds of fantastic stories and images... I am no longer a kid, but my imagination remains more reliable than my memory.”

Born in rural Nova Scotia, Rich Terfry finds himself heading down a dangerous road. Despite being plagued with insecurity and doubt, Terfy manages to find salvation first in baseball, and then as his alter ego: hip hop artist Buck 65. Follow the story of this almost-pro-ball player, turned musician, turned radio host as he shows that you can find the road to success, even if the path starts out rough. 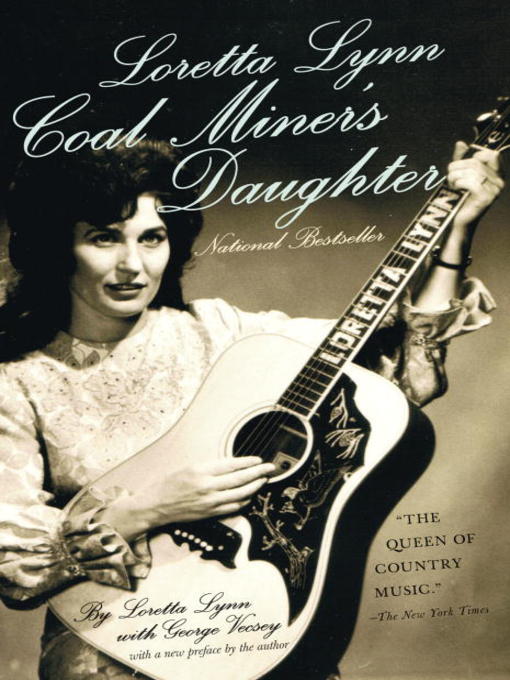 “When I first came to Nashville, people called us “hillbilly singers” and hardly gave country music any respect. We lived in old cars and dirty hotels, and we ate when we could... I've seen country music go uptown, like we say, and I'm proud I was there when it happened.”

A country queen, Loretta Lynn touched the hearts and minds of millions with her music. This memoir takes you back to where it started in Butcher Holler, Kentucky. Married at thirteen, a mother of six, and a grandmother by age twenty-nine, Lynn lived a life like no other. From humble beginnings, Lynn climbed to stardom with talent and conviction as her stepping stones. Find out how she became the first woman to be named Entertainer of the Year by the Country Music Association, and the first woman to receive a gold record in country music. 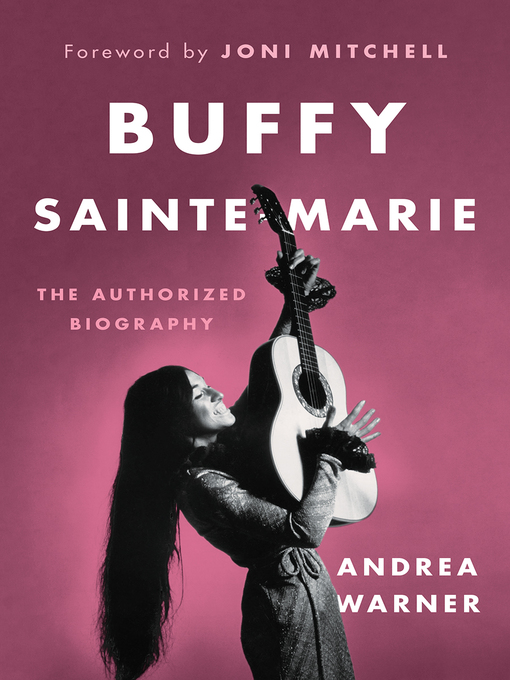 “She was born with the given name Beverly, most likely in 1941, on or around February 20, and probably on a reserve called Piapot in the Qu'Appelle Valley, Saskatchewan. She is Cree, and to be born Cree in the 1940s in Canada was to be a person who was not always counted... The children who, like Buffy Sainte-Marie, were adopted or taken had their birth stories erased, stolen by people whose motivations were rooted in misconceptions and who thought their whiteness and their faith made them superior.”

The only First Nations artist to have won an Academy Award, Buffy Sainte-Marie is a music icon. She rose to fame in an era where great folk artists like Bob Dylan, Joan Baez, Woody Guthrie, and Joni Mitchell topped the charts, but Sainte-Marie's style and passion set her apart. A passionate Indigenous activist, she was not afraid to speak her mind, even if it put her on the blacklists of some of the most powerful people in the world. Through this in-depth biography, discover the story of how this talented, committed and inspiring musician came to stand out from the crowd. 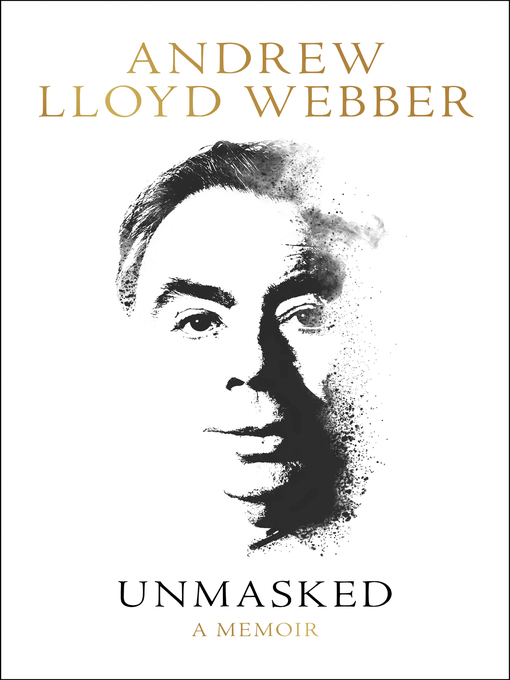 “I have one very vivid memory of Dad. Before we went to the movie of South Pacific he played me the Mario Lanza recording of “Some Enchanted Evening.” Three times he played it, tears streaming from his eyes. ... When the record finally stopped he looked me straight in the face. “Andrew,” he said, “if you ever write a tune half as good as this I shall be very, very proud of you.””

When you think of musical theatre, it's hard not to think of Andrew Lloyd Webber. Including Jesus Christ Superstar, The Phantom of the Opera, Evita, and Cats, Webber's plays have danced their way across the floorboards of theatres around the world. In his memoir, Webber shares stories of his childhood, his passions for art, music, and architecture, bringing to life how he came to be a Tony Award winning marvel. 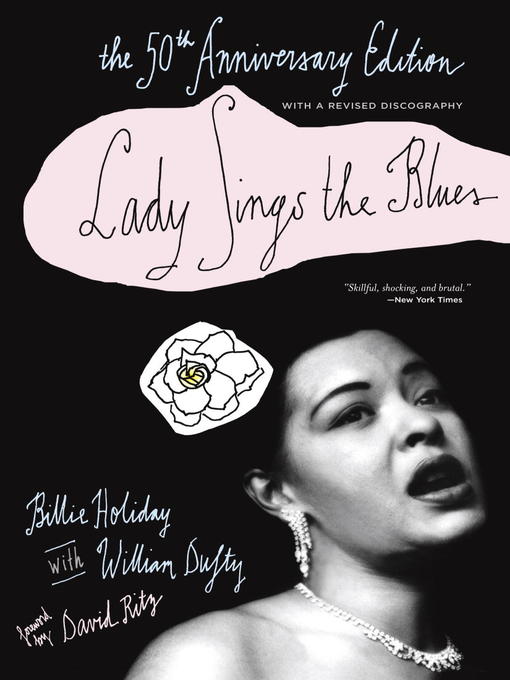 “My name, Eleanora, was too damn long for anyone to say. Besides, I never liked it. Especially not after my grandma shortened it and used to scream “Nora!” at me from the back porch. My father had started calling me Bill because I was such a young tomboy. I didn't mind that, but I wanted to be pretty, too, and have a pretty name. So I decided Billie was it and I made it stick.”

Growing up in Baltimore, Billie Holiday knew well the struggles of being black and poor, but she also knew what she loved: music. So great was her love for song that she would spend what little pocket money she had at the local brothel just to sit in the parlour and listen to the Victrola. Originally published in 1956, Lady Sings the Blues depicts a life risen to new heights before it tragically came crashing down.

8. A Dream About Lightning Bugs: A Life of Music and Cheap Lessons by Ben Folds, opens a new window 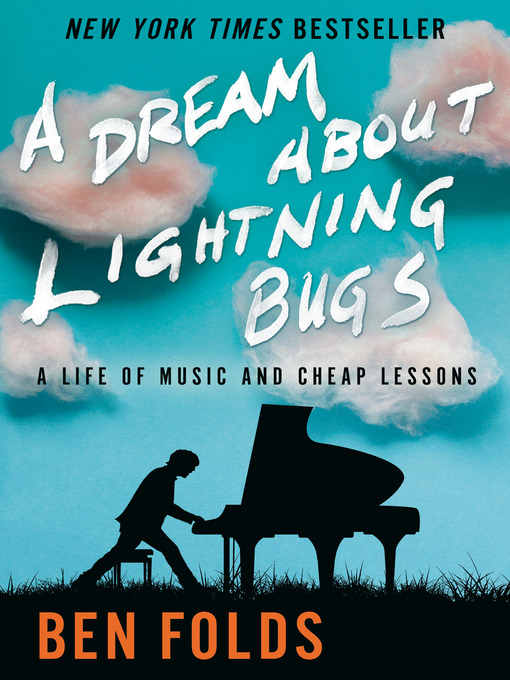 “I was in second grade when I realized I wanted to play the piano. While waiting for my ride one day after school, I heard some incredible ragtime piano-playing down the hall. Peeking through the auditorium door, I watched with envy as fellow second-grader Anna Goodman (whom I married years later, and who co-wrote a handful of my songs) was laying down some badassed Scott Joplin, “Maple Leaf Rag.” That, I thought, is what I want to do. Period."

9. Iron Man: My Journey Through Heaven and Hell with Black Sabbath by Tony Iommi, opens a new window 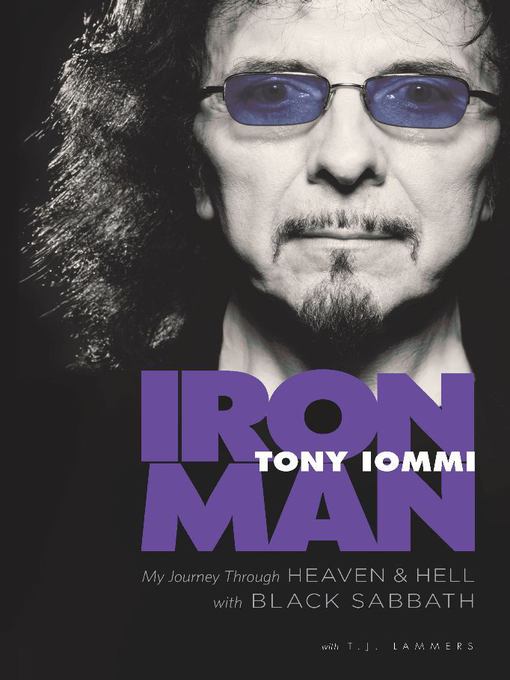 “Then I just sat at home moping, I thought, that's it, it's over with! I couldn't believe my luck. I had just joined a great band, it was my very last day at work and I was crippled for life.”

When you're a kid growing up in a rough household, you find happiness where you can. Tuning in to the radio, Tony Iommi found comfort in The Beatles and Elivs Presley, but The Shadows and Cliff Richard really spoke to him. When he got his hands on a guitar, it was a the start of a snowball rolling downhill fast. Starting with gigs in local pubs (despite being underage), he played with a series of groups until tragedy struck, and he thought he might never play again.

10. Don Messer: The Man Behind the Music by Johanna Bertin, opens a new window 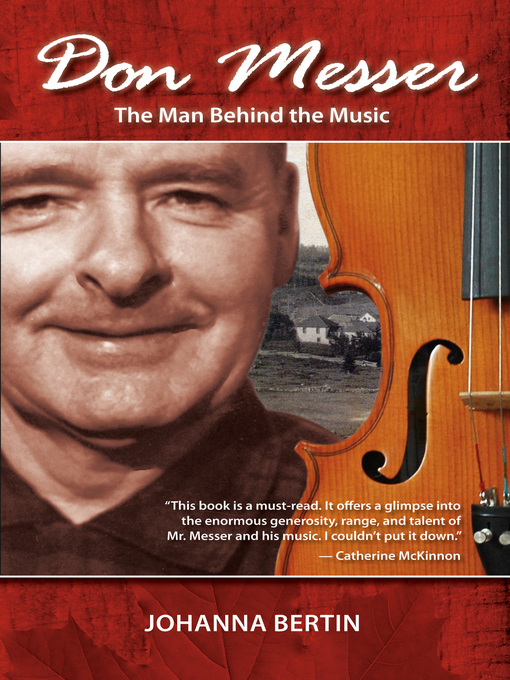 “Donald was five years old when he broke into his brother's violin case in 1914, not even old enough for school. Doing the forbidden thing is not unusual for a five-year-old, and being told not to touch the instrument might have induced him to do just that. Yet Donald's interest was not in the defiance, it was in the violin itself...”

If you grew up in Canada in the 20th Century, there's a good chance you know the name Don Messer very well. Messer's traditional fiddle tunes struck a chord with many, and they embraced his music first on the radio, and then on the CBC show Don Messer's Jubilee. People were so dedicated, that when his show was abruptly cancelled, citizens gathered on Parliament Hill to protest. Who was this man who caused such a stir? Now you can find out.

Have you read one of these recommendations? Do you have your own favourite biography of a great musician? Let us know in the comments!