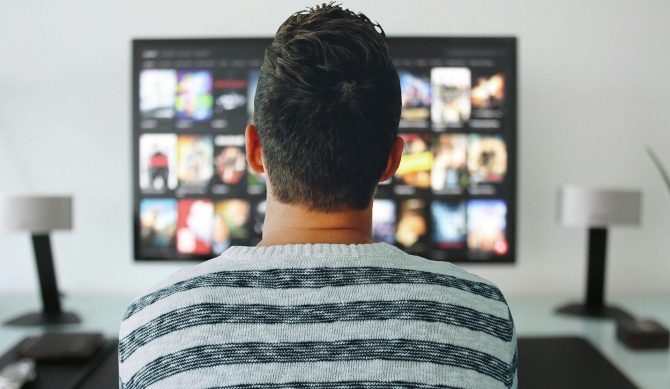 Perhaps you’ve gone down the rabbit hole and populated a long watch list, or maybe you have yet to jump in to the collection. Either way, with a limit of five choices per month, one must be decisive! To that end, we’ve reached out to a pair of local film writers for some themed suggestions, and have also put together our own list for lovers of literature.

We’re writing this during a pandemic, so thoughts of freedom from self-isolation are top of mind. There are lots of movies to help you virtually decamp at this time, especially if you enjoy stories about people who use their smarts and cunning to get out of prison. We’ll start there, but then veer off into more figurative territory.

This is the first sound adaptation of the Alexandre Dumas novel, opens a new window, following five silents and preceding dozens of other cinematic and TV versions. Edmond Dantès is consigned to solitary confinement for years by jealous conspirators, but he eventually escapes and secures a fortune before executing an ingenious plan to destroy his enemies. Though the conclusion is more upbeat than the novel it gives audiences a happy ending, and who doesn’t love those?

William Holden won an Academy Award for his role as JJ Sefton, the cigar-chomping bartering gambler stuck in a prisoner of war camp, who uses his cunning to survive the harsh conditions and improve his own lot. He ends up playing a key role in getting another fellow out outside the barbed wire fence. The dark comedy is one of filmmaker Billy Wilder’s many triumphs, based on a Broadway play written by actual camp survivors.

Here’s a film about a man doing his level best to escape himself, but he doesn’t actually find freedom until he faces up to his past. Travis is found wandering the Texas desert and taken to live with his brother and sister-in-law in Los Angeles, where they’ve been raising his son. As Travis forms a relationship with the boy, questions multiply. Where is his mother? A haunting, gorgeous film, its real stars are the astonishing cinematography by Robby Müller and score by Ry Cooder.

In the late 1940s, Chilean statesman and poet Pablo Neruda earned the status of persona non grata from the Chilean government for being an outspoken communist. This film tells the story of Neruda and his wife deftly avoiding the police investigator tasked to find him—the investigator who narrates the story and admires his quarry. This is a playful, action-filled drama that tilts from biopic to western and makes life on the run look like a good time.

The film that brought New Zealander Taika Waititi, opens a new window to Hollywood’s attention—since then he directed the Marvel movie Thor: Ragnarok and the Oscar-winning Jojo Rabbit. This is a shaggy adventure tale about the relationship between foster kid Ricky Baker and his “uncle” Hector, both of whom head into the bush to escape social services. This is a hoot and a half, a movie about escape that’s also genuinely escapist.

Let me introduce you to Alice and Alba Rohrwacher. You might not know the name Alba Rohrwacher, but perhaps you know the Italian actress’ voice as the narrator of My Brilliant Friend, the TV adaptation of Elena Ferrante’s Neapolitan Novels, opens a new window. She is also the sister of the celebrated film director Alice (pronounced Italian style: Ah-LEE-chay) Rohrwacher. Together, they have made movie history. Four of the Rohrwacher sisters’ most notable films available on Kanopy; all are in Italian, with English subtitles.

This film is based loosely on the true story of a mass murder of 770 Italian villagers, opens a new window by Nazi troops during World War II. Although a much darker tale than My Brilliant Friend, it similarly adopts the point of view of a young girl as the central character. Alba is cast in the supporting role of older sister.

Come Undone features Alba in the central role as a young professional in Milan who embarks on an adulterous affair with a struggling waiter. The film has been much noted for its realistic style as well as its frank depictions of sexuality. Director Alice has made waves at the Cannes Film Festival with all three of her films. The first two, like My Brilliant Friend, are female-centred coming-of-age tales.

Corpo Celeste is the story of a shy young girl making her way through the strangeness of a new home in Calabria, as well as religious education for Catholic confirmation. It was nominated for the Golden Camera award at Cannes for best first feature.

The Wonders is Alice’s most autobiographical film and features Alba in a role loosely based on their Italian mother. The film centres on a family of beekeepers living in the countryside, and as with the sisters’ real upbringing, the setting is Tuscany and their father is German. It won the Grand Prix (second prize) at Cannes.

Alice’s most recent film, Happy as Lazzaro (Italian: Lazzaro felice, 2018), won best screenplay at Cannes, and was snapped up by Netflix, where it is streamed exclusively, opens a new window. Like her previous two, it was shot by topnotch French cinematographer Hélène Louvart. Louvart’s work can also be seen on Kanopy which brings me to my fifth and final recommendation.

When I Saw You is the story of refugees displaced from Palestine by the Six-Day War in 1967, opens a new window. Palestinian director Annemarie Jacir centres on a young protagonist—a boy who imagines that he can simply walk back home, but when he tries, finds instead a rebel training camp.

You can read more about Alice and Alba Rohrwacher in an article from Town & Country Magazine., opens a new window

For Lovers of Writers and Writing

Starring Hank Pym, Spider-Man, and Iron Man (or as they used to be known, Michael Douglas, Tobey McGuire, and Robert Downey Jr.), this nearly forgotten classic takes a sharp, often hilarious look at the life of a late-career writer, as originally told in novel form by Pulitzer Prize-winning author Michael Chabon. Wonder Boys is the kind of highly specific yet universal character study we see less and less of these days, as comic books and superheroes have taken over the big screen. However let’s not get completely down on comics as we move on to my second pick.

Comic Book Confidential is a seminal documentary focusing on the artistry and storytelling of twenty-two key creators in the comic book genre. This serious yet entertaining look at the form holds surprises for both the long-time fan of graphic arts as well as the holdout who may never have cracked the flimsy spine of a good old dime-store comic.

From the versatile director Jim Jarmusch (Down by Law ; Only Lovers Left Alive) comes this tale of a poetically-inclined bus driver (Adam Driver) who steals moments on his daily route to write verse of his own. Driver gives his character an interior life which makes this film about writing, the most invisible of arts to a camera, stand apart.

What makes up a library system? It’s the people, the patrons, the planners, and the passions and challenges they share. Master filmmaker Frederick Wiseman covers all of this and more in this document of the NYPL, opens a new window, featuring all of the energy New York City holds, as well as the serenity its public library branches provide. If you’re taken by Wiseman’s style, you’re in luck – Kanopy includes 42 of his films, each and every one a gem.

Kanopy is also a rich source for shorter material, such as this fascinating 27-minute documentary about the home of Louisa May Alcott, recently used as a location for director Greta Gerwig’s adaptation of Little Women, opens a new window. Orchard House is a prime example of how we can armchair travel and have a vivid experience from our own living rooms.

This is of course, just the tip of the Kanopy iceberg. For book fans alone, there is an entire subsection of 638 videos, with sub-categories such as Writing Instruction, Interviews with Authors, and Literature Lessons. Just click ‘Browse’ beside the search bar, open the ‘Arts’ tab, and explore. 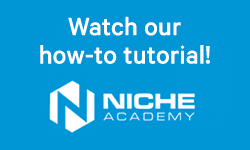