On the 11th hour of the 11th day of the 11th month, we stop to remember the men and women who have served in the Canadian military during times of war and of peace. We remember the conflicts, the lives lost, and all of the sacrifices made. Taking the time to research the full life of someone who served is a valuable form of Remembrance that can be done year-round. In this article we will explore the life of one specific soldier using resources available to everyone. 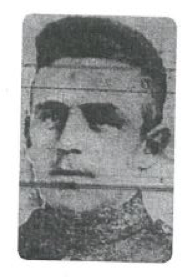 Francis Baldwin O’Neill’s name is found in the Book of Remembrance commemorating the 1,360 Halifax County men and women who gave their lives in the Great War. This book is one of three housed near the Local History Room on the 4th floor of Central Library. The books can also be seen online here. Private O’Neill was a member of the 85th battalion and died in action on June 28, 1917.

In Linda Gray-LeBlanc’s multi-volume “Halifax Heroes Remembered: The Story of Halifax Soldiers in World War I” more information is written about Pte. O’Neill. These books are composed of excerpts taken from the Morning Chronicle newspaper. They include write-ups memorializing the soldier, and sometimes include their picture as well as quotes from others who served with them. In O’Neill’s entry on page 180 of Volume 1, his picture is included (seen at right) as well as a letter addressed to O’Neill’s mother from his commanding officer:

“I look upon him as one of the most reliable and keenest soldiers. He fell, facing the enemy, as you will always have the satisfaction of knowing. He died a soldier’s death. A cross is being erected over his grave by the battalion so you will have the additional satisfaction of knowing he received a Christian burial. The officers and men of my company extend to you their sincere sympathy in your great bereavement.” -Morning Chronicle, August 18, 1917.

He is memorialized at the Vimy Memorial in Pas de Calais, France.

Library and Archives Canada has all of the personnel records of those who served in the Great War available here, opens a new window on their website. O’Neill signed up to join the military on the February 29, 1916. At the time he lived with his mother and father at 36 Brunswick Street. He would send 20 dollars back home to them every month. Francis would have been 18 years old at the time of his enlistment. He was not married and he was willing to serve in the Canadian Over-Seas Expeditionary Force. After enlistment, he was sent to the Canadian military camp in Bramshott, England. He joined his unit in the battlefield on June 7 and was killed in action just a few weeks later on the 28th. These are just a few pieces of his background that can be gleaned by reading these documents.

Francis Baldwin O’Neill’s military career was cut too short, but by learning even a piece of his story and that of others who have served, we can honour their sacrifices and keep their memories alive.

Veterans Affairs Canada has articles exploring the contributions of Black, Indigenous, and Women veterans, as well as more in depth information about the Canadian experience in World War 1. You can find those articles here on their website.

You can also learn more about the 85th Battalion which O’Neill served in by reading the following books: