As a Library member, you have a wealth of historical records and resources at your fingertips. This blog will showcase some of those resources, as well as stories of the founding cultures and historical happenings that have defined Halifax and Nova Scotia. 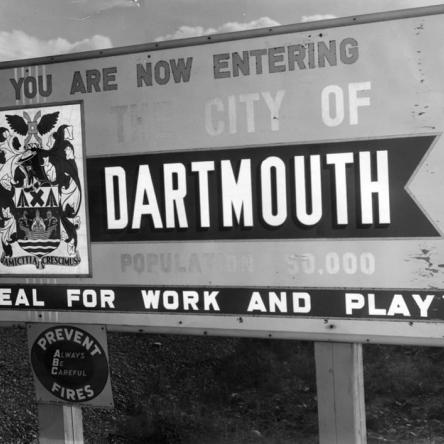 If you want the holidays of 1973 to rock, you need to get out and hit the shops. You hop into your bell bottoms, grab your puffer jacket and platform boots, and get truckin’ out the door! Staff blogger Vicky is taking you on a tour of Dartmouth retail in 1973.
END_OF_DOCUMENT_TOKEN_TO_BE_REPLACED 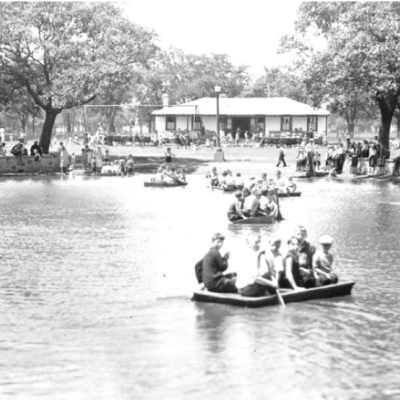 Wet, swampy, earth that fed multiple rivers and streams was once abundant in scenes in and around Halifax. One of the most substantial of these waterways was Freshwater River, or Freshwater Brook. If you were to go for a stroll downtown today you might have trouble finding it. So what happened to this water source? Where did it go and where can we find it today? Let’s take a look at the history of Freshwater Brook and discover where it might be hiding.
END_OF_DOCUMENT_TOKEN_TO_BE_REPLACED 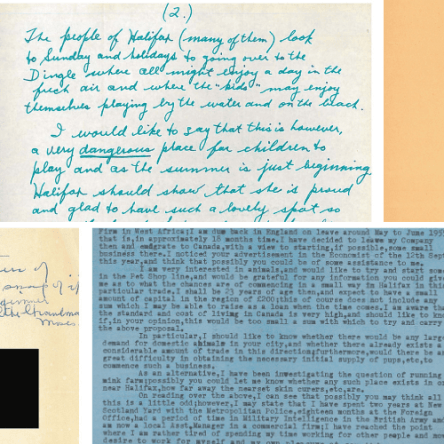 "If there’s one thing archivists hate, it’s a file labelled 'miscellaneous.' This presents a problem for archivists trying to gain control of the records, and makes it difficult for them to get a sense of what’s in each folder well enough to describe it to potential researchers." Looking back on miscellaneous government records from the Halifax Municipal Archives, Archivist Elena Cremonese explores some unique pieces of 1950s correspondence to Halifax's mayor.
END_OF_DOCUMENT_TOKEN_TO_BE_REPLACED 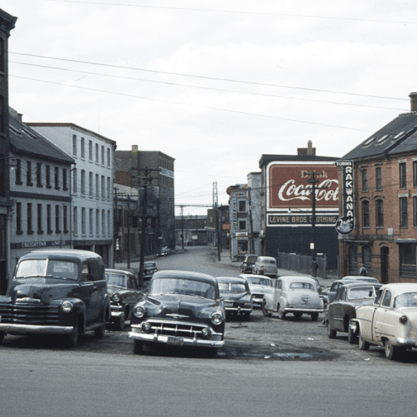 It’s 1950 and this bustling seaport is ready to open its doors and empty your wallet! So, put on your good trousers, or your best “new look” dress, and hit the streets for a day on the town in Halifax, stop-by-stop through history.
END_OF_DOCUMENT_TOKEN_TO_BE_REPLACED 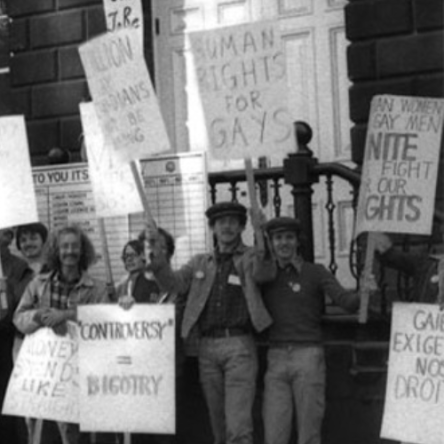 By Staff Blogger Vicky and Halifax Public Libraries' Local History Team | A local trailblazer, let’s take a look at Jim Bigney’s fight for equality, and how he helped change the path of 2SLGBTQIA+ rights in Canada.
END_OF_DOCUMENT_TOKEN_TO_BE_REPLACED 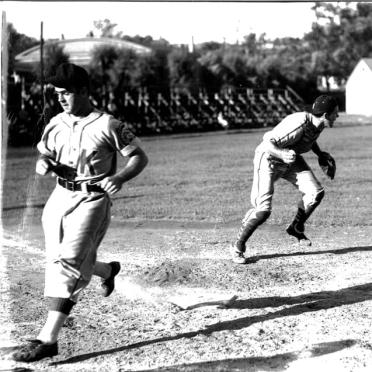 "Prior to receiving these photos from the Nova Scotia Sport Hall of Fame, I probably wouldn’t have taken the time to look into the history of baseball in Halifax. But the details from the photos, and the historical details that came up in the research for the exhibit, really bring alive not just the sport, but what life was like in the city as baseball was growing popular and as leagues were developing. It’s not just the history of baseball, but the history of a city through significant changes; baseball is a way into the lives of the people who played and watched the games."
END_OF_DOCUMENT_TOKEN_TO_BE_REPLACED 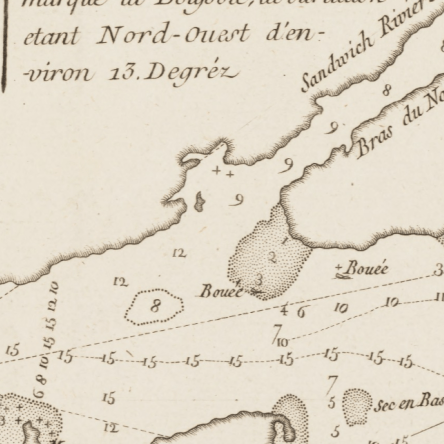 By Staff Blogger Vicky | "You take a tour of the Halifax Citadel, attend a service at St. Mary’s Cathedral, and watch the fireworks at Grand Parade—but what do these places have in common? All of these Halifax landmarks, and many more, were constructed with locally sourced stone—and with good cause! People don’t talk about the rocky shores of Nova Scotia for nothing. Let’s take a look at two of the first quarries founded near Halifax, and what they helped to build."
END_OF_DOCUMENT_TOKEN_TO_BE_REPLACED 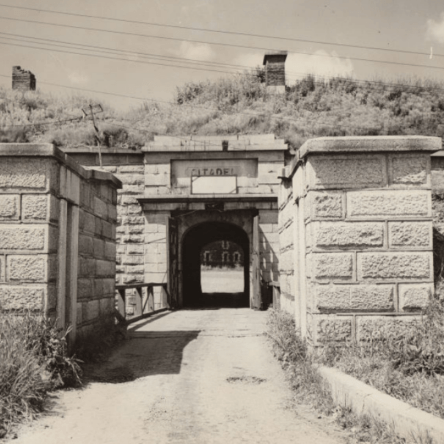 "Rumours of mysterious, underground passageways that lead from Fort George on Citadel Hill to various locations across the city have remained prevalent for decades. So the question is: do these myths have merit? Let’s take a look at the facts and the fiction about our famous tunnels."
END_OF_DOCUMENT_TOKEN_TO_BE_REPLACED 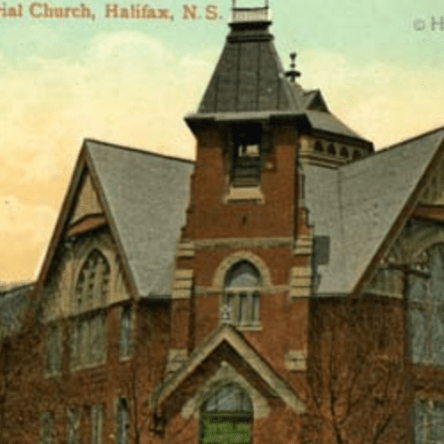 Written by Staff Blogger, Vicky | In the eyes of history, Hugh Brown Jr. would perhaps be considered an “ordinary” Halifax citizen. He was dedicated to his family business and worked hard throughout his life to provide for his loved ones. His life may be thought of as simple, but it was nothing if not sincere. Were it not for the efforts of regular people like Hugh Jr. and his family, Halifax would not be what it is today.
END_OF_DOCUMENT_TOKEN_TO_BE_REPLACED 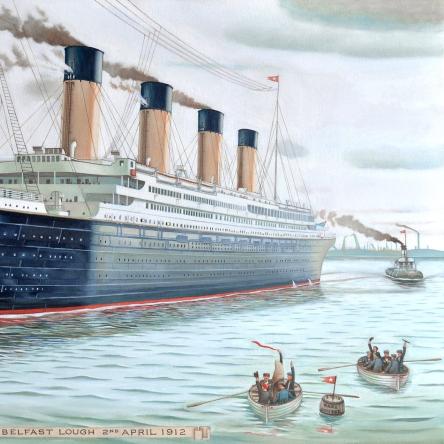 By Staff Blogger, Vicky | "On April 15, 1912, an article appeared on the front page of the Halifax Herald. “THE TITANIC IS STRUCK BY AN ICEBERG” the headline read, followed by four short paragraphs telling readers that nearby ships–like the Virginian–were changing course and heading to the Titanic’s location to offer assistance. It is clear from this brief story that the full gravity of the Titanic’s situation was not yet clear, and that the devastating news of the hundreds of lives lost was yet to come. Among the dead was prominent Dartmouthian, George Henry Wright. Let’s take a look at his life, how he came to be on the ill-fated vessel, and how his death affected our community."
END_OF_DOCUMENT_TOKEN_TO_BE_REPLACED
1 - 10 of 68