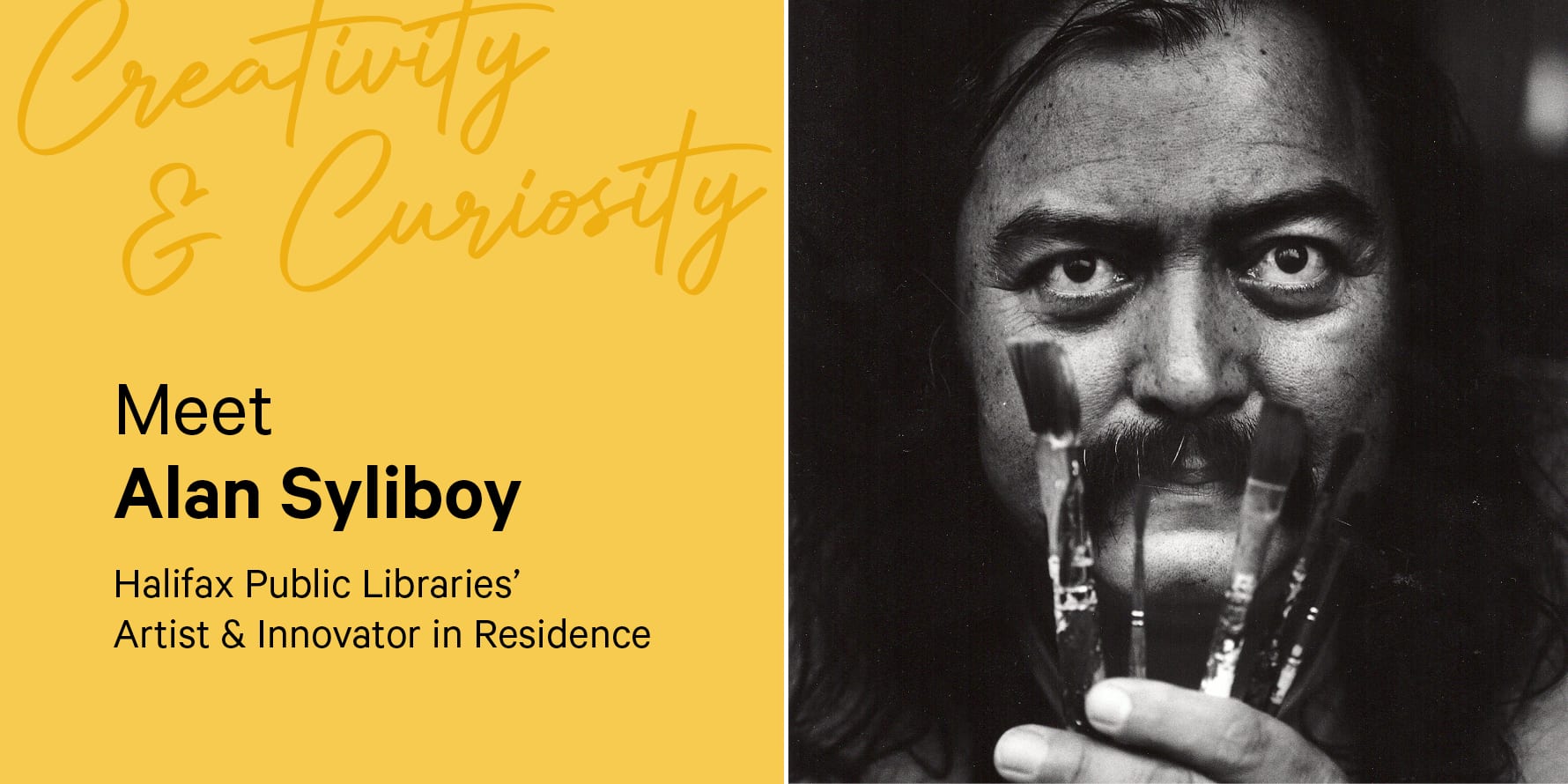 In April 2022, Halifax Public Libraries announced a Call for Applications for its new Artists & Innovators in Residence program and received many outstanding submissions. We are thrilled to be sharing news of the talented individuals who will be serving as Artists & Innovators in Residence, and are signing on to share their talents and ideas with our wider community in the months to come.

Follow along here, for the latest news and announcements in the series.

This blog post will be kept up-to-date with Alan Syliboy's latest work and events across all Library branches, collaborations, and ideas. Check back often! 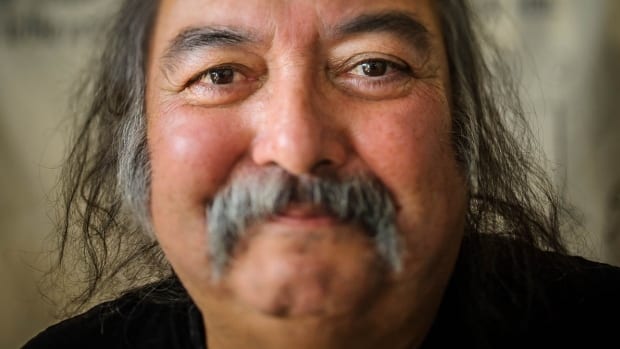 Mi'kmaw artist, Alan Syliboy ,was born and raised in Truro, Nova Scotia. Living in the Millbrook First Nations community, he journeys through his life with a demeanour of strength. Alan has built an ever-growing list of accomplishments throughout his lifetime, although many people are most familiar with his beautiful and unique works of art that captivate and inspire us.

Alan has studied privately with influential artist and activist Shirley Bear, who is an Order of Canada recipient; and furthered his education at the Nova Scotia College of Art and Design.

A Queens Golden Jubilee Medal recipient (2002), featured artist and consultant for CBC television, Canada Council for the Arts juror, art show curator, special delegate to Japan for the Federal Government, and lead artist for the 2010 Olympics, Alan Syliboy has, and continues to accumulate many amazing accolades and accomplishments through his career as an artist. Explore a full list on his website.

Alan also shares his talents through music, with his band, Alan Syliboy & the Thundermakers. They have been experimenting with performances that incorporate spoken word, line art, and projected animations.

He is also a published author of various children's books, animated, and historical works.

As Alan walks through this life he has made everlasting contributions and impressions that will teach and share his culture for generations to come. His art will continue to present the Mi’kmaw people with pride and his visions give us all a glimpse of his culture’s true beauties. 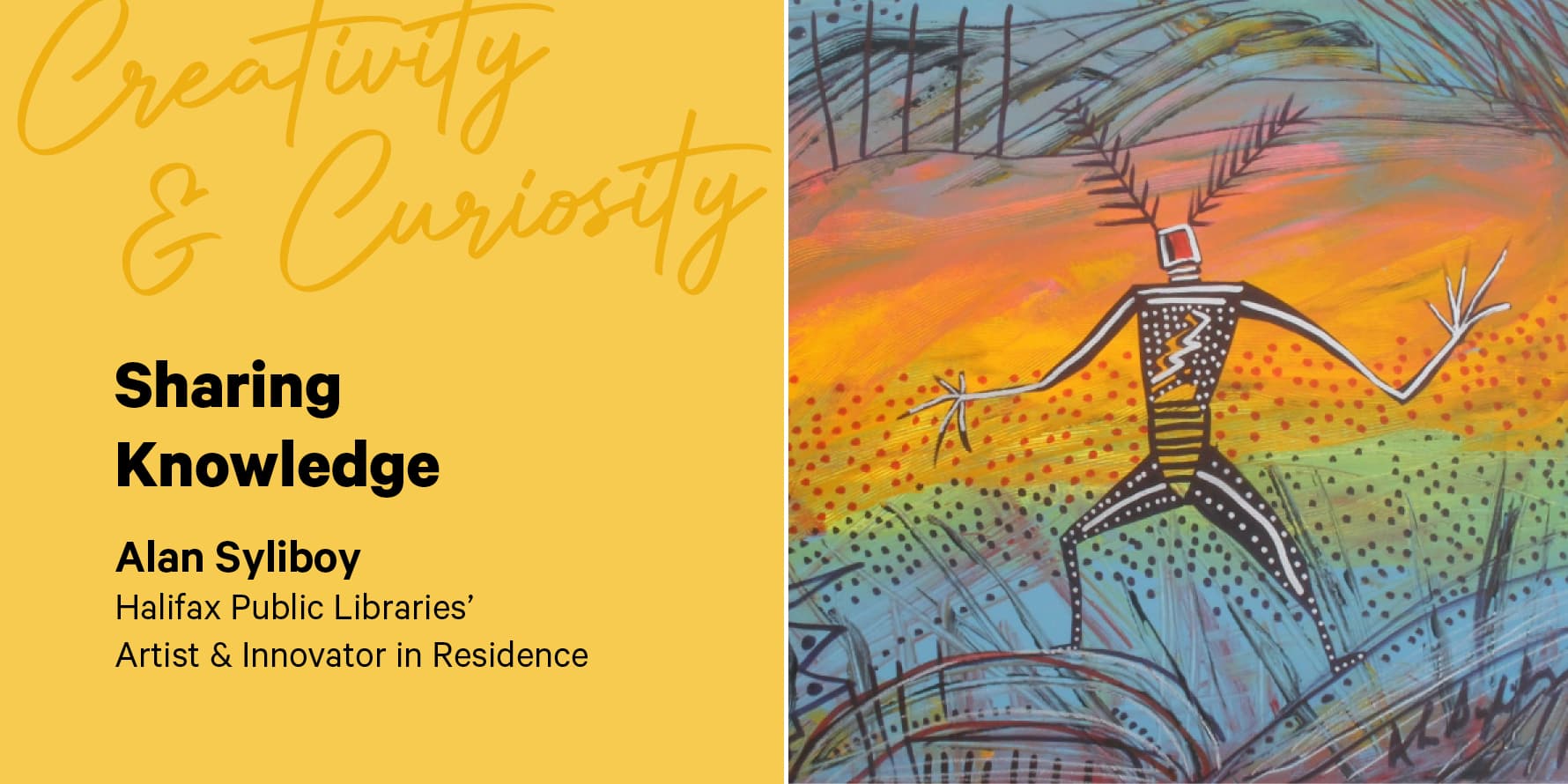 Through Sharing Knowledge, Alan will be hosting drum-making and painting workshops, concerts, and programs focused on celebrating and sharing Mi'kmaq culture, tradition, and music with community.

Free and open to all ages and audiences, Alan hopes the initiative will encourage folks in Halifax to try something new, expand their horizons, and embrace art of all kinds.

When asked by Billie Magazine in 2017: "What are the main messages or ideas you would like to communicate through your art? Why are these important to you?," Alan responded:

"Our culture is being decimated and has been since first contact, over 400 years ago. We’ve seen a loss in our numbers, the introduction of Christianity, and a diminishing knowledge of our past. I want to study our culture and bring it back. This is part of my quest. My allies in this pursuit are the Parks Canada archaeologists and Roger Lewis, the ethnology curator at the Nova Scotia Museum. Thanks to them, the information we have is much richer and deeper. As a result of this work I wrote a book called The Thundermaker, based on a multimedia exhibition I collaborated with Terry Graff on at the Beaverbrook Art Gallery. At the time, interest in the traditional Mi’kmaq stories and the petroglyphs had eroded. But there has been a resurgence and others are exploring these traditional stories in their art now, like Ursula Johnson and Fran Ward-Francis. It is wonderful to see that progression of people carrying on. The Thundermaker is in all the schools – I’m even recognised on the street by children – and I am thankful that it worked out that way. It’s not easy to be an artist, but I’m very happy that these stories are making an impact.

Artists are evolving in this area and we are gaining good artists with new ideas. I’m proud to see that happening. Part of your job as an elder is to pass this dedication onto the next generation."

He hopes to continue building on this knowledge sharing and support, through his Library residency.

Events will take place throughout Fall 2022 and will be added to our What's On calendar and the list below as confirmed.

Images and video from the series will be shared here, featuring performance, workshop, and behind-the-scenes content.

Check back soon for more!