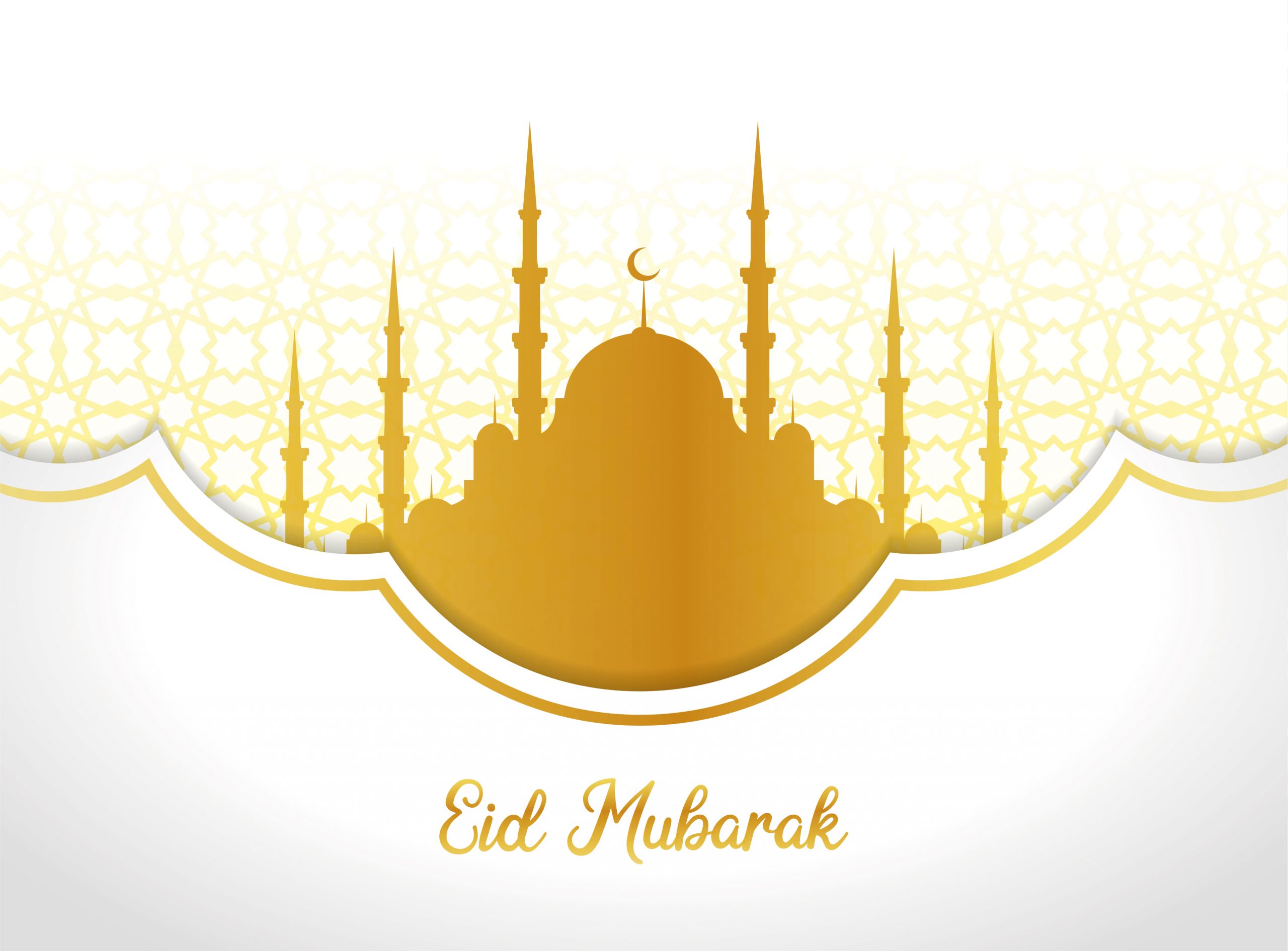 Eid al-Fitr is the three-day festival that marks the end of the holy month of Ramadan.

It is an occasion of peace and joy. People gather at mosques for Eid prayers, visit relatives, indulge in delicious festive meals, and contribute to charity.

For a better understanding of what Eid al-Fitr celebration means for Muslims, it is important to know more about the month-long dawn-to-sunset fasting of Ramadan. 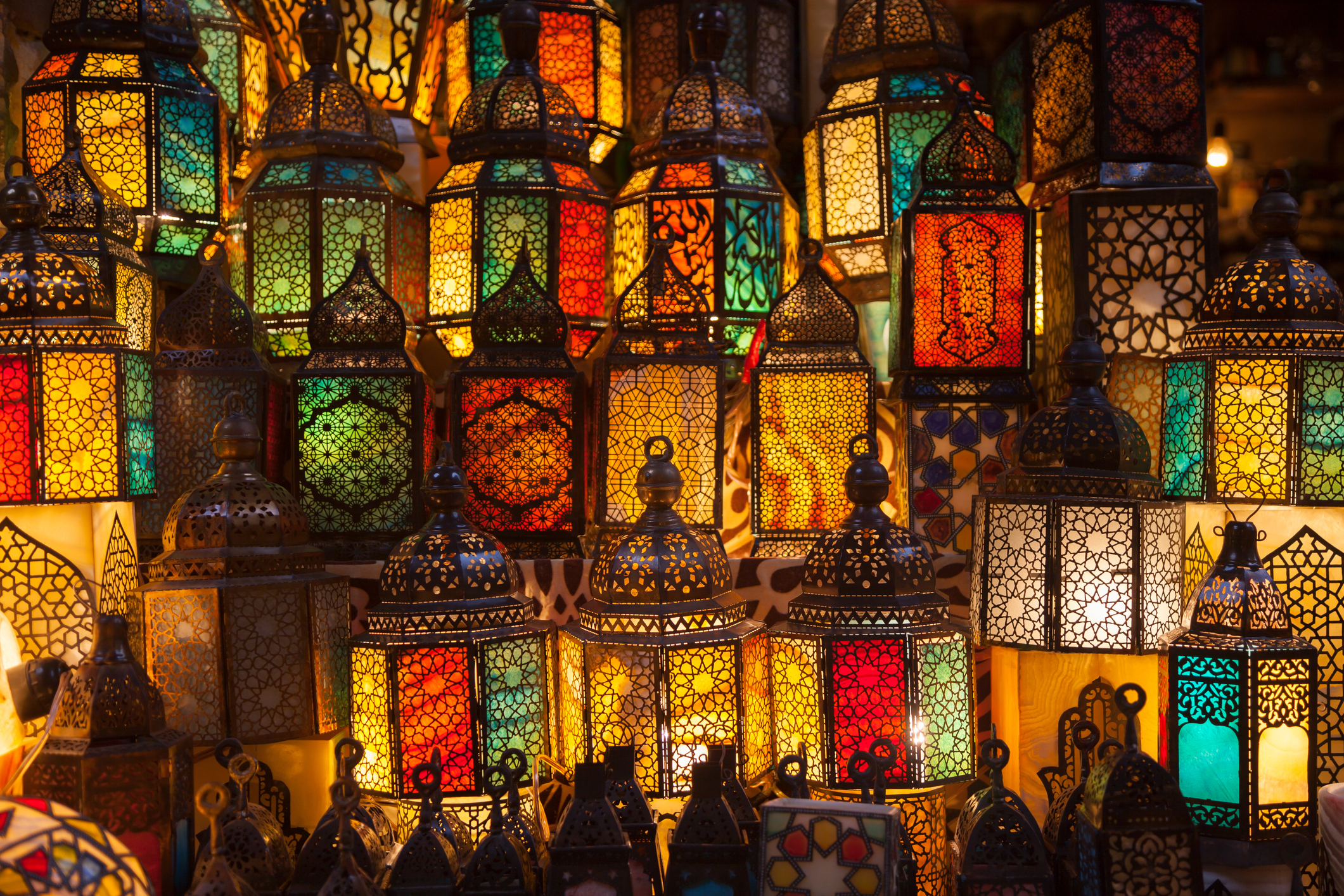 Ramadan is the ninth month of the Islamic lunar calendar, and it’s the most religiously significant time of year for Muslims throughout the world. It marks the month in which the Quran—the holy text of Islam—was revealed to the Prophet Muhammad.

The naming of Ramadan originated from the Arabic word “ar-ramad,” which means scorching heat.

Each day during Ramadan, Muslims do not eat or drink from sunrise to sunset. They are also supposed to avoid impure thoughts and bad behaviour. Muslims break their daily fasts by sharing meals with family and friends.

The first pre-dawn meal of the day during Ramadan is called “suhoor.” Each day’s fast is broken with a meal known as “iftar.” Traditionally, a date is eaten to break the fast. The types of foods served vary according to culture.

More information about Ramadan can be found in the video here., opens a new window

Ramadan at the Library 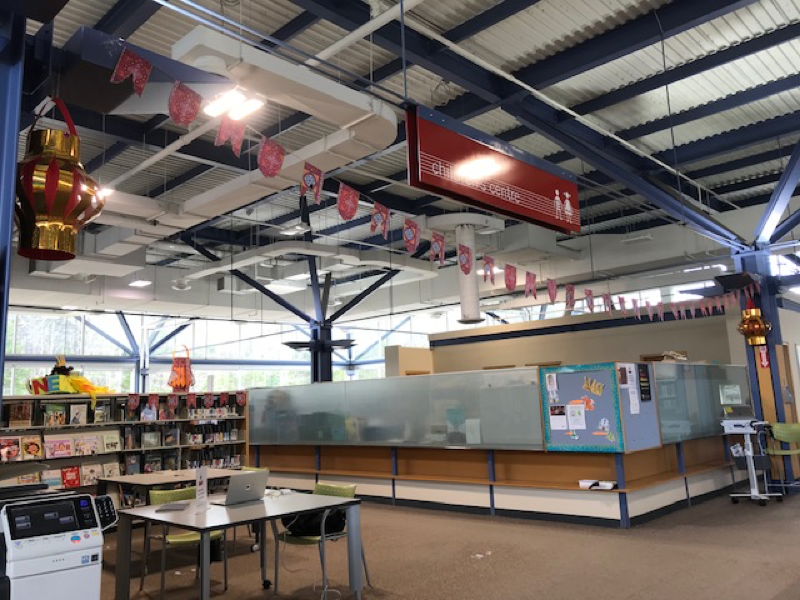 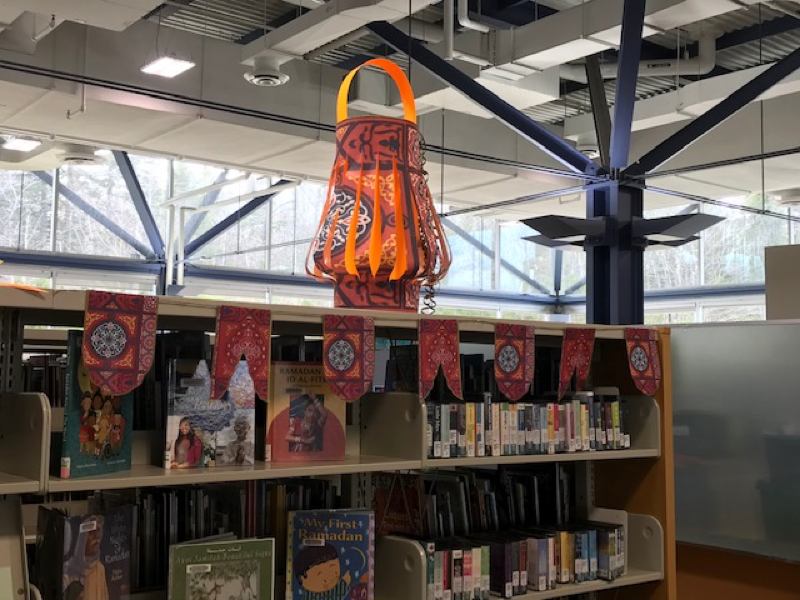 Halifax Public Libraries believes in building a strong, supportive and healthy community engagement with diverse cultures. We mark the start of Ramadan with a popular event at Keshen Goodman Public Library for the whole community, including crafts and snacks.

A popular social tradition for Muslims is Eidiyah, gifts of cash, given to children by their parents and older relatives within a family. It is considered a reward for successfully completing a month of fasting in Ramadan.

Eid food around the world 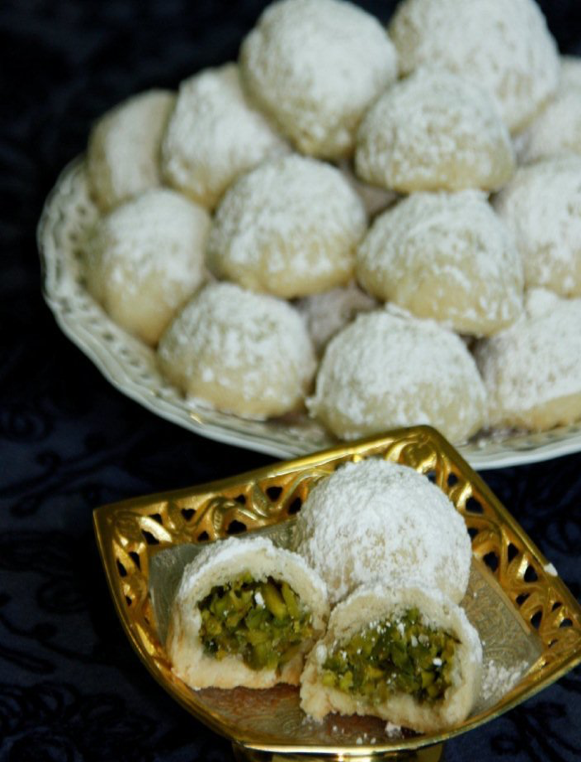 This shortbread cookie is primarily eaten in Levantine countries like Syria and Lebanon. There are different variations of stuffing, usually dates, pistachios, or walnuts, and they are often covered in powdered sugar. Kleicha is a very similar cookie enjoyed in Iraq as well as kahk in Egypt and Sudan. 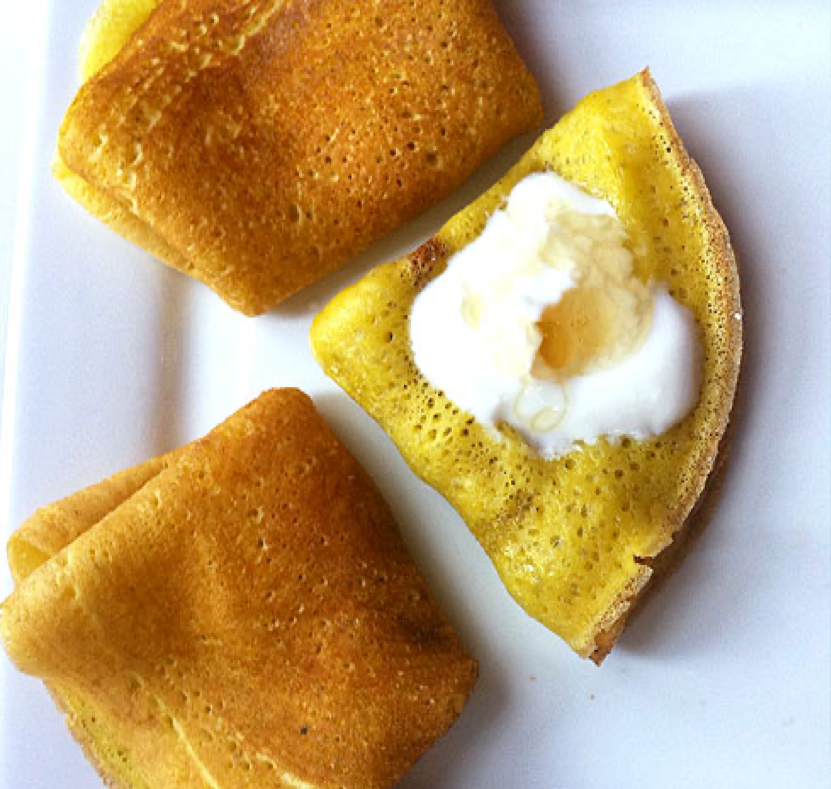 This is a Somali Eid bread similar to Injera (a white leavened Ethiopian bread made from teff flour, similar to a crêpe) in texture but has different spices added to it. On Eid, it’s typically served sweet with sprinkled sugar and topped with yogurt for a tangy contrast. This recipe is also very popular in Djibouti and may have originated there. 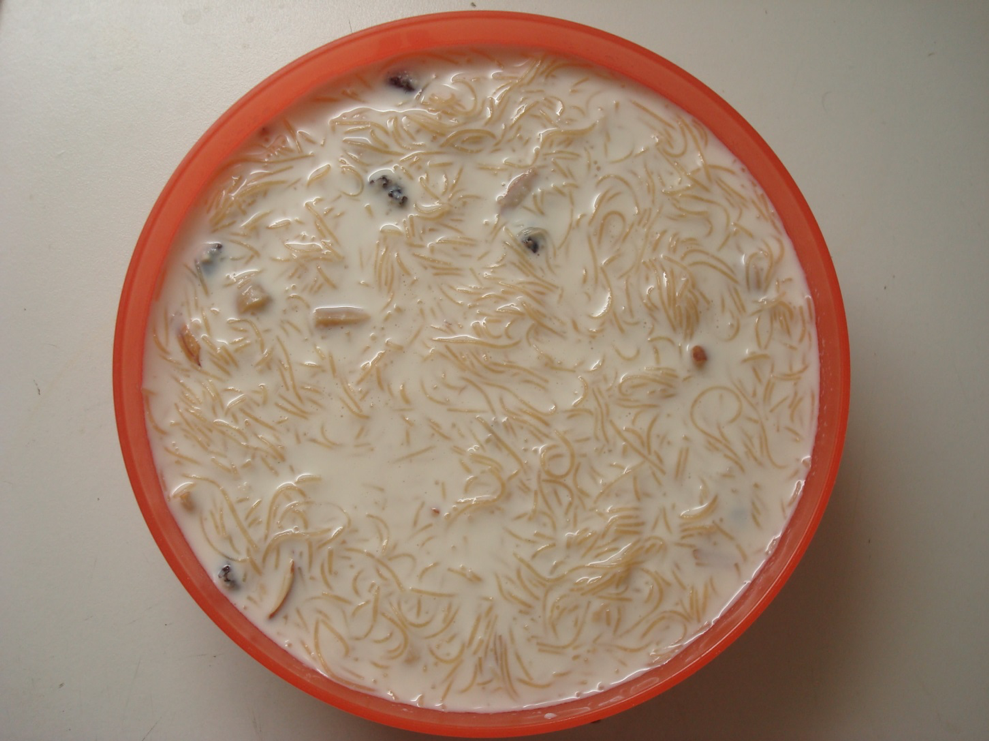 Literally translated as “milk with dates,” sheer khurma is also known as semai in Bangladesh. This sweet vermicelli dessert is an Eid favourite in Pakistan, India, Bangladesh, and Afghanistan. It’s prepared with vermicelli, milk, sugar, dates and, depending on the country, pistachios, almonds, and/or raisins. 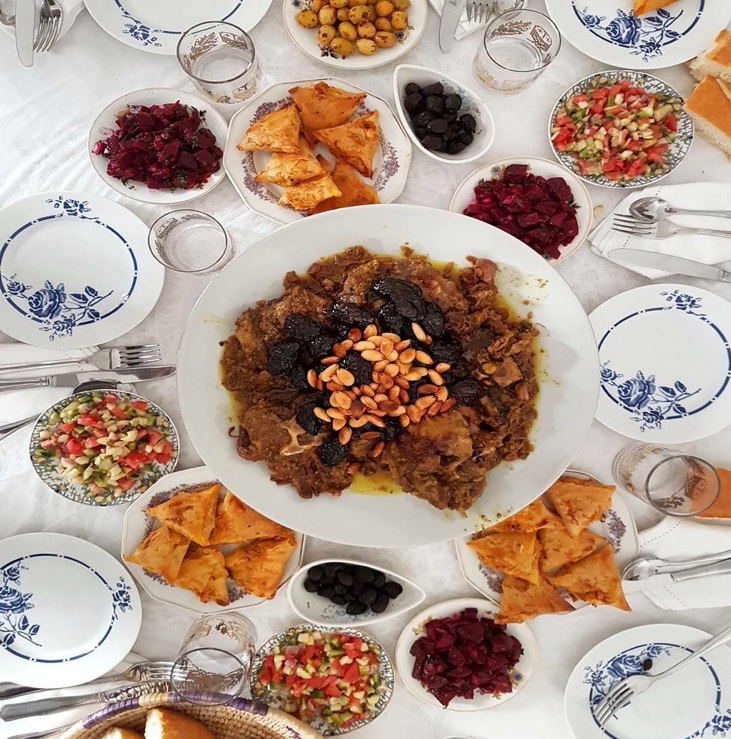 Tajine is often served in North African countries like Morocco and Algeria. It is a slow-cooked stew prepared with some sort of meat (often lamb or beef), with vegetables and/or fruits like plums and apricots. 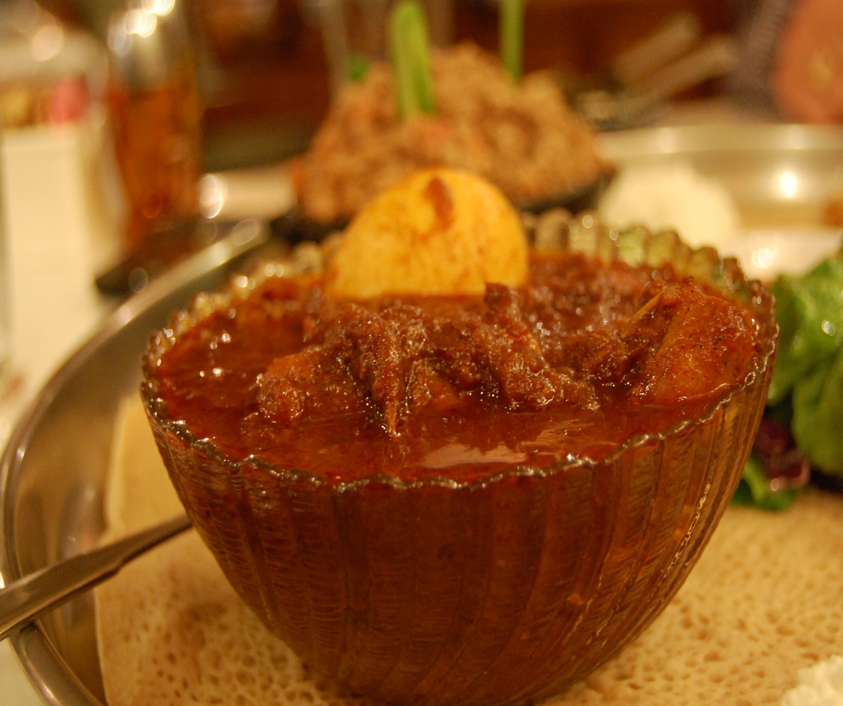 This is a hearty Ethiopian stew or curry prepared with chicken and is typically eaten with the classic sourdough-tasting bread, injera. It is typically served on a communal dish allowing everyone to dig in and enjoy both the food and the company. 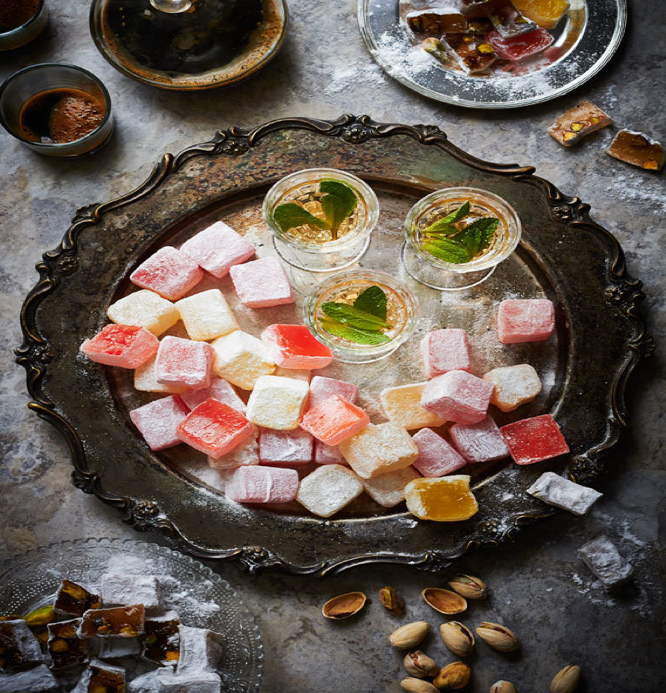 What we know in English as “Turkish delight,” lokum is a favourite for holidays like Eid in Turkey. This gel-like dessert is a combination of starch, sugar, and other fillings like dates, pistachios, and walnuts. It tastes good and is also one of the most beautiful Eid desserts as it can come in many different colours. 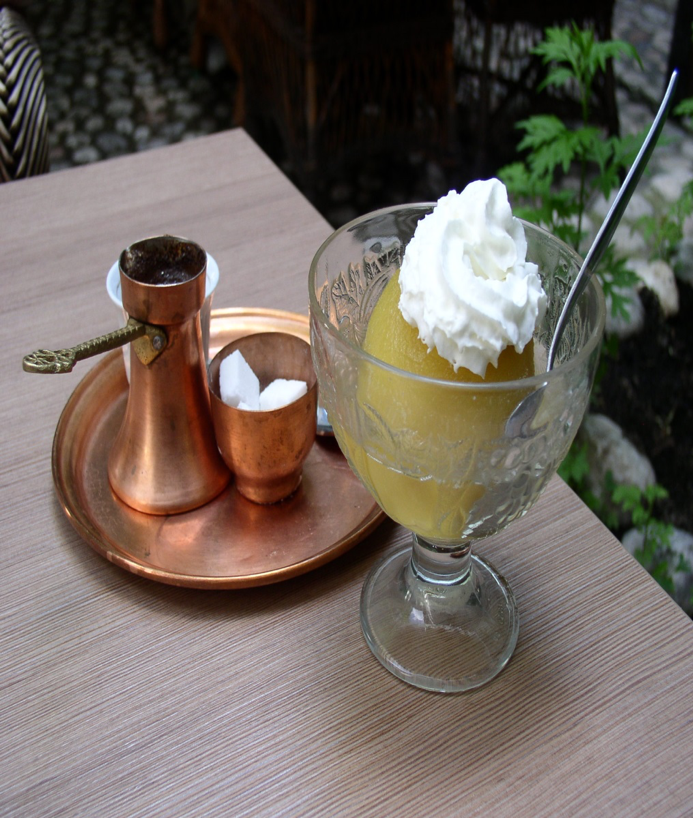 Tufahija is a dessert enjoyed by several Bosnians on Eid. It’s poached apple drenched in sugar and stuffed with walnut. It is often served elaborately in a large individual glass filled with syrup and topped with whipped cream. 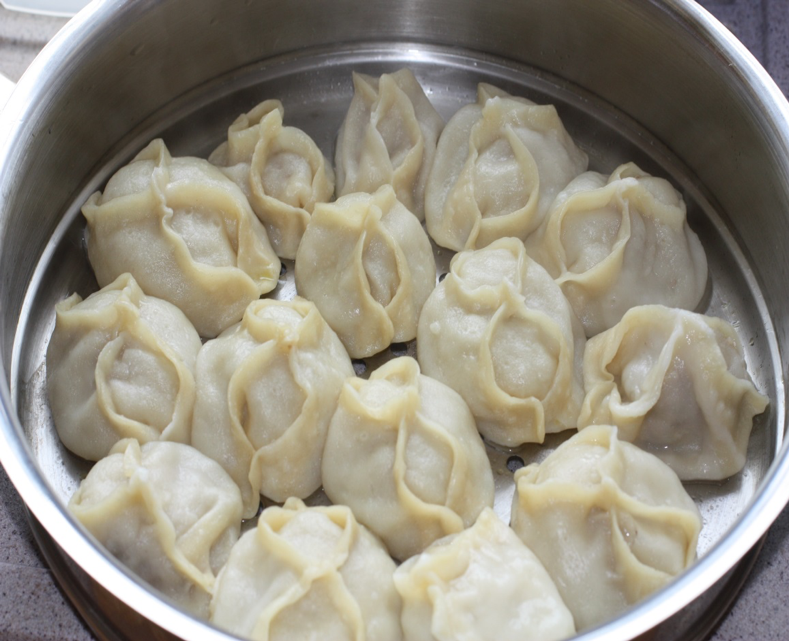 These dumplings are a traditional Russian Eid al-Fitr food, though they can be found all over the world. They are thought to originate in what we now know as China and are part of Afghan, Armenian, Turkish, Bosnian, and central Asian cuisine. They’re usually stuffed with spiced lamb or beef and their size and shape varies across regions. 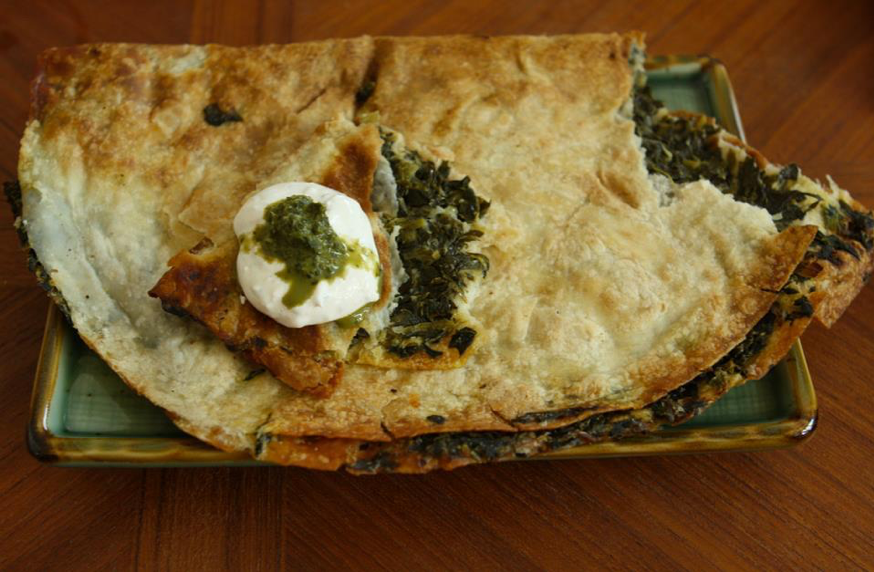 Bolani is one of those dishes enjoyed throughout Ramadan and still eaten on Eid al-Fitr and throughout other special occasions year-round. Found in Afghanistan, it is a thin-crusted bread with a vegetable filling, stuffed with foods like potatoes, lentils, or pumpkin and can be served with yogurt. It’s typically served as a side or appetizer, though it can be eaten as a main dish. 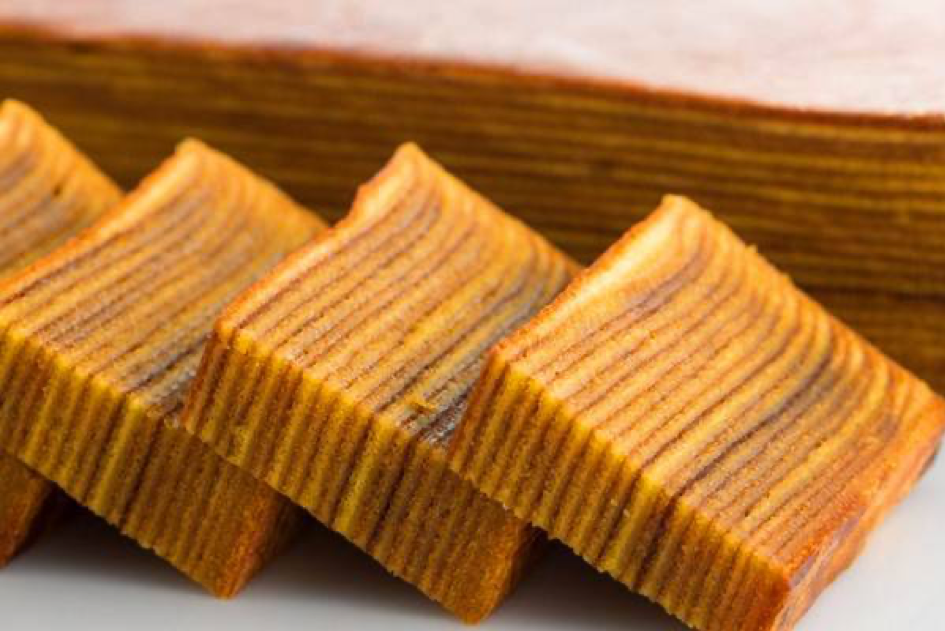 This is an Indonesian take on traditional Dutch layer cakes that was developed during colonial times. It’s made like a typical cake with flour, butter, and eggs, but contains Indonesian spices like cardamom and clove. It takes a lot of effort to prepare this cake, so it is seen as a delicacy to eat on special occasions. 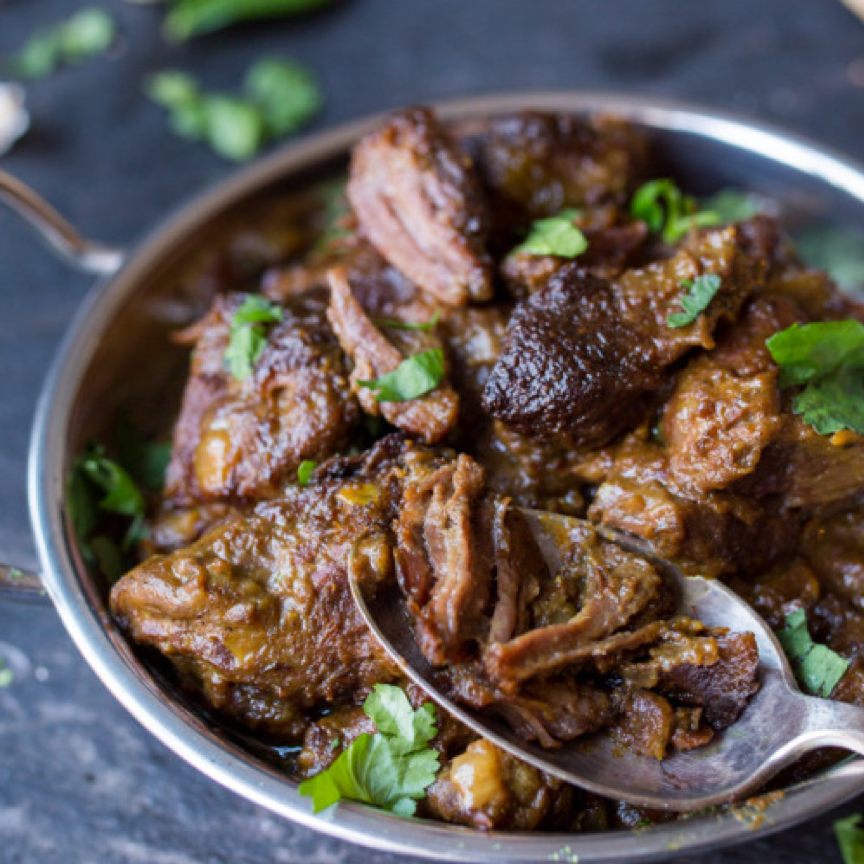 This spicy main course is an Eid classic in Malaysia. It originated with the Minangkabau ethnic group of Indonesia that saw the dish as an embodiment of their society’s culture with the meat symbolizing the leaders/royalty/elders, coconut milk the teachers and writers, chilli the religious leaders, and the spice mixture the rest of society. 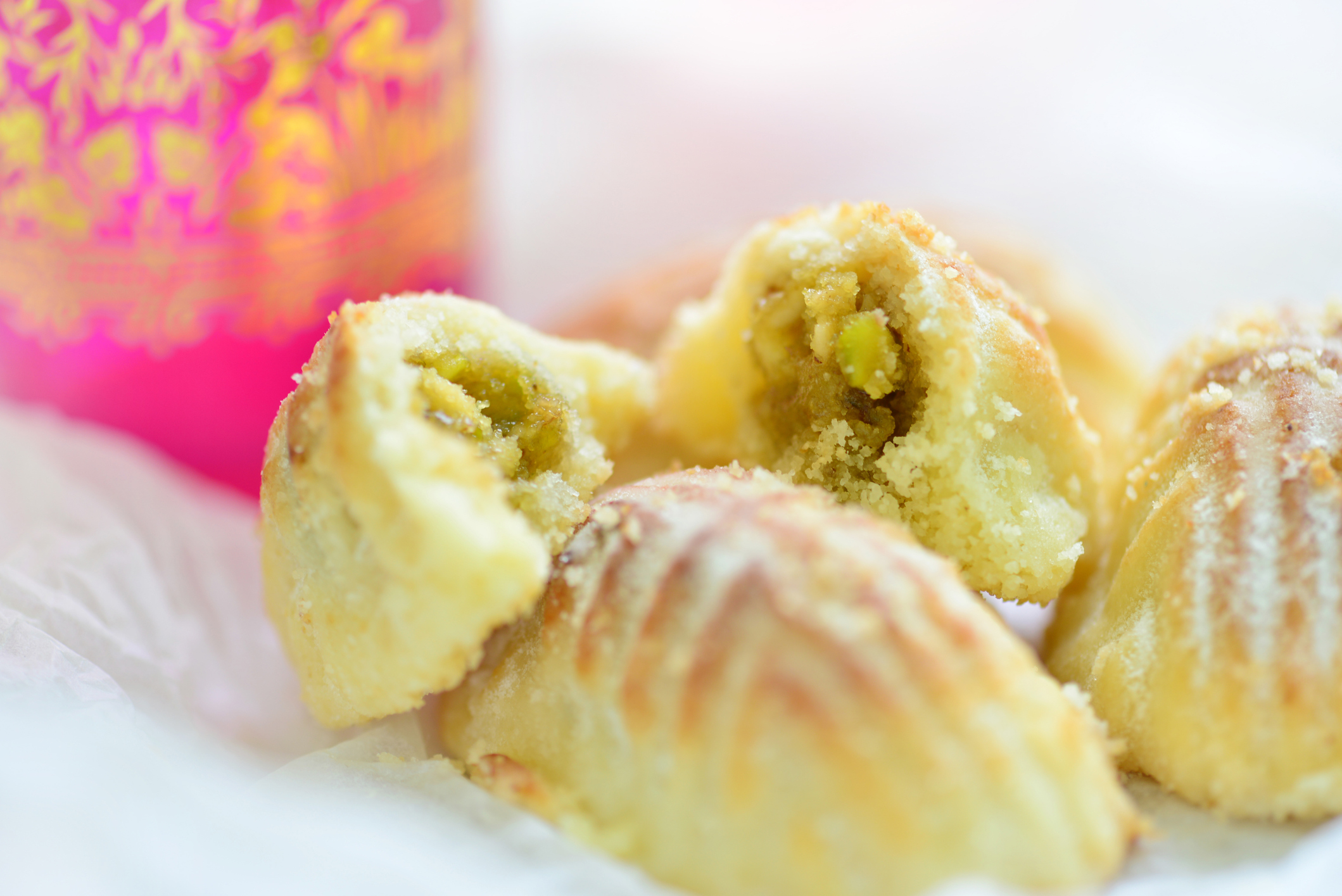 Eid cookies are sweet biscuits which are enjoyed in most Muslim households celebrating the end of Ramadan.

For the pistachios and honey filling: