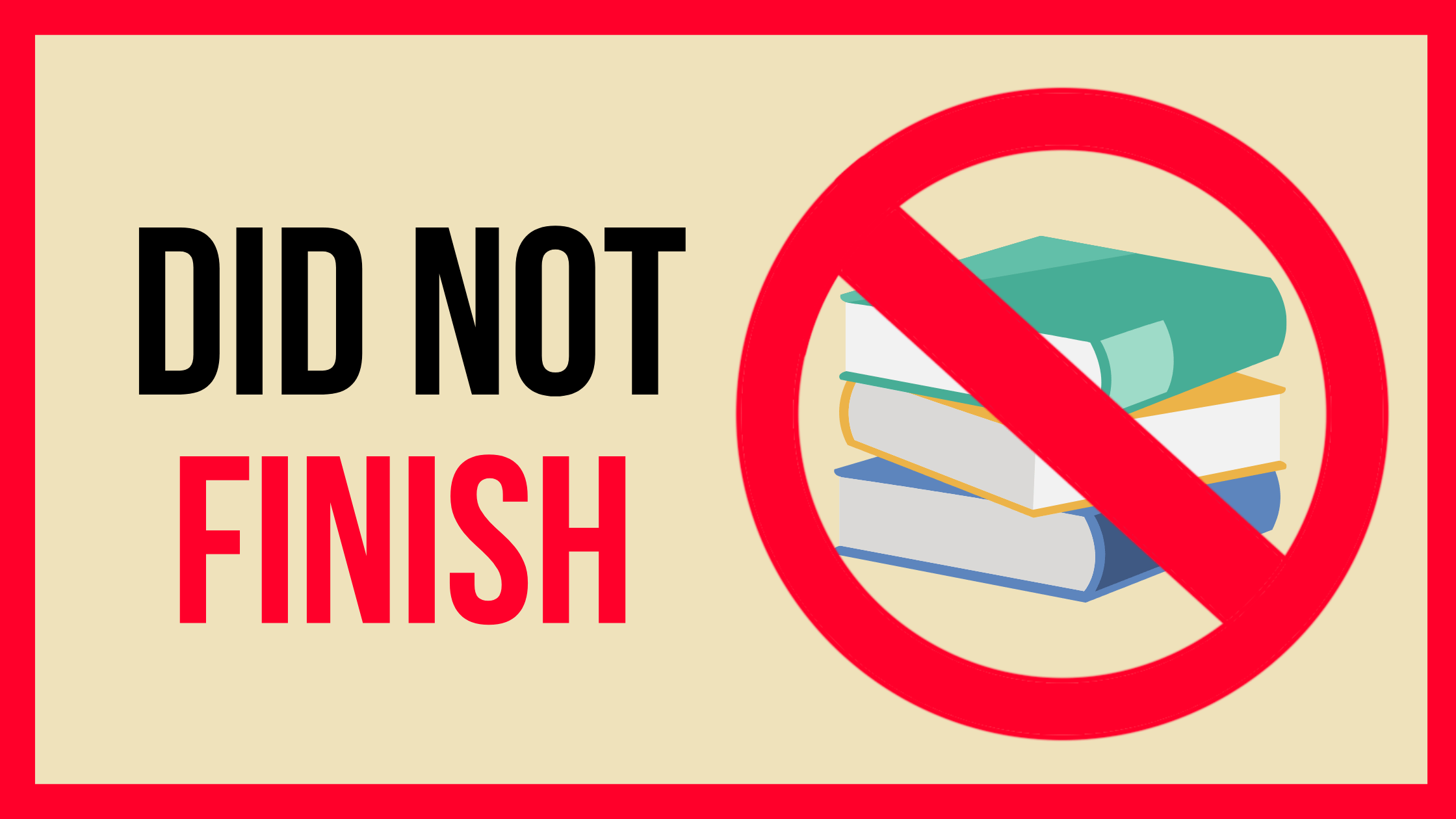 From A World of Curiosities, opens a new window by Louise Penny to Colleen Hoover classics, like November 9, opens a new window, libraries are filled with titles that attract book lovers of all kinds—but not everything is for everybody. For many of us, there are books we simply haven't been able to finish.

Maybe a plot took a turn for the boring, a more exciting story came along, or life became too busy—there are a million reasons why readers put books down and never pick them up again.

To show how common unfinished readings are, we asked our beloved coworkers to share books from their Did Not Finish (#DNF) lists. Here's what they had to say...

My DNF pick is 21 Lessons for the 21st Century by Yuval Noah Harari.

It's digestible, relevant and everyone seems to have read it — except for me. It sits on my To Be Read shelf.

I hope that someday I'll feel compelled to put down my fiction and thrillers and gain some needed insight.

21 Lessons for the 21st Century

My DNF selection is The Guest List by Lucy Foley.

I first heard about The Guest List from a trending #BookTok reading list, so I excitedly placed a hold on the audiobook. I don't know what it was; maybe the book's narrator or its slow introduction, but I just couldn't get into it.

One day I might place a hold on a physical copy to see if I like it more, but for now, it's staying on my DNF list.

My DNF book is Crimes Against My Brother by David Adams Richards.

I really wanted to like this book. I enjoy reading Canadian authors when I can, and the New Brunswick setting was interesting to me, and the plot sounded like something I would enjoy, but the pacing was killing me. I don't know if I've ever read such a slow-moving book before!

I forced myself to get about a third of the way through, but I finally decided I could not dedicate any more time to slogging through this book when I had a dozen more waiting for me that I was excited to read.

The older I get, the more I permit myself to quit a book — something I was almost incapable of doing when I was younger.

Crimes Against My Brother

My DNF selection is Haven by Emma Donoghue.

I love so many Emma Donoghue books — Akin and The Pull of the Stars are two of my favourites — so when Haven came out, I grabbed it right away.

However, twenty pages in, I noticed a difference: unlike Emma Donoghue's other books, it's set in seventh-century Ireland, so the language would take some getting used to, I thought.

Forty pages in, I was struggling. At 100 pages, I didn't want to pick it up. At 120 pages, I was forcing myself to read it, waiting for a surprise twist. Then, I gave up just over halfway. Maybe I missed the twist, but I couldn't do it any longer.

I'd love to know if I missed something. Did it get better? I need to know! I feel awful because I love her other books, but this one just wasn't for me.

My DNF is The Overstory by Richard Powers.

Universally loved, it sits unfinished on my shelf.

My hope is someday I’ll pick it back up and share with friends and family, but until that day, it remains unfinished.

Should I try the audiobook?

My DNF selection is The Man in the High Castle by Philip K. Dick.

Dystopian, alternate reality with a hint of historical fiction? It seemed like a perfect pick for me; I had such high hopes for this high castle.

However, I couldn’t get past Dick’s stylistic choice of writing — written from several characters’ points of view and taking on their specific speaking styles, often throwing in foreign words and phrases.

I gave it the ol’ college try and made it to about the three-quater mark before finally throwing in the towel.

This is a “love it or hate it” kind of book, and I am definitely the latter. I enjoy a smoother, more traditionally written story but would still recommend it to anyone looking for a unique reading challenge.

The Man in the High Castle

While staff didn't fall in love with their DNF picks, check out our staff picks for reads they're raving about.