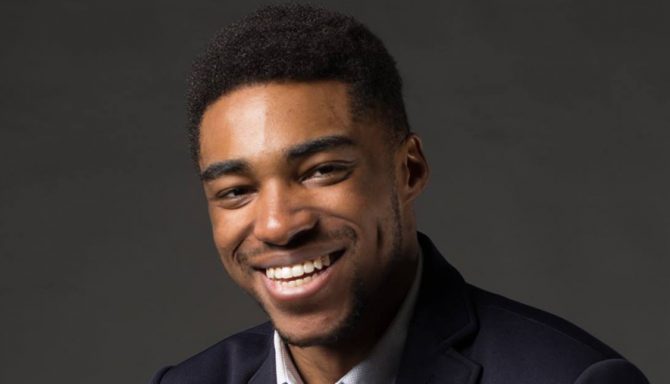 Have you ever gone days without seeing natural light? The winter months can be tough on all of us. Waking up in the dark, commuting to work or school in the dark, and coming home in the dark is a gloomy routine—and it’s the reality for some of us.

Even if we are lucky enough to see the daylight, it’s scarce in Nova Scotia from November to March, and it can really dampen the mood.

The lack of sunlight can bring on Seasonal Affective Disorder (SAD). It causes people to experience mood changes when fall and winter bring darker and colder days.

“Using Light Therapy has contributed to my overall well-being over the last few years,” he says. “When I first started school, it’s something that I recognized as being necessary during the tough winter months.”

Dexter first heard about light therapy as a mental health tool from friends who had been using it. Once he learned that Central Library (and all branches of Halifax Public Libraries) had a Light Therapy station, he took full advantage.

“January and February are the worst months for me, personally,” he says. “There’s less light, you’re working inside more, and not getting any of that natural light, and it can really have an impact.”

Dexter visits Central Library to catch a break from school and to check out some of the programs happening there. During the winter, if he’s there, he’ll take a seat at the lamp.

“I’ve sat at the lamp a few times on the top floor,” he says. “Sometimes, it’s just about trying to boost my mood—and it does help me.”

If he doesn’t have a busy day, he’ll head to the Light Therapy station with a book. He says it’s very much like being in the sun.

Dexter also has a personal device at home that provides natural light. It helps him wake up and begin his day.

“I’m leaving my house in the morning before the sun comes up, and leaving school after the sun sets,” he says. “It helps set a positive tone for my day.”

Seasonal Affective Disorder (SAD) can impact people in different ways and on different levels. Dexter says he knows others who use the light to combat short days, and to help boost their mood.

“It doesn’t solve the problem, but it certainly helps.”

Find your light with Light Therapy at Halifax Public Libraries.