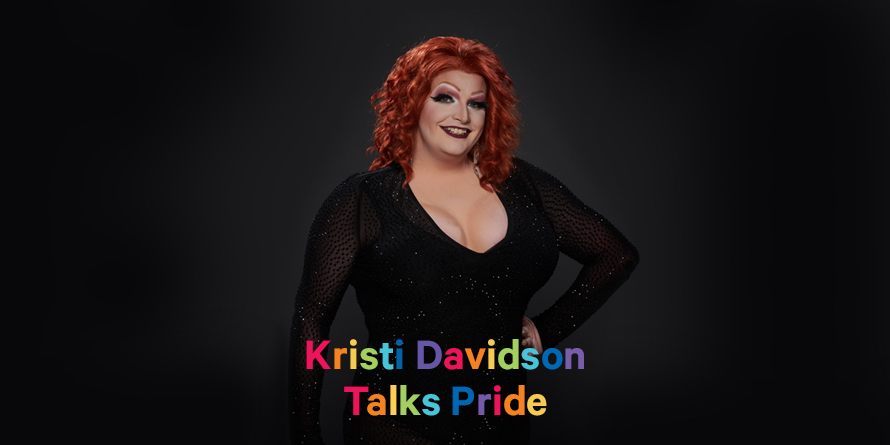 Kristi Davidson was born and raised in Halifax, NS—except for those five years in the South. (What happens in Oklahoma, stays in Oklahoma!)

For the past 11 years, Kristi has been Halifax's resident Broadway Diva, impressing audiences far and wide with her dance moves and sewing skills. From Liza to Bette, Robyn to RuPaul, Kristi’s favourite performances are as eclectic as she is. Kristi is the current reigning Atlantic Drag Star and has had the chance to perform all over Canada and the United States, including the 2017 Austin International Drag Festival. She also generously supports the Library's Pride Week events by giving of her time and talents.

Here, Kristi talks to us about drag, Pride, RuPaul, and books.

What about drag inspires you?

Drag has always been a performance outlet for me. I grew up dancing back-up for Drag Queens, and after returning to Halifax and not dancing so much anymore, drag presented itself as a way to express my creativity. There aren’t too many hobbies that allow you to create your costume, choreography, and persona all at the same time.

Will you be taking part in any special events for Pride 2019?

Pride is a very busy time for any drag performer. You can catch me at:

Check out Halifax Pride, opens a new window for details on the events listed above.

What do you think is the most important message people can take away from Pride?

The most important message that comes with Pride is that although there is a lot of glitz and glam in Pride festivities, we can never forget the reason Pride exists. There are still so many people all over the world who do not have the same rights as we are afforded in this country.

You're hosting RuPaul's Drag Race Trivia on July 27 at Keshen Goodman Public Library.
Have you always been a big fan of the show? What can participants expect from the event?

I have watched Drag Race from the very beginning. It began the winter after I started performing in drag, so to see drag on the television was fantastic. I always love seeing the different styles of drag they have on the show. They showcase so much and expose people to things that you wouldn’t necessarily see at every drag show. Its been great too to see how the show has evolved over the past 11 seasons.

As for Trivia, I am so excited to be back at Keshen Goodman again this year. Last year we had so much fun. The teams were so excited and knew their stuff. So if you are coming this year expect some fierce competition, some laughs, and a great time. 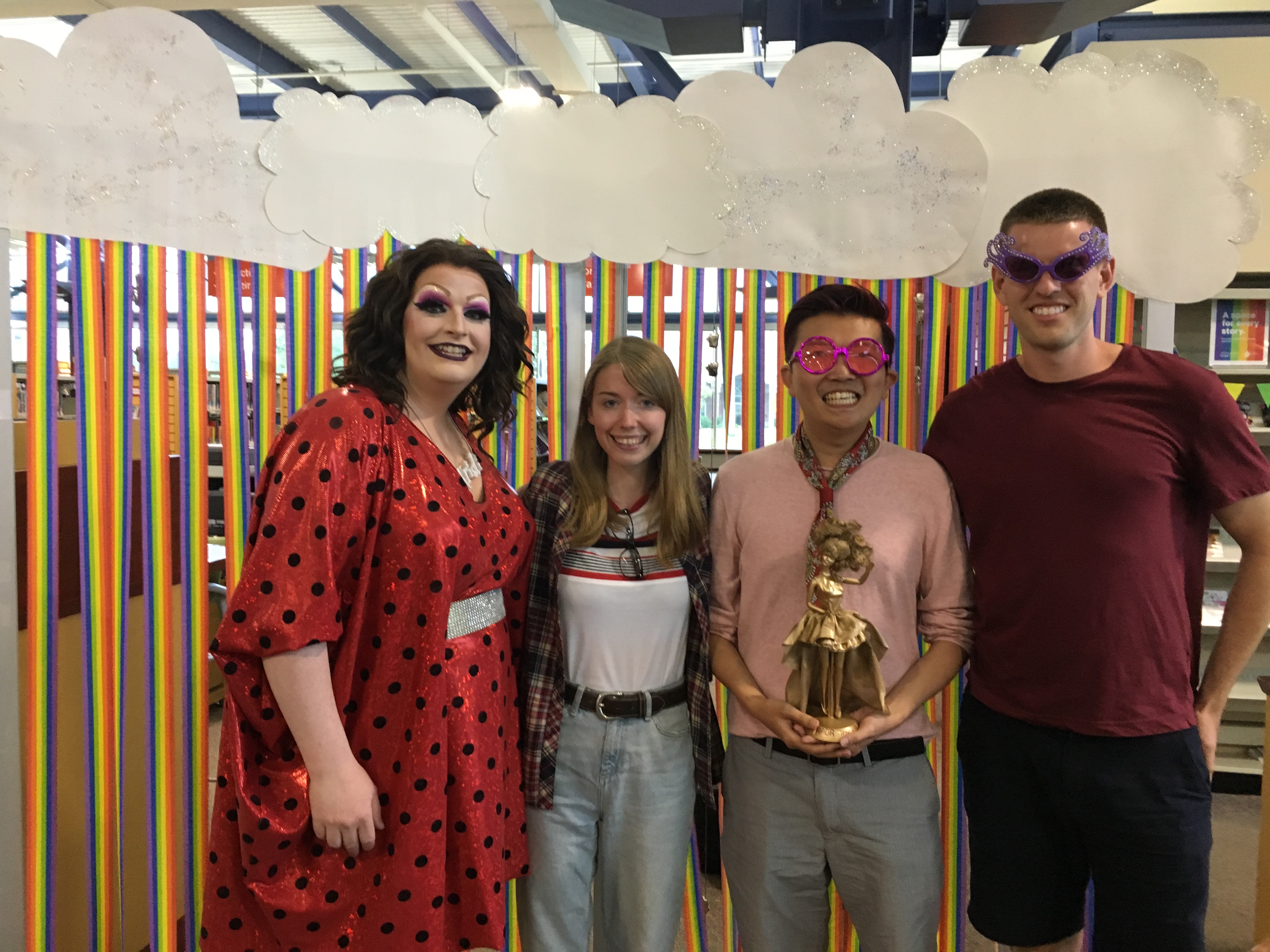 We so appreciate your support of the Library.
Do you have any memories of using the Library growing up? What does the Library mean to you now?

I remember as a child, Library visits after swimming lessons or on outings with my Aunt. It was always a treat to go and pick out a book.

The Library now is a great resource for many things, from research, to meeting and performance spaces. It is so great to see how they have evolved and created great spaces not only for avid readers but for anyone.

Do you have any favourite books you'd like to recommend?

Lately I have been reading a few Drag Race related books, The Diva Rules by Michelle Visage and GuRu by Rupaul. But I think one of my favourite books I have ever read was Without You by Anthony Rapp.

Do you have any favourite book characters or authors who have inspired you?

Growing up, I read the Harry Potter series and I think those books and characters have helped maybe lend a bit of whimsy and magic spark to my drag.

I don’t have any great words of wisdom, but I do live by the motto that "life is too short to sweat the small stuff." Some days its tougher than others, but in the end, it's easier to forgive than to hold a grudge.