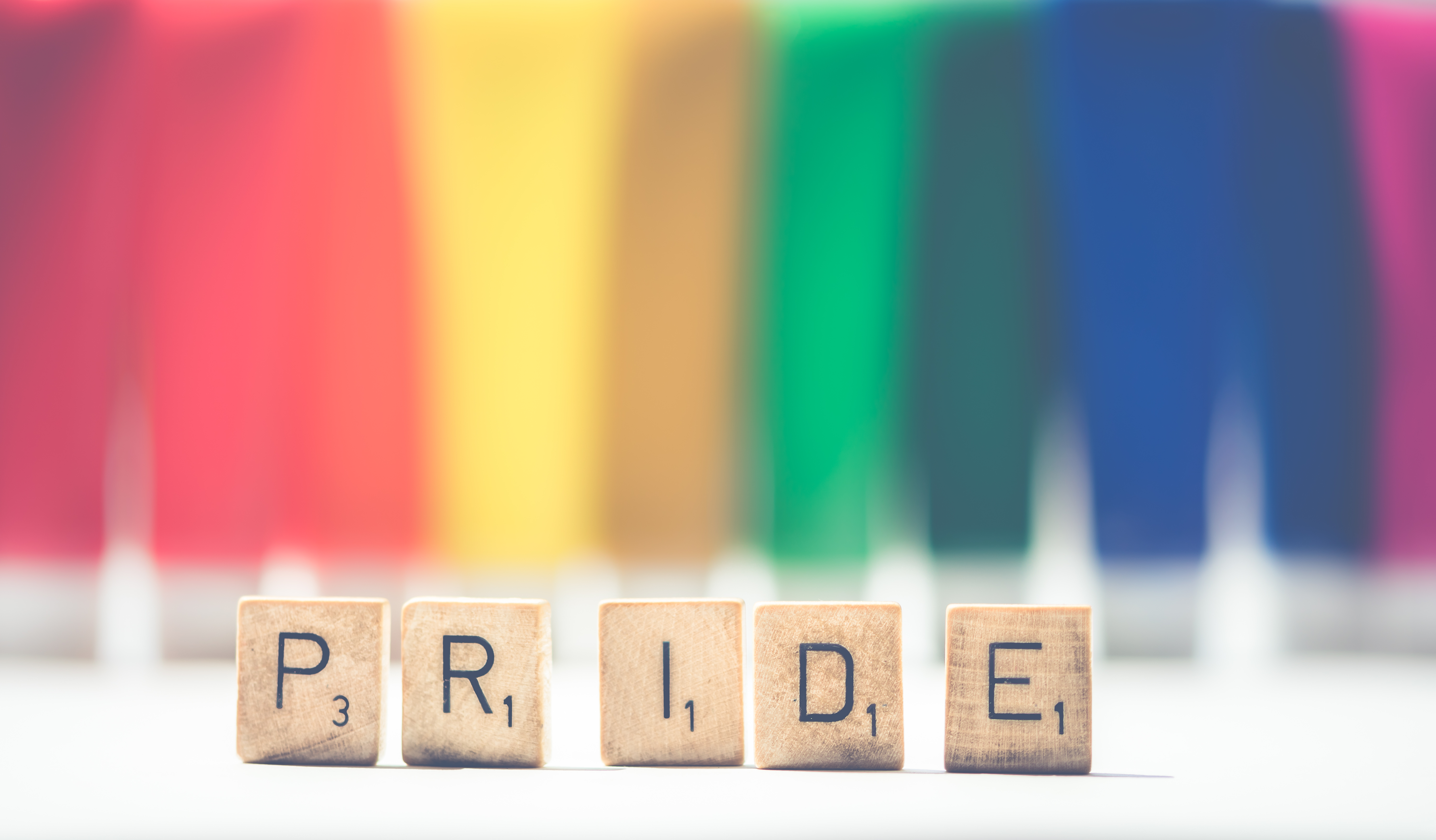 Halifax Pride began in 1988 as a protest, because LGBTQIA2S+ individuals did not have legal protections from homophobic and transphobic discrimination, and because they commonly faced threats of violence. Over the years, Halifax Pride evolved and now Halifax hosts the annual Pride festival every July. The festival celebrates the diversity of LGBTQIA2S+ individuals and their communities. While Pride will look a little different this year, that is not stopping us from celebrating! Check out our Pride Portal, created in partnership with Wabanaki 2-Spirit Alliance, Eskasoni Pride, and HRM's Office of Diversity & Inclusion, for videos, reading lists, and more.

The following non fiction and poetry LGBTQIA2S+ books are a great addition to your reading lists during Pride and all year round.

1. The Stonewall Riots: Coming Out In The Streets by Gayle E. Pitman

The Stonewall Riots: Coming Out In The Streets offers readers an introductory and thorough look at the Stonewall Riots. Pitman takes the readers back to the early morning of June 28th, 1969 at the Stonewall Inn. After a police raid, LGBTQIA2S+ individuals took to the streets in a series of violent demonstrations against police brutality and the lack of laws in place to recognize the LGBTQIA2S+ community. The Stonewall Riots are seen as one of the major catalysts of the gay liberation movement in the United States. Pitman covers the history of LGBTQIA2S+ rights in America, the riots themselves and the aftermath. Pitman includes interviews with witnesses who were there at the time, photos, and newspaper clippings that take readers back in time to this revolutionary political movement.

2. When Brooklyn Was Queer by Hugh Ryan

When Brooklyn Was Queer

Rainbow Reflections: Body Image Comics for Queer Men is an anthology of comics that look at body image from the perspective of queer men. The comics cover topics like masculinity, self worth, and attraction. The comics are supplemented by facts about queer men’s health and together form a thoughtful and informative collection of personal anecdotes.

4. A Quick & Easy Guide to They/them Pronouns by Archie Bongiovanni

A Quick & Easy Guide to They/them Pronouns is exactly what it sounds like! The book is narrated by Archie, a genderqueer artist, tired of people not understanding gender-neutral pronouns and their best friend Tristan a cisgender man who wants to introduce gender-neutral pronouns to his workplace. The two guide readers through an explanation of what pronouns are and how to use them. They also include tips for what to do if you misgender someone and safety tips for folks who exist outside of the gender binary.

5. Wow, No Thank You: Essays by Samantha Irby

Wow, No Thank You

Comedian and author Samantha Irby is back with another hilarious collection of personal essays. Wow, No Thank You chronicles Irby, who is now 40, and has left Chicago where she resided for many years for Kalamazoo. Irby recounts with humour,  stories of her and her wife and their fixer upper house, making new friends and how weird that always is and her forays into mason jar salads. Irby writes with humour and heart and fans of humorous memoirs will eat up this new collection.

6. Sorted: A Memoir About Growing Up, Coming Out, and Finding Your Place by Jackson Bird

Sorted: A Memoir About Growing Up, Coming Out, and Finding Your Place

Jackson Bird has been a beloved leader in the Harry Potter community for years and when he was 25 he came out as transgender. In Sorted, Bird recounts his childhood in Texas in the 90’s, his experiences in colleges, a breakdown at a Harry Potter convention and his transition as an adult. Sorted is an intimate account of Bird’s experiences as a trans man, filled with humour and Harry Potter jokes.

7. Save Yourself: Essays by Cameron Esposito

Save Yourself: Essays is the memoir of comedian, actress and podcast host Cameron Esposito. In this humour filled memoir, Esposito takes readers though her experiences growing up and coming out. Save Yourself recounts Esposito growing up gay in a Catholic household, her trying to date boys as a teenager, and her coming out as a lesbian as an adult. Save Yourself is a powerful account of figuring out one’s identity, interspersed with Esposito’s usual comedic flair.

Disintegrate/dissociate is a collection of poetry that explores human relationships. Twist crafts beautiful poetry are about trauma, displacement, and identity and the complexities of human relationships, following death and change. The poems explore her own experiences as an Indigenous, Trans Woman.

Twist is originally from George Gordon First Nation, Saskatchewan and she is now based out of Halifax.

9. There Will Be No Miracles Here by Casey Gerald

There Will Be No Miracles Here

There Will Be No Miracles Here begins in 1999, where Casey Gerald is at his grandfather’s Black evangelical church awaiting the end of the world. Gerald then takes the reader through his childhood where he grew up poor, his experiences playing football and studying at Yale and finally to his experience getting his MBA from Harvard Business School. There Will Be No Miracles Here is the story of a Black gay man navigating the world of Wall Street and beyond and how these societies are preventing marginalized folks from success.

10. Over The Top: A Raw Journey to Self Love by Jonathan Van Ness

Over the Top: A Raw Journey to Self Love

Jonathan Van Ness sashayed his way into everyone’s hearts on the hit Netflix tv show Queer Eye. In this memoir, Van Ness offers a raw look into his life from his childhood, through his adult life. Van Ness covers topics such as abuse, addiction, abuse and being diagnosed as HIV-positive. Van Ness writes with heart and humour and is as likeable on the page as he is on the screen.

11. The Fire Never Goes Out: A Memoir in Pictures by Noelle Stevenson 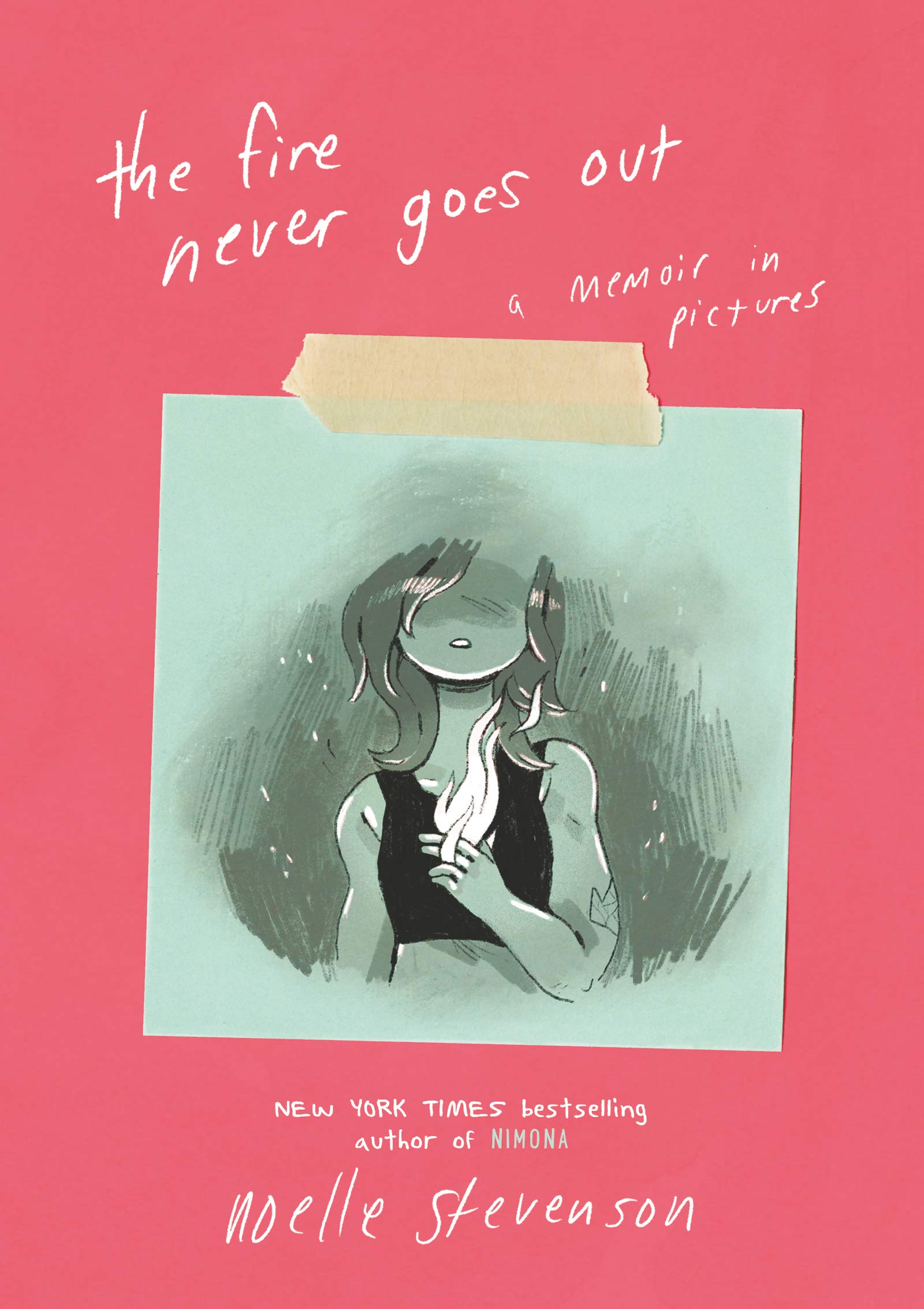 Noelle Stevenson, author of Nimona, has crafted a beautiful graphic memoir of their life as an author-illustrator. Stevenson guides readers through experiences including their time at art school and when they became a National Book Award Finalist for Nimona. Stevenson recounts their experiences with mental illness, coming out and falling in love. A collection of Stevenson’s year in review comics from over the years, The Fire Never Goes Out is a touching memoir about growing up and finding yourself.