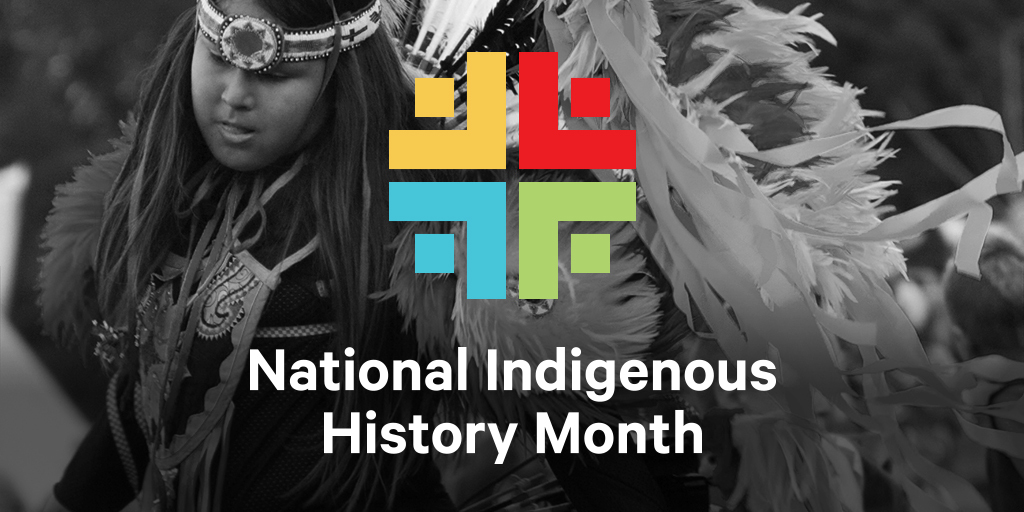 Written and created by the Indigenous Day Committee

Halifax Regional Municipality, Halifax Public Libraries, Mi’kmaw Native Friendship Centre and community members have worked together to offer the following collection of cultural teachings, videos, and reading lists about and from the Indigenous Community. Explore, share, and enjoy now, year-round, and in years to come.

This was the result of consultations and statements of support for such a day made by various Indigenous groups.

On June 21, 2017, the Prime Minister announced the day will be renamed National Indigenous Peoples Day.

This year’s Mi’kmaw Native Friendship Centre Mawita’jik 2020 is being held on National Indigenous Peoples Day. This year, the event is being offered online as we all work to keep our communities safe. Instead of hosting a multi-day gathering, we present in an online portal, a sampling of some of the drumming, dancing, and storytelling performances that would have been showcased at this year’s Mawita’jik celebration for you to enjoy.

The Mi’kmaq Honour Song was received in the sweat lodge by George Paul, a singer/songwriter from the Metepenagg First Nation (Red Bank), New Brunswick. Honour Song can be sung by one voice or with many around the big drum. Raymond Sewell has provided us with his version of the Mi’kmaq Honour Song. Raymond is a musician from the Mi’kmaq community of Pabineau, New-Brunswick, and he is also the Indigenous Student Advisor with St. Mary’s University in Halifax. Read more about Raymond's relationship with music in this past Library blog post.

What does Indigenous Mean?

Indigenous is a term that refers to First Nations, Inuit, and Metis peoples in Canada. But how do we explain to kids the meaning of the word and the rich history and culture that it embodies? Here is a video from CBC Kids, opens a new window that helps explains what the word Indigenous means.

On October 4, 2018, HRM unveiled the first Downie Wenjack Legacy Space to be in a municipal City Hall. The Legacy Space in City Hall will provide information about Chanie Wenjack and reconciliation for staff and visitors. The Legacy Room is a safe, welcoming place where conversations about the past, present, and future will be facilitated and encouraged. The space will serve as a symbol and reminder for Halifax Regional Council of the important work around reconciliation. Please take this opportunity to view and learn more, opens a new window about legacy spaces in Halifax and more about our Indigenous Culture.

Looking for staycation ideas in our beautiful province of Nova Scotia? Mi’kmawey Debert Cultural Centre has developed a video series that has Indigenous sites to consider for your upcoming local vacation. Mi’kmawey Debert Cultural Centre (MDCC) is a charitable, not-for-profit First Nations organization, mandated by all thirteen Nova Scotia Mi’kmaw Chiefs and guided by the MDCC Elders’ Advisory Council. The project grew from an initial desire to protect the more than 11,000-year-old ancestral sites in Debert, Nova Scotia, into a vision for a dynamic and meaningful place for visitors from across the world.  Please enjoy this video, opens a new window of Partridge Island and learn about the significance of this site to the Mi’kmaw. 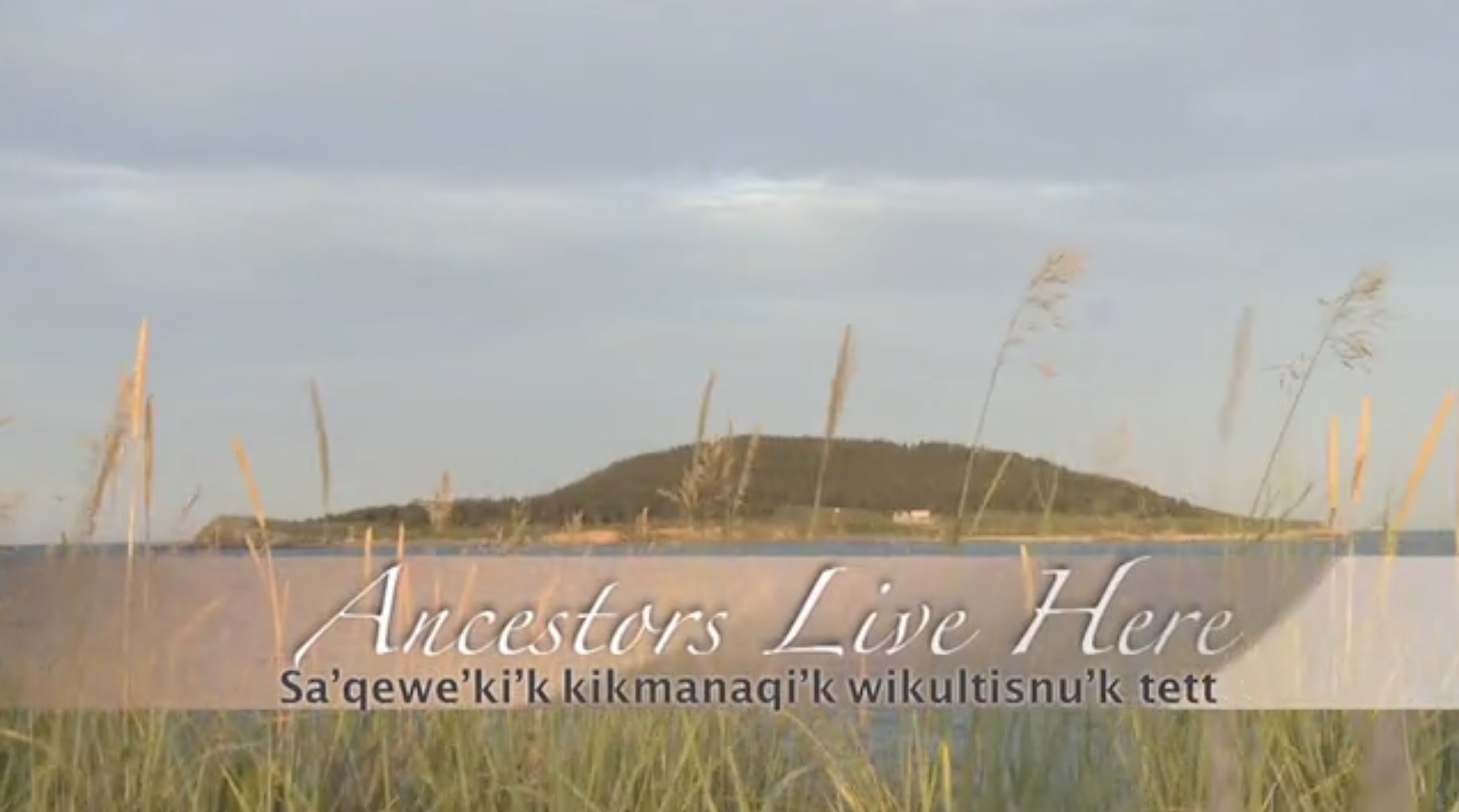 Many of our first nation communities have had to cancel their community powwows. If you ever attended an Indigenous gathering, you would have seen the line up for the famous Aunt Sheila’s Mi’kmaw Indian Tacos. Sheila Nevin from Sipekne’katik First Nation has taken secret family recipes to make this a must have, staple dish at local powwows and events. Watch her share some of her secrets in this video, opens a new window.

Atelihai Inuit is a program of the Mi’kmaw Native Friendship Centre that serves Inuit and their families of the Maritime Provinces. They provide programming such as Inuktitut Language lessons, Inuit craft classes, Community Socials, Children’s programs, and a weekly Community Drop-In program. They have been in operation for one year now and look forward to seeing our urban and rural Inuit community in the south grow and develop. Francis Palliser-Nicholas (Rigolet, Nunatsiavut) and Dora Takatak (Sanikiluaq, Nunavut) have created this video, opens a new window to share snapshots of Inuit Throat Singing.

The sash is one of the most recognized garments worn by the Métis. Traditionally, the sash or calenture flechee was worn by men, but today it can be seen on both genders either tied at the waist or draped across one shoulder. The sash can come in many different colour variations, and in the past, certain colours and patterns were used to identify specific families from various communities. Here is the meaning of some of the colours used in Métis sashes:

Learn more by viewing the video, opens a new window.

Theresa Meuse was born and raised in the Bear River First Nation, and is a First Nations educator and advisor. This book was written to help teach parents and children about our Indigenous spiritual gatherings, or mawiomi. Art Stevens from Millbrook First Nation illustrated this book. Enjoy this special reading, opens a new window from the author as we follow Alex as she attends her first gathering with the guidance of her older cousin Matthew.

Derek Johnson is a musician, singer, and council member from Eskasoni First Nation. Derek is a member of the famous Mi’kmaq band Relatives. During Covid-19 lockdowns in their community, Derek wrote songs to honour the frontline workers and his lovely wife Sharon Johnson. Songs and Lyrics are by Derek Johnson.  George Paul produced and edited the video. Enjoy the video, opens a new window.

Rebecca Thomas is a poet and spoken word artist, a community leader, former Halifax Poet Laureate, and a Mi’kmaw woman. In this video, Rebecca shares the concept of Etuaptmumk. Etuaptmumk, or Two-Eyed Seeing, is explained from the viewpoint that it refers to learning to see from one eye with the strengths of Indigenous knowledges and ways of knowing, and from the other eye with the strengths of Western knowledges and ways of knowing ... and learning to use both these eyes together, for the benefit of all.  Learn more about Two-Eyed Seeing with this video, opens a new window. 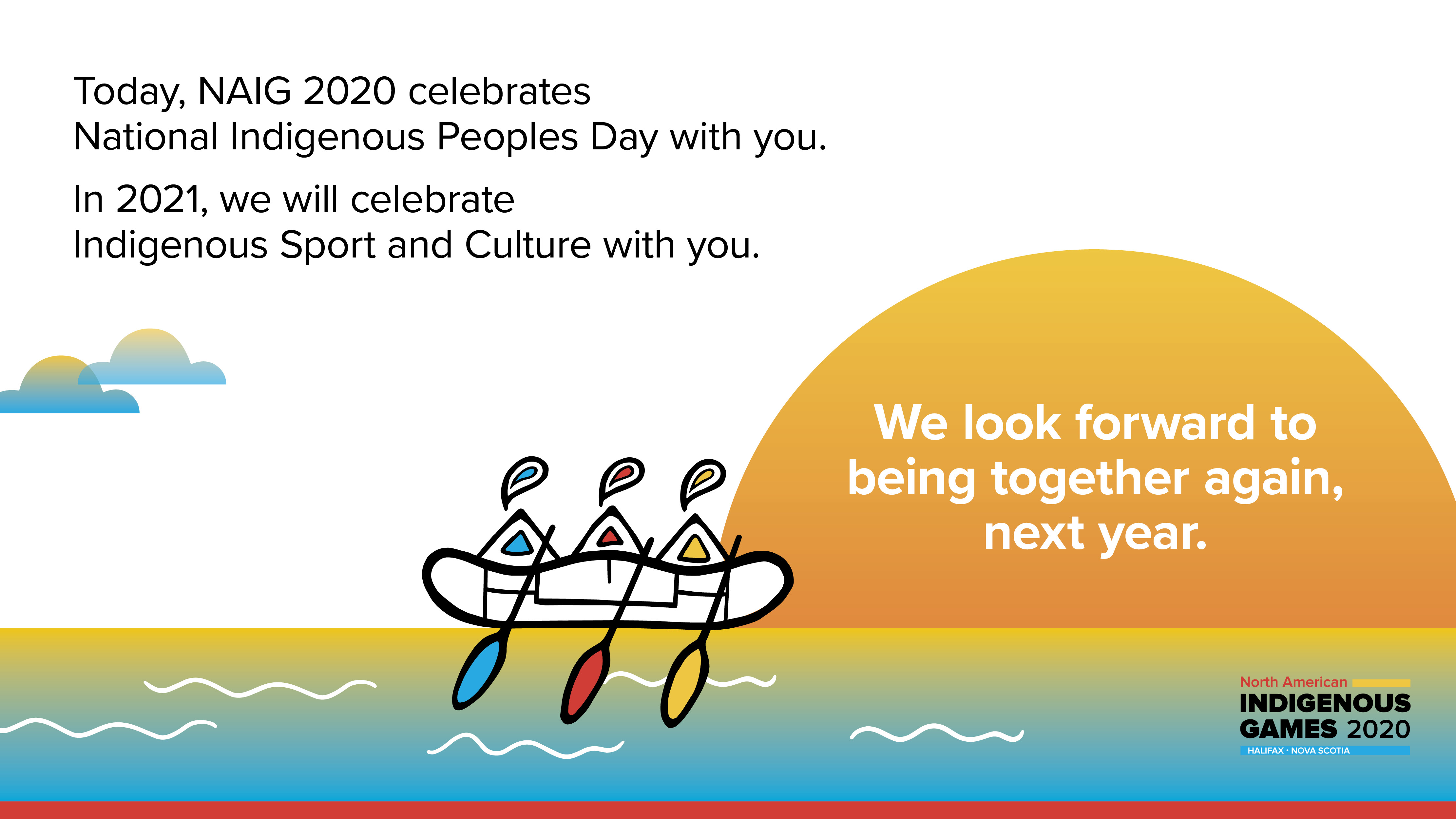 Although the North American Indigenous Games (NAIG) was delayed due to COVID-19, staff are working hard to reschedule the games. NAIG will be the largest multi-sport event to ever be hosted in Halifax. We will be expecting over 5,000 athletes from across North America, from over 756 nations for this celebration of Indigenous sport and culture. Students at LSK School in Sipekne’katik First Nation created and built the podiums that will be used at the games. Here is a video of the podiums being built., opens a new window Stay tuned for future updates about the games. 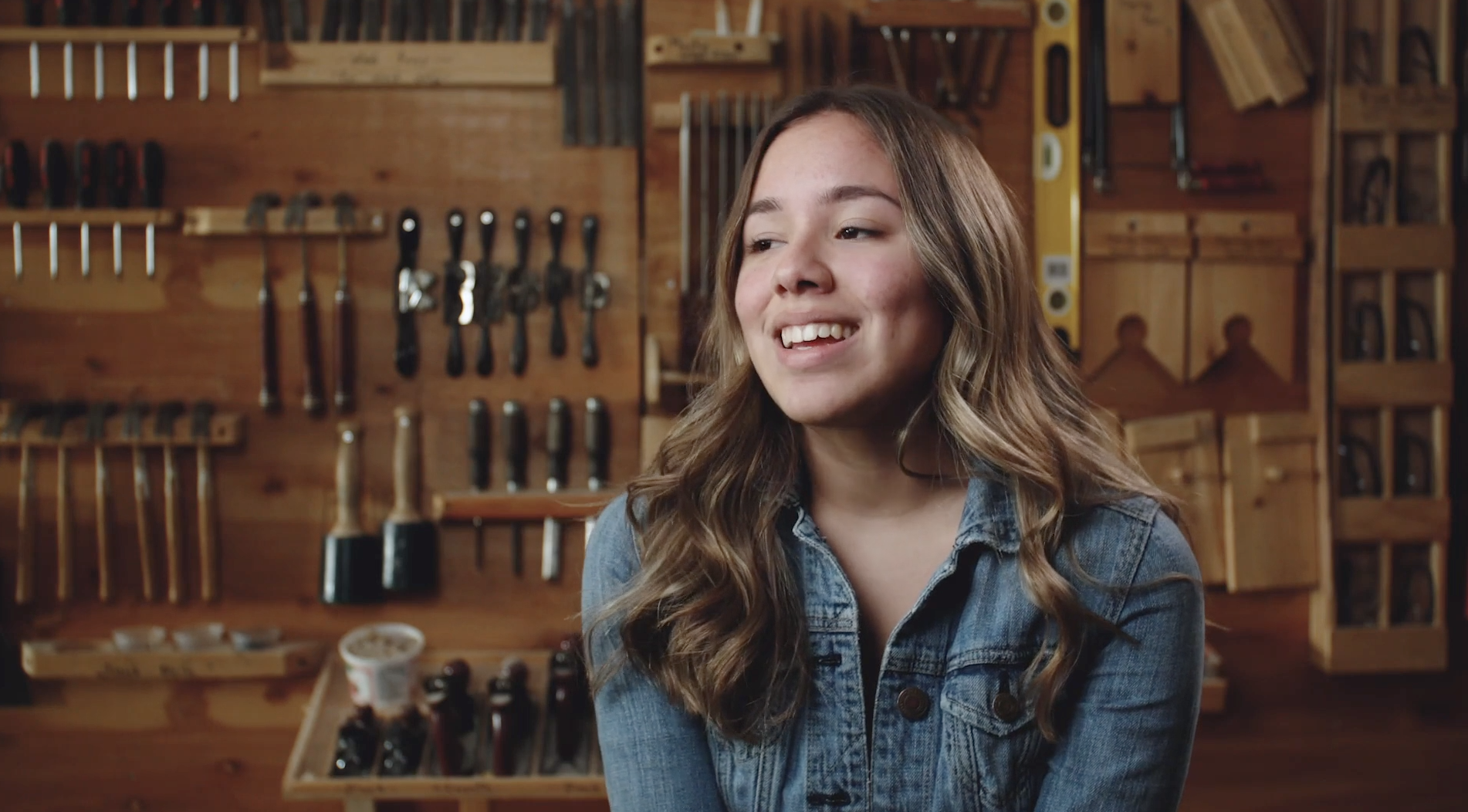 Shortworks Productions created this film, opens a new window with the youth of Millbrook First Nation Nova Scotia. This youth drumming group, Samqwan Boyz, share what drumming means to them. Samqwan means water in Mi’kmaq. Through conversations with Elders Dorene Bernard and Jean Martin, Chief Bob Gloade and Garrett Gloade, this community collaboration project explores the connection between drumming and water. A project of Quiver Artist Collective and Millbrook Culture & Heritage Centre, funded by Canada Council for the Arts and the Nova Scotia Department of Communities, Culture and Heritage, with support from the Centre for Art Tapes.

Annie Bernard-Daisley is the President of the Nova Scotia Native Women’s Association.  Annie wrote this poem to let our Indigenous women know that they will never be forgotten. It’s about the future of our Indigenous Women, girls, men and boys in this nation. Seven Generations is what we believe, and we won’t stop until we make an impact.

Gentle Warrior was written by students and staff at Allison Bernard Memorial High School in Eskasoni, Cape Breton, Canada in tribute to Mi'kmaq poet and Eskasoni native, Rita Joe. The track, opens a new window features lead vocals by Kalolin Johnson, the rap styling of Devon Paul and powwow chanting by Thunder Herney. Gentle Warrior was created with the support of the National Arts Centre of Canada. Take a cruise on the Rita Joe Ferry in the Halifax Harbour and check out some of her famous poetry such as “I lost my talk”.

In partnership with community, we have pulled together readings lists featuring content by and about Indigenous Canadians and Indigenous people around the world.

Learn about Canadian Indigenous culture, history, and lives lived in this selection of books, e-books, music, documentaries, and graphic novels.

Enjoy these books for kids by Indigenous authors and illustrators from across Canada.

Read stories by Indigenous authors and illustrators from across Canada.