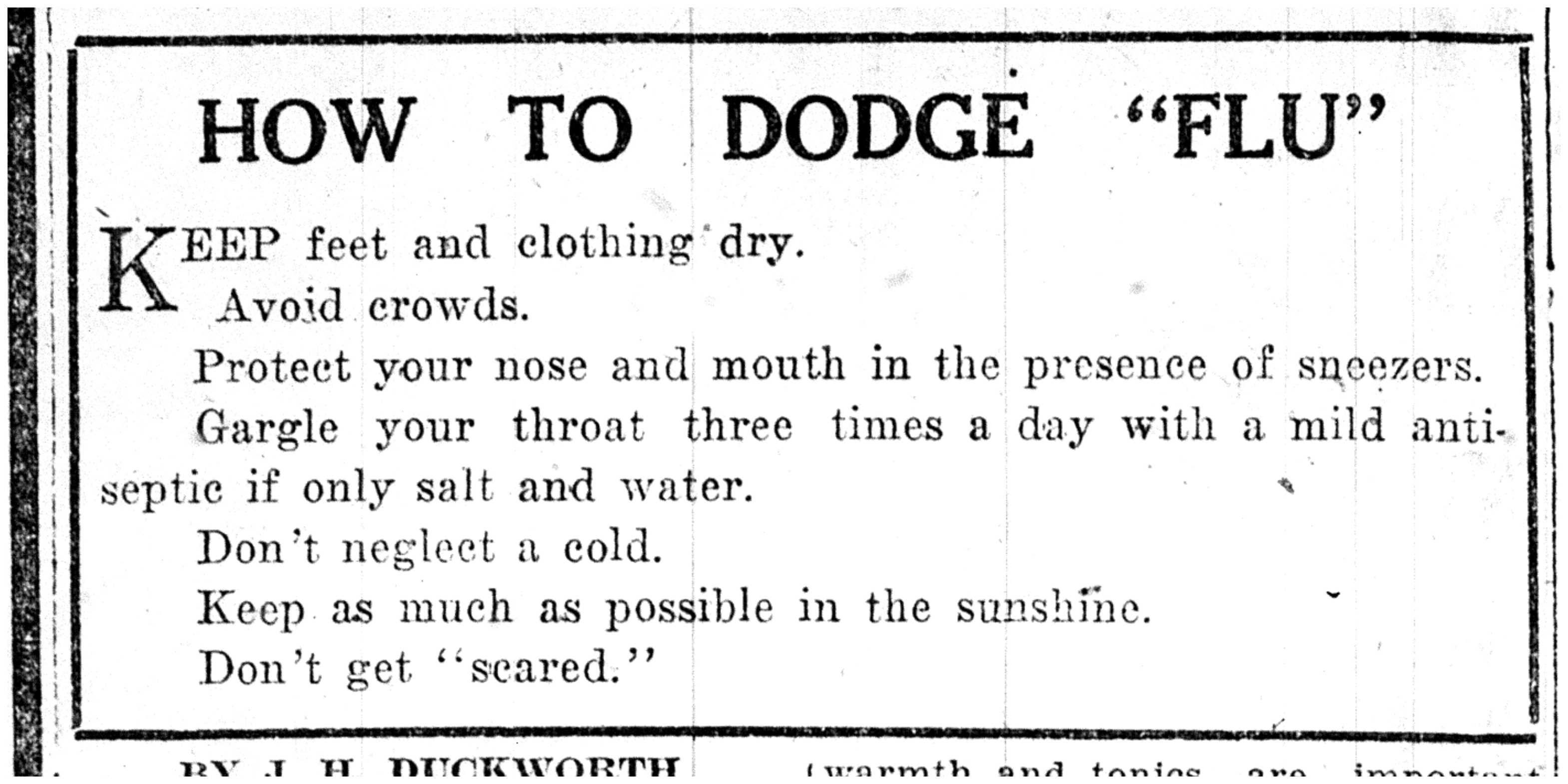 How to Dodge "Flu"

By the end of Summer 1918, Halifax and Dartmouth were still rebuilding after the deadly Halifax Explosion that claimed nearly 2,000 lives and devastated both communities. In all appearances, the First World War was slowly drawing to a close, but this bustling military port on the East Coast was still busy with comings and goings of maritime traffic. Little did anyone foresee the arrival of a deadly illness that would kill more than 50,000 people across Canada before the end of the decade and shut down much of public life in Halifax and Dartmouth for the entire month of October.

According to the Canadian Encyclopedia, opens a new window, the pandemic known as the “Spanish Flu” developed first in Asia, but outbreaks at military bases in the USA, Spain, and war-torn Europe caught the public’s attention in the spring of 1918. As a particularly strong viral infection, the Spanish Flu did not discriminate between the old and the young. A healthy adult would die within 48 hours once the infection swiftly became bacterial pneumonia, and with no antibiotics or vaccines available, there wasn’t much that could be done.

A glimpse into the past

An interesting way of exploring how the Spanish Flu arrived in Nova Scotia is to look at the local daily newspapers, like the Halifax Evening Mail, available at Halifax Central Library’s Local History Room. While news of the pandemic trickled in from Boston, on September 21, a report from “An Atlantic Port”, (Sydney, Nova Scotia) raised the alarm province-wide that over 500 American soldiers had arrived sick and were in need of hospitalization. Over the next 2 months, cities like Sydney, Halifax, and Dartmouth rushed to control both the spread of the disease, and to provide proper care for the victims.

Featured daily in the newspapers were some of the following efforts:
(click images to expand)

By the end of October, the number of cases had peaked and then just as quickly, the pandemic seemed over and both cities began to return to normal. However, walking through Halifax and Dartmouth, it must have felt like a weary, strange place; twin cities recovering from the Explosion, enduring the fourth and final year of a world war, and now struggling to contain a fast-striking disease. On November 5, all public health restrictions were lifted and life began to return to normal, just in time to celebrate the end of World War One on November 11, 1918. 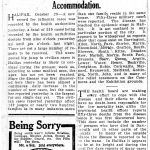 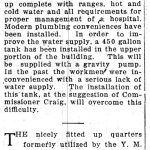 Of course, there’s so much more to the Spanish Flu story in Nova Scotia.

Some other sources to explore: