In 1951, when we opened our first branch, the Spring Garden Road Memorial Library, the community was still recovering from the effects of 2 world wars.

Feeling that a statue or fixed memorial was not enough, community members rallied around the idea of creating a living memorial—a public library, open to all. A public institution promoting freedom of speech was seen as a fitting honour for those who lost their lives defending these very ideals.

When the time came to move to a facility that better met the needs of the community, we worked closely with the Royal Canadian Legion to preserve the rich history and memorial legacy of the Library. 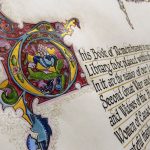 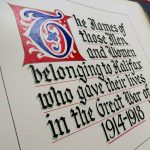 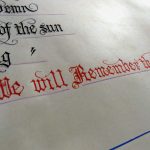 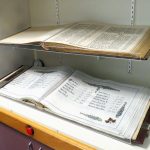 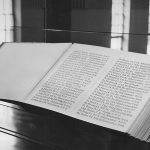 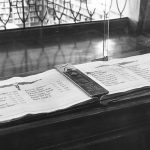 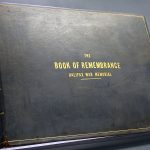 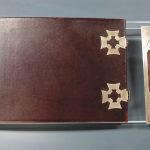 Flags and standards were displayed in a pair of glass cases inside the Library's main entrance. One case contained a Union Jack and the British Empire Service League flag. The other case housed the 2 standards of the Silver Cross Women of Canada.

See the flags and standards at the Maritime Command Museum, opens a new window. 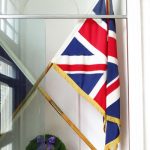 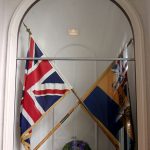 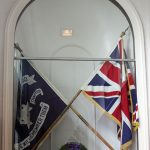 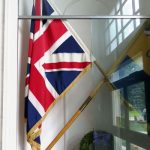 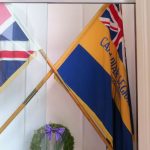 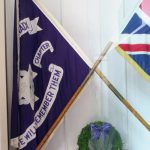 See the Silver Cross at the Maritime Command Museum, opens a new window. 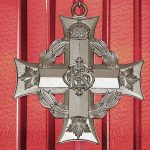 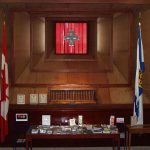 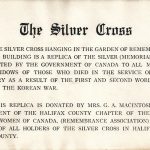 In 1951, 3 murals depicting the role of servicemen during the war years were commissioned and painted by local artist Commander Donald Cameron MacKay. Commander MacKay was the principal of the Nova Scotia College of Art and had served in the Royal Canadian Navy, for part of his 6 years as a war artist. The murals were exhibited in the Library for many years until they were donated to the Maritime Command Museum, opens a new window in 1974. 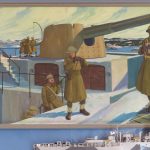 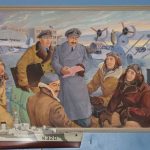 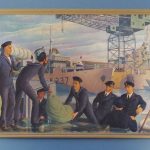 In addition to the memorial artifacts that were displayed in the Spring Garden Road Memorial Library, the building incorporates important memorial features, still there today. The building is owned by the Halifax Regional Municipality, which will be exploring how best to honour the history of the site in the redevelopment plans.

Mayor Gordon S. Kinley laid the cornerstone following a service at the Cenotaph on November 11, 1949. Hundreds of veterans and citizens crowded Grafton Park that day to be a part of the ceremony. The cornerstone reads:

“This stone was laid under the auspices of the Halifax Branches of the Canadian Legion on November 11, 1949 by His Worship Lt. Col. GS Kinley, VD, Mayor of Halifax. The sod was turned for this building by Mayor JE Ahern on April 21, 1949.” 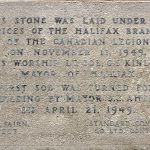 “This building was erected in memory of those who gave their lives in defense of their country 1914-1918 1939-1945. For their faith – for their courage – for their sacrifice, we will remember them.” 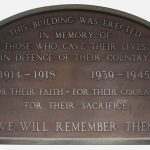