LIBRARY SERVICE UPDATE: All branches of Halifax Public Libraries have opened again to offer in-person services specific to their location. This page has more information on opening our doors again and will be kept up-to-date with any additional changes to Library service. Click here for branch hours and information. 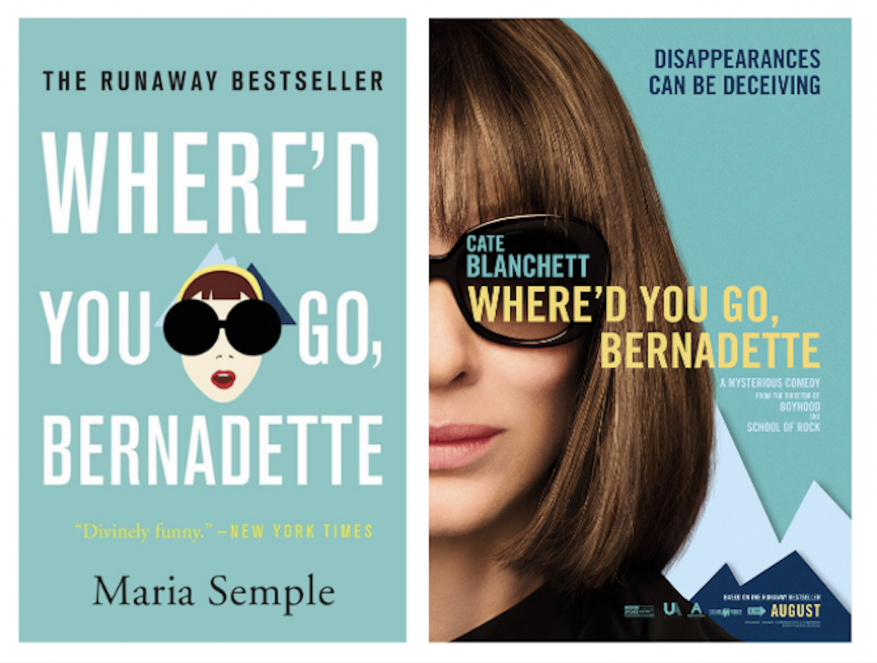 Some of our most popular books at Halifax Public Libraries are titles that have been adapted for film or TV. As soon as a new film adaptation is announced, we often see demand for the book increase right away. With that in mind, we are highlighting some great books that have been (or will be) turned into movies.

Some people insist that you must read the book first. Others prefer to watch a movie or tv show first and become inspired to read the book. Regardless of order, we believe the book is always better than the movie (we may be a little biased).

Have fun picking out your next great book. We’ve included release dates for each title (if available), so you have all the information you need to plan out your 2019 reading schedule.

This 2012 comedy spent a year on the New York Times Bestseller List. The film is scheduled to be released August 16, 2019 and stars Cate Blanchett, Billy Crudup, and Kristen Wiig.

There has been plenty of buzz surrounding the upcoming film adaptation of Little Women. The movie will be written and directed by Greta Gerwig and stars Saoirse Ronan, Emma Watson, Meryl Streep, Timothée Chalamet, and Laura Dern. With a release date of December 25, 2019, you still have time to read this American classic and then see it in theatres.

This classic book set in Canada during the Klondike Gold Rush has been turned into a film starring Harrison Ford. You can read the book now before it's December 25, 2019 release date.

Donna Tartt's 2013 book won the Pulitzer Prize for Fiction. The upcoming film is scheduled to be released on September 13, 2019 and will star Ansel Elgort and Nicole Kidman.

Scheduled to be released on October 4, 2019 and starring Amy Adams, Julianne Moore and Gary Oldman.

Kerry Washington and Reese Witherspoon will be co-starring in a TV miniseries based on Celeste Ng's bestseller.

This book was originally published by Anna Todd on Wattpad, an Internet community for writers and readers. After 544 million readers read the story, she landed a publishing deal with Simon & Schuster. On April 12, 2019, it was also released as a movie.

Released in theatres on April 5, 2019, this movie stars John Lithgow and was filmed in Montreal.

Starring Keira Knightley and Alexander Skarsgård, this film adaptation was released on March 15, 2019.