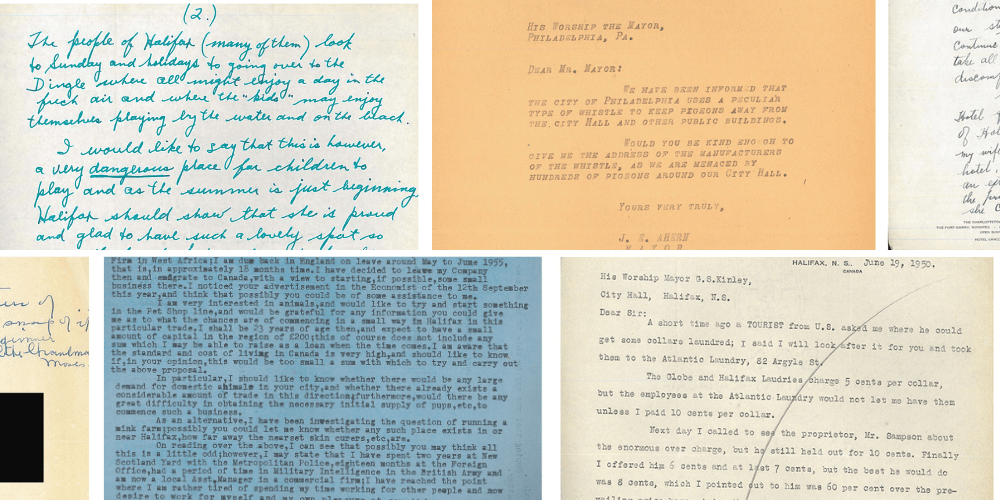 If there’s one thing archivists hate, it’s a file labelled "miscellaneous." This presents a problem for archivists trying to gain control of the records, and makes it difficult for them to get a sense of what’s in each folder well enough to describe it to potential researchers. It doesn’t do anyone any good to describe a file as miscellaneous, and so it either means getting rid of the file completely or taking a good chunk of time to describe each item in the file. Imagine for a moment your miscellaneous material at home—your junk drawers, piles of paper, souvenirs from events, vacations, and even your mail. How much of what you’ve kept has been important and, more significantly, organized in any way?

In government records, correspondence files can be exactly this type of unorganized grouping of material. A mayor, city clerk, or department head keeps file after file of received and sent mail, with no discernible organization aside from the fact that it came to or from their office. This lack of organization can be a barrier to finding some real gems. When it comes to the Halifax Mayor’s Miscellaneous Correspondence Files (1930s-50s), opens a new window, they offer a window into the role of each mayor during their term in office, as well as their personalities and governing styles.

These records stood out to me at first because people wrote to the mayor about so many different things. Correspondence files for the city manager, city clerk, and other municipal staff tend to be a bit dry. They can be really valuable sources of historical information, but they’re often primarily internal correspondence, and very focused on specific governance issues. But the mayor’s role is very different from that of city staff, and it’s particularly evident in the types of letters written to the mayor from members of the public.

Today you might be more likely to send an email or tweet at a government official, and your understanding of what issues you would bring directly to your councillor or mayor is likely very different from those in the past. You might, for instance, have a sense that only focused questions about municipal services and infrastructure are appropriate to write about to an elected official. But these earlier correspondence files we have at the Municipal Archives show that letters to the mayor could be much more personal, and there was a sense that the mayor was the person to write to about anything to do with Halifax, from personal searches for long-lost acquaintances to complaints about private businesses.

For instance, sometimes letter-writers were looking for specific Halifax recommendations, like this man who was looking for a good divorce lawyer:

Other times, people were writing from abroad thinking about moving to Halifax, wondering about what the city was like, and asking about what opportunities there would be for them in the city:

At times there were also more creative letter-writers who were sharing some of their art, like this poem and painting: 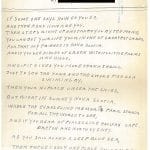 Mayor’s Correspondence: PoemThis poet, writing from Boston, sent a poem to Nova Scotia to the mayor in 1953. 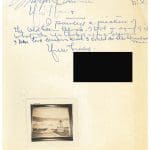 Mayor’s Correspondence: Art PieceThis letter-writer from Eastern Passage sent the mayor a photo of their painting of the Old Clock Tower, noting that they had never taken a lesson, and wishing they were like Grandma Moses, the famous American folk artist—written in the early 1950s, well before Maud Lewis became famous.

People also often wrote to the mayor to complain about issues with municipal infrastructure and upkeep. Whereas today we might call 311 to have a complaint like this entered into the system more formally, in the past many people wrote to the mayor to register their complaints or to suggest improvements, like the letters below: 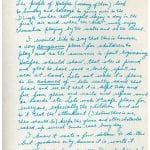 Mayor’s Correspondence: Dingle Beach ComplaintThis letter-writer from 1950 is calling for the city to have more pride in Dingle Beach by cleaning it up and making it safer for beach-goers, who had to contend with “glass and nails and refuse such as boards etc.” 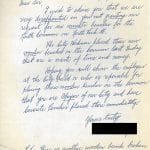 Mayor’s Correspondence: Benches ComplaintThis 1954 letter-writer is hoping that the mayor will use his influence to replace the wooden benches – a “waste of time and money” – with concrete benches on the North Common. 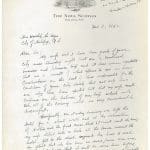 Mayor’s Correspondence: Bad Vacation ComplaintThis tourist was compelled to write a letter to the mayor after his wife was injured stepping into a hole on Hollis Street in 1953.

In this last complaint, the correspondence file also included a copy of the mayor’s letter to the Works Department to make sure the hole was fixed. The files don’t always show the responses to these letters if there were any, but it’s nice to know that Mayor Donahoe followed up on this pothole complaint.

This next letter highlights how cosmopolitan the mayor may have seemed, with the writer being able to compare Halifax and its establishments to several other cities he’d visited:

Perhaps this complaint would be more likely to end up on Twitter today (if at all?). Though today this might seem like a letter to take to the businesses directly, here there’s a sense that the mayor might be able to help, especially since doing so will be acting in the best interests of the city:

I’ll end with one of my favourite letters, this time not from the miscellaneous files, but rather from the correspondence with other mayors. Who knows how today’s mayors are communicating with mayors from other cities—perhaps there are still these sorts of issues arising that only elected officials can deal with!

While files labelled miscellaneous can be frustrating when you’re looking for something specific, they can include all sorts of interesting material if you’re able to take the time to look through them. You're welcome to visit the Archives, opens a new window to peruse the two boxes of the mayor’s miscellaneous correspondence. I hope these letters have offered a glimpse into the way the role of the mayor has changed over the years.