When you look across the harbour from Halifax Central Library, the view of Dartmouth is spectacular. From the view on the fifth floor, you can see the waterfront and the many facades that create a familiar and comforting shoreline. It’s hard to imagine what that landscape looked like a century ago, and harder still to imagine the scent of chocolate wafting on the wind from the now highly residential Dartmouth Cove area. But in the mid-1800s, that’s exactly what you would have found as John P. Mott & Co. produced some of the city’s finest chocolates, spices, and soaps. Let’s take a look at the life of John Prescott Mott, and the factories that made him such a success.

The story of the Mott family begins in 1753 when William Mott (1726-1815), an Englishman from Bishopsgate in London, arrived in Halifax as a Gunner’s Assistant with the Army. Within five years, William left the Army, married Catherine Higgins (?-1802) in 1758 in Saint Paul’s Church, and ultimately moved the family from downtown Halifax to settle on a farm near Preston. William and Catherine would have five children. William's son John would go on to have several children of his own, including Henry Yeomans Mott.

Henry Yeomans Mott (1796-1866) grew up working on the family farm, and in time had his own farm in “Lake Porter”. In 1819, he married Elizabeth Prescott, and the two would go on to have eleven children. The lives of the Mott Family would change in 1830 when Henry purchased Samuel Prescott’s brickyard, located in Woodside near the current site of the Mount Hope Hospital. Though he would continue producing bricks, Henry would go on to diversify his business by manufacturing chocolate, as well as milling and grinding spices. This change in production was likely inspired by Henry’s brother-in-law, William Baker, who worked as a chocolate manufacturer in Dorchester, Massachusetts.

Henry and Elizabeth welcomed their first son John Prescott Mott on October 6, 1820. In 1835, at the age of 15, John was sent to live with his Uncle William and Aunt Deborah in Massachusetts to learn the growing family trade of chocolate manufacturing. When he returned to Halifax in 1843, his father announced in the local paper that the two were partnering in their chocolate-making venture. In 1854, John opened his own chocolate factory on a neighbouring piece of property, a parcel of waterfront land in Dartmouth Cove, between Albert Street and Old Ferry Road.

In 1848 John married Isabel Creighton, and they moved into a home on the Pleasant Street side of his Dartmouth Cove property. They called the grounds and the house Hazelhurst. The Hazelhurst estate was known both for its beauty and its function:

Mr. Mott has an excellent waterside property, with a large substantial house and attractive grounds. Winding walks cut through the woodland, give a charming variety to the place, so full are they of pleasant surprises: now opening on a garden of roses, now leading to a gay parterre of flowers, or disclosing at the next turn a great rhododendron, covered with bloom, with other graceful and fragrant shrubs. All the grounds are kept in perfect order, and charm the eye with their variety and beauty. Fronting the water near the Cove, Mr. Mott has a number of factories and storehouses, where he carries on the manufacture of chocolate and other preparations of that beverage. He has also a mill for grinding pepper and other spices, and a press-house where these condiments are packed for the market.

— From History of the Townships of Dartmouth, Preston and Lawrencetown Halifax County, Nova Scotia by Mrs. William Lawson, page 96.

Other descriptions of the property made note of the peacocks that wandered the grounds, as well as a pond that was home to ducks and swans. Others made mention of the plank sidewalk that ran the length of the property’s Pleasant Street border, and the iron gates of the driveway that stood opposite Saint George’s Lane.

One building located on the property had an interesting history of its own. It was used as a jail during the Napoleonic War and housed many French prisoners of war—including a group of 14 prisoners who attempted a daring escape! Mott would go on to repurpose and expand the building into his soap shop.

Hazelhurst was unique not only for its beauty and charm but for being the first house in Dartmouth to have a private telephone line installed. This line went from the house at Hazelhurst directly to one of the factory buildings some 150 yards away. It was installed by the Western Union Telegraph Company in 1879.

Getting down to business 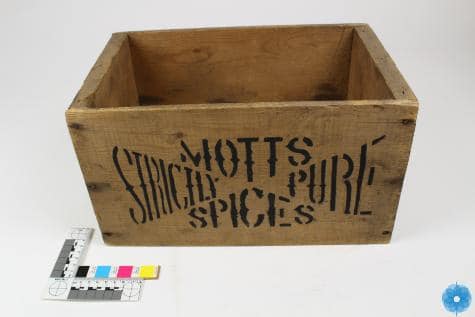 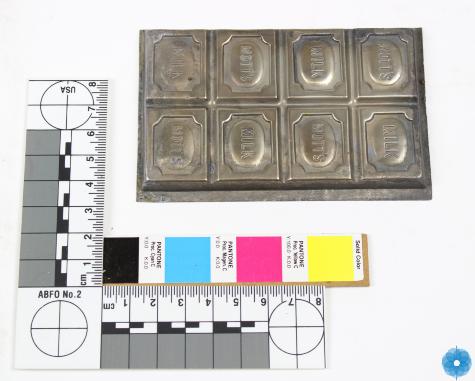 Though the Mott Company sold ground spices, fine soaps, and candles, its main focus was chocolate. The chimney on the factory declared the importance of this product with “Mott’s Cocoa” written on the side. Mott’s chocolates came in a variety of shapes and sizes, and were sold not only throughout the Maritime Provinces and Newfoundland, but also into Western Canadian cities like Montreal, Toronto, Winnipeg and Vancouver. Mott was known as the originator of the 10₵ candy bar, an incredibly popular treat in its day. The slogan for the factory was “Not how cheap, but how good.”

Though the factories operated out of the Hazelhurst property, the administrative end of the business was in Halifax. Mott’s office could be found on Bedford Row, just south of where the Old Triangle Pub now stands. At its height, Mott’s company employed 40-50 people, some of whom were allowed to live on land Mott provided across from his estate.

In addition to his chocolate business, Mott also found success in many other avenues. He served as the president of the Nova Scotia Building and Loan Society, and was also the director of a Steamboat Company. He was the director of the Halifax Fire Insurance Company for twenty-five years. He was involved with a company planning to bring a water system and gaslights to Dartmouth, and was a shareholder in the Nova Scotia Cotton Manufacturing Company. He even dabbled in politics, having twice represented Ward 1 as a Councillor. Without a doubt, Mott was a successful man, but too much success can sometimes bring unwanted attention. 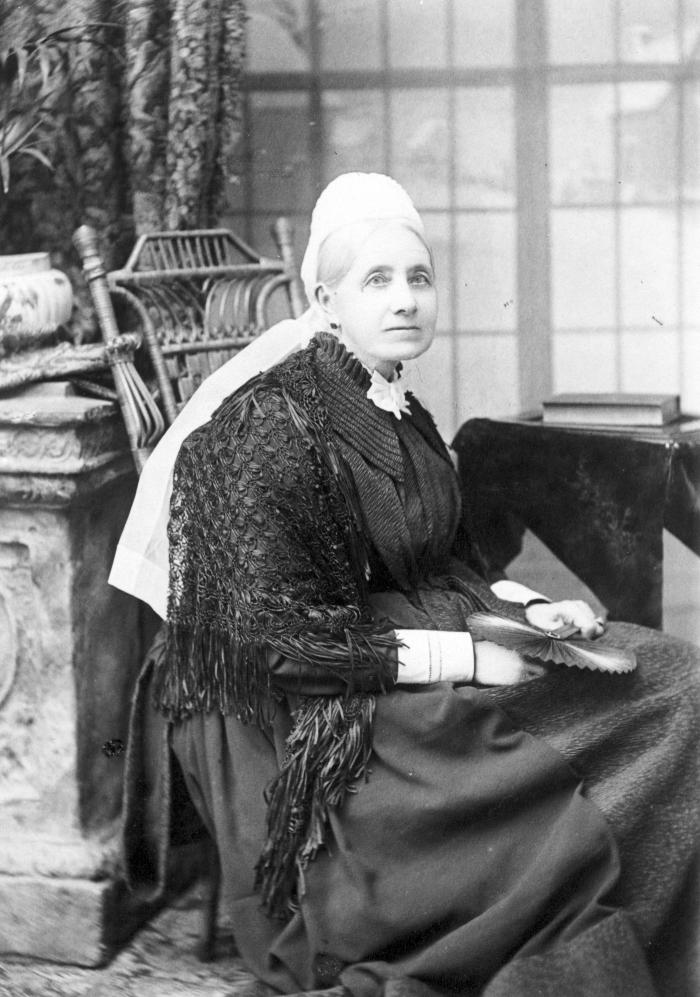 In early January 1888, Mott received an unsigned letter demanding $600 in gold. The letter went on to say that if Mott dismissed the demand or went to the police for help, he would be shot. The blackmailer gave Mott instructions to leave a bag containing the funds, behind the door of the smoking room of the eight o’clock ferry that Monday evening. Mott followed the directions that the blackmailer had given, save one: he told the police everything, and together they made a plan to catch the man threatening Mott’s life.

As instructed, Mott arrived at the 8 o’clock ferry with this bag of money, not filled with gold coins, but copper ones. When he boarded the boat, a young man followed him into the smoking room. The only other person in the room was a drunkard who was sleeping in one of the chairs. Mott left the bag of coins as he was directed, and when the ferry landed on the Halifax side of the harbour, he left the boat and went into town. The young man also left, but he came back not long after to make the return trip to Dartmouth. As the ferry went back to the Dartmouth shore, the young man went to the hiding place and collected the bag. As he left the smoking compartment, the drunk–really a disguised police officer–jumped up and arrested him. All that is known about the young man was that he told the police officer that he was a sailor, and that he was later acquitted of the charges.

All good things must end

John Prescott Mott died in his home at Hazelhurst on February 12, 1890, at age 69. It was a shock to the city, as Mott had been in good health until a recent bout with “la grippe,” or influenza. The Morning Herald reported the following:

He was recently attacked with la grippe, but partially recovered. Being a very active man, he could not remain in the house when it was at all possible to be out and a week ago was over to the city attending meetings of the Halifax fire and Ocean marine boards. Within a week, he remarked to an intimate friend: ‘I feel somewhat depressed. It seems as though something was going to happen, although I ought not to have a sorrowful thought; I was never in better shape financially than I am to-day.’

At the time of his death, Mott had an estate valued at $757,785, making him one of the wealthiest men in Nova Scotia. In his death, Mott not only made arrangements for the continued care and support of his widowed wife, Isabel, but left bequests to several organizations. To Dalhousie University he left $10,000; to the Home for the Aged he left $5,000; to the Protestant Orphanage, the Deaf and Dumb Institute, and the Blind Asylum he left $3,000 each; to the Protestant Industrial School he left $4,000; to the Roman Catholic Orphanage he left $1,500; he left $3,000 to both the Infants’ Home and the YMCA; lastly, he left $5,000 to the teachers of Dartmouth. The Morning Herald stated: “He was kind hearted, and is said to have dispensed his gifts in such a manner that his left hand never knew what his right hand was doing.” He is buried at Christ Church Cemetery in Dartmouth.

After his death, the Mott name continued to live on thanks to one of his longtime employees J. Walter Alison. Alison continued to produce products under the Mott name and on the Mott property, even after Isabel’s death in 1896. Under Alison’s guidance, the Board of Trade described John P. Mott and Company as follows:

The works are equipped with the very best of up-to-date appliances conducing to economy and perfection of the output… the cocoas and chocolates supplied by this house are unexcelled for purity and quality upon this continent and indeed Europe, and the goods are recognized by dealers and consumers throughout Canada as the standard of purity and excellence.

— From “Halifax, The Capital of Nova Scotia Canada: Its Advantages and Interests 1909” page 43.

Alison continued to work and live at Hazlehurst until his death in 1927, at which time the factory closed. By the 1950s, the Hazlehurst house was torn down to make way for new homes on Pleasant Street.

Without a doubt, John Prescott Mott had a mind for business, but he was also incredibly fortunate. The efforts of his family set him up for prosperity, not only by having an established business that was primed to grow, but also by being able to provide Mott with an education few others would have had the chance to experience at that time. Mott's accomplishments, however, were not limited to his factories, or the dollar figure associated with his name. He also found success in serving his city. He used his privilege to support community endeavours, donating his time and his wealth to make both Dartmouth and Halifax a better place to live.

I would like to give a special thank you to the Dartmouth Heritage Museum for their help with this blog. Check out their website, opens a new window and stop in for a visit!