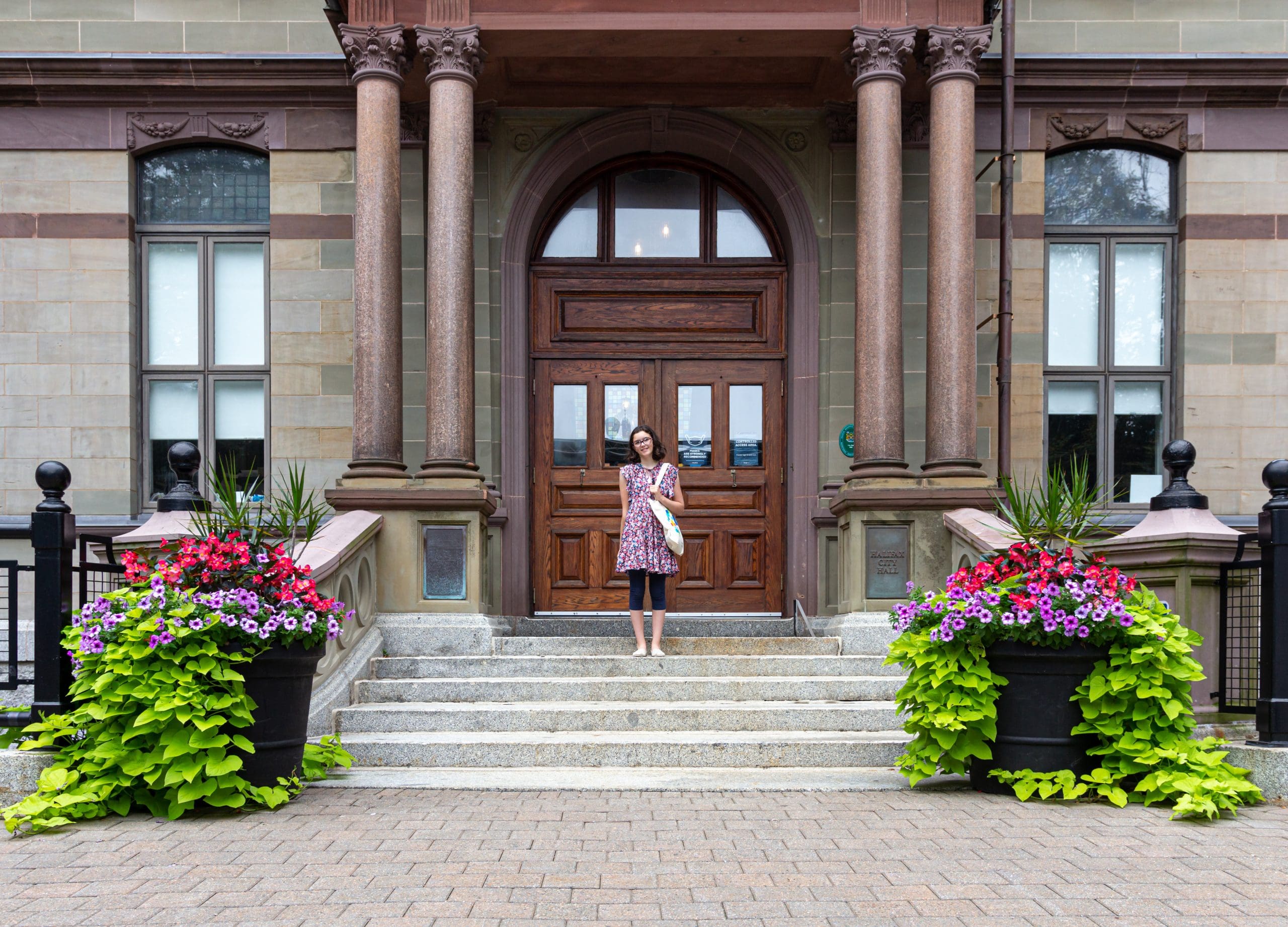 About Our Mayor for a Day

At the end of Summer 2021, Emily hit her TD Summer Reading Club reading goal, and was the lucky random draw winner of our Mayor for a Day Grand Prize.  She claimed her prize with a smile by helping out Mayor Mike Savage and his team for the day in Summer 2022. We first gathered at City Hall so Emily could check out her new Office for the day. Emily and her mom, Naseema, enjoyed chatting and exploring the history of the building and municipal government with City Hall staff members and Councillors. 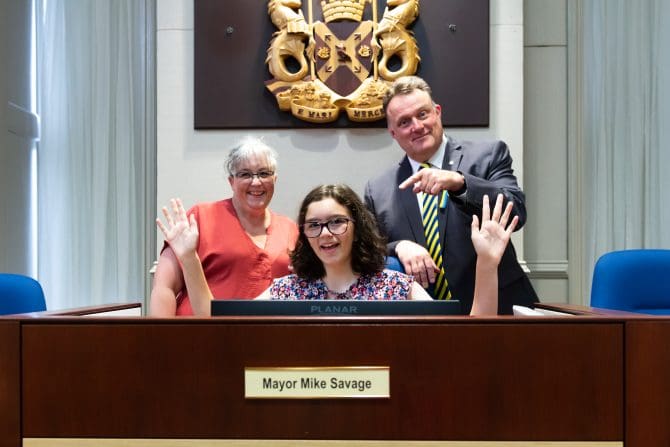 Soon after, we headed outside so Mayor Emily and Mayor Savage could take part in the official Freedom of the City event with the 78th Highlanders. The Regiment marched into the Grand Parade, our Mayors read a proclamation, and inspected the presentation. They were joined by The Honourable Myra A. Freeman, CM, ONS, MSM, CD, former Lieutenant Governor of Nova Scotia. In the afternoon, Emily and Mayor Savage headed over to Halifax Central Library to explore some favourite books and spaces, and take part in the Summer Pop-Up on the newly renovated Back Plaza. Emily even tested out our Oculus VR system, and deemed it acceptable! As a special bonus, on September 11, Mayor Emily joined Mayor Savage to lead the 9th Annual Mayor's Bike Ride around Halifax. This young leader is one to watch out for, and demonstrates that reading will take you places!