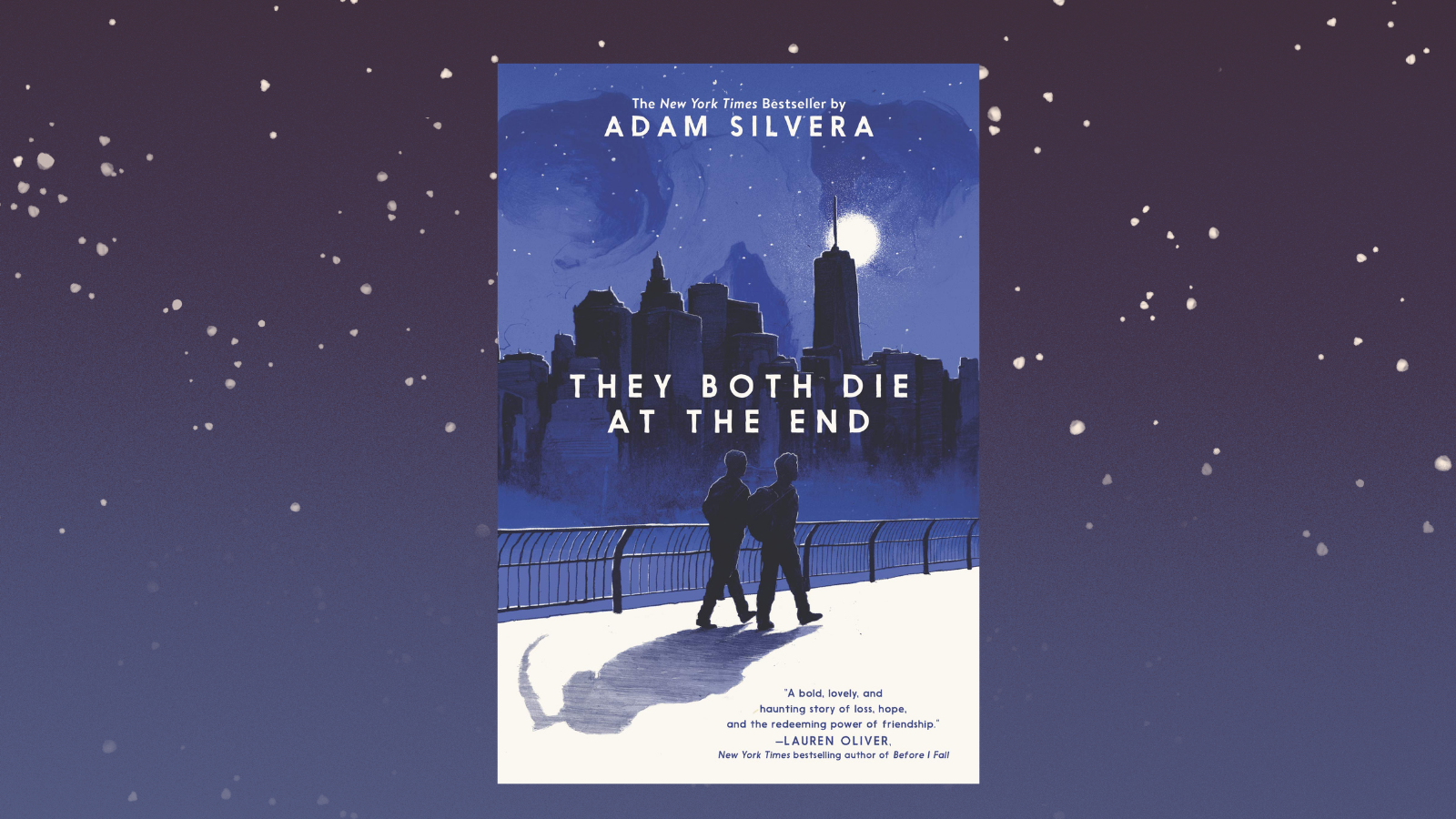 "I wasted all those yesterdays and am completely out of tomorrows."

They Both Die at the End

I recently ran out of books to read and found myself searching for one known to tug at the heartstrings. So, I was recommended the book They Both Die at the End by Adam Silvera, which I had heard was incredibly melancholy. I was just desperate to read a book that would capture my attention, and this book certainly achieved that.

At first glance the title immediately reeled me in and peaked my interest as it said that “they”, the two main characters, would not survive by the end of the book. Although the title of the book gave away the ending I was still quite excited to get started, which is actually kind of surprising as I am the type of reader who has a habit of peeking at the back of the book to see how it will end.

If I were to give a general summary of this book, without giving away any spoilers, I would say that it is set in a world where people get a phone call if it is their last day on earth from a company called Death-Cast. However, those receiving calls do not know how or when exactly they will go.

The book takes place over the course of one day with the two main characters, teenagers Rufus and Mateo, each receiving alerts on their phones notifying them that it is their last day. Rufus and Mateo, who are complete strangers, find their paths crossing while using the Last Friend app. They are faced with the challenge of living a lifetime on their end day as their love for each other blossoms, while spending their last day together.

This book has a pretty interesting and creative concept. It must have been difficult working with the idea of a world where people are notified that it is their last day. It is really easy for this kind of idea to get complicated too quickly, however that was not a problem I ran into. I thoroughly enjoyed this book and found myself not being able to put it down. I was constantly on the edge of my seat, worried that something might happen to either of the main characters. I was also enticed by the adventures they take and the exploration of the characters lives before their last day.

The book also shows the points of view of many supporting characters and how every decision made, directly and drastically affects another person’s life. With all of the different perspectives of each character involved I thought it was clever how everyone was connected to each other, even if some of the characters were complete strangers.

The character development of the two main protagonists was written in a way that I grew emotionally attached to them both, and even though I knew what would happen, I still found myself rooting for a happy ending. I don’t usually get so emotionally attached to the main characters in books that I read, so I was surprised when I realized how much I was rooting for them.

The author also did a lovely job of making the characters feel relatable and familiar to a young adult audience as it made me think about how I was living out every day of my own life. The book showed that you can live a life in a day, making every moment count, never taking anything for granted.

After finishing the book I was left in tears with a handful of tissues. I felt kind of stunned that the book was done as Rufus and Mateo did in fact die in the end. The book is filled with raw emotion that will make you both laugh and cry, taking you on a roller coaster of emotions, but in the best way possible.

I would recommend this book to a young adult audience because of how relatable if felt and how heart-wrenching it was, but I would not recommend this book to anyone younger than a YA audience as it does contain some violence and some profanity. If you are looking to read this wonderful book Halifax Public Libraries has several copies in their collection, but make sure to have a box of tissues with you when reading it!

I'm Janey Yoo and I am a teen volunteer for the Library. I’m initially a shy person but once you get to know me, I'm typically loud and talkative. A random fact about me is when I'm watching Netflix, I prefer watching movies over TV. I quickly get bored so it’s really rare for me to find a show I will watch all the way through.