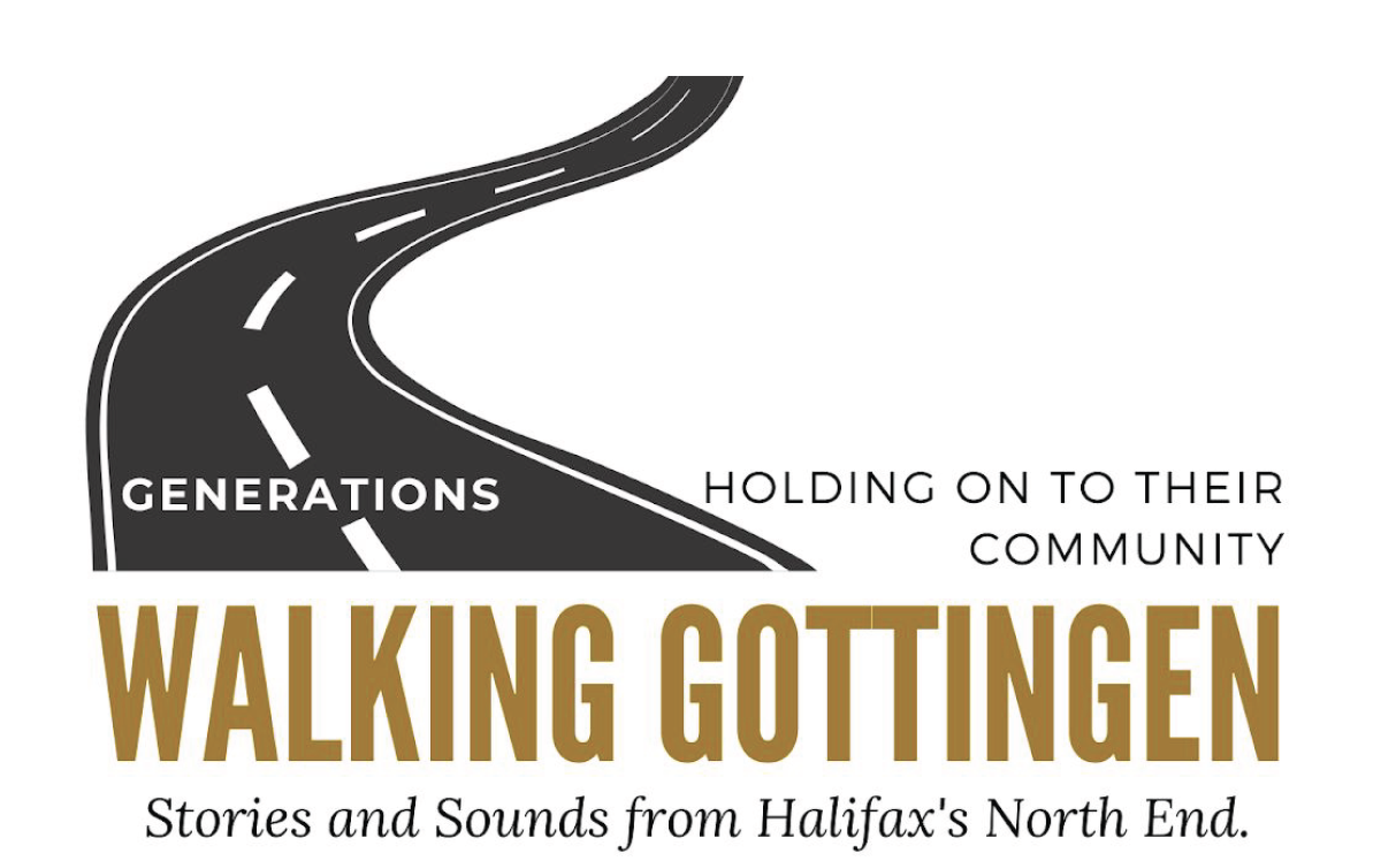 "Francella Fiallos and Sarah Poko had the idea to create a sound walk through the Inspirit Foundation funding. I was brought on during development and created the vision for what it could sound like on Gottingen St. A community I am tied to through four generations as an African Nova Scotian and Indigenous woman. I pulled on my connections to the community to conduct the interviews featured on the sound walk, with the stories I was told, I wrote the narration to introduce and build on each experience highlighting the overarching theme of resilience and connectivity.

Personally, I hope people enjoy what I have created but ultimately I wanted to make something my community would be proud of. I wanted them to hear familiar stories that would give them joy, even as those experiences diminish through gentrification. I wrote this for the community, and now I hand it over to my people to have as a sort of time capsule to what this place truly was and will be remembered as." - Jayde Tynes

Walking Gottingen is an immersive storytelling experience of family and community, using storytelling, natural sound, and diverse voices to transport listeners through a portal of lived experiences in the neighbourhood. Halifax Public Libraries is proud to host this sound experience on our website. It is also available here, via the Mayworks Festival website, opens a new window.

Listeners will hear moving, intimate descriptions of an area that has been the home of African Nova Scotians, members of the LGBTQ2+ community, and the Mi’kmaq First Nations community. Listeners will be guided to certain landmarks and institutions as they walk down Gottingen Street in North End Halifax, all the while hearing the voices of the people who truly made the neighbourhood what it is today.

But the neighbourhood is changing. Walking Gottingen aims to preserve the community’s legacy in its current incarnation as it confronts gentrification and displacement. It works to educate residents, old and new, of the street’s profound history while challenging anti-black racism, xenophobia, and postcolonial sentiments in the same stride.

Walking Gottingen launched online on the official website of the 2020 Mayworks Festival, opens a new window and is downloadable. When North Memorial Public Library reopens in some capacity (all COVID-19-related service updates can be found here), participants will be able to borrow MP3 devices and transcripts through the Library using their library cards.

NOTE: If public health measures do not allow you to visit Gottingen Street at the moment, please make plans for a later date. This project will remain publicly accessible through this post on Halifax Public Libraries' blog—feel free to bookmark!

Take a walk while listening or reading the storytelling experience below. Reflect and absorb.

"I hope those who make the choice to walk down Gottingen Street and listen to the stories and experiences of longterm residents appreciate that those people and many more generations are the reason why this community is the amazing place it is today. But most importantly I hope they ask themselves, 'How am I complicit in the erasure of those very people?'" - Jayde Tynes

Writer, Producer & Narrator
African Nova Scotian and Indigenous storyteller, Jayde Tynes, is currently in her second season as producer’s assistant with CBC’s Diggstown. She is mentoring under showrunner/creator Floyd Kane and Diggstown/Seed/Trailer Park Boys Executive Producer Karen Wentzell. Her career in media began as the Diversity and Outreach Programming Coordinator with CKDU 88.1FM in Halifax. Upon completing her second bachelor’s degree in Journalism she joined CBC Nova Scotia as a reporter and associate producer. Her passion for traditional oral storytelling has spawned from her African and Indigenous roots. In 2017, she launched an independent podcast titled My Blackness, My Truth (on iTunes & Google Play) where she is both producer and host. Her work has been featured on Common Dreams, Star Metro Halifax, Diagnol, The Coast, Popular Resistance, Information Morning N.S. and CBC Online.

Story Editor, Producer
Francella is the station manager at CJLO 1690 AM in Montreal. She was previously the programming and development director at CKDU, Dalhousie University’s campus radio station. She has a master’s degree in journalism from the University of King’s College and a bachelor of journalism degree from Carleton University in Ottawa. She has received training in audio storytelling from the Association of Independents in Radio and the Centre for Documentary Studies at Duke University. Her work has been featured on CBC Radio, Examineradio, The Coast, and rabble.ca. She is a Polaris Music Prize juror.

Associate Producer
Sarah is a Team Editor at the Chronicle Herald in Halifax. Originally from Nigeria, Sarah’s travels have inspired her to tell the stories of people who have surmounted incredible odds and endured extraordinary hardships. She does this through writing, videography and other forms of content creation. She has worked with several publications and organizations, including the United Nations Conference on Trade and Development (UNCTAD), CBC Halifax, The Coast, Polestar News, and the Africentric Learning Institute. Sarah has a master’s degree in journalism from the University of King’s College and a bachelor of arts in communications and journalism from Monash South Africa in Johannesburg.