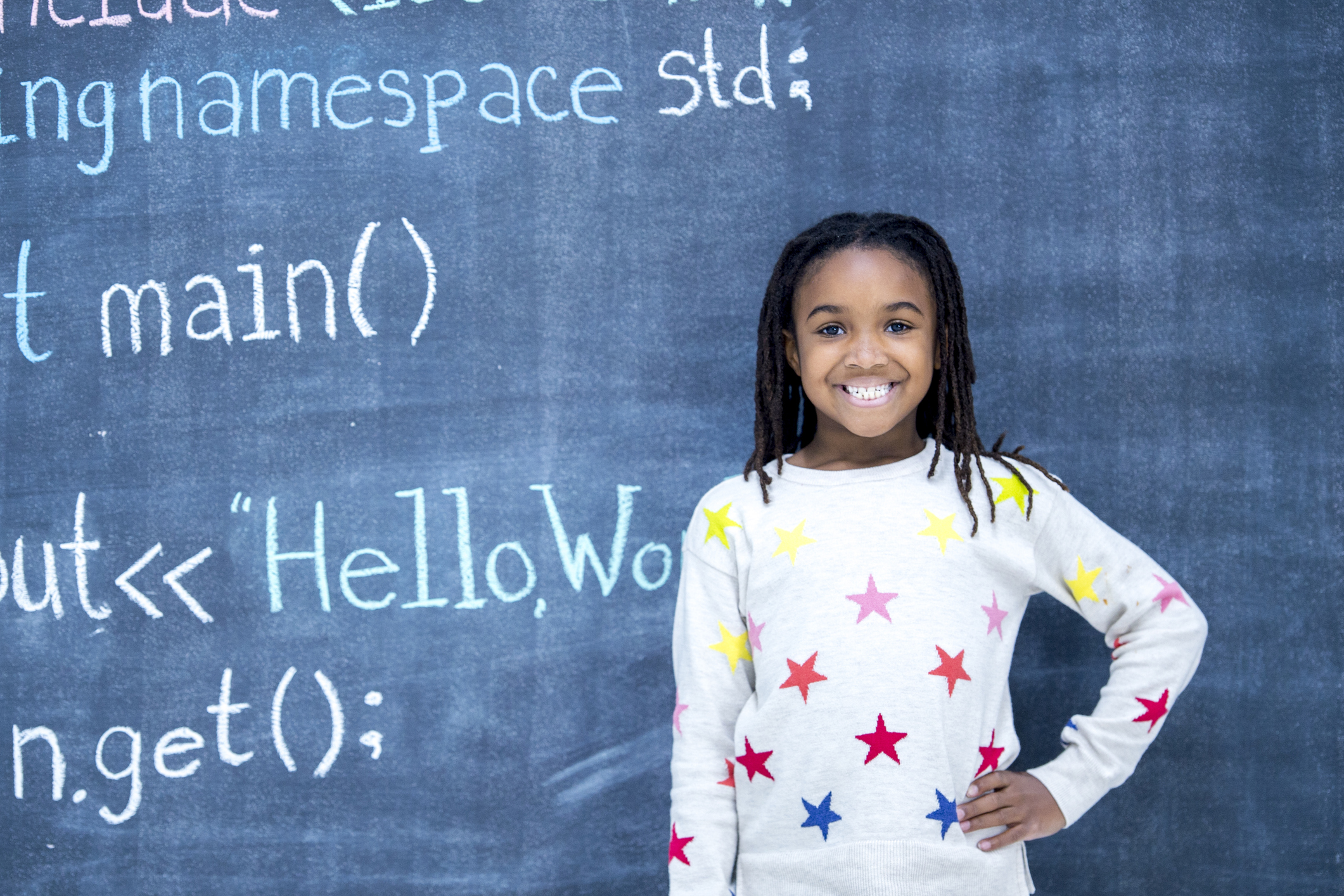 From the vehicles we drive, to the thermostats in our homes, just about everything around us uses coding (also known as programming).

Code is the language used to tell technology what to do. You can think about coding like you would think about following a recipe in a cookbook. For any given recipe, you are given a set of ingredients and a sequence of instructions. Following a sequence of instructions is similar to creating an algorithm (or set of steps) which must be followed by a device to accomplish a task.

But, here’s the tricky part, your device doesn’t understand the human language. Your device needs its own set of instructions written in a language it can understand. This is where learning to code comes in handy.

Scratch:, opens a new window Scratch is a program developed by MIT that allows kids to create games and animations without learning programming text. This drag-and-drop way to learn coding concepts is called block coding - and it’s great for beginners, allowing children to have fun using games that subtly teach coding. Ages 6+.

Hour Of Code, opens a new window provides 1-hour introductions to coding for ages 6+, using games like Minecraft, Star Wars, Frozen and Angry Birds. The games focus on all levels of coding and introduce children and teens to coding concepts like Python, JavaScript, CSS, and HTML. Hour of Code is website only. Flappy Bird is one of our favourite games - we hosted a Flappy Bird tournament in our STEAM club where kids got through as many levels as they could in 15 minutes – the winner received a prize.

Learn to code with Tynker's, opens a new window easy-to-learn, visual programming courses. Similar to Hour of Code, Tynker makes it fun to learn coding by using games and activities. Tynker has a website and two apps. Tynker Junior for ages 4-7 and Tynker for ages 7-13. Dragon Dash is one of Tynker’s games that has upwards of 20 levels (at various degrees of difficulty) which allows kids to progress through more advanced problem solving.

CodeCombat, opens a new window is a game-based computer science program where students type real code and watch as their characters react in real time. Students can choose to code in either Python or JavaScript while playing games that encourage trial-and-error, critical thinking, and creativity. This web browser based learning resource is recommended for kids aged 6+ and it offers engaging content all the way up to the highschool level. Kithgard Dungeon is fantasy-based game where you navigate your choice of hero with their own set of skills through 42 levels.

Not motivated by games? Codemoji.com, opens a new window is an introductory site where kids can learn the foundations of coding in HTML, CSS, and JavaScript while making their own creative sites using drag-and-drop emojis. Kids aged 6-12 can work through beginner, intermediate, and advanced level beginner courses to further their understanding of coding concepts and how to use them.

Swift Playgrounds, opens a new window is an app for iPad that teaches kids to write code in a fun, interactive way. Learn the code, developers use, to build apps for iOS by completing interactive puzzles.

Want to learn more about coding? Here are some good book recommendations.

Raspberry Pi for Kids for Dummies