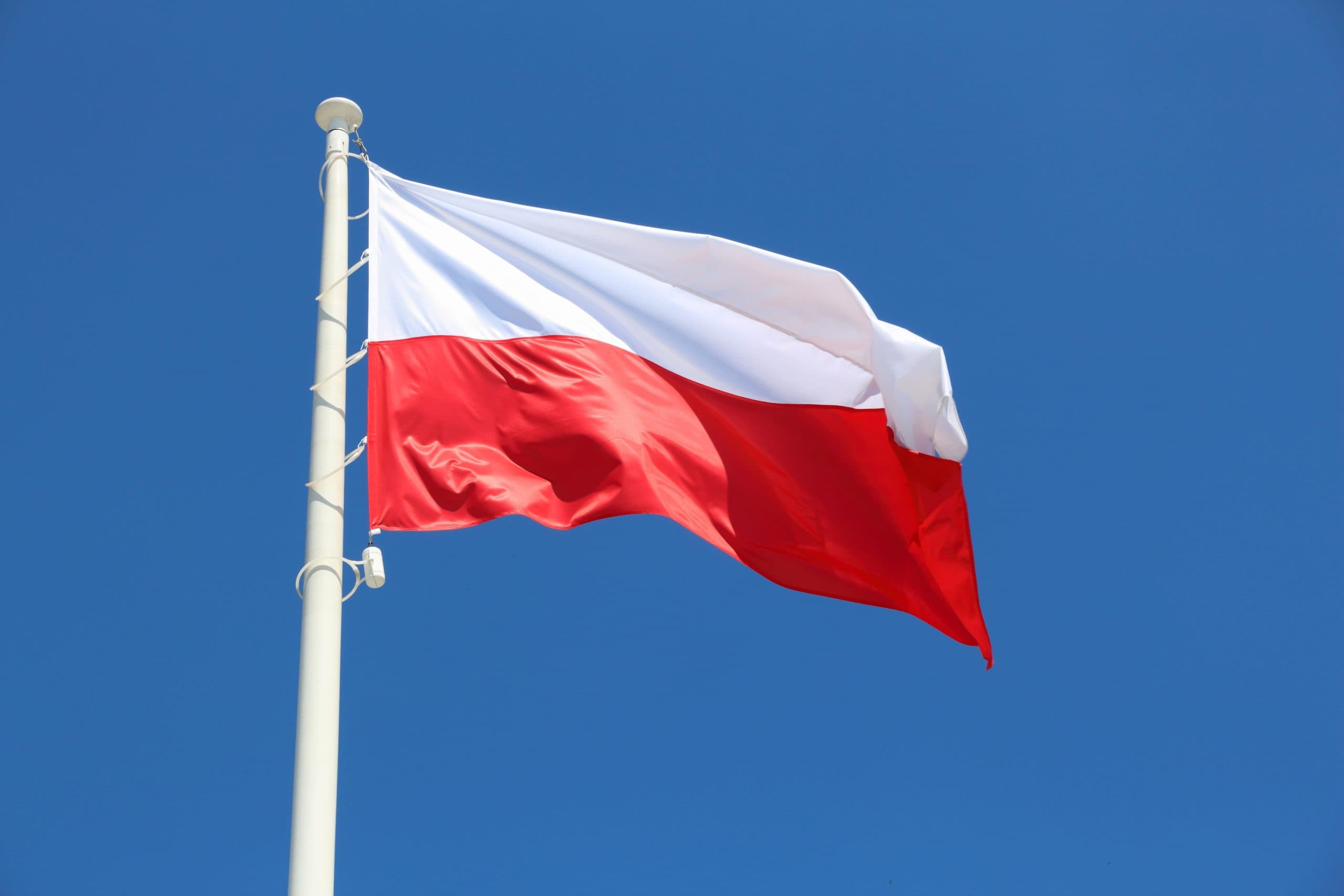 What has the power to bring all people together, no matter who they are, what they do, or what they believe in? Correct! It’s food. Food and cooking is one of the many forms of creativity. However, it’s not only about the art of creation, but more about people, culture and tradition. Let’s talk about Polish food today!

While some know a few famous Polish dishes such as the beloved pierogi, Polish cuisine has much more to offer. From pierogi to makowiec, here are some of the Polish dishes worth trying. 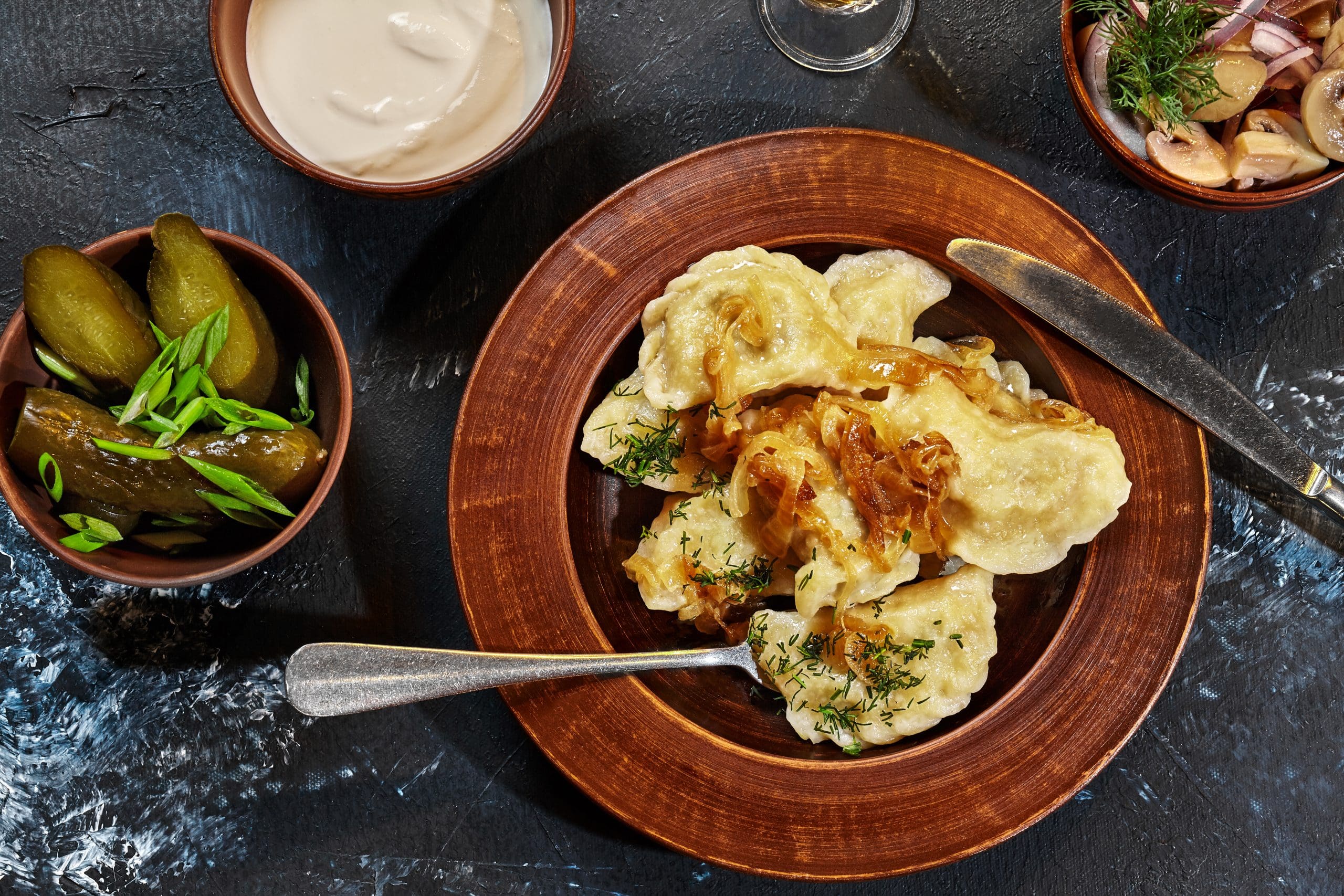 Pierogi (the word ‘pierogi’ is plural in Polish, the singular is one ‘pieróg’—pronounced pye-ROOG) are Poland’s pride and joy, and probably the most recognizable Polish dish around the globe. Some linguists think that the origin of the word ‘pieróg’ goes to the Proto-Slavic word ‘pir,‘ which means ‘feast.‘

Polish pierogi are usually boiled in salted water but are also deep fried for the addition of some extra rich flavour. There are tons of recipes both for the stuffing and for the dough, and the best way to find your own most fitting recipe is to try cooking pierogi yourself.

Here's a downloadable Polish Pierogi Recipe Card from the Polish-Canadian Society of Nova Scotia, to get you started; and an introductory video, too! 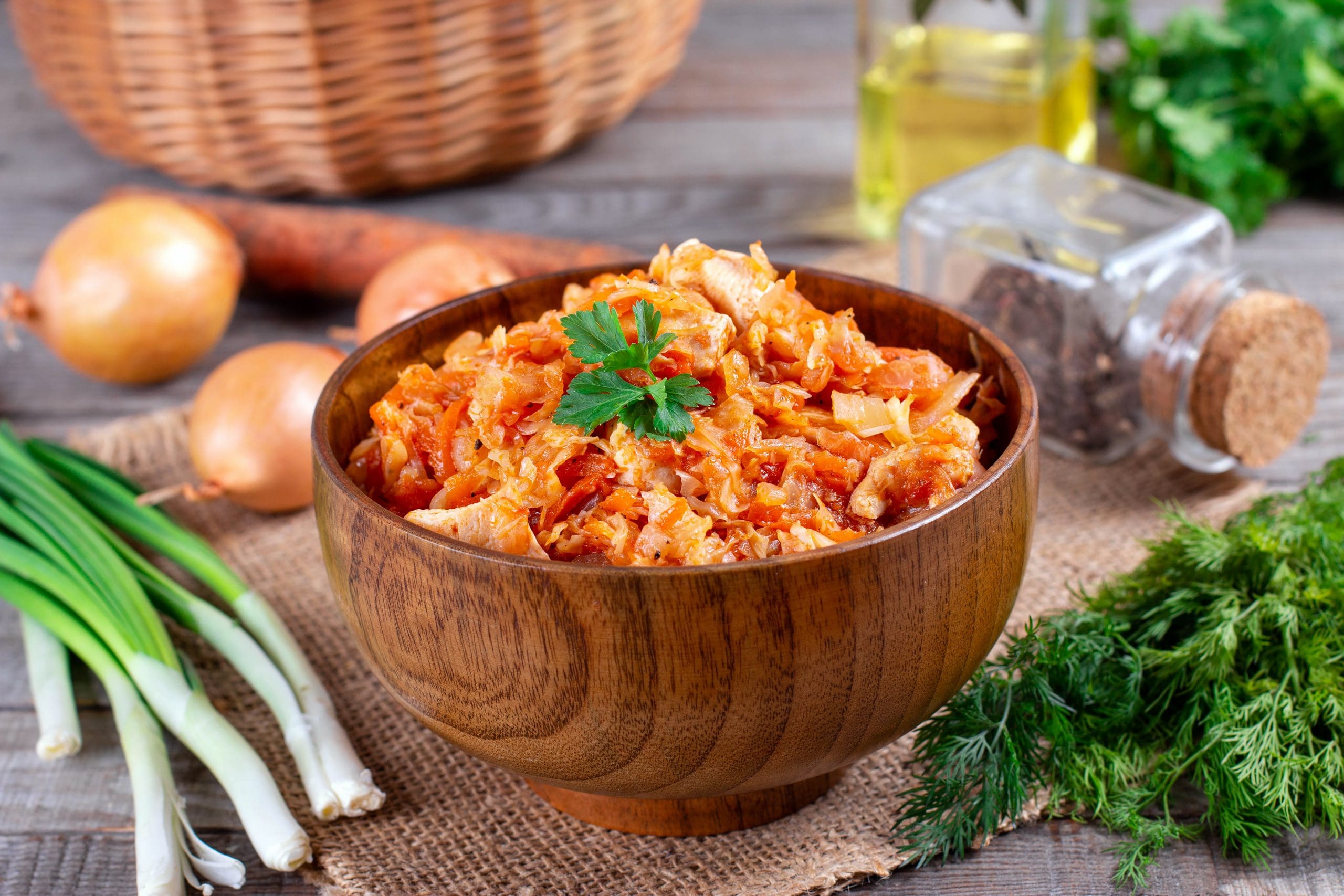 The  history of  Polish bigos, known as “hunter's stew” in English, begins many centuries ago. Bigos is a traditional single-pot dish, usually made during the winter months or for special occasions. It is made from cabbage, sauerkraut and meat, and very often with wild mushrooms. It should be cooked for hours and it tastes even better if left to rest until the next day. 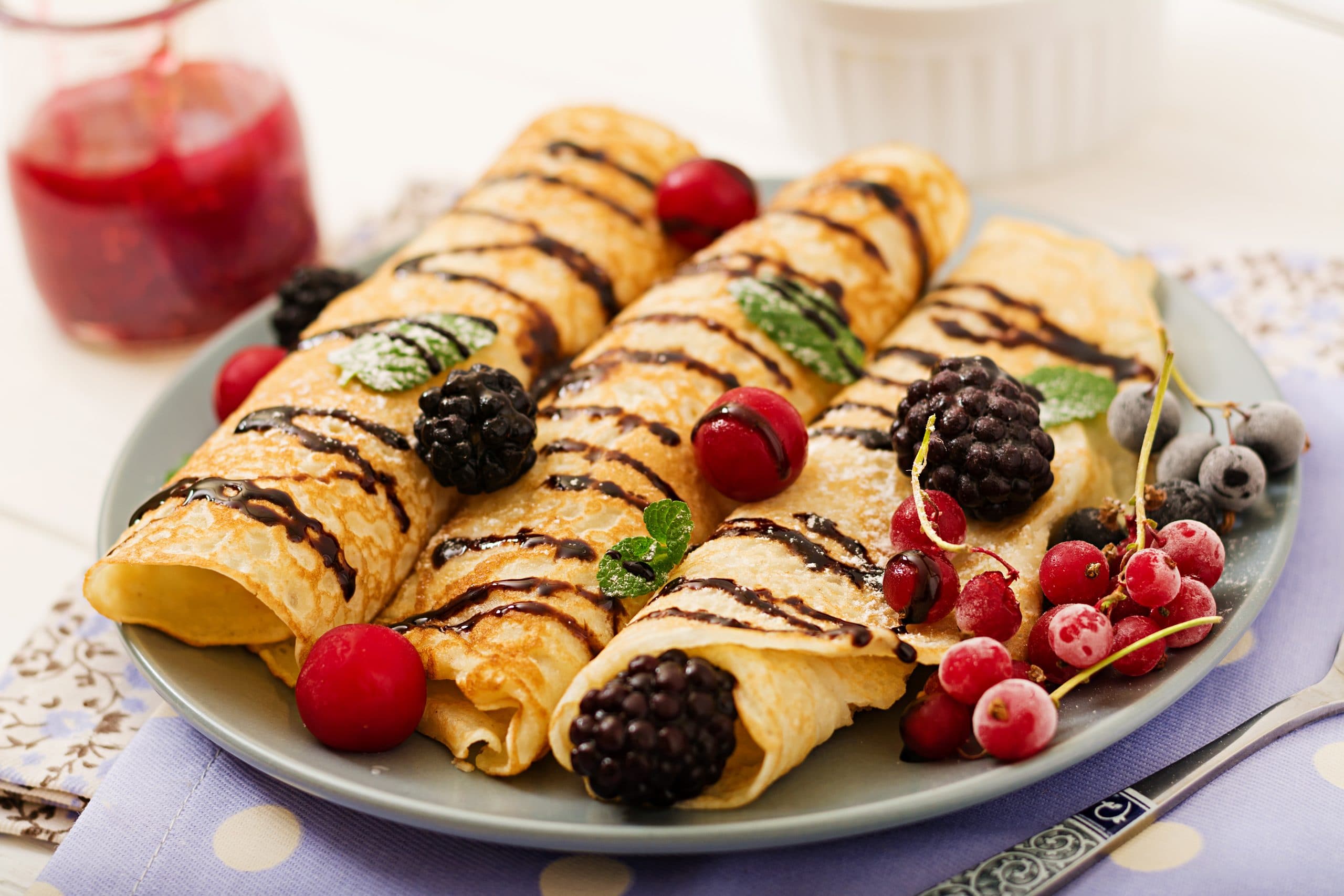 One of the names for crêpes, blini, are round flat cakes cooked on a hot surface. A vital part of European culinary culture, they are known virtually everywhere. The word ‘Naleśniki’ appeared in the first-ever Polish cookbook ‘Compendium Ferculorum,’ published in 1672, and they have been a part of the Polish diet ever since. The base recipe hasn’t changed much since then, though. The serving variations are almost endless because Naleśniki can be both savoury and sweet.

A roll of sweet yeast bread with a filling of poppy seed. This extremely delicious pastry can be found at almost every table in Poland during the Easter and Christmas periods. Every family has its own recipe, and they pass it from generation to generation. 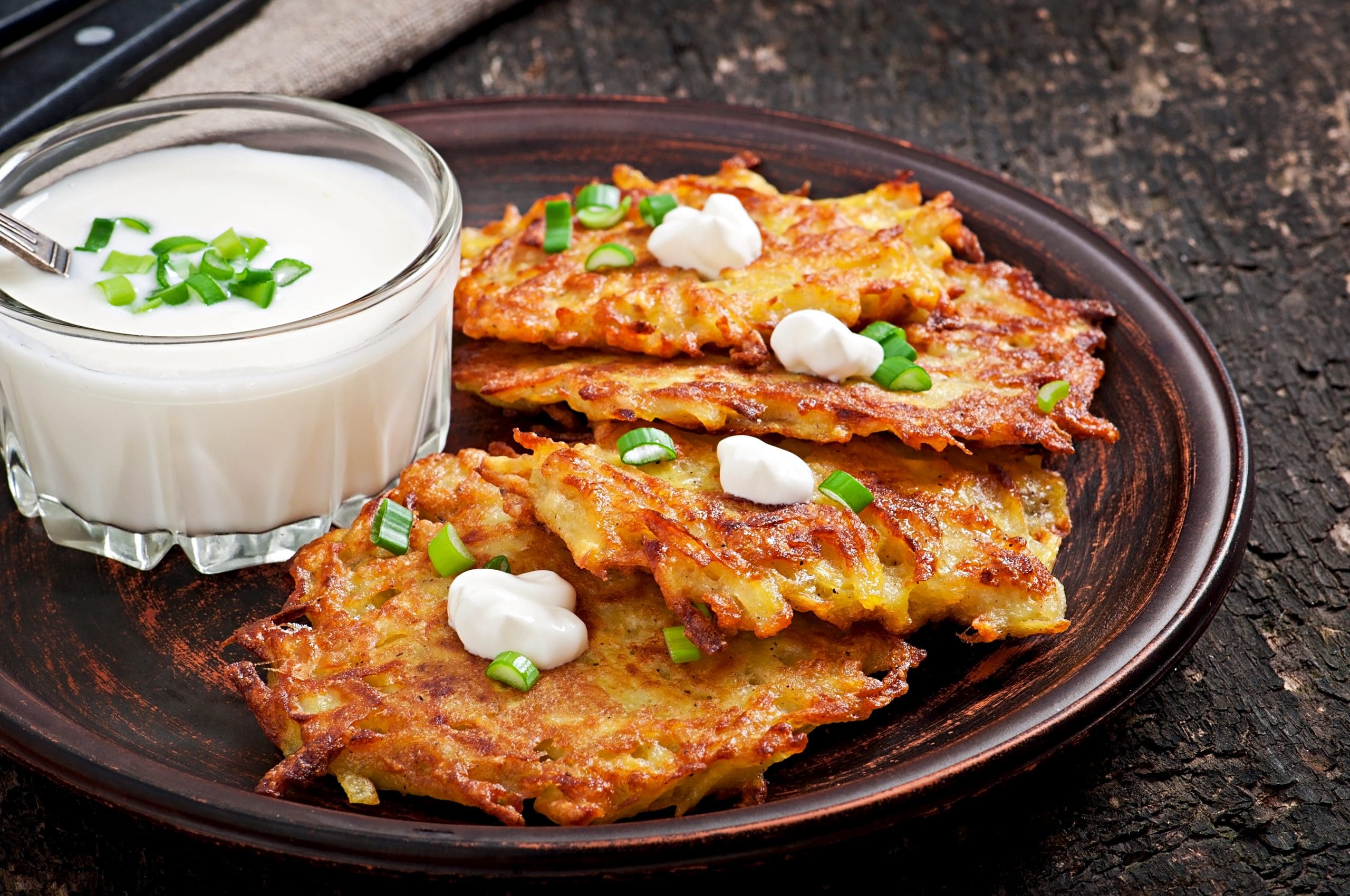 A list of the most popular Polish dishes would not be complete without these potato pancakes. Easy to cook and amazingly delicious; there is no way to resist the temptation of eating them! They may be best served topped with sour cream and mushroom sauce, but you can try placki ziemniaczane with any of your favourite sauces and—most likely—you won’t be disappointed.

Szarlotka, one of the many versions of apple pie, is one of Poland’s most popular cakes. The name comes from the French word „charlotte” and usually consists of a thin layer of shortcrust pastry, a thick layer of apples, and either a streusel or a meringue on top.

The famous gołąbki—cabbage rolls—are usually filled with rice and ground meat. They go well with creamy sauces, such as mushroom or dill sauce, and are usually served with a pile of mashed potatoes on the side. 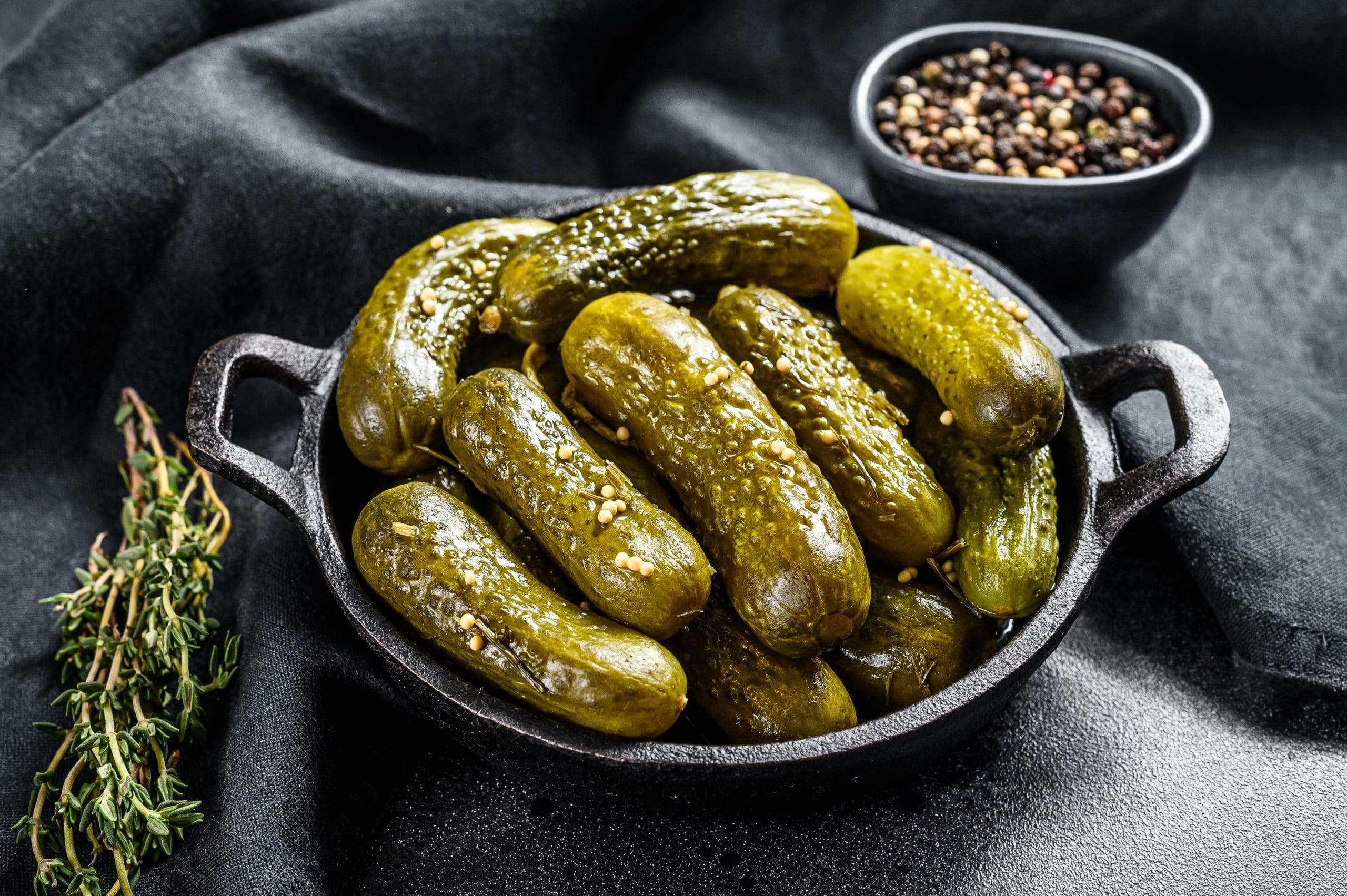 Pickles are an essential component of Polish cuisine. Pickled cucumbers and cabbage (sauerkraut) are extremely popular, and there is an incredible variety of recipes for them. However, almost any vegetable can be pickled—beans, cauliflowers, zucchini, tomatoes, peppers and even some fruit—it’s only limited by the extent of your imagination!

Check out this introductory video to get started. 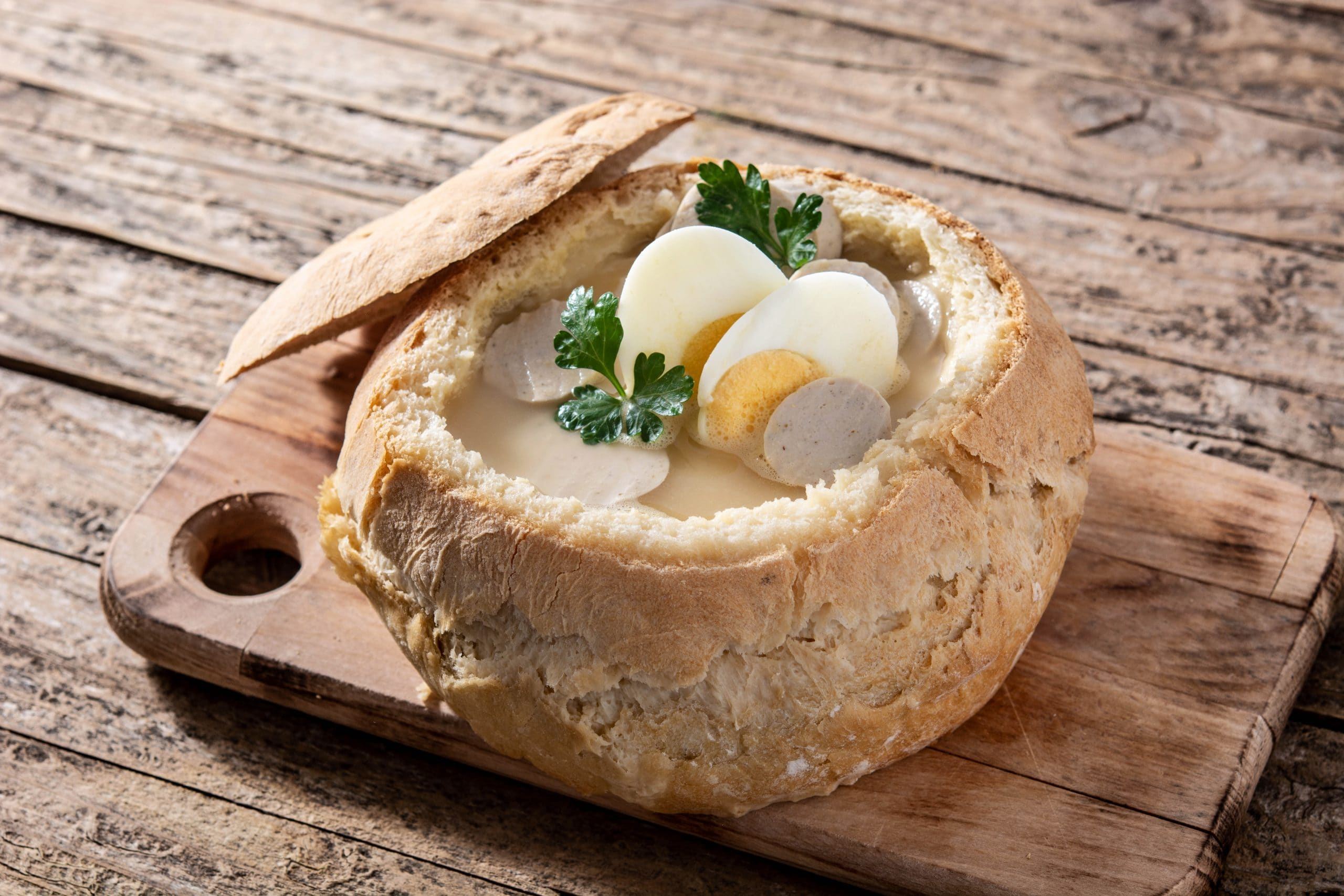 Fermented flour for a soup? Yes, that is possible in Poland. Żurek is a soup prepared in countless variations, and its history goes back centuries! The soup is made with sour rye flour. Sour rye is a naturally fermented liquid mixture of water, spices, and rye flour that can be bought in the stores or made at home. In Poland, Źurek sometimes is served in an edible bowl made of bread.

Polish potato dumplings. The word kopytka [kopyto - "hoof", kopytko - "little hoof"] is Polish for "little hooves," and refers to the shape of these dumplings, which are very often formed in the shape of hooves. Kopytka can be served savoury, with cheese, fried bacon, fried onion; or with a variety of sauces, such as goulash or mushroom sauce. Kopytka can also be served sweet with melted butter and sugar, cinnamon, or sugar with sour cream. 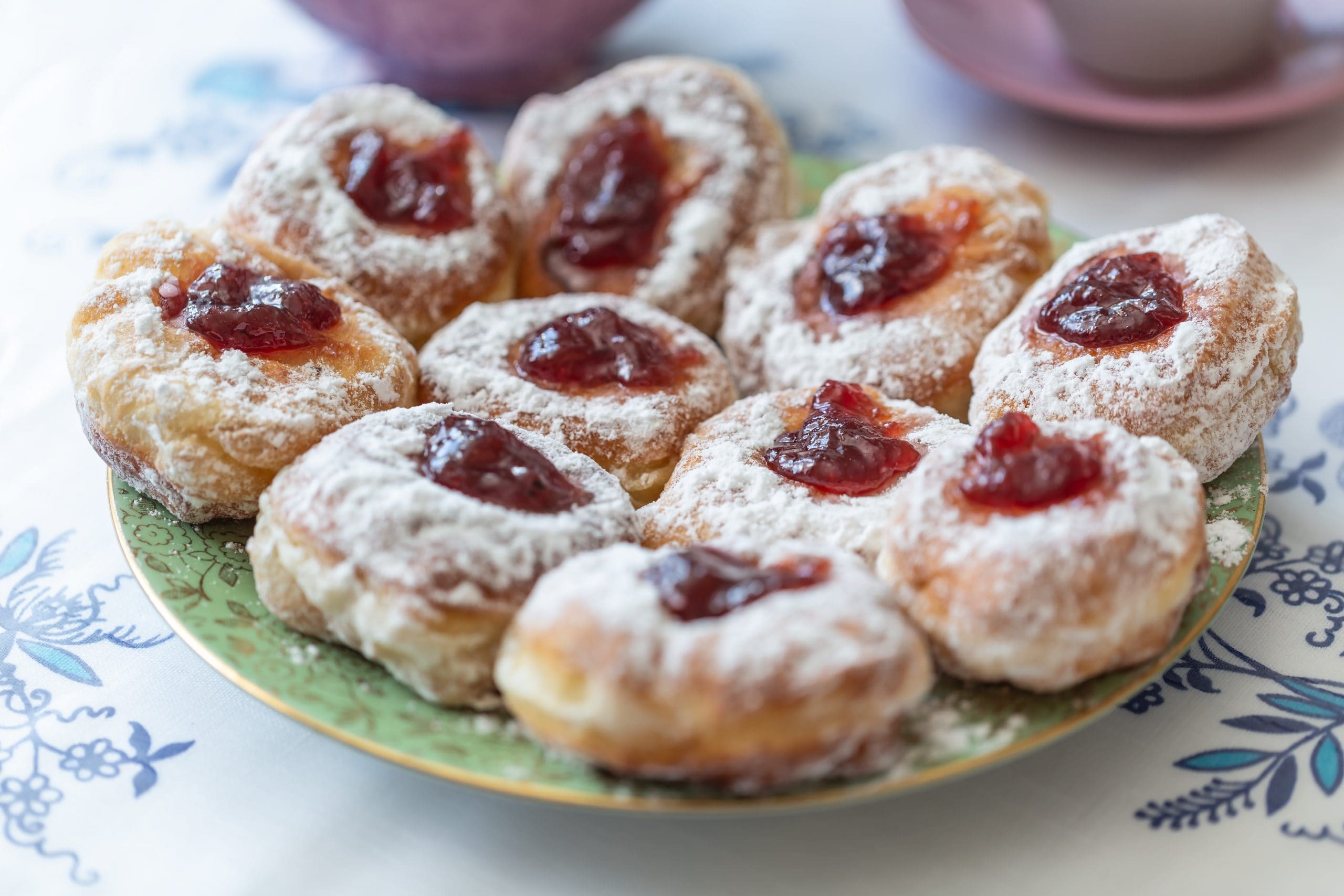 Polish doughnuts hold a special place in Polish hearts. They feature a variety of fillings and can be glazed, or just covered with powdered sugar. In Poland, pączki are eaten especially on Fat Thursday—the last Thursday prior to Ash Wednesday and the beginning of Lent. It is one of the most important holidays, and on that day you should eat as many doughnuts as possible—all in the name of good luck!

Never miss a chance to try Polish kielbasa! Kielbasa in Polish means "sausage,” and there are many different variations. For example: White sausage (biała kiełbasa), Hunter's sausage (kiełbasa myśliwska), Kabanos, Krakowska sausage (kiełbasa krakowska) and many others are part of the Kielbasa family.

The best way to sample Polish food is to visit the country but even here in Halifax, we can try some Polish dishes by visiting wonderful restaurants featuring European cuisine.

However, remember that you can simply try to make your own pierogi or pickles at home and start new traditions or change your older ways.