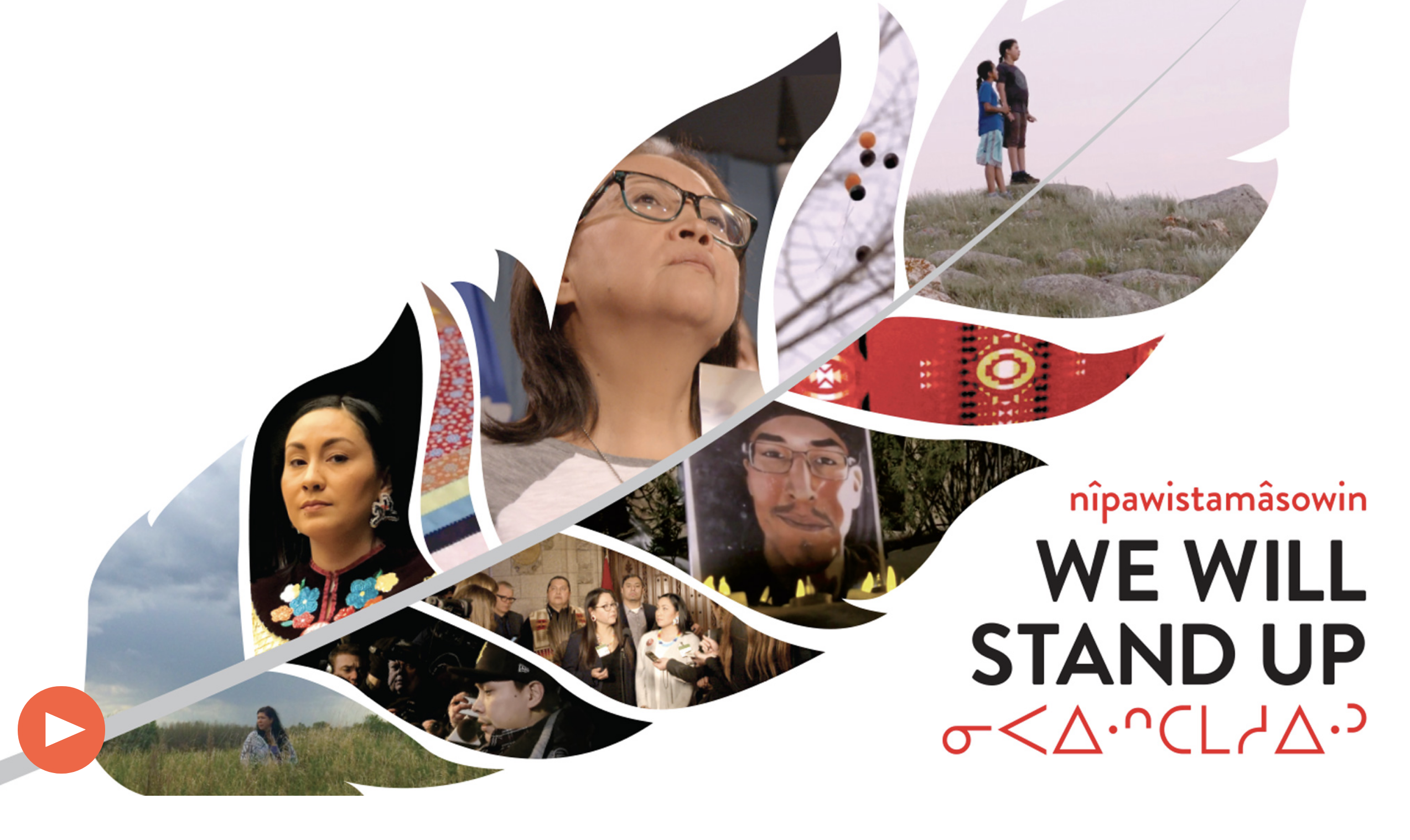 Today, in honour of Indigenous History Month and beyond, we share a collection of National Film Board of Canada films created and produced by Indigenous filmmakers.

“We’re here because the people before us loved us so much.” -Tasha Hubbard to her son and nephew

What is reconciliation? How can Canada amend the wrongs done to Indigenous people since European colonization, when so many wrongs continue to be committed to this very day?

The documentaries nîpawistamâsowin: We Will Stand Up, and Jordan River Anderson: The Messenger, both produced by the National Film Board of Canada, address many overlapping themes. Most importantly, in so many ways, Canada is still struggling to meet the basic human rights of Indigenous people.

nîpawistamâsowin: We Will Stand Up

nîpawistamâsowin: We Will Stand Up (2019), chronicles the murder of Colten Boushie, the consequent trial and acquittal of Gerald Stanley, and Colten’s family’s fight for justice. Filmmaker Tasha Hubbard weaves the story of Colten’s death against her concerns for Indigenous people going forward. Will her son and nephew grow up to be seen as a threat because they are Indigenous? The man who killed Colten Boushie, a white farmer, was acquitted of the crime, but can one say the result was just when not a single Indigenous person sat on the jury? Colten’s sister, Jade, is a fierce advocate for the family, taking their fight to the federal government and then on to the United Nations.

Jordan River Anderson: The Messenger ​(2019), directed by Alanis Obamsawin, documents the fight for Indigenous children to have access to the same health care as their non-Indigenous counterparts. Jordan River Anderson was born in 1999 with multiple disabilities. Because of these disabilities, Jordan required constant care, but neither the federal nor provincial governments could agree on who should pay because he was from a reserve. As a result, Jordan lived out his short life in a hospital in Winnipeg, thousands of kilometres from his family in Norway House. Because of Jordan’s situation, Jordan’s Principle was passed in 1997 decreeing that all indigenous children, both on and off reserve, should have equitable access to public services. The film documents how even though this principle was introduced, it was still a struggle for families to acquire the services they needed for their children. Advocates such as Cindy Blackstock championed the fight to make these services more readily accessible.

K'i Tah Amongst the Birch

K'i Tah Amongst the Birch presents a day at a camp in the Northwest Territories.

Watch: K'i Tah Amongst the Birch | Melaw Nakehk’o | 2020 | 10 min | Part of THE CURVE, a collection of social distancing stories

Delia 9 to 5  is a wry look at the life of a mother who is eight months pregnant.

Very Present (5 min) explores confinement and our experiences of time.

Nbisiing portrays the filmmaker's efforts to confront his fears and connect with ancestors.