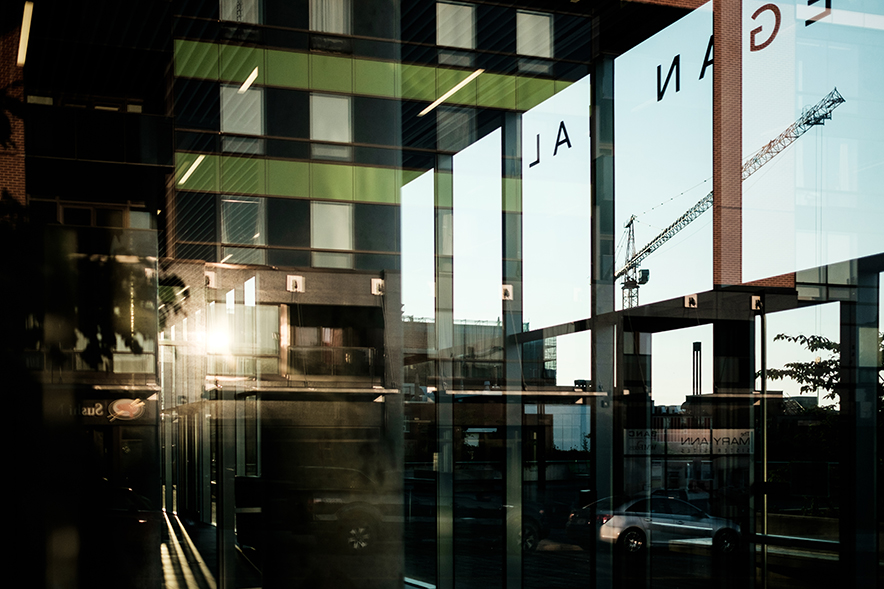 On display June 9 to August 18, 2018 in The Sunroom at Central Library, Old Bones | New Bones by Adam Lanigan is a photographic exploration of Halifax's changing urban landscape.

Development has undergone a dramatic increase in pace over the last few years, but, in the demolition and reconstruction of pieces of the city, what (if anything) is being lost along the way? Is Halifax’s character and identity tied up in the architecture and density of its neighbourhoods? By replacing the old bones with new ones, is the body changed?

Adam Lanigan is a resident of Halifax, Nova Scotia. He has long held a fascination with photographs, cameras, and the photographic process. Adam uses a variety of digital and analog equipment and techniques to collect and create images of the world around him, focusing mainly on the urban landscape, architecture, street life, and live music. He has exhibited photos in New York, London, San Francisco, and Halifax, and his work has been published in several books.

The Sunroom is made possible by the generosity of Margot and Layne Spafford.