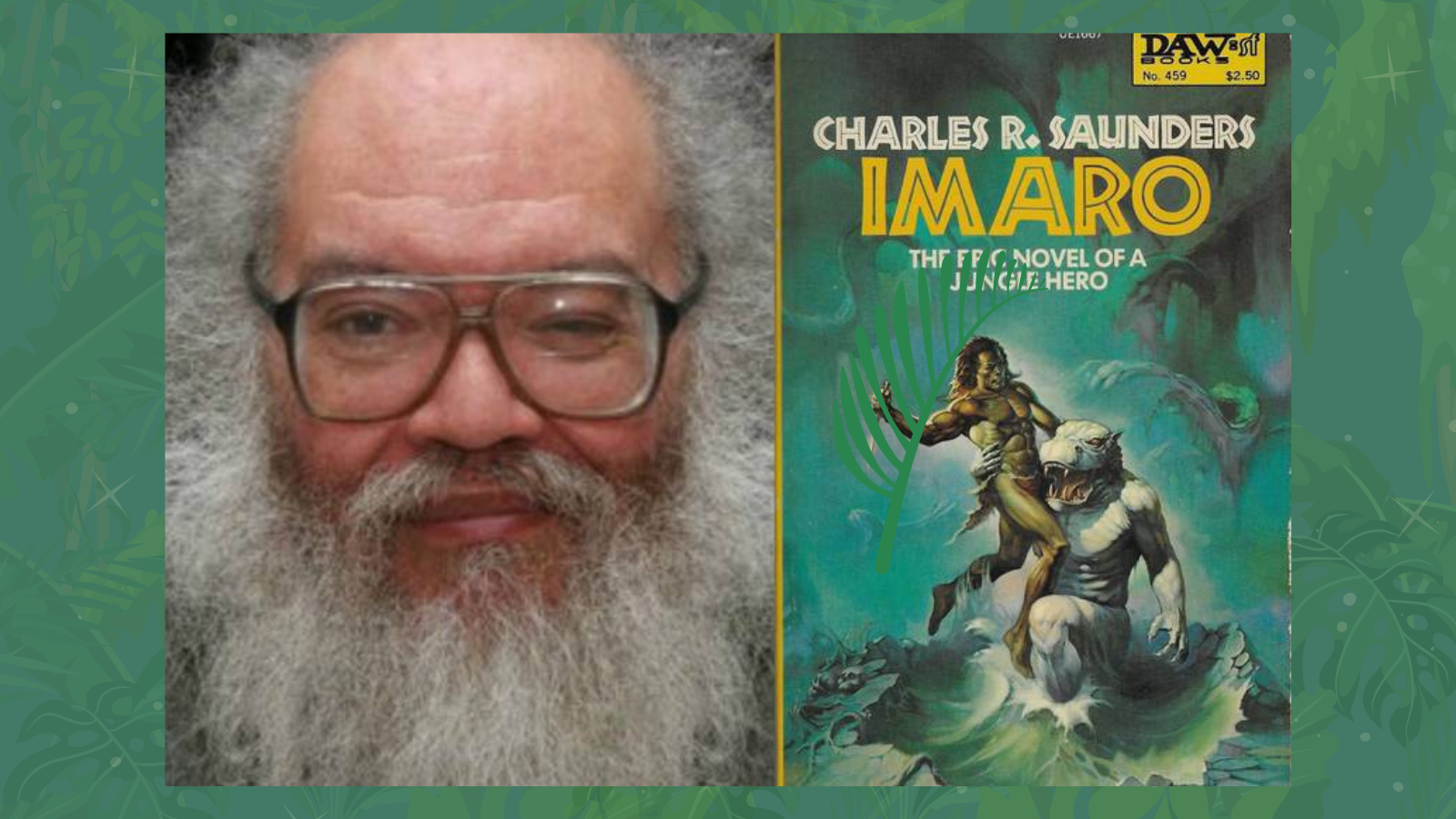 In May 2020, during the initial COVID-19 lockdown, workers entered an apartment on Primrose Street in Dartmouth. There, they found the body of an older Black man who had passed away some time before their arrival. Attempts were made to find family and friends, some next of kin who could take on the responsibility of his burial, but they were not met with success. The man had no phone, no internet access at his apartment, and a list of his personal contacts could not be found. A government interment was arranged, and in June the man was buried with a small numbered plaque as his only marker at the Dartmouth Memorial Gardens. It was word of mouth that ultimately spread the news: Charles R. Saunders had died.

To locals, this name may ring familiar. Saunders worked as a copy editor for the Halifax Daily News from 1989 until the publication ceased in 2008. While with the paper, Saunders took over a column previously written by George Elliot Clarke, which examined issues being faced by Black communities across Nova Scotia and the country. He also published a number of non-fiction books including Black and Bluenose: The Contemporary History of a Black Community, Share & Care: The Story of the Nova Scotia Home for Colored Children and Sweat and Soul. But the world at large knows Saunders for something else: his vivid fantasy fiction novels.

Saunders was born in Elizabeth, PA in 1946. As a young adult, he earned a degree in psychology from Lincoln University, and in 1969, he moved to Canada to escape the American draft. He initially settled in Ontario, but moved to Nova Scotia in 1985.

Saunders grew up reading fantasy fiction. Classics like Tolkien’s The Lord of the Rings and Robert E. Howard’s Conan the Barbarian took him to new worlds, but in these worlds something was missing: Black people. Classic fantasy fiction notably lacks Black characters, cultures and settings, and when they are present, prejudice is often found as well.

In the mid-1970s, Saunders decided the time had come to write a different kind of story. It would be a sword- and sorcery-style novel, in the same vein of Conan, but featuring strong African characters and traditions. Imaro was the title character:

"Imaro would be the anti-Tarzan, and the setting in which his story unfolded would be an alternate-world Africa rather than an imaginary prehistoric era of the Earth we know… Imaro’s Africa, which I named Nyumbani, would serve as an antidote to the negative stereotypes about the so-called “Dark Continent” that crept – advertently and inadvertently – into the fantasy world of far too many other writers." - Imaro, Saunders, Charles R., page 5-6, 2006

Imaro was first published in 1981, and again in 2006. It tells the story of Imaro, a young man who is an outcast among his people. Though he is raised to be a strong and powerful warrior, he is treated poorly by his tribesmen; he struggles with his identity and what he wants in life. This ultimately leads to Imaro going on a journey to find a place he can truly call home. Imaro was followed by three sequels: The Quest for Cush (1984/2008), The Trail of Bohu (1985/2009) and The Naama War (2009), as well as several pieces of short fiction.

The Quest for Cush

The Trail of Bohu

Saunders’ stories—with their African characters and settings—spoke to those that read them. In the podcast Rogues in the House, opens a new window, the hosts discuss the appeal of Saunders’ writing style:

“Saunders had this way, and I don’t know if you want to call it pacing, or whatever, but… a mystery is alluded to, and he feeds just enough information throughout the four books until the big reveal that you want to read more. It’s masterful work.”

The group also discusses how Saunders took what was expected of a ‘barbarian’ character and turned it on its head:

“When we think of the word ‘barbarian’ a lot of the time we gravitate towards cold climates, horned helmets, stuff like that. But this breed of barbarian, so to speak, comes from a hot, savannah, deserty, like, grassland, which is the complete opposite of when we think of Cimmeria, in reference to Conan. That’s super cool to me. It just kind of shows the breadth of what that term can mean.”

“It was a world filled with people who could be my ancestors. I’m an African-American male and I remember feeling vividly the sensory information: how the air smelled, how the people looked, how they were very regal and how they were very human.” (The Extraordinary Inner World of Charles R. Saunders, Father of Black ‘Sword and Soul’ by Jon Tattrie, Sept. 2020). Wiggins would go on to write his own fiction, some of which Saunders read and offered valuable feedback on. Of Saunders, Greg Mele from Black Gate Magazine said: “Because of him, I have books on African Arms and Armour, the history of Ethiopia and the great empires of Benin and Ghana; I have investigated African martial arts and learned about heroes like Sundiata. Imaro opened that world up for me, and I will be forever grateful.” - (N.S. Writer Charles Saunders Remembered for Journalism, Groundbreaking Fantasy, Chronicle Herald, Stephen Cooke, Sept. 2020), opens a new window.

Television writer and producer Taaq Kirksey was also touched by Saunders’ work. He and Saunders had been collaborating to bring his writing to life on the small screen, with a television project in the late stages of development. On Twitter, Kirksey stated:

“Charles and I worked together on this for 16 years. It kills me that he won’t see it realized…”  -(N.S. Writer Charles Saunders Remembered for Journalism, Groundbreaking Fantasy, Chronicle Herald, Stephen Cooke, Sept. 2020, opens a new window).

His story lives on

As news of Saunders’ death spread through the community and to friends and fans around the world, the idea of an unmarked grave and an uncelebrated life was too much to bear. A Go Fund Me page, opens a new window was set up to raise money for a headstone, as well as a monument of Imaro. The stones will be placed as soon as the weather allows. A small Zoom memorial was held with some of Saunders’ friends, former co-workers and closest supporters. It is hoped that a graveside service will be held sometime this year.

When Charles R. Saunders began writing his Imaro series, he likely had no idea how it would touch readers and change their lives, how it would inspire them to pick up their own pens and write the stories they had inside. Let us all live by his words and write our own stories, for:

“On the blank page, anything is possible.” – Charles R. Saunders

Works by Charles R. Saunders in the Library collection

Rogues in the House Podcast , opens a new window(Spotify)