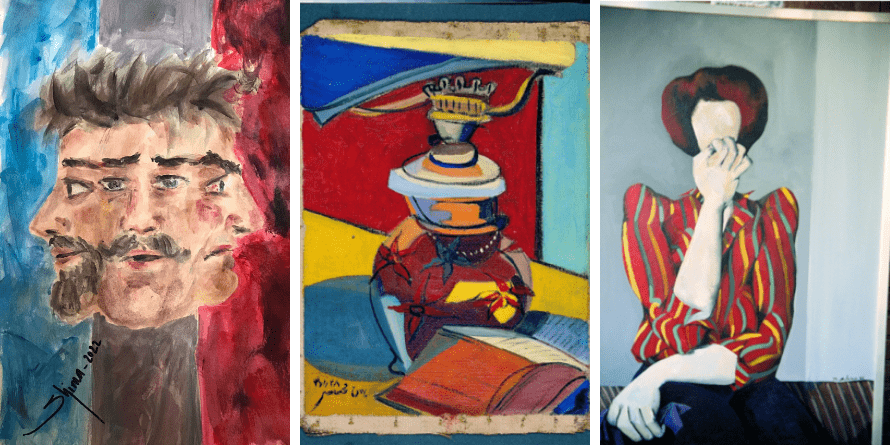 “Expressionism is a modernist movement, initially in poetry and painting, originating in Northern Europe around the beginning of the 20th century. Expressionist artists have sought to express the meaning of emotional experience rather than physical reality.”  - Via Wikipedia, opens a new window

Despite originating in Northern Europe, Expressionism painting has grown popular in the contemporary Iranian art community. We will focus particularly on this community in this blog post.

Expressionist art is known for its exaggeration in colour, light, structure, and content. Colour is the most important visual element that a painter can use to express their feelings.

In contemporary Iranian painting, however, exaggeration is only superficially reflected in the colour and structure of painting elements and artworks have managed to retain their traditional-cultural theme.

“Bahman Mohassess (1931-2010) was born in Rasht, Iran. As a young painter, Mohassess was apprenticed to Seyyed Mohammed Habib Mohammedi. He continued his artistic education in Tehran and in Rome. His oeuvre comprises paintings, sculptures, and collages. He was also a celebrated translator of literary works.” - Source, opens a new window

In this artwork, (Untitled, 1969) it seems like fish, as animated elements, are unified with non-animated elements (bottles). It seems as if human beings no longer differentiate between emotions and objects in modern life, in fact, in this artwork humans are represented in the form of distorted glass bottles and dried fish that no longer have any sense of nature.

Hosna Karnama is an Iranian-born visual artist. The subject matter of her works is inspired by conflict with a focus on mythical features and animated characters.

“We all have unspoken words that can never be expressed by tongue. My attempt as an artist is to paint these vague images of the sounds of our inner voices and emotions through Iranian colors and calligraphy. Calligraphy in Eastern culture is the highest form of a relation between spiritual connection and abstract art. As an artist, I have tried to visualize my personal experience of life in the Middle East by exaggerating in form and concept.” She said. - Source, opens a new window 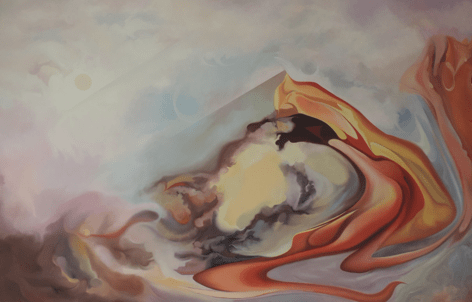 Farah Niarad studied a Bachelor of Art in English Literature, and a Master of Art Research. She was born in Tehran, Iran. Farah Niarad’s first documented work, Flowers in Blue Vase, was completed before age fourteen. She has executed a great many paintings as well as landscapes and abstract. Farah Niarad immigrated to Halifax, Nova Scotia, on November 28, 2021, and is studying for her second master's degree at Saint Mary's University. Her interests are realistic, impressionism, abstract and expressionism.

In the painting above, which is an abstract expressionist, Farah expresses her feelings and emotions with the warm colours such as red and through the lines and the shapes of the painting. The skeletons of people which surrounded the two portraits in the middle of the work, express the world of diseases, war, and so on. 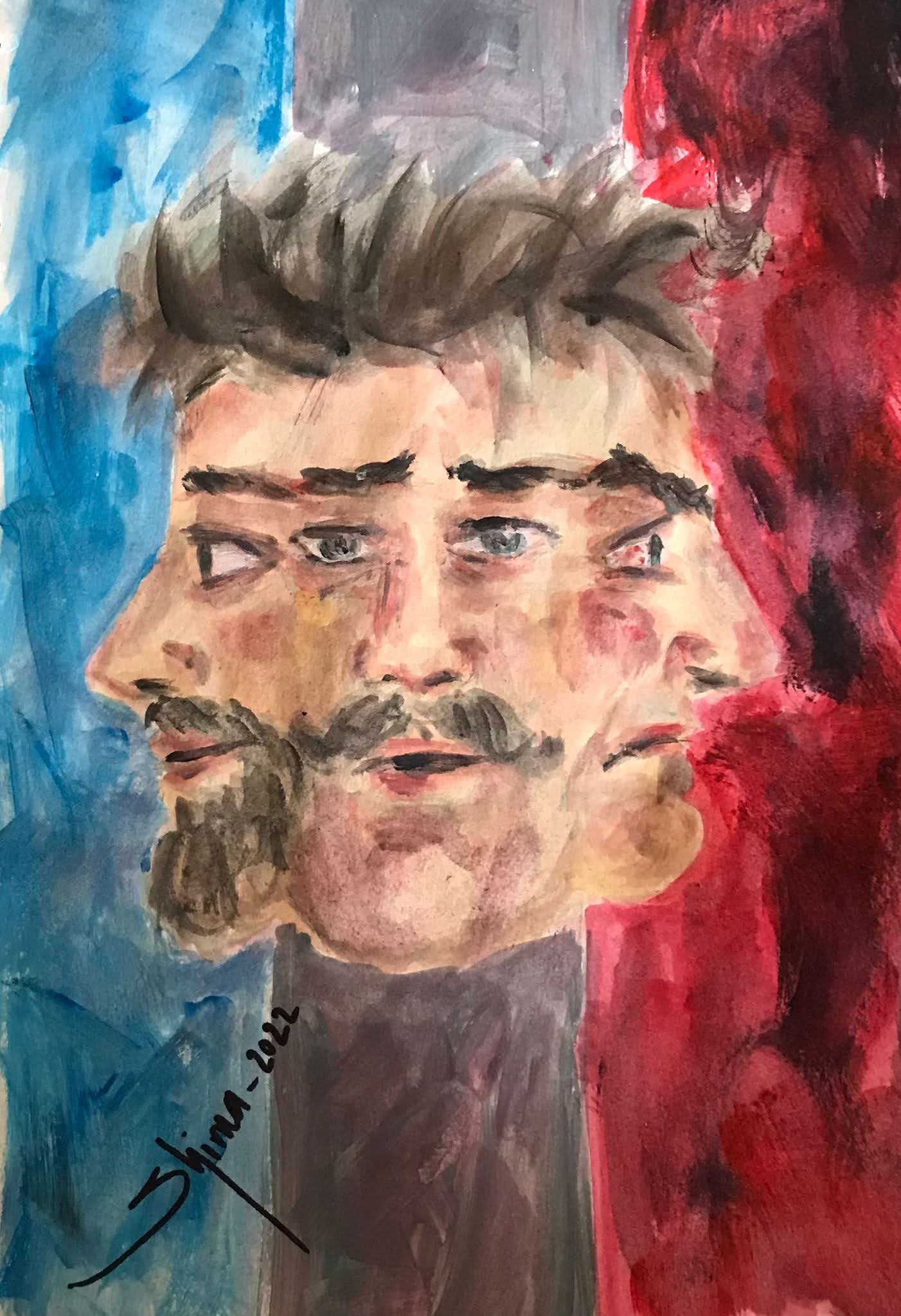 Fatemeh Boorboor is an Iranian artist. She is a Ph.D. student in Psychiatry Research at Dalhousie University.

She has been investigating and exploring human emotion and behaviour for the past couple of years. Expressionism for her, is nothing but expressing deep human emotions; that is exactly what all her career and academic life are about.

The painting above is an expressionist portrait that represents Multiple Personality Disorder(MPD). This painting consists of three colours in the background. The first one is the blue, which is in parallel with the personality of a kind person. The gray colour in the middle demonstrates a neutral character, and the red one shows the angry man clearly. 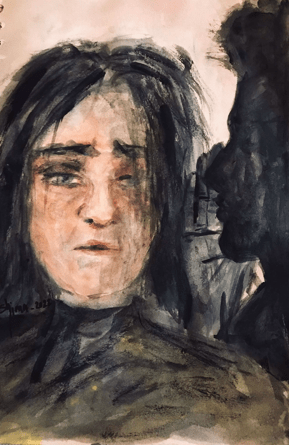 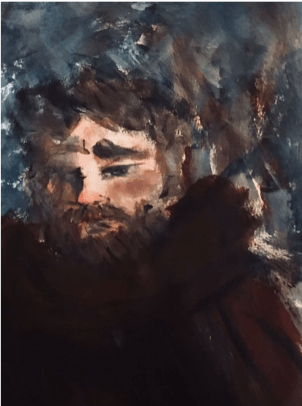 “When it comes to expressionism, “the personalities of the artists were as different as the way in which they used their expressive techniques, a “common style”. What bound them together was no more obvious than what divided them” -Expressionism, German Painting 1905-1920, Antony vivis, p 13