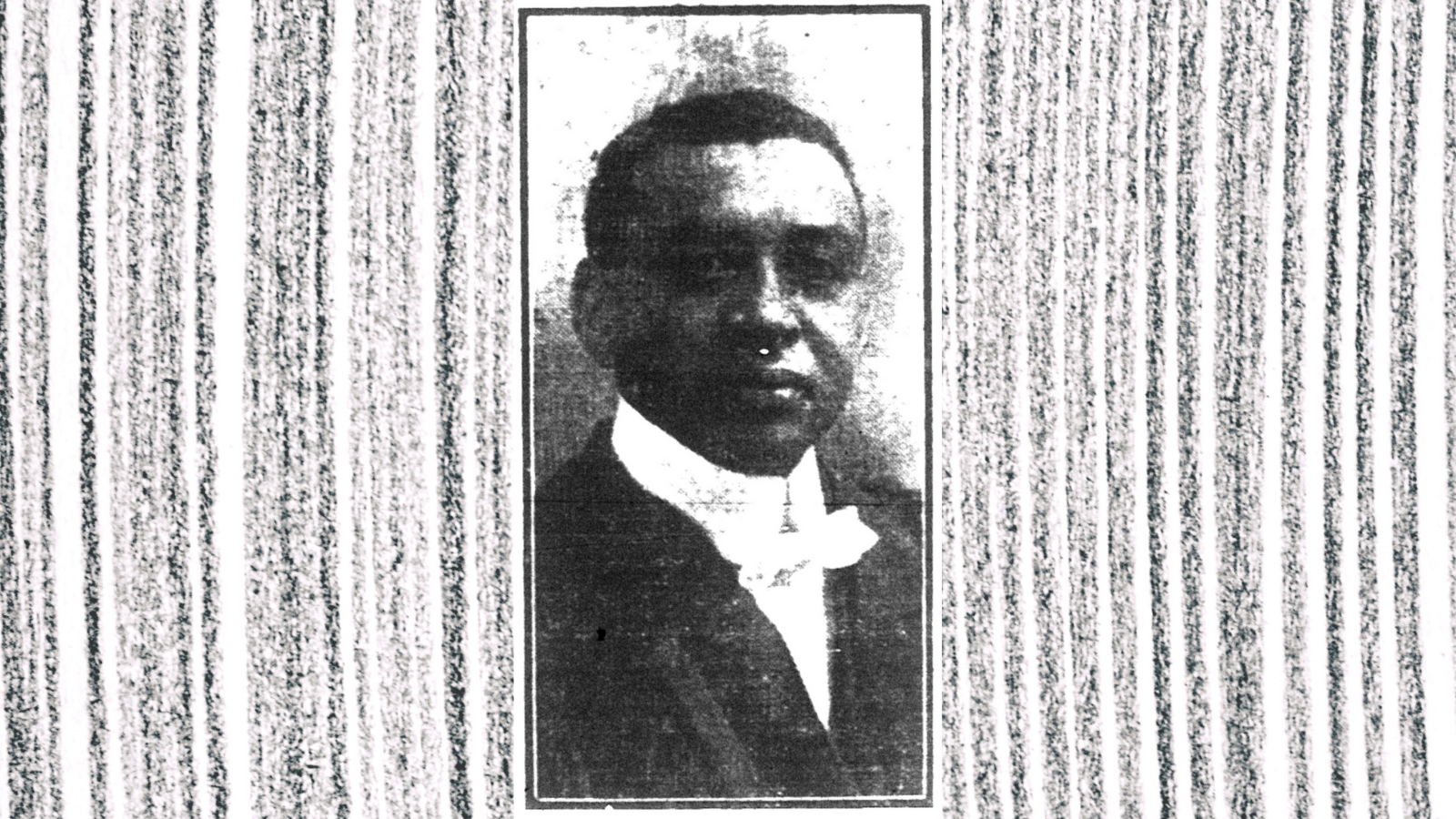 On a chilly Sunday, March 12, 1876, James Robinson Johnston was born at number 5 Gerrish Lane to William and Elizabeth Johnston. And for this, he was very lucky. 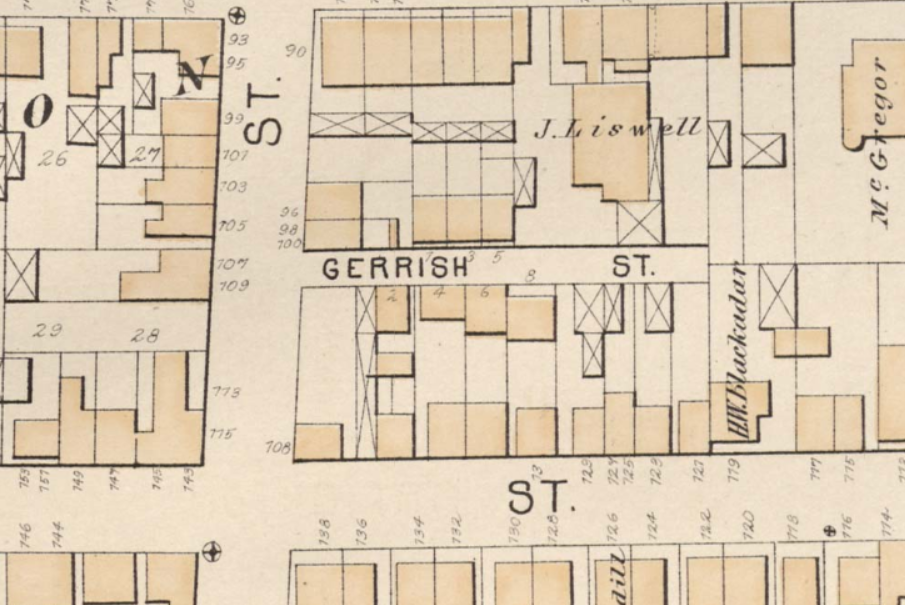 Turn of the century Halifax was no different than any other predominately white community of the time: racism, discrimination and prejudice were integrated into the very fabric of society, so much so that we still feel these effects more than 140 years on. Despite this difficult social tapestry, Johnston’s family of mixed race lineage made themselves pillars of both the Black and white communities. Johnston’s maternal grandfather James Thomas – a Welsh immigrant – was reverend of the Cornwallis Street Baptist Church, and helped in the expansion of the African Baptist Association. His paternal grandfather John Johnston – a former slave from Virginia – owned and constructed many of the homes in and around Gerrish Lane, (it’s little wonder it was once called Johnston Lane). Johnston’s father was a cobbler who also acted as landlord to a general store with his sister Louisa. The family advocated for better education for Black children in Halifax and for women’s rights, and was considered a well-respected voice in the city. And so, for being born in this particular house, with this particular lineage, Johnston was very fortunate indeed.

At a young age, it was clear that Johnston had an aptitude for learning. He attended the Maynard School starting at the age of six, and was extremely successful in his academics winning several prizes and lots of praise from his teachers. In 1887, Johnston was invited to write an exam to attend the exclusively white Albro Street School. Johnston passed the test, and attended the school for a year before transferring to the Halifax Academy.

In 1892, at age 16, Johnston began his first year at Dalhousie College (now University). While studying for his Bachelor of Letters, he found an affinity for the law and audited several classes. As soon as his first degree was complete, he once again enrolled at Dalhousie, but in their Faculty of Law. In 1898, Johnston became the first Black person to graduate from the Dalhousie Law program. In 1901 he was called to the bar, and began his professional career at 197 Hollis Street with his friend and mentor John Thomas Bulmer. When Bulmer passed later that year, Johnston took over the business. In later years, he would relocate to 58 Bedford Row.

In 1902, Johnston married Janie (sometimes spelled Jennie) May Allen after a short courtship. They first settled at 28 John Street, but later moved to 25 (now 5559) Macara Street. In 1910, Janie gave birth to a son named George, but unfortunately he contracted meningitis and died when he was little more than a year old. The couple did not have any more children. 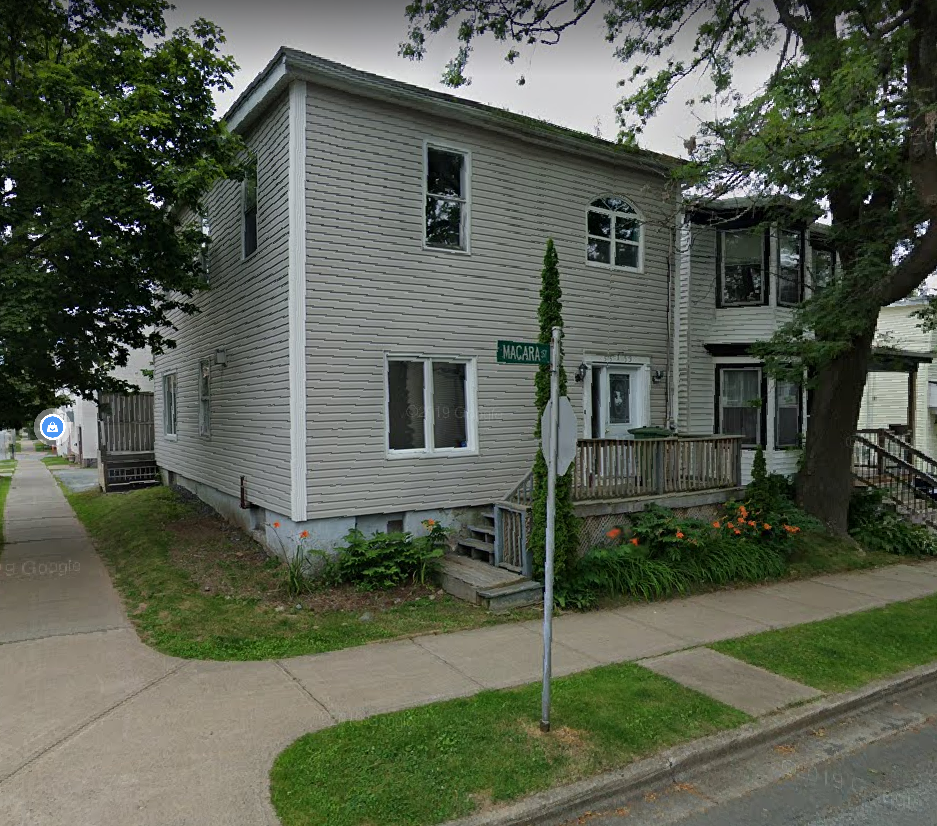 In Johnston’s career as a lawyer he defended many cases for both Black and white clients. He didn’t limit himself to Halifax, but was also known to travel the province to assist in legal affairs. In his personal life, he continued to be active with the Cornwallis Street Baptist Church, he was secretary of the African Baptist Association, a member of the Independent Order of Oddfellows, president of the Aetna Club (a Black musical organization), and put forth government proposals to provide better schools for Black children. Johnston was a well-liked, highly respected, active member of the community, which is why it was such a shock when on March 3, 1915, Johnston was murdered.

On the evening in question, Johnston, his wife Janie, and Janie’s brother Harry Allen sat down to tea. Allen had been staying at the Johnstons’ home while he worked at the exhibition grounds, a job that his brother in law had helped him secure. Unfortunately, he had recently lost his position. He had also recently had an argument with Janie about his girlfriend having visited him at the house while the Johnstons were away. With tensions rising, Allen had plans to return to the family home in Windsor Junction, but held off on his trip to attend a birthday gathering for his sister Isabella, which was to be happening at the house that night.

It was after 6pm when Isabella and other family members arrived. Janie and the new guests were in the kitchen when they heard two gun shots from the dining room: Allen had shot Johnston twice in the head. Alarmed and frightened, Janie and the guests fled the house to seek help with neighbours. Inside, Allen and Johnston fought over the gun; making their way outside Allen was able to fire three additional shots into Johnson’s head. Though Allen initially fled the scene, he later returned, was taken into custody, and confessed. 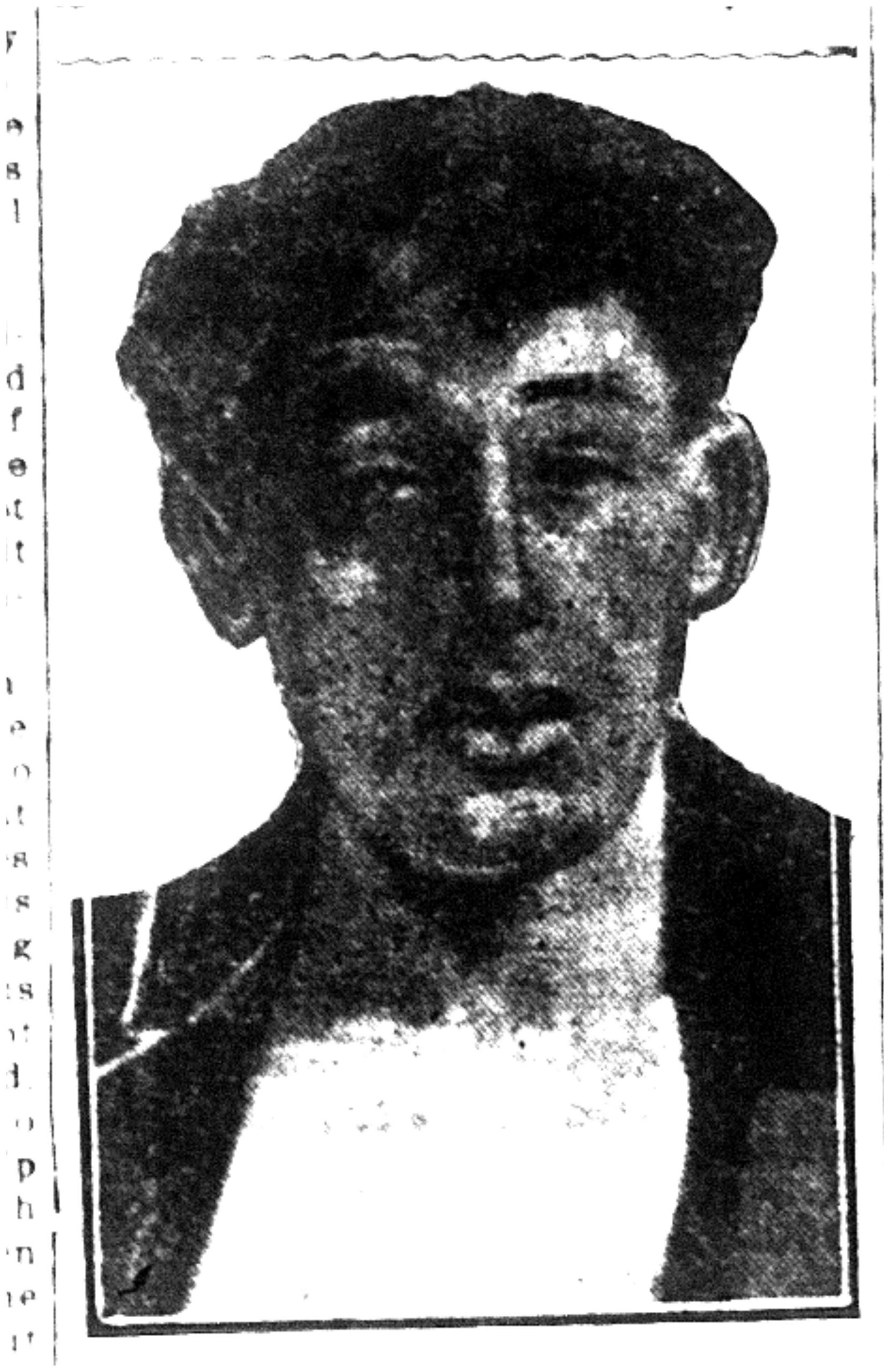 The murder was front page news in the Halifax Herald the following morning. The newspaper read: “In Mr. Johnston’s death Halifax has lost a good citizen, the bar of Nova Scotia a lawyer, who was an ornament to it, and in every respect the city is the poorer in his death.” Both Black and white acknowledged the loss of a community leader and a brilliant mind. However, as the trial began, Johnston’s character was called into question.

Allen and his legal representation never attempted to prove his innocence over the course of the court proceedings. After all, he had already confessed. They did, however, present evidence that Johnston was not the perfect man he seemed to be—that he was prone to violence towards his wife, and that Allen had acted defensively to protect his sister. This evidence—which included testimony from Janie herself—turned the opinions of the community. When Allen was found guilty of murder and sentenced to death, many citizens petitioned that his sentence be commuted to life in prison. In December of 1915, this was done. Allen spent 14 years in Dorchester Prison in New Brunswick before receiving an early release.

In 1991, Dalhousie University established the James R. Johnston Chair in Black Canadian Studies: “The chair honours Johnston and his accomplishments by building bridges between academia and the wider African descended communities. Through scholarship, research and community engagement, the Chair keeps Johnston’s inspiring ambition alive in the 21st century.”

If you would like to learn more about James Robinson Johnson, take a look at these resources:

The Nova Scotia Black Experience Through the Centuries, opens a new window

The Coast: Consider the saga of James Robinson Johnston, opens a new window