Written and created by the Asian Heritage Month Committee

As we keep our community safe by not presenting any public Asian Heritage Month events this year, we are instead providing a sample of Asian culture and heritage for you to enjoy online. Halifax Regional Municipality, Halifax Public Libraries, and community members have worked together to offer the following collection of performances and other activities to celebrate Asian Heritage Month virtually, so sit back, click, and enjoy!

Over the last two centuries, people have journeyed to Halifax from East Asia, Southern Asia, Western, and Southeast Asia, bringing our community a rich cultural heritage representing many languages, ethnicities, and religious traditions.

View the full playlist on our YouTube channel, opens a new window, or individual videos at the links below. 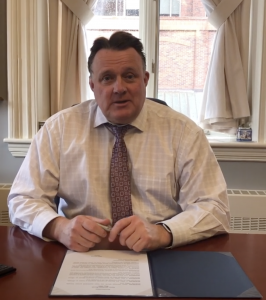 A Visual Trip Through Asia 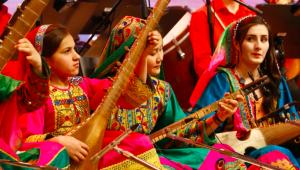 Did you know that the continent of Asia includes 50 countries? Start your journey through Asian Heritage Month with this stunning visual introduction to all of the Asian nations! 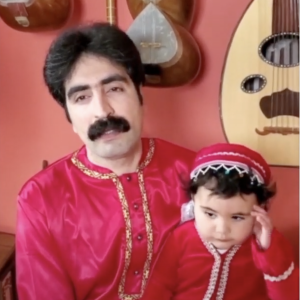 Mohammad is a musician, composer and ethnomusicologist from Iran, who came to Halifax in 2017. In this video, he shares his collection of musical instruments from Asian countries, and plays the Dutar (a traditional long-necked two-stringed lute found in Iran and Central Asia), and the Daf (a large Kurdish and Persian frame drum used in popular and classical music.) His daughter Nava joins in the performance, and will steal your heart! 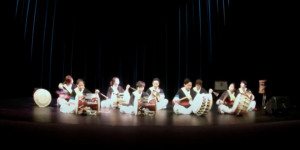 Established in 2006, the Arirang Drum Team is a Halifax-based Korean drum team that features various traditional percussive rhythms originating in Korea. The team is known for its exhilarating and synchronized percussion ensemble, and has made over 100 local appearances, including the Halifax Multicultural Festival and the Halifax Drum Festival. The team is open to anyone of any age who is interested in learning and sharing Korea’s traditional music in Halifax and beyond Majid Derakhshani is an acclaimed Iranian Tar player and composer. He composed this song inspired by a poem about an absolute love by Rumi, a 13th-century Persian poet. The song is performed by the The Moon and Sun music band.​ 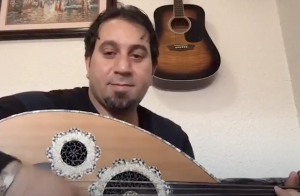 Hesam performs traditional Syrian music (Ghazali, Ghazali) in Arabic. He is a Syrian musician who came to Halifax in 2016. 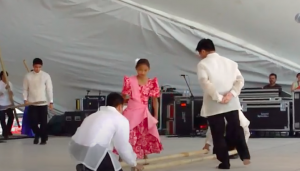 The Filipino Association of Nova Scotia presents Tinikling, a traditional folk dance from the Visayas region of the Philippines. The dance imitates the movement of the tikling birds as they walk between grass stems, run over tree branches, or dodge bamboo traps set by rice farmers. Dancers imitate the tikling bird's legendary grace and speed by skillfully maneuvering between large bamboo poles. 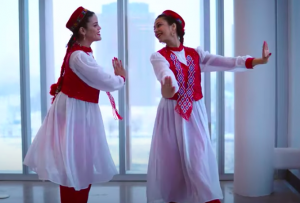 Badakhshani music and dance represent a distinct cultural practice within Central Asia. In Tajik Badakhshan, rugged terrain has impeded contact between Pamiri peoples and inhabitants of other regions of Central Asia. One consequence of cultural isolation has been the preservation of so-called Pamiri languages, which belong to the Eastern Iranian family of languages. Chinese New Year is the most important holiday in China. Tied to the Chinese lunar calendar, the holiday was traditionally a time to honor household and heavenly deities as well as ancestors. It was also a time to bring family together for feasting. The reason it's held at a different time each year is because, while our years correspond to the earth's cycle around the sun, the Chinese year is based around the moon. Also known as a Lunar New Year, it differs annually because a lunar month is around two days shorter than a Western month. Chinese New Year traditional greeting, “Kung hei fat choi.” Jiabin Liu, from the Nova Scotia Chinese Culture and Art Club is presenting Erhu Solo: Horses Galloping on the Vast Grasslands. Erhu is a traditional Chinese instrument with an over 4000 years history, a two-stringed bowed musical instrument, most specifically a pike fiddle, also known as a “southern fiddle” and sometimes in the western world, a “Chinese violin.”

Try your hand at some Asian tasty treats after watching these demonstrations from members of the Library’s own Cooking Club for Newcomers. Ikebana, "arranging flowers" or "making flowers alive") is the Japanese art of flower arrangement. Ikebana reached its first zenith in the 16th century under the influence of Buddhist tea masters and has grown over the centuries, with over 1,000 different schools in Japan and abroad. To introduce you to this art form, we present here, a short documentary about Ikebana produced by Emily Kitagawa with images provided by the Halifax based Ikebana Shop— Japanese shop on Quinpool Road aiming to introduce authentic Japanese culture and aesthetic. Tai chi, short for T'ai chi ch'üan or Tàijí quán, is an internal Chinese martial art practiced for both its defense training, its health benefits and meditation. The term taiji is a Chinese cosmological concept for the flux of yin and yang, and 'quan' means fist. 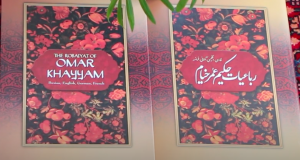 Omar Khayyam (1048 –1131) was a Persian mathematician, astronomer, philosopher, and poet.

There is a tradition of attributing poetry to Omar Khayyam, written in the form of quatrains (rubāʿiyāt) This poetry became widely known to the English-reading world in a translation by Edward FitzGerald (Rubaiyat of Omar Khayyam, 1859).

This poetry reading is truly international as the readers recorded their pieces from countries around the world!