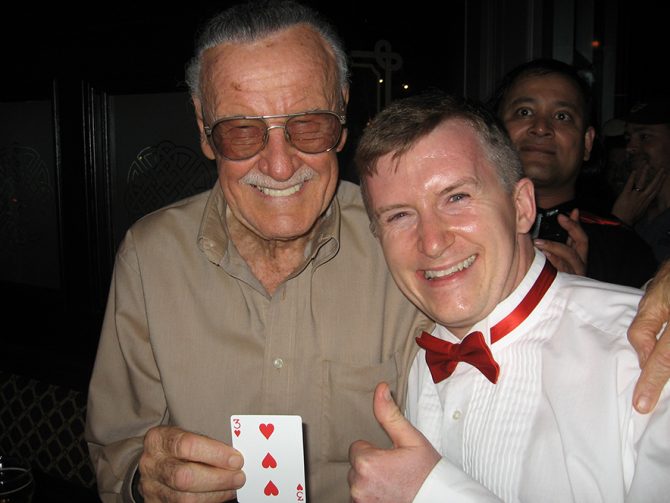 The magic of reading

How did YOU personally learn to read? The Library provides a vast array of books and programs, for literature lovers everywhere. But what about those who haven't ever been hooked by the magic of reading? Those who perhaps need a gateway into our beloved world of wonderment?

The marriage of using pictures co-extensively with storytelling has existed as far back as our cave-dwelling ancestors, and for those who lack confidence with their reading abilities, the unique medium of comics can truly serve to bridge that literacy gap. As a former schoolteacher, and current magician/entertainer performing 'The Magic of Reading' ProLiteracy show for schools and libraries, I've seen firsthand how much joy and excitement is generated by comics.

You grew up with his characters: Spider-Man, Hulk, The Avengers, Black Panther, Iron Man, and countless others. Maybe your children even wear his creations on their pyjamas!

Larger than comics, larger than LIFE. Stan Lee used the power of his legacy to uphold his responsibility, to be a force for positivity in this world – just like his creation, Spider-Man. Stan regularly infused his comics with sophisticated vocabulary, along with references to literature (Shakespeare, Twain, various poets, etc) during the 1960s when comics were considered a lowly child's medium. Stan's bosses regularly derided him for using higher vocabulary, since they bellowed that such polysyllabic language would fly over the heads of his unsophisticated, juvenile readers. Stan always held firm, replying: “What's the worst thing that could happen? The youngster may look up those words in the dictionary!”

Since sales figures soared under Stan, they eventually left him to write as he chose. Good for us! In collaboration with the artistic talents of Jack Kirby, Steve Ditko, and many others, the Marvel Age of Comics was born. Today, over half a century later, we see Hollywood catching up with the excitement of the characters born out of that printed page.

As Stan himself would likely say, “Y'know, Pilgrim, we all need more joy and kindness, especially today!” Stan's unflappable optimism helped 'The Man' live to 95, and for his Marvelous characters to live forever!

Through his characters, and his personal example, he taught the world to read, to dream, to laugh, to empathize, to seek knowledge, to aspire, and to do the right thing. He taught us it's always better to be a hero than a villain, and gave us so many amazing fantasies along the way.

To share a personal story of connection, during my extremely fortunate eight(!) different meetings with Stan over the years, I have been lucky enough to perform magic for him, to sit and have a drink with him, to ask him questions about his childhood, his favourite music, and even to present him with a Spider-Man balloon. You'll be happy to hear he's every bit as genuine and fun in person as you could hope him to be. I will always remember saying to him, "You're the Man, Stan." His immediate response, with a twinkle in his eye, was, "You're right!" (Classic!)

In 2016, during our last encounter, I got to tell him, "I love you, Stan Lee." Again, with the joyous smile of a man who has lived a full life, he replied with the purest kindness in his voice, "Thanks! It's great to be loved."

If you're a parent, seeking to inspire your child to embrace reading, Stan's comics may have a positive effect on your own children, as they did when my parents bought them for me. While my dad bought me Stan Lee's comics every month, my loving mom even made me a Spidey suit as a kid. As a result of my childhood, years later, I climbed down one of Halifax's tallest buildings in Spiderman fashion as a fundraiser for charity. 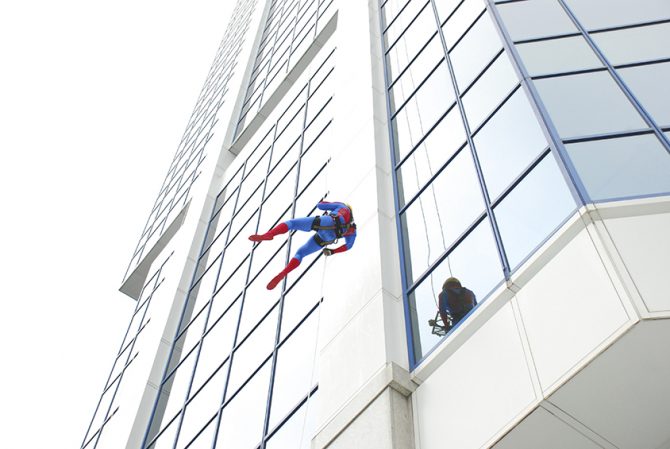 From the greatest legend in comics history: "Entertainment is one of the most important things in people's lives. Without it, they might go off the deep end. I feel if you're able to entertain people, you're doing a good thing." –Stan Lee (1922-2018...though he will never really leave us). "Face Front, True Believers...and Excelsior!"

The Amazing Mr. J at the Library

Join the Amazing Mr. J for a very special series of performances this March Break at the Library where everyone in attendance will receive a free comic book courtesy of Grandway Comics and Strange Adventures. The Merry Marvel Magic Show events will be dedicated to, and a celebration of the late, great Stan Lee. Having had the opportunity to meet and perform for Stan several times, you'll also hear some first-hand stories of entertaining the beloved literary legend!

The Amazing Mr. J has been performing nationwide for over 20 years and lives by the belief that, "Life's a party, make it magic!"