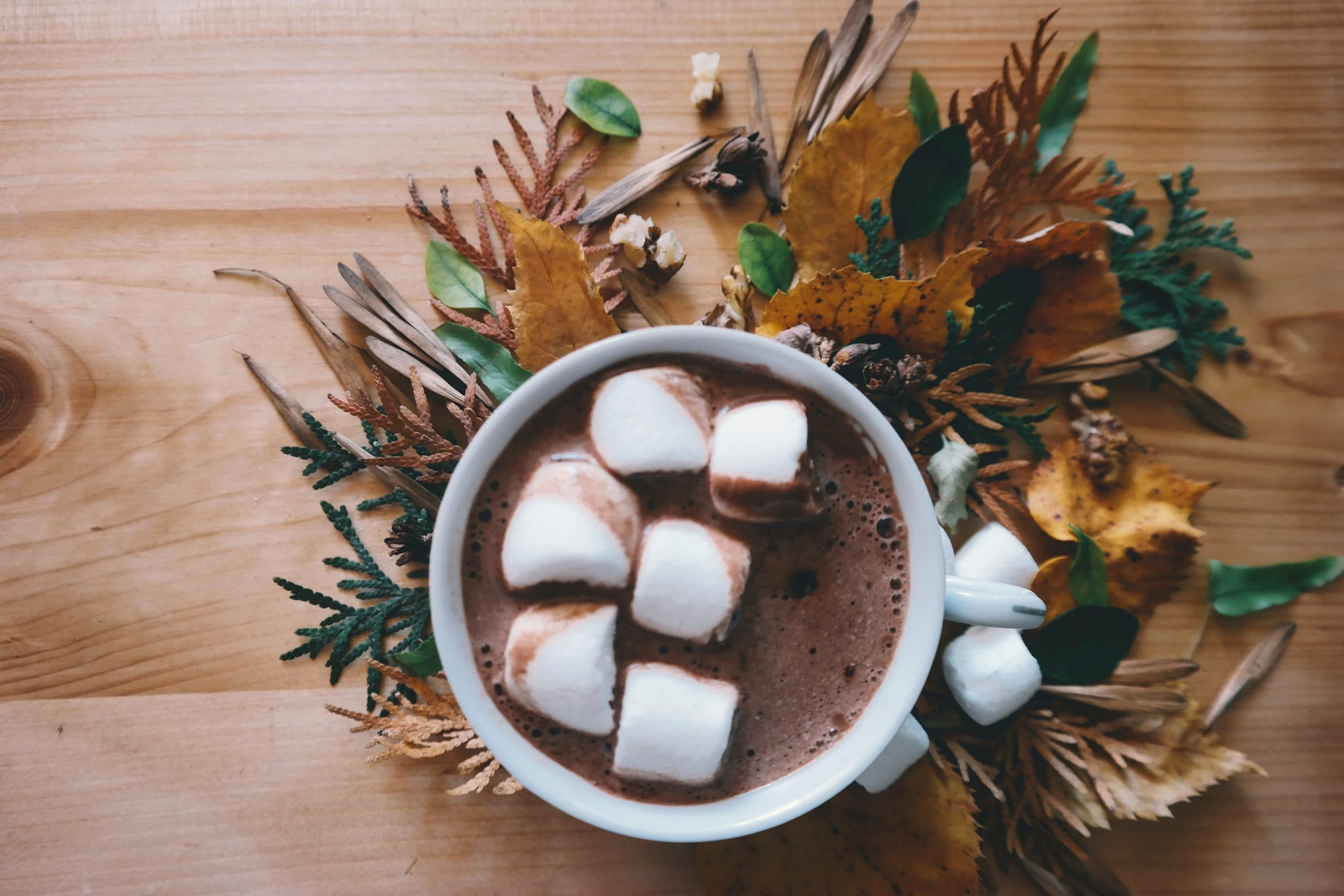 Warmth; the only word I could use to describe that cold December day. My best friend Evelyn Pierce, or Evie as I always called her, and I had just come home from school to two cups of hot chocolate. Topped with three mini marshmallows each, of course. It was the first time that Evie had seen my house, worn-out chairs and all, and it was also the day that my love of hot chocolate was born. Hot chocolate always came with a story, and better yet, snow sprinkling outside the window. I still remember pressing our faces against the basement window that day as the tiniest of flurries coated the ground outside.

From that day on, Evie and I were inseparable, and I like to think that hot chocolate was what cemented our friendship. Pillow fights, movie nights, cups of hot chocolate, and everything in-between became our thing. She was my first best friend, and the first person that I got to enjoy hot chocolate with.

I wish I could say that everything between Evie and I was always perfect, but I would be lying. We had to turn eleven at some point, and while I was still painfully shy, Evie was as social as could be. She began to make new friends, and even though she tried to include me, I always seemed to be stuck in her shadow. We had a tradition of drinking hot chocolate together every year on the day of the first snowfall, but that year for the first time, I drank it alone.

I looked down at my cup and I tried to decipher the story it told, but at first glance, there didn’t seem to be one. For a few years, I let myself believe that the magic of hot chocolate was gone, and that Evie had taken it with her.

I met Beck on the second day of eighth grade, and despite me being the most silent person in the room, he turned to me and stated ever so confidently, “I think I can make you laugh.” I thought that he must've been talking to someone else, so I ignored him, but a tap of his pencil on my desk made my eyes shift to meet his. He nodded and I just shrugged, inviting him to try.

“You’re quite the talker aren't you?”

“Absolutely. Now go on, make me laugh,” I said, surprising even myself that I actually spoke to someone without stumbling through every word.

“Oh, I didn’t actually have something prepared, I just wanted to see your reaction, everyone thinks you’re made of ice or something.”

“Yeah, your facial expressions almost never change,” he informed me.

“Ah well, winter is my favourite season,” I said with a shrug. He looked particularly offended, so I raised an eyebrow.

“Ice queen it is,” which earned him the smallest laugh from me.

It was a few months later in mid-November, a little too early for snow, when the first specks of white appeared underneath mine and Beck's feet. Instead of sulking for the third year in a row, I invited Beck to my house for a cup of hot chocolate, and he happily obliged. We walked through the growing amount of snow on the ground and I could feel the tips of my ears turning red. When we got there, I was met with a huge surprise: Evie. Beck didn’t seem to notice her and after briefly introducing them, he complained about the cold—he never seemed to grasp onto my love of winter—so I handed him my key. He entered, leaving me alone with my former best friend after almost two years of no contact.

“Just thought we might be able to continue our tradition,” she ventured. Part of me didn’t want to agree but the child in me did. I looked at her and then turned to face the road behind us, the snow piling up. I couldn’t very well continue standing around with her outside in the cold.

Surprisingly, the three of us connected pretty well, and the passing time didn’t seem to have affected Evie and me too much. I couldn’t let all of my feelings disappear quite yet, but I allowed the hot liquid to warm my heart. I let myself look down at my half-full cup with three mini marshmallows, and it started to tell a story again.

I breathed the biggest sigh of relief as I exited my last exam of the semester, with both of my best friends by my side. We didn’t discuss passing or failing but instead, we made plans to head to a local coffee shop. We trailed a small amount of snow through the establishment door, and made an effort to scrape it off of our boots before going any further. It was January, and definitely cold enough for a cup of my favourite drink.

Even though the barista added four marshmallows, that weren’t quite mini, I still felt the same holding my mug as I did every other time. I felt its warmth against my cold hands and I let it comfort me in the way it always did. The three of us drank and talked the world away—it took us almost an hour to finally finish our drinks.

“So Carmen, what story does this one tell?” Evie asked me as she gestured to the empty mug that I had just put down. I looked at her, then at Beck and back at her again before answering, “ours.” Her smile must have lit up the whole place, and I knew mine matched. Evie might have been my closest friend, and Beck was the one that I made when I needed someone the most, but truly, hot chocolate on the coldest winter days was my first friend.

The snow intensified outside and instead of waiting for someone to pick us up, I stepped onto the snow-covered pavement with my jacket halfheartedly zipped, and let a few snowflakes reach my tongue. I felt like a kid again, and even though my hands weren’t warm anymore, I knew that the hot chocolate had left its mark like every single cup that came before it did. My story was being written in hot chocolate and mini marshmallows, and I wouldn’t have it any other way.

Inspired by Sally's story and want to write your own short stories? See Sally's blog post, opens a new window for tips on where to start.

My name is Sally, I'm 17 years old and in grade 12. I'm focused on preparing for university and my current favourite hobbies are reading and writing, especially short stories.