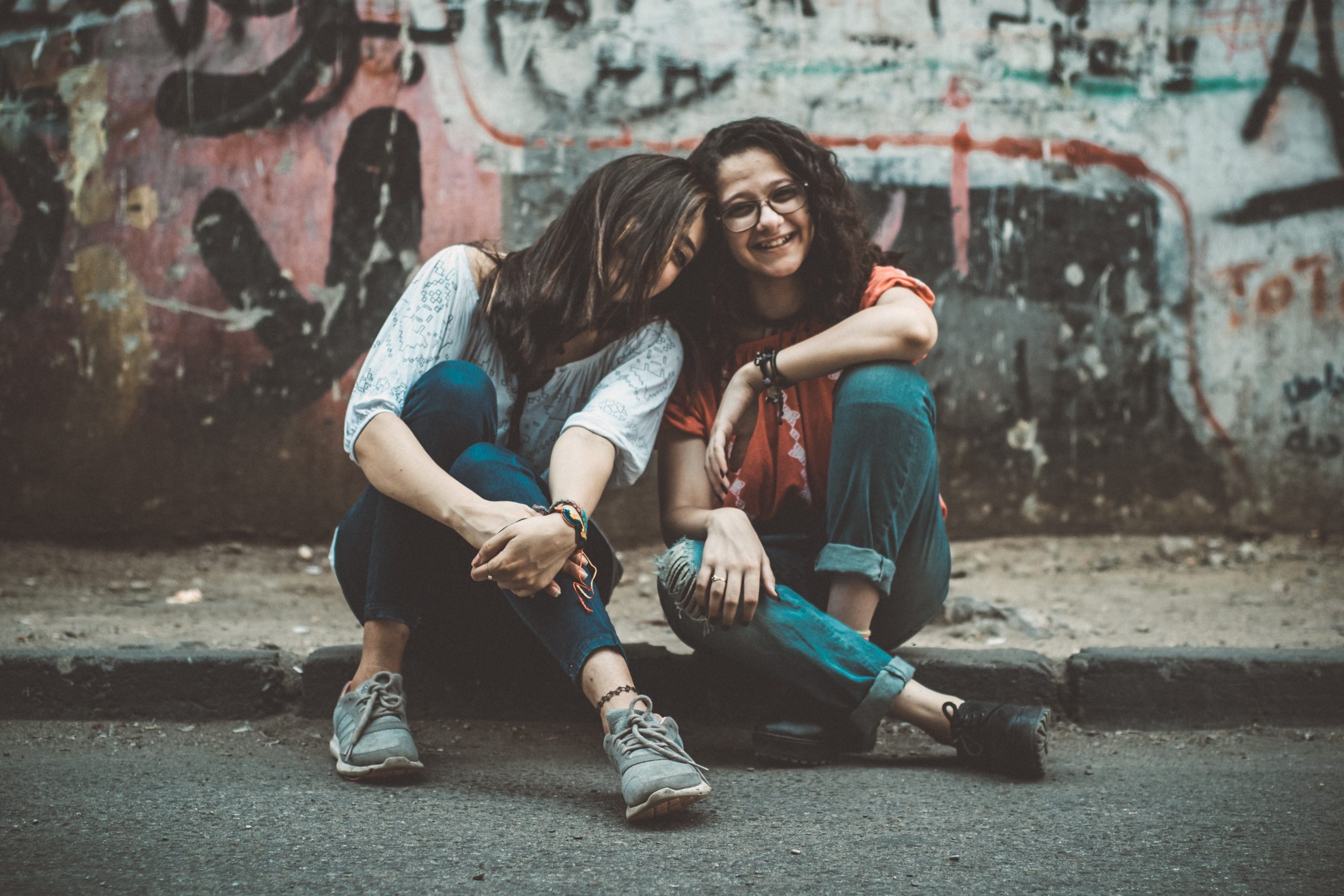 Everyone has something that scares them. For me it’s spiders and being alone. Well, mostly the alone part. Being alone with a couple spiders? Now that’s my biggest nightmare.

I had just moved halfway across the country after spending almost 14 years in the same small town. I had three close friends: Kate, Mila and Trinity. I’d known them for as long as I could remember.

My childhood friends were the type of friends you imagine your future with. We wanted our own kids to be best friends, but the summer before ninth grade my dad got a new job, which caused us to move. I was completely furious! I had everything planned out, but now I was left scrambling to pack up my whole life into a couple of boxes.

My first day at my new school was a complete disaster.

I could hear my mom’s voice ringing through my ears, “Remi, just introduce yourself to people, and talk about movies or something. It’s easier than you think to make friends.”

My mom was very social, and could make friends at any sport or activity my brother and I were involved in. I wish I had gotten that from her, and not just her crooked nose.

I couldn’t bring myself to talk to anyone on the first day, and for the first time since preschool I sat alone at lunch. I felt like everyone noticed that I was such a loner, though I doubt anyone actually did.

I flopped down onto my bed once I got home and pulled out my phone. Back in my hometown, my friends started school a few days beforehand, and the first Thursday of every school year, they would have a carnival at the local high school.

My friend Mila had posted pictures of her, Kate and Trinity having fun. That was the first year I had missed it. Looking at those pictures, I realized that they were fine without me.

Here I was, almost in tears, over a couple of stupid pictures. Everything was different now, our school had been so small that we shared all of our classes, and we always did the same extracurriculars. I was so lost on what to do now that I was alone.

A few days later, I reached out to Kate and asked her how she was, she replied a couple hours later saying she was fine, and didn’t even ask how I was. We still had our group chat, but it had been left empty since the last week of July. I was sure they had made a new one without including me, but I still couldn’t bring myself to delete the chat.

The next two weeks didn’t lead me any closer to making new friends. Really, they seemed to bring me further away.

I started sitting at the bus stop near the school to eat lunch, it felt less weird than being alone at a table. At least I could watch something or listen to music.

One particular Monday, about three quarters of the way through September, something changed.

I was listening to music and eating my lunch like usual when I heard footsteps. I looked up, and saw that it was a girl from my english class.

“Can I sit here?” She asked, I nodded and moved my lunchbox so she could join me on the bench.

“Sorry, I know this is so random, I’m Lizzie,” she told me as she outstretched her hand.

Lizzie seemed so bubbly compared to me. We continued talking for the rest of lunch, and instantly realized we had a bunch in common. We both loved caramel candy and smoothies. We started sitting together in english after that day.

By Halloween, we were basically best friends.

A couple days before the holiday, she asked me if I wanted to go trick-or-treating with her and three other friends from her drama class. I didn’t even think she’d have other friends, especially since we always ate together. With my old friends, if someone didn’t sit with us at lunch, that meant we were having a fight.

I was nervous to meet her friends but they were pretty cool. Hadley, Cara, and Evie were sweet and most importantly, their own people. I guess I always thought a friend group had to be carbon copies of each other.

Lizzie and her friends were as different as possible, but so close.

I pulled out my phone and scrolled down my messages, and found the old group chat with my friends. It had been vacant for almost three months and I finally didn’t feel like crying about it.

I slowly slid my finger across the chat and took a breath before pressing the delete button. Looking up, I noticed I had fallen behind and Lizzie had turned to come back towards me.

“Who was that?” She asked, I guess she noticed me delete it.

“No one important,” I responded with a sincere smile.

I put my phone away and we ran to catch up with the others.

I looked down at my bed, and picked up one of the pictures I had removed.

It was a childhood picture of me and my former friends. I decided to pin it back up. It was still a part of my life, and I may as well remember it fondly.

I was still the same Remi that I used to be, but not as afraid of being alone, and even a little less scared of spiders.

Inspired by Sally's story and want to write your own short stories? See Sally's blog post, opens a new window on tips for where to start. The Library is now accepting submissions for our 31st Annual Ghost Story Writing Contest., opens a new window

My name is Sally and I am 16 years old. This year I will be in grade 11. My hobbies include reading, playing violin, and of course, writing stories. It has become one of my favourite hobbies over the past year.