The earliest known picture postcard was sent in London, England in 1840. Writer, Theodore Hook, hand-painted the card and mailed it to himself. Historians believe it was probably intended as a practical joke on the British Postal Service, as the painted image depicts busy Postal Service workers.[1] In the years and decades that followed, the popularity and production of postcards grew steadily. Even now in the hyper-digital, social-media-dominated world of today, where photographs and messages can be sent at the click of a button, postcards remain a popular travel staple for tourists around the world. Head into any Nova Scotia gift shop in Halifax and you will find a wide range of postcards offering snapshots of popular and picturesque local sites—though they are all likely to be photographs that have only been taken very recently.

So what happens to older postcards? And what are they worth to us?

Did you know that Halifax Public Libraries has a special digital collection of over 400 rare, vintage, Halifax-area postcards? Some date back as far as the early 1900s!

These postcards, combined, essentially create a local historical photo album—each postcard offering a unique glimpse of our past. Halifax Public Libraries' local historic postcard collection has recently grown and been digitized so that anyone can browse them on our website. Check out the digital collection here.

As I worked on uploading the new finds to the digital collection, I couldn’t help but be drawn in to the people and places shown on the glossy cardstock; their stories depicted through the images, and sometimes through the still intact correspondence written on the back. 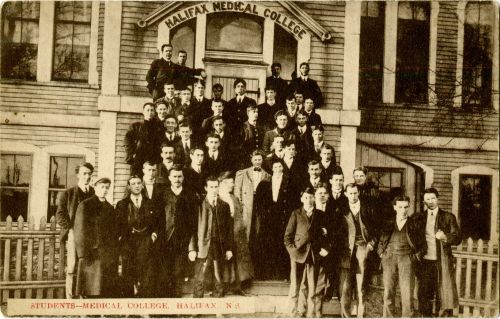 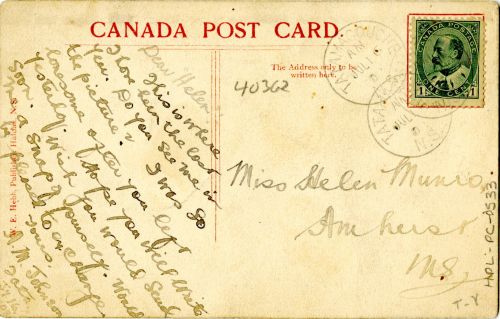 Take for example, this postcard (above), dated July 1908, featuring a photograph taken of medical students standing in front of the Halifax Medical College. Upon first glance I was intrigued, for several reasons:

Here is a quick summary of what I learned after doing a little research. The Halifax Medical College was founded in 1875 as a semi-independent medical school, run entirely by general practitioners. It was located on the corner of College and Carlton Streets, across from where the Sir Charles Tupper Medical Building stands today. By 1911, after a push for more research-based, academic-focused medical instruction, the Halifax Medical College was more or less dissolved and became fully integrated with Dalhousie University.[2] 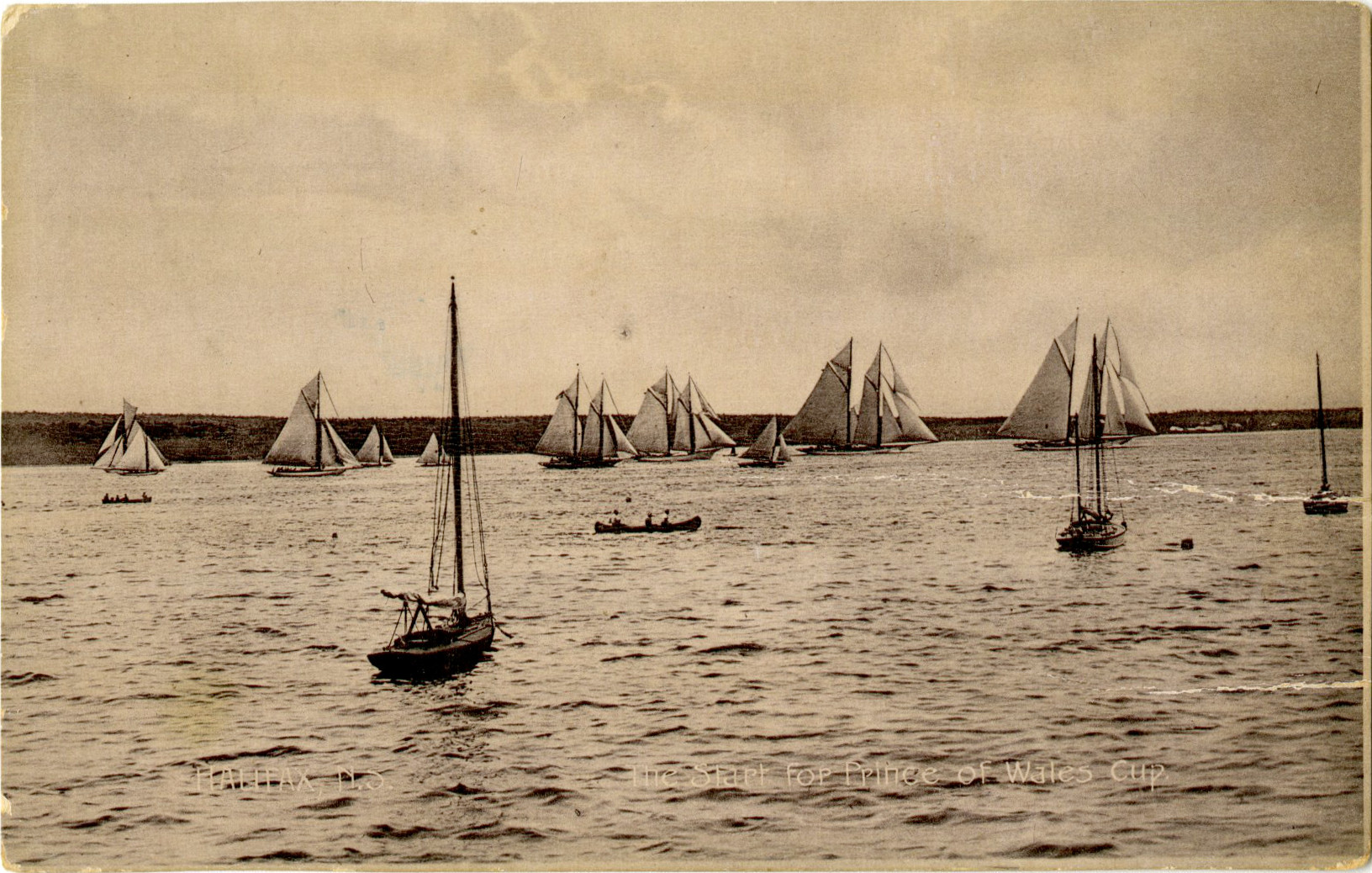 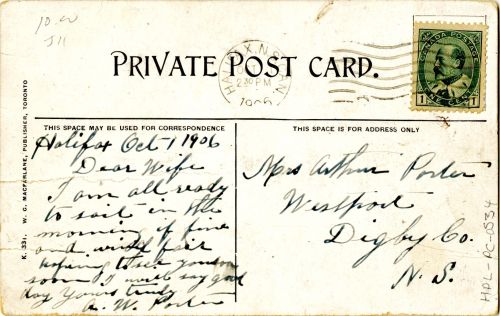 Next, I stumbled upon this postcard (above), dated October 1906, with correspondence written from a husband (A.W. Porter) to his wife.

The message on the back reads:

Dear wife, I am all ready to sail in this morning if fine and winds fair.
Hoping to see you soon. I will say good day. Yours truly, A.W. Porter

The mystery for me this time was not to do with the postcard image, but with Mr. and Mrs. Porter themselves. I was curious about their story. So I decided to try my hand at a little genealogy research, and see what I could find. There was not a lot to go on—just a name and address—but using online library-accessed databases like Ancestry.ca and Nova Scotia Vital Statistics, this turned out to be enough to create a rough timeline of their lives together, which I will share with you below: 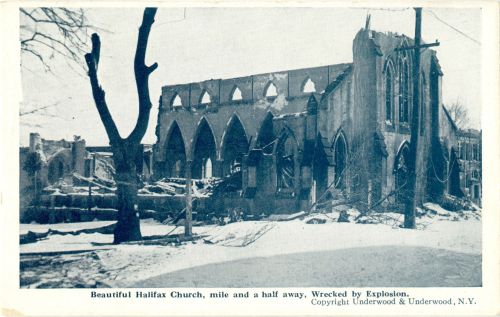 Another postcard that caught my eye was this one (above) offering a view of some of the physical aftermath of the Halifax Explosion in 1917. The haunting image shows what remains of St. Joseph’s Roman Catholic Church, which once stood on the corner of Kaye and Gottingen in Halifax’s North End. In order to identify the church, I began by researching which churches were damaged by the Explosion, and then specifically looked up images of St Joseph’s to confirm it was the same building shown in the postcard. 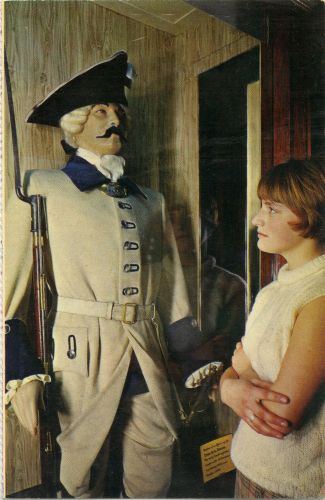 The last postcard I’d like to highlight (above) is much more lighthearted and has become a personal favourite. In it, a woman appears to be contemplating a mannequin depicting a dashing, mustachioed soldier at the Army Museum at Citadel Hill. There is no real research mystery involved (besides perhaps wondering whatever happened to the woman in the shot), it’s just a really great, funny photo that makes me smile every time I see it!

Browse the rest of our digital postcard collection here.