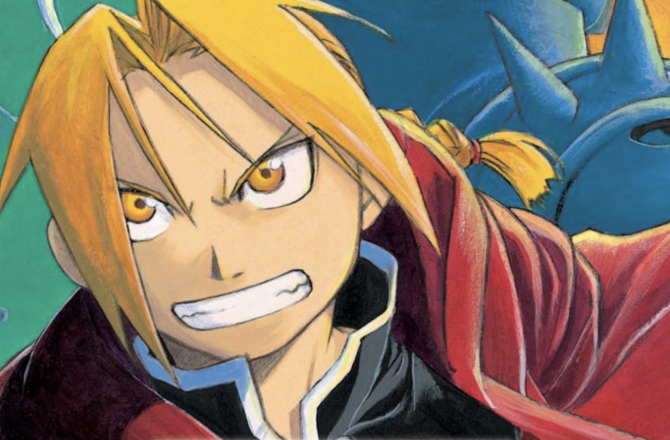 As kids, many of us never understood the concept of death or dying, or wished that it wouldn’t happen to our loved ones, but because all living things must die with time for new generations to be born, we are unable to prevent it. While many stories talk about life and death, immortality and mortality, there is one that talks about the risks of preventing death, and how although it may be possible in the future, it carries with it many dangers.

The science of Alchemy

When the idea of “Science” was first created, many people used Alchemy, a form of scientific magic. And, while there may not be a lot of proof that it worked, it existed and helped to create our modern sciences.

But at what cost? Unfortunately, many have learned the cost the hard way, including Edward and Alphonse Elric in Fullmetal Alchemist.

The first law of ‘Equivalent Exchange’ is that if you want something, you must first sacrifice something of equal or greater value. Before the story of Fullmetal Alchemist Edward and Alphonse Elric learned this principle the hard way. The Elric brothers grew up in a happy home in the small town of Resembool with their mother, Trisha. One night when their mother passes away from sickness, the 2 brothers follow in their father’s footsteps of Alchemy, attempting a transmutation that had been labelled as taboo for its ability to revive the dead.

The brothers manage to scrape together all the components of a human body; water, sulphur, phosphorus, and iron just to name a few. The only problem is they’re still missing one ingredient: A soul. Unfortunately, the cost of a human soul has no equivalent, and when the brothers attempt to revive their mother, they each lose a part of themselves. Edward his left leg, and Alphonse his entire body. To make matters worse, the result of their attempt creates a deformed monster worse than any nightmare and forces Edward to sacrifice his right arm to bind his younger brothers soul to a suit of armour left behind by their father. When Edward and Alphonse tried to bring back their mother, they both were sent to the Gate to face judgment, and this was when they each lost a part of themselves as a sacrifice. In exchange for Edward’s sacrifice, he was able to communicate with ‘The Truth’ and learned much of its knowledge, such as how to use Alchemy without a transmutation circle, but was it worth his sacrifice?

After the disaster, the Elric Brothers' adoptive grandmother, Pinako Rockbell, takes them in and gives Edward a new arm and leg made out of automail; an advanced form of our modern day prosthetics. Pinako and her granddaughter Winry cares for the brothers for several months while they heal. Later, Roy Mustang invites Edward to become a State Alchemist, while working behind the scenes to find a way to bring his brothers body back by finding the Philosopher's Stone. This stone is the only way to transmute something without obeying the law of Equivalent Exchange, but it comes with a price. Three years later, Edward is given the title of ‘Fullmetal’, a reference to his automail, and the brothers set off in search of the Philosopher’s Stone.

In search of the Philosopher's Stone

During one of their first adventures, the brothers stumble across a man named Cornello in the small town of Reole who claims to be able to perform miracles, and bring people back from the dead. But, quickly Edward and Alphonse learn that Cornello is a liar, and is using a stone to create small ‘miracles’ while being manipulated by Lust and Gluttony; Homunculi and personifications of the “Seven Deadly Sins” created by a powerful alchemist. The Elric brothers manage to easily outsmart Cornello and reveal his lies to the entire town, but in the end, his ‘miracle stone’ turns out to be a fake, and crumbles to dust. It was merely a test.

As Ed and Alphonse continue their journey across Amestris, they meet both friends and enemies, many of whom play both sides of the coin for their own personal gain. They make both allies and rivalries with those on both sides. One of these ‘allies’ goes as far as using his own family as test subjects to create talking chimeras - various animals and sometimes even humans mixed together to create hideous monsters - in hopes of gaining further investments from the Amestrian government to delve deeper into his studies.  While many people use Alchemy for evil purposes in their world, there are many who use its powers for good, such as Dr. Marcoh, who uses an experimental stone to heal people in his village, or Izumi Curtis who taught the Elric brothers not only how to survive, but also how to use Alchemy for good purposes. In the midst of the brother’s travels, they meet a mysterious man, who is only known as ‘Scar’. When they first run into him, he scoffs at the brother’s for their arrogance and misuse of ‘God’s power,’ and tries to condemn them by killing them in cold blood, but he very quickly learns that although Edward is a State Alchemist, he has his own more personal agenda to pursue and that he is not the biggest threat to his home.

Because of the many dangers that plague Amestris, the Elric brothers learn to tread quietly and keep hidden, as they know there are many who wish to kill them and those who aid them. The most threatening of these is ‘Father’, the creator of the seven Homunculi, and a mysterious man who wants to achieve and surpass the power of God by wielding a perfect Philosopher’s Stone. Although the brothers know of many threats, they do not realize just how far the roots of evil have grown into their own nation and government, threatening to tear it apart bit by bit from the inside, like a virus, until nothing remains but the shell. To make matters worse, Ed and Alphonse quickly start to piece together why human transmutation is forbidden, as well as the cost of making a perfect Philosopher’s stone, setting the wheels turning towards the entire nation’s doom…

Although the story of Fullmetal Alchemist can be a difficult one to follow, it is well worth the read. The reason I say this is because not only does it look at the idea of ‘What if we could achieve immortality?,’ or ‘What if we could resurrect the dead?’, but it also shows the potential and very real dangers of such feats.

While Fullmetal Alchemist is a fictitious story, Alchemy was and still is a very real form of science, and was studied by many religious people for over 2,500 years. Because of this, whenever someone would attempt a forbidden transmutation in this story, they would be taken to the ‘Gate of Truth,’ or the equivalent to ‘God’s domain’. This is important because it makes many of us wonder if there is a reason certain things are taboo.

As I’ve stated before in the Seraph of the End review, there are reasons our ancestors labelled certain experiments as forbidden, not only because we are afraid of the effects they might have, but also because we believe we are not meant to dabble in the power of a god. We as humans believe in gods and divine beings because it gives us not only hope, but a way to explain unnatural events and phenomena that we call miracles. Many ancient civilizations created and adapted various gods for their own pantheon, using them to explain storms and plagues, and believed that all of these supernatural things must be the powers of a god, as no human could wield such power unless they were to study the forbidden, and gain knowledge no one else could. This is why our ancestors labeled things like Alchemy taboo, because they knew that such power in the hands of humans could destroy the world, because we were not meant to have that great of a power at our disposal.

Fullmetal Alchemist also shows the idea of how easily a government can be corrupted from both the inside and outside, as shown by the Ishval war and their own experimentation within the confines of this story. It translates back to real events in our own world. Many of our governments and rulers allowed and sometimes so much as praised the idea of experimentation on ‘the enemy’ in the past to further our own studies. However, this idea is not meant to say that we should not trust those who we appoint as our leaders, but instead that we should be cautious about the decisions we as a nation and world make, and that we as a people have a right to ask questions and find answers. The reason for this is because if we don’t, we lose our rights and freedoms to vote and question what happens around us, and return to the days of Dictatorships and Empires built upon the greed and desires of a select few who have only their best interests in mind, and not those of the entire nation.

If there’s one thing we can take away from this story it would be this question: ‘If you could live forever, and save everyone you love from the hands of death, would you?’, because the honest truth is, many of us would say yes; to Immortality and being able to protect our loved ones. But at what cost? Well, if the answer is anything like that to Fullmetal Alchemist, it may cost the blood of an entire nation…

“Humankind cannot gain anything without first giving something in return. To obtain, something of equal value must be lost. That is alchemy's first law of equivalent exchange. In those days, we really believed that to be the world's one and only truth.” ~ Alphonse Elric