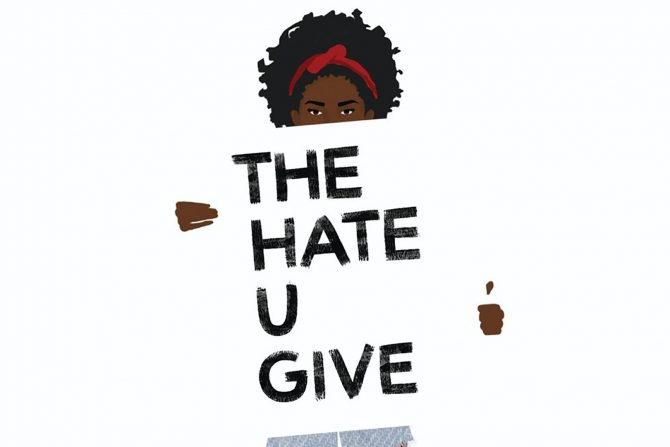 "The Hate U Give Little Infants ****’s Everybody. THUG LIFE." ~Tupac

I don’t think it’s an exaggeration to say that I’ve witnessed a YA book truly begin to change the world. And if you’ve already read (or re-read multiple times, like me) The Hate U Give, then you’ll understand why.

The Hate U Give

Inspired by the Black Lives Matter movement, this YA novel puts us in the shoes of Starr Carter, an unforgettable girl faced with tragedy and choices that, unfortunately, are much too common. It’s heartfelt, hilarious, and stunning. Not to mention it really makes you think about very important aspects in our communities.

If you haven’t read THUG (The Hate U Give) yet, then maybe you want some more proof. How about the fact that it debuted as a #1 New York Times bestseller, and has been on the list ever since? Or that it received eight starred reviews, or that John Green declared it a “classic of our time?” Do I even need more proof? If you’re still not convinced though, keep reading for more proof that you need to read The Hate U Give, even if it’s the only book you read this year. It’s definitely the most important one.

John Green, who is a legend, didn’t call this book “a classic of our time” for nothing. In this book, a sixteen-year-old Black girl named Starr Carter moves between two worlds: the poor neighbourhood where she lives and the fancy suburban school she attends. The uneasy balance between these worlds is shattered when Starr witnesses the fatal shooting of her childhood best friend Khalil at the hands of a white police officer. Khalil was unarmed and harmless. Soon afterward, his death is a national headline. Some are calling him a thug, maybe even a drug dealer and a gangbanger. Protesters are taking to the streets in Khalil’s name. Some cops and the local drug lord try to intimidate Starr and her family. Her neighbourhood becomes a war zone. What everyone wants to know is: what really went down that night? And the only person alive who can answer that is Starr. But what Starr does—or does not—say could upend her community. It could also endanger her life.

The strongest aspect of this book is its social commentary and political criticism. This is the kind of book that should be in the hands of teens, making them aware of current issues, educating them on important matters in life, and encouraging them to get involved to create a change, even if it’s just in their community. I finished this book with an entirely new perspective I will carry with me in the future. It poses many important questions about racism, police brutality, discrimination, and prejudice while also answering them in an inviting way. It was fascinating to see the actions and beliefs of such a powerful movement like Black Lives Matter, transformed into an accessible form of media for people.

I think that the most important message in this book is about using your voice. I believe this book has the power to make readers realize just how much their words matter. Starr Carter is a perfect example of an individual who feels their voice does not matter but through courage, risk-taking, participation in life-or-death situations and ultimate strength, she realizes how crucial it is to speak up for what you are passionate about no matter how terrifying the consequences may seem. And I believe you will leave this book with that revelation as well.

I absolutely adored this book. I honestly don’t think that there is a single problem with it. Every topic addressed in the book was approached so wonderfully and was not held back. If you're looking for a diverse read that stands out amongst most YA books, The Hate U Give is the book for you. It is a book you will not forget.

I also adore Starr Carter. She's honestly such an inspiration to girls looking to find their voice. She is resilient, authentic, and everything we need in people today. Although she is not completely fearless, she faces the racism and discrimination that people throw at her and fights for what’s right. I don't know many people who could juggle the stress in their life and come out with guns (in this case, words) blazing. Every moment in this book just filled me with pride for this girl.

I love the family dynamic in this book. I think it honestly might be the most healthy, realistic, close-knit family I've ever read in a YA novel or watched in a movie. The siblings may tease each other, but they protect each other fiercely. The parents may not always get along, but they are head over heels in love. They always attempt to do what is best for their children, even if it may not be their own personal preference. It was so nice to have just a scene of a family sitting down to watch sports together, throwing a pool party, always working together, having their flaws revealed in the book, which is something that I rarely see.

But that’s not all. THUG also deals with friendships in the face of racial tensions, the struggle to keep family united when you have different views, and what it really means to pursue a better life for yourself and the ones you love. It will ALSO have you laughing out loud between the sessions of ugly crying and screaming your head off, so really, this book has everything. This book is all you need in life.

Oh, and for the people who did read it, there is going to be a movie in the fall!!!! Starring Amandla Stenberg, Sabrina Carpenter, K.J. Apa and many more. The trailer is amazing, and the book is beautiful, and I do not think that life could be any better.[a1]

I cannot recommend this book enough. It's absolutely one of my favorite books of all time. I am so happy The Hate U Give exists, and I'm even more ecstatic that it is a #1 NYT best seller, out the world, ready to help teens realize how important they really are. Please pick up "THUG". You will not regret it.