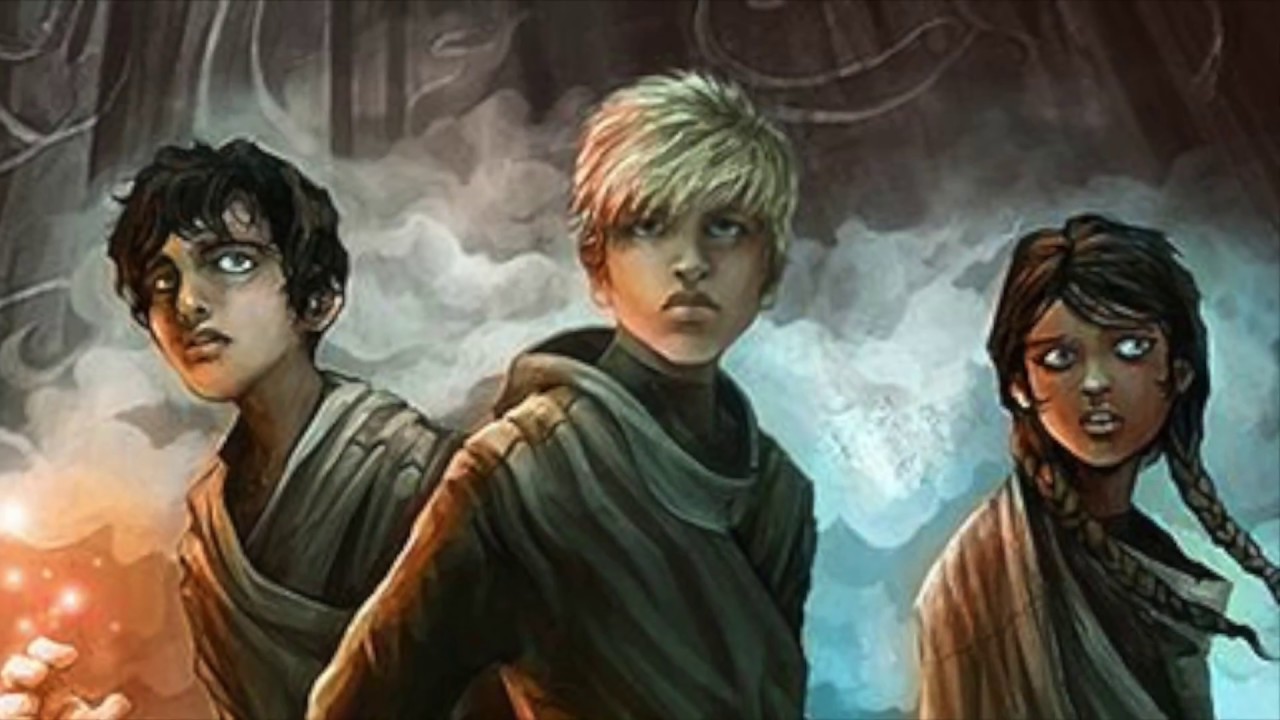 A book by Holly Black and Cassandra Clare that I did not know about until March. How is it even possible I didn't know about this?!!!

A series written by 2 of my favourite authors?

AND I JUST DIDN'T KNOW?!

HOW?! How is that possible?

You know what, let’s just pretend that I know about this from a very long time, and just chose to read it recently and leave it for later, so let’s talk about the actual book.

Most people would do anything to get into the Magisterium and pass the Iron Trial. Not Callum Hunt. Callum Hunt does not want to be a magician. He has been told his whole life that he should never trust a magician. And so, he tries his best to do his worst—and fails at failing. How does someone do that? I have no idea.

All his life, his father has warned him about the dangers of magic, and the evil ways of the mages, who teach youngsters to use their powers in the underground world of the Magisterium. He is chosen to train with Master Rufus, the best and most respected mage in the Magisterium. Callum (Call) is ripped away from his normal life in Carolina, separated from his father, and plunged into a world his father has said would be worse than death.

But even with a dark blurb like this one, The Iron Trial is, surprisingly, a hugely fun, inventive middle grade fantasy novel. Yes, there are a few parallels to Harry Potter, but I think that just makes it better. Clare and Black take those patterns and expectations we have from Harry Potter and just turn them completely upside-down.

For example, Call doesn’t want to be a magician. He wants to fail at magic. His experience is not like Hogwarts. His experience there alternates between being extremely boring (sorting piles of sand, anyone?) and terrifying (the elementals are awesome and petrifying creations), and Call isn’t sure who to trust. He can’t even trust his own parents anymore. His mother’s dying words: "Kill the Child," apparently meaning her own infant son. And his father . . . has he been protecting Call all these years, or lying to him? Is Master Rufus a friend or enemy? Will Call ever be allowed to leave his new home? And what about his new friends? What should he think of them?

I liked Call a lot. His leg was badly broken when he was a baby, and his trouble walking helps us somehow understand his personality. He gets extremely frustrated when he can’t walk fast enough to catch up with the rest of the students, or when he has to sit out while other students run around the gym. Sometimes when people make fun of him he gets so mad and frustrated that he loses control over his powers and something around him explodes.

It’s really moving when he wonders if he can learn to fly using magic in order to make him able to move more and become less of a burden to his group and friends. He is mistrustful but empathetic, capable and yet deeply flawed and is misunderstood by others until they get to know him. I really liked the cast of supporting characters. His fellow apprentices are great, especially Tamara and Aaron and they are extremely understanding. They even start helping him move around the magisterium after a little while. The magic system is creative and logical and the world-building is fantastic.

The Iron Trial is the first book in a series of 5, and it will for sure make you want to continue reading, and after that huge, massive, mind-blowing twist at the end (no spoilers, but oh boy!) how can you not want to read on?