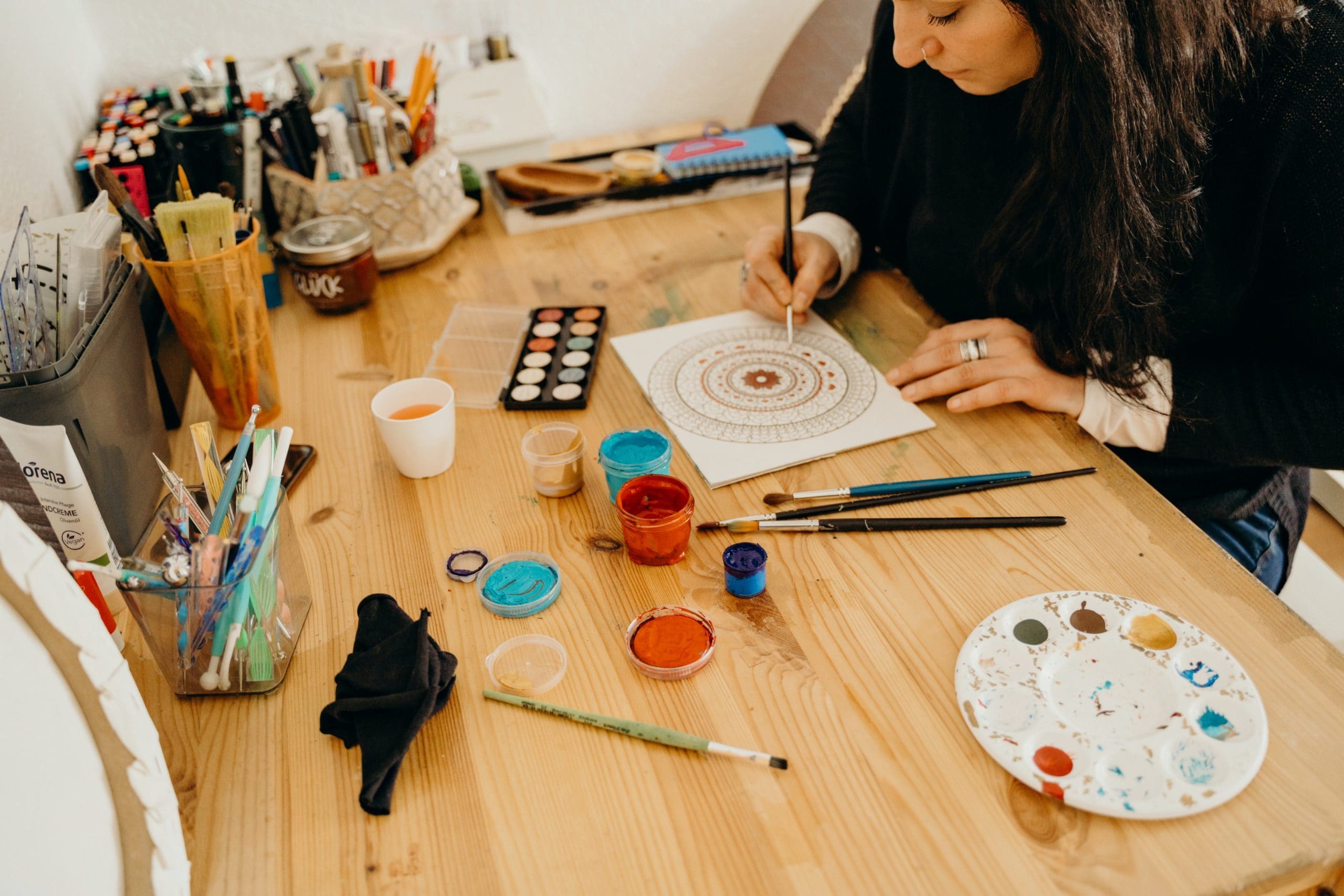 This year, our Creative Doers volunteers created art to be displayed in our Libraries. Their artwork will be featured in the teen area at Central Library until the end of the summer.

Many of us have seen or heard the word “mandala” before, whether it be in a painting, novel, or colouring book. To some, it may look like a bunch of circles, triangles, or religious shapes and symbols. But to others, and in reality, it is YOUR sacred circle that tells your story and a lot about you.

As many people know, drawing encourages creativity and self-expression, and is a great way to release emotional blockages. Creating your mandala, by painting, colouring, or drawing is a form of therapy! In many cases, it can help reduce anxiety, tension, and stress–THAT isn't meaningless at all!

So, where did this art form originate and how were they originally made?

Mandalas first originated and were produced in Tibet, India, Nepal, China, Japan, and Indonesia. They were created in service to a very prominent religion: Buddhism. Mandalas were seen as a symbol of the universe in its ideal form, showing joy and positivity as well.

Mandalas were one of the first forms of Buddhist art, appearing around the first century B.C.E. During this time, the art form was painted onto scrolls and taken by travellers over the Eurasian continent for trade and good luck.

During the first century B.C.E. mandalas were created in a systematic way with a total of five steps. 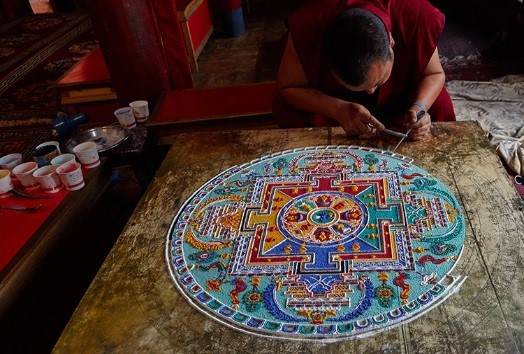 Buddhist painters would first have to prepare the painting surface for the mandala. The most commonly used method was a cloth stretched on a wooden frame. Applied over the support was a top layer called gesso, a white earth pigment, like chalk or clay. The gesso was polished to help create a smooth surface.

A sketch was then completed to establish a design.

Many mandalas were "fixed" by Buddhist tradition, leaving little space for creativity by the artist. They often relied on memory or a standard example to create their designs.

The final drawing/sketch was outlined with a brush and black ink.

The artist would start to paint the mandala by adding bright bursts of colour to their creation. Back then, paints came in two types - mineral pigments and organic dyes. Mineral pigments were mixed in with a binder, usually hide glue, before being applied as paint (usually used for the first coat of colours).

The artist would start to outline and shade the mandala using organic dyes.

Most Buddhist painters finished by scraping off excess paint with a knife to create an even layer. The artist would dust and smooth the mandala as well. This helped restore a matte finish and picked up any remaining paint dust.

The final pigment used was gold.

Obviously, the mandalas that we see in adult colouring books or in New York City today aren’t going through this lengthy process. Mandalas are printed and shipped all across the world, ready for you to colour or paint.

Personally, I have tried these colouring books, but they don’t give me the satisfaction that I think I should be getting. So, using my own design as inspiration, I’ve created a mandala using some simple materials.

First, I drew a small circle in the middle of the canvas to act as a guide. I decorated the outside and inside with lines and curves, super simple for beginners.

I then drew a circle around my design to end that section and moved on to drawing triangles, hill-shapes and lines.

I completed my sketch with a black border (using sharpies) and pink flower petals in the corners. When I was happy with my sketch, I proceeded to outline everything with black sharpies. Then, I picked out bright and pale colours to paint my original mandala.

I have to admit, it turned out better than I had anticipated, and it gave me more satisfaction than the mandala colouring books that I could buy for $8.

While painting and drawing my mandala, I noticed myself feeling more relaxed and less stressed. With the spike of COVID-19 cases and isolation, I felt like some weight had been lifted off my back while I was creating this beautiful piece of art. I’m glad that I took some time for myself and my mental health to create a mandala, originating from Asia.

Check out the websites I used to source information:

Theertha Madhi is a high school student with future goals of becoming a paediatrician. She enjoys spending her time with family and friends and has been playing piano for more than 8 years.